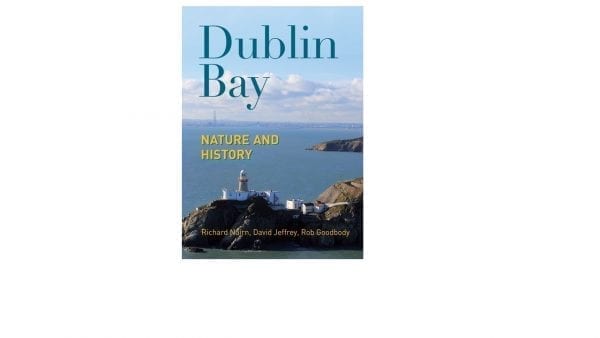 On the fringe of Dublin’s hive of human activity, a miraculous coastal ecosystem carries on as it has done since the last Ice Age. Beaches, saltmarshes, rocky shores, cliffs, islands and offshore sandbanks all support millions of tiny creatures and thousands of migratory birds from as far afield as Arctic Canada and tropical Africa.

Nature is intimately linked with the people whose lives unfold around it, and over a million people have direct access to Dublin Bay. We need to understand how we are affecting its ecosystem, from the disturbance of birds to dredging of shipping channels and the longer-term implications of climate change. Weaving the kindred strands of history and nature, the authors tell the fascinating story of the bay.

The development of the port city has been mirrored by major changes in the coastal environment. Learn how the creation of Dublin Port caused the formation of Bull Island, or how the cockles and mussels immortalised in “Molly Malone” caused typhoid fever throughout the city. The human and natural components of the bay have learned to coexist and, in some cases, even to depend on each other. The bay has stretched its arms widely to embrace countless generations of Dubliners: it is a life support system, an economic asset and an invaluable recreational resource. This new look at a familiar seascape authoritatively explains its importance to the past, present and future of our city and country. Hardback:256 pages