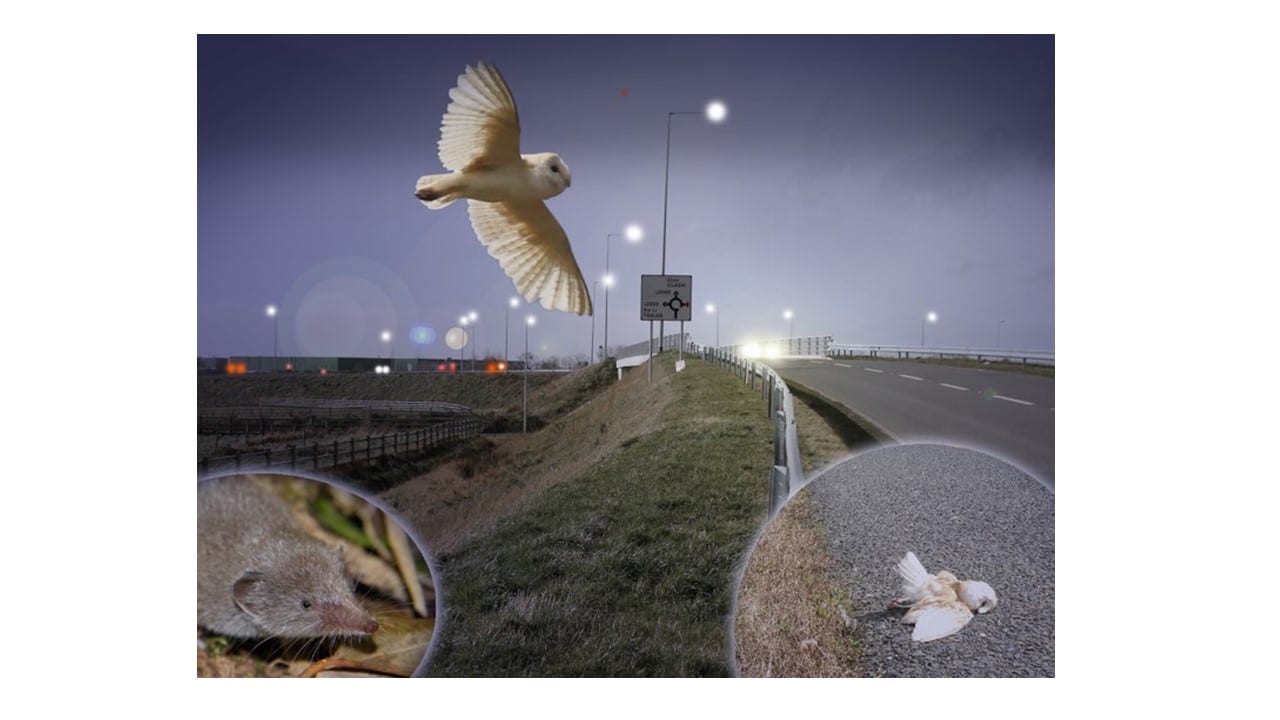 Throughout the Barn Owl’s extensive range, where there are major roads, there are inevitably road fatalities. Barn Owls are one of the most susceptible birds to vehicle collisions. Research carried out by BirdWatch Ireland and Transport Infrastructure Ireland has shed light on the extent of Barn Owl deaths which occur on Irish roads and for the first time an insight on the behaviour of Barn Owls in relation to roads, particularly how they use roadside verges for foraging and how this can increase the risk of collision. The findings of this research has now been applied to the design of new mitigation measures which will be incorporated during the early planning phases of national road schemes, with the aim of reducing the effects of road networks on Barn Owl populations.

The design of the mitigation which is aimed to prevent Barn Owls from crossing the road at the flight height of vehicles, while maintaining suitable foraging conditions protected behind a natural screen

Road infrastructure is essential to our everyday lives, but it can come at a cost for biodiversity. Vehicle collision is the main cause of death for a diverse range of wildlife and can contribute to population declines and increase the risk of extinction for vulnerable species.

Mitigation strategies to reduce collisions and impacts on wildlife are standard in the planning and design of all new road developments in Ireland. Since the mid noughties, all new constructed motorways were fitted with a range of structures to prevent road deaths of mammals, including fencing to restrict animal access to the road, underpasses to allow for safe crossing and an overpass green bridge for bats.

Although the potential impacts of new road developments and the inevitable mortality of Barn Owls were recognised by road authorities and developers, there were no measures in place to reduce the risk of collision. This was partly due to the inherent difficulties in designing and implementing road mitigation strategies for birds, but an additional obstacle had been a limited understanding of the response and behaviour of Barn Owls to major roads, and how this influences their risk of collision.

This has now changed, with the publication of new research led by BirdWatch Ireland and commissioned by Transport Infrastructure Ireland which answers many of the previously unknown questions, such as the extent of mortality of Barn Owls on Irish roads, the factors which influence their risk of vehicle collision, and importantly how Barn Owl behave in relation to roads and how they exploit roadside verges for foraging.

A road casualty survey on the M8 Motorway and the Tralee Bypass estimated a mortality rate of 51 and 60 Barn Owls per 100 km per year on these routes. This information is necessary to understand the scale of the problem and the requirement for effective mitigation solutions. This study, published by Transport Infrastructure Ireland also identifies the specific characteristics of roads where risk of collision for Barn Owls is greatest, and with the use of specialised GPS transmitters, uncovered how Barn Owls use and exploit roadside verges. John Lusby, of BirdWatch Ireland who led the research explained, “We saw that individual birds which were fitted with GPS transmitters routinely hunted along the verges of major roads. Barn Owls are attracted to hunt these long, linear habitats, which are also suitable for their small mammal prey. However, this can be a high-risk foraging habitat due to the proximity to the road, and we observed that the places that Barn Owls were most frequently killed on roads were those which were close to suitable foraging conditions.”

A female Barn Owl fitted with a GPS transmitter (left) to track her movements and foraging behaviour in relation to the nearby M8 motorway © Michael O’Clery. The movements of this female are shown in the map, which shows her frequent encounters with the M8 motorway (right).

The findings of this research have been used to develop new measures which are aimed at reducing the risk of Barn Owl mortality on Irish roads. Transport Infrastructure Ireland and BirdWatch Ireland devised the ‘Survey and Mitigation Standards for Barn Owls’, now published by Transport Infrastructure Ireland. These standards include survey requirements for Barn Owl to ensure that direct disturbance effects to breeding sites can be identified and avoided during the construction of new road projects. The more challenging mitigation to design has been measures to reduce the risk of vehicle collision for Barn Owls. These measures, which will be considered in the planning of new road projects, aim to discourage Barn Owls from flying or foraging in close proximity to major roads and to divert the flight height of birds above the height of vehicles. Where the width of the verge allows, suitable foraging conditions will be provided, behind natural screening to protect the birds while foraging. These measures will be targeted to the sections of road where they are most required and based on proximity to known Barn Owl nest sites.

The mitigation measures which will now be considered in the planning of all new national road projects.

Dr. Vincent O’Malley, Head of Environment of Transport Infrastructure Ireland, commented, “We are delighted to support innovative research such as this because it provides the scientific evidence for the development of appropriate mitigation measures for the protection of Barn Owls which interact with the national road network. As many of these new measures have not been implemented previously, it will be important to regularly monitor these measures to ensure their effectiveness.”

The research report ‘The Interactions between Barn Owls and Major Roads: Informing Management and Mitigation’ is available here: 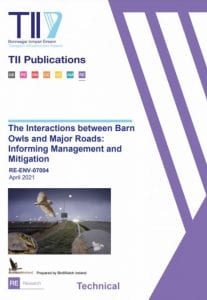 The ‘Survey and Mitigation Standards for Barn Owls to inform the Planning, Construction and Operation of National Road Projects’ is available here: 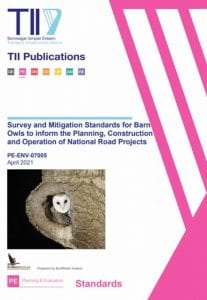 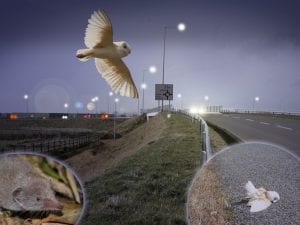