Protecting Corncrakes and their habitats

Our staff are involved in Corncrake conservation measures including habitat management on Tory Island off the coast of Co Donegal and on our Termoncarragh Reserve in Co Mayo.

BirdWatch Ireland is working closely with landowners and farmers to help with the conservation of one of Ireland’s most critically endangered birds. 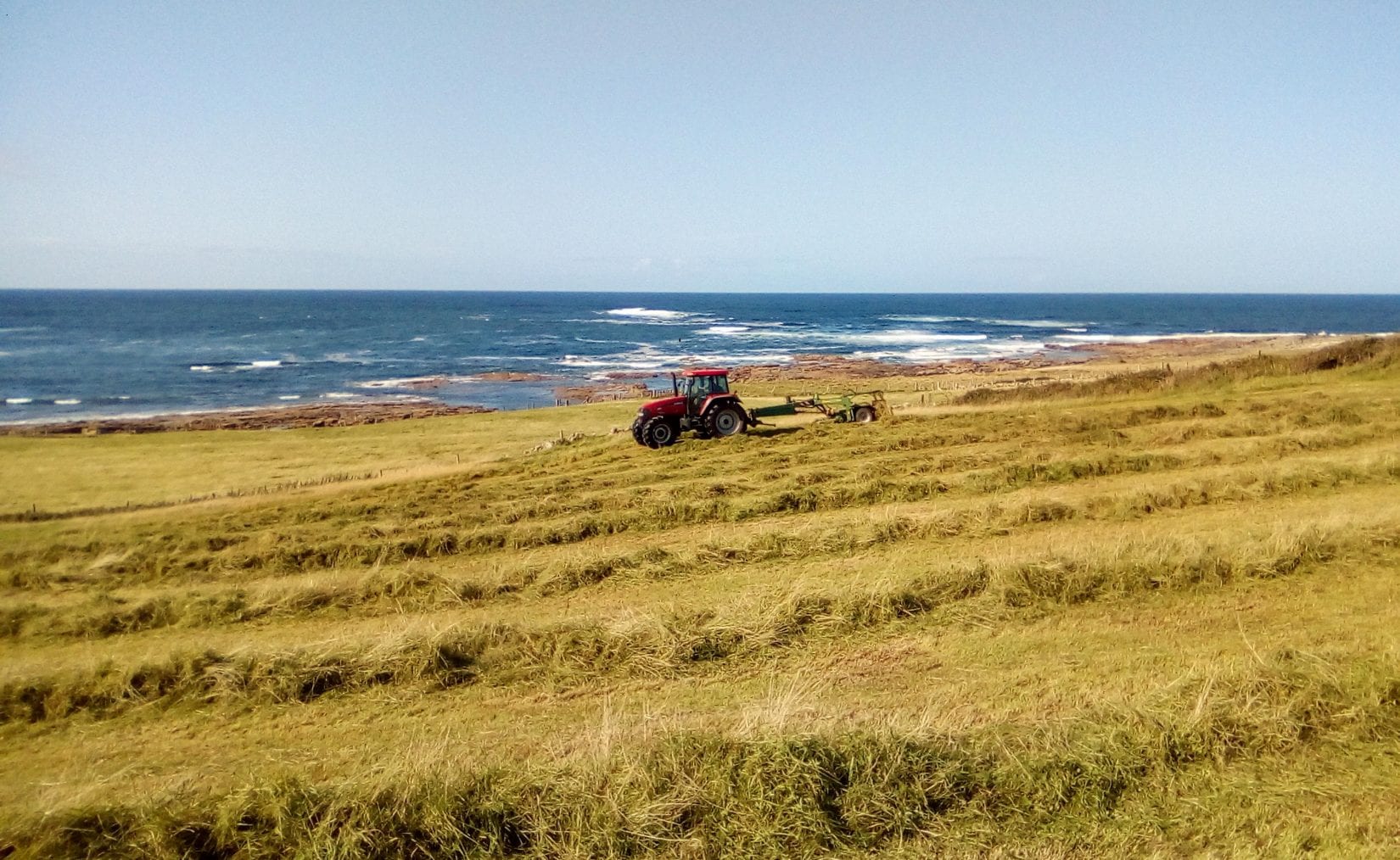 Corncrakes in Ireland use traditional hay meadows and other grasslands such as silage fields. The NPWS Corncrake Grant Scheme offers payments to farmers in return for delaying cutting their grass. This delayed approach gives the Corncrake an opportunity to escape the blades of the mower and  allow it to nest twice and rear its chicks. Farmers are encouraged to mow their fields from the centre out and at a slower speed. This strategy allows any remaining Corncrakes to escape to the outside edges of a field without becoming trapped .

Corncrakes were once numerous across Ireland but are now confined to Donegal and West Connaught. In 2018, 151 calling males were recorded by the National Parks and Wildlife Service (NPWS) approximately two thirds of which are in Donegal. Just over half the population is now confined to offshore islands. Strongholds include Inishboffin, Tory and the mullet Peninsula. Over the past 10 years numbers have fluctuated between 100 and 200 pairs. 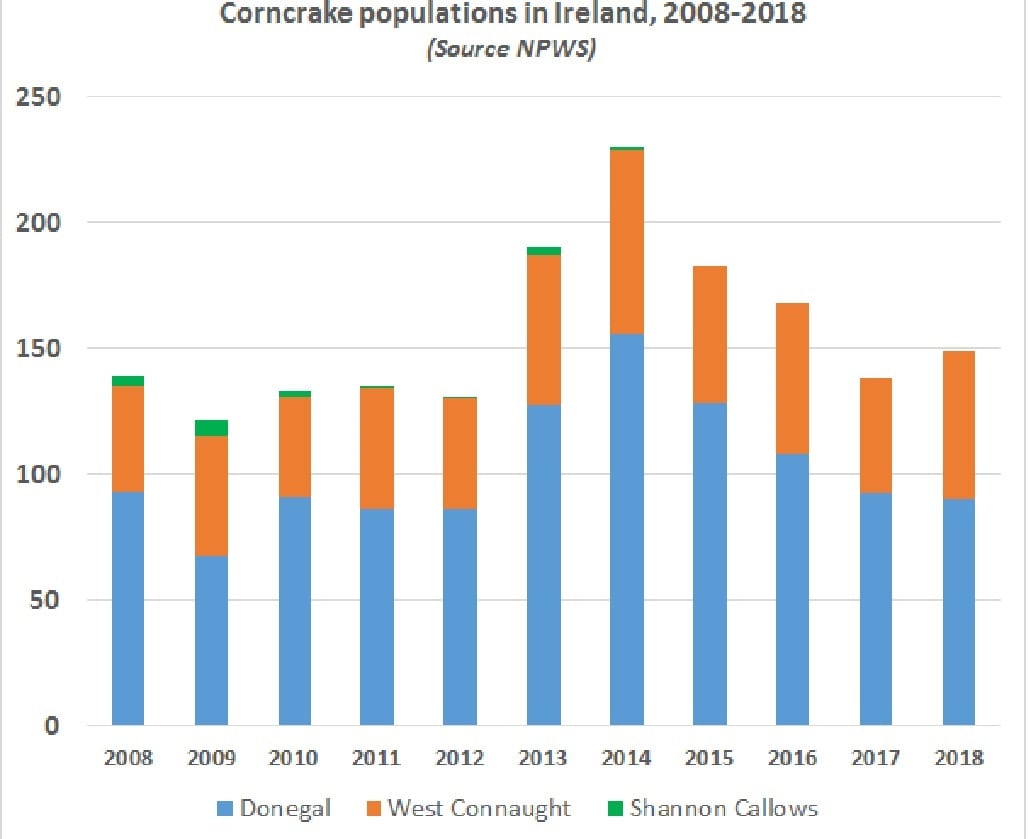 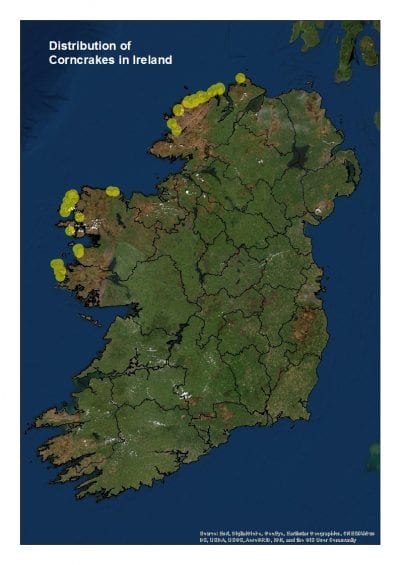 Corncrakes were once found in every parish in Ireland, but, since the early 1900s, numbers began to decline.  They started to disappear from the south east first and gradually retreated northwards and westwards, to the extent that they are now confined to the areas shown on the map.  A population remained in the Shannon Callows until around 2010, but summer flooding in the early 00’s resulted in their extinction there also.

Corncrakes are most likely to be heard from mid April to early July.  Their distinctive rasping call is usually heard late at night, but they can call during the day as well.  It is usually only the male that calls, to defend his territory or attract a female.

Corncrakes are most frequent in coastal areas of Donegal, Mayo and Galway, but they can turn up anywhere, especially on migration during the early spring or late summer.  They usually call from meadows or tall vegetation.

If you think you have seen or heard a corncrake, click below. 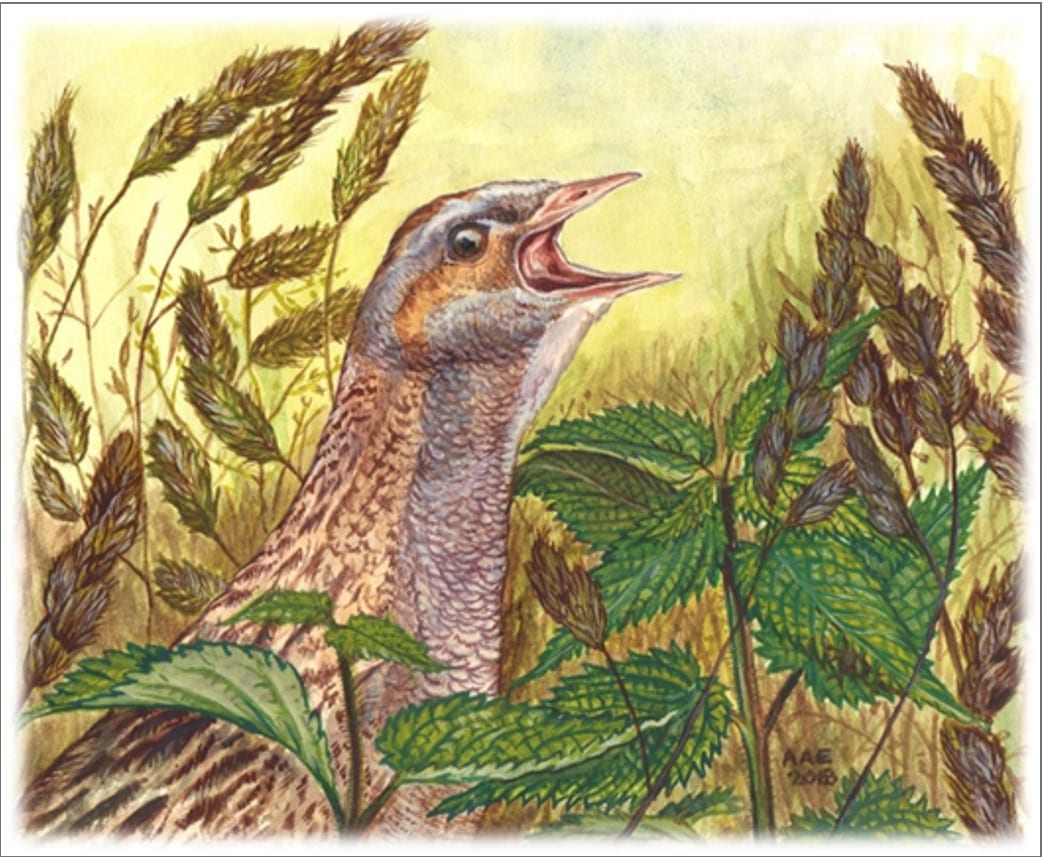 Get involved.
Together we can
make a difference!