The International Swan Census is carried out every 5 years to get an up-to-date picture of how our migratory swan species – the Whooper Swan and Bewick’s Swan – are faring. The census is coordinated in the Republic of Ireland through the I-WeBS team in BirdWatch Ireland. 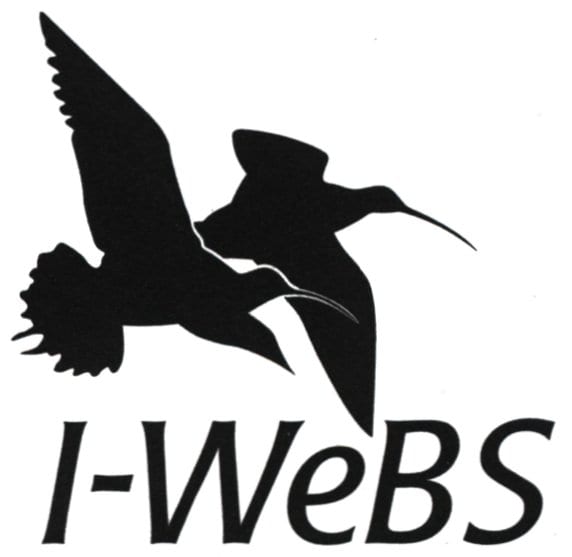 Because this is a census, we’re literally trying to count every single Whooper and Bewick’s Swan in Ireland on the weekend of 11th/12th January 2020. Most waterbirds are monitored at wetland sites through the Irish Wetland Bird Survey (I-WeBS), but because our migratory swan species often feed on grassland fields during the day they don’t always get counted. Because of that, every 5 years we mobilise our network of experienced birdwatchers, NPWS conservation rangers and BirdWatch Ireland staff and try and find every single flock over one weekend. In Northern Ireland, the census is coordinated by the Irish Whooper Swan Study Group. It’s an international census too, so birdwatchers all over Iceland, Britain, the Isle of Man and plenty more European countries will be out doing the same thing.

Why do we count our Whooper and Bewick’s Swans?

Ireland is a really important country for Whooper Swans in particular and around 35% of the entire Icelandic breeding population relies on the Republic of Ireland as a safe and reliable place to spend each winter. They start arriving here around October, spending the winter on wetlands and grasslands all across the country where they will feed and rest, before returning to Iceland again in the spring to nest. Ireland has an international obligation to monitor and protect it’s migratory waterbird species, particularly our Whooper Swans. As well as that, they’re an important part of our culture and heritage and are the species that would have inspired stories like the ‘Children of Lir’ in centuries gone by.

What did we learn from the last Swan census?

The last Swan census was in January 2015. Back then, we found out that the Irish population of Whooper Swans had increased to almost 12,000 individuals in the Republic of Ireland, which was 35% of the international population. The number of juveniles in the Swan flocks here was higher than in any of the other countries, suggesting the Irish swans are doing something right! Whoopers were found in every county in Ireland, with the exception of Dublin.  Counties Galway, Roscommon, Mayo and Cavan all had over 1,000 Whoopers during the last census. Some of the most important sites around the country included the Shannon Callows in Offaly, Wexford Slobs, River Suck in Roscommon, Kilmacshane in Galway and the Cashin River in Kerry. Interestingly, around 70% of Whoopers in ROI were found on pasture and grasslands, but in Britain only 13% used these habitats, preferring arable crops and stubbles instead. 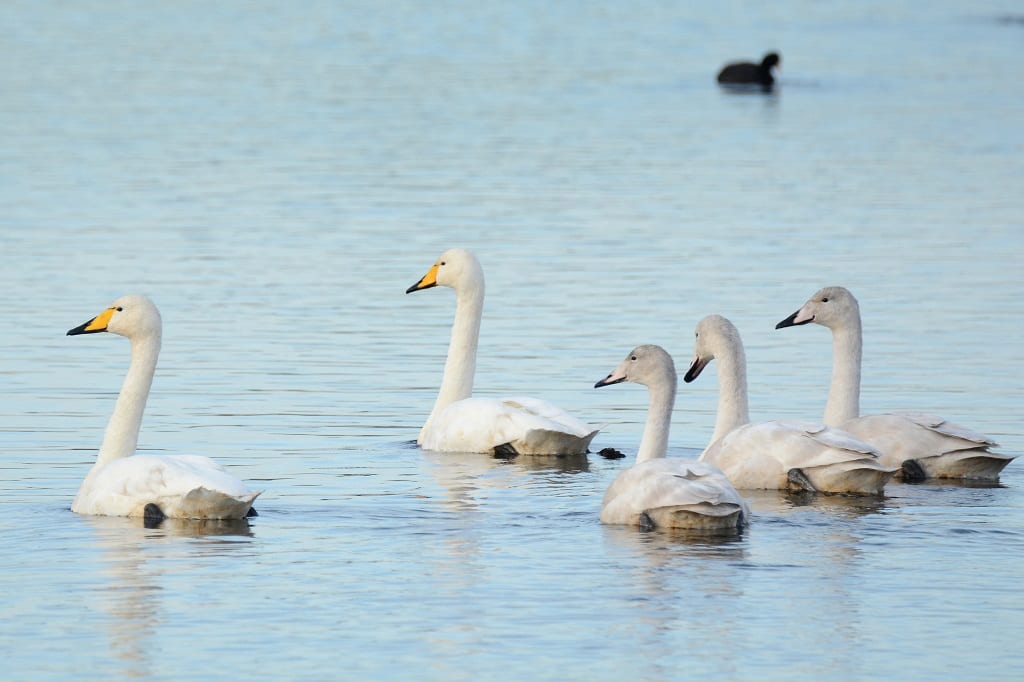 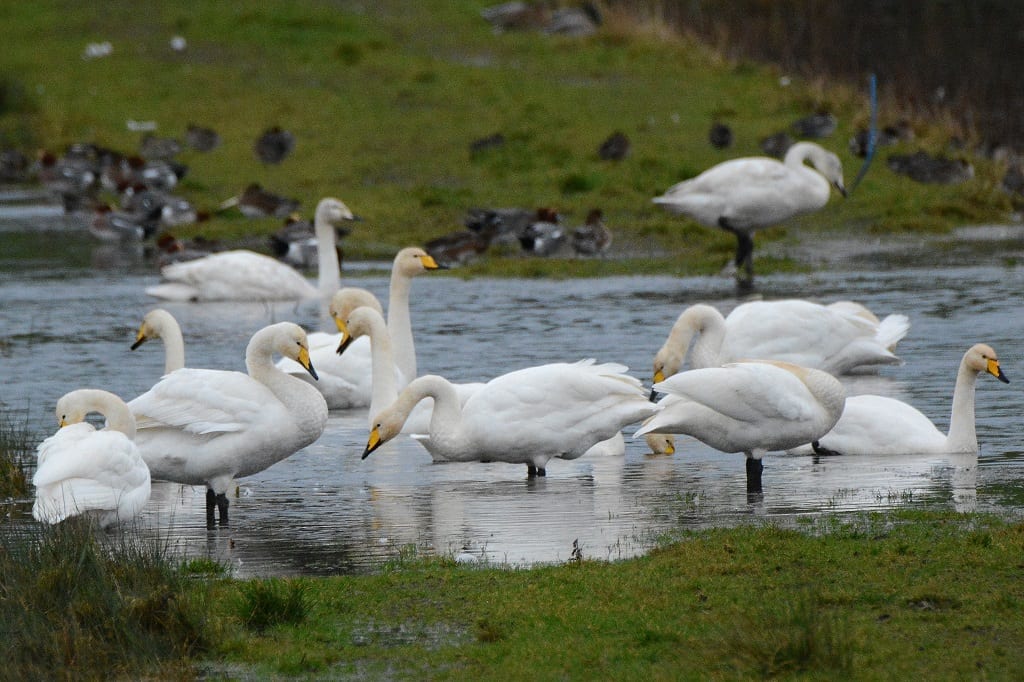 Email to get involved in the Swan Census 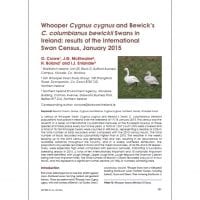 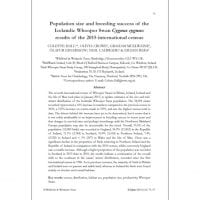 Results from the 2015 International Swan Census, on the wintering grounds of the Icelandic Whooper Swan population. Published in ‘Wildfowl’, the Journal of the Wildfowl & Wetlands Trust (WWT). Hall,…