Assessing the effects of roads on Barn Owls to inform mitigation

The Barn Owl and Major Roads Project has undertaken innovative research to understand the nature and effects of road mortality and the response of Barn Owls to roads, to inform new mitigation solutions to safeguard the population.

As one of our most iconic birds, and a sentinel species for the health of our countryside, there have been significant concerns over extensive declines in the Barn Owl population recorded over the past 40 years.

Alongside the intensification of agriculture and the increased use of rodenticides, the expansion of major road networks has been implicated as a factor which has contributed to the decline of Barn Owls. Due to their low flight and hunting behaviour Barn Owls are especially susceptible to vehicle collision and mortality on roads is a significant cause of death.

This project aims to determine the extent and effects of road mortality on Barn Owl populations, and to understand the individual behavioural response and interactions to road networks, which is necessary to identify evidence-based mitigation solutions. We investigated: (i) the extent of and factors which influence Barn Owl vehicle collisions, (ii) the suitability of roadside verges for foraging Barn Owls, (iii) the spatial distribution, occupancy and breeding performance of Barn Owls in relation to road networks, and (iv) the foraging behaviour and movement patterns of individual birds in relation to major roads in the Republic of Ireland. We are currently working with Transport Infrastructure Ireland to design and implement evidence-based mitigation measures to reduce the effects of major road networks on Barn Owl populations for the first time in Ireland. 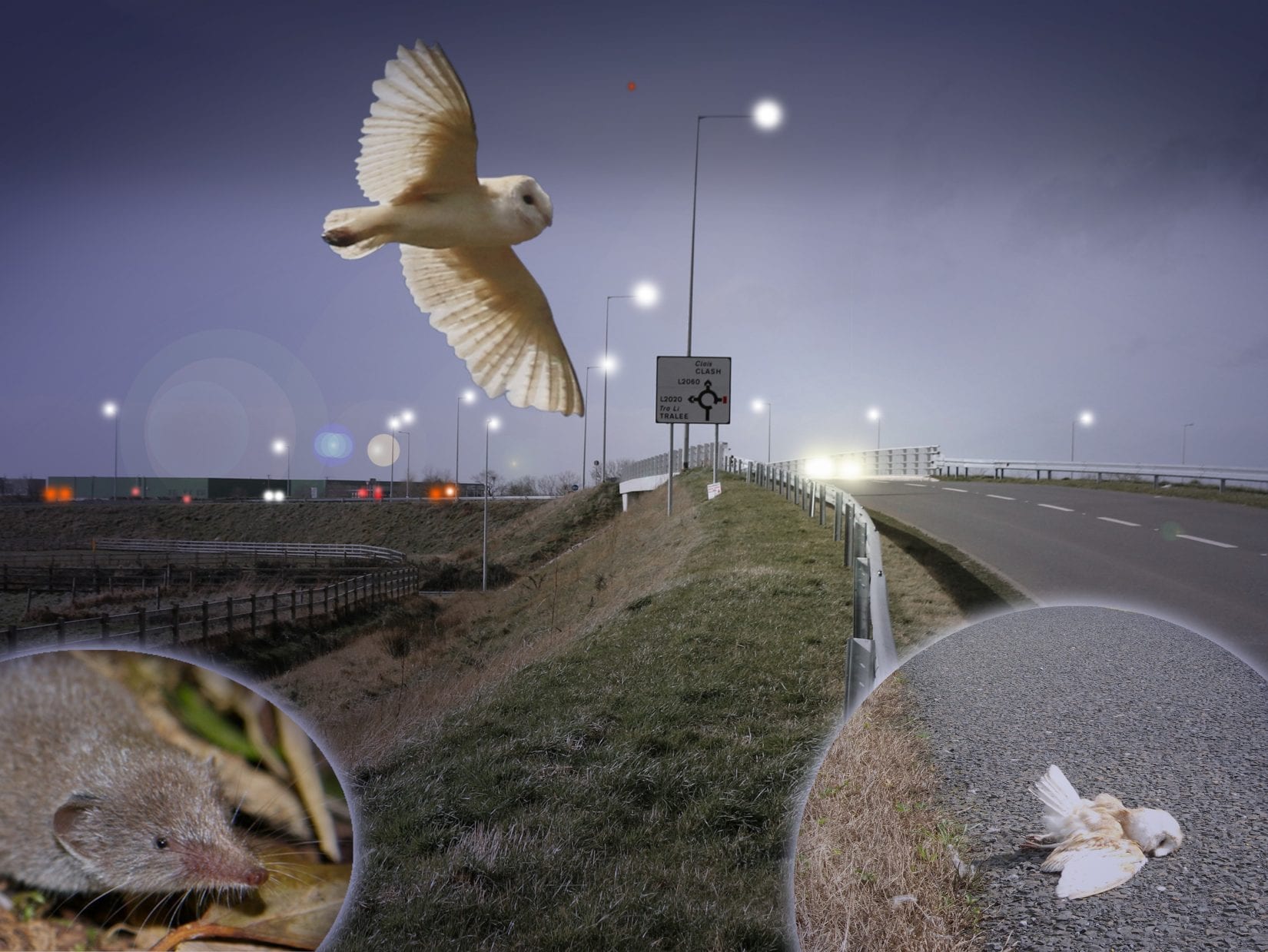 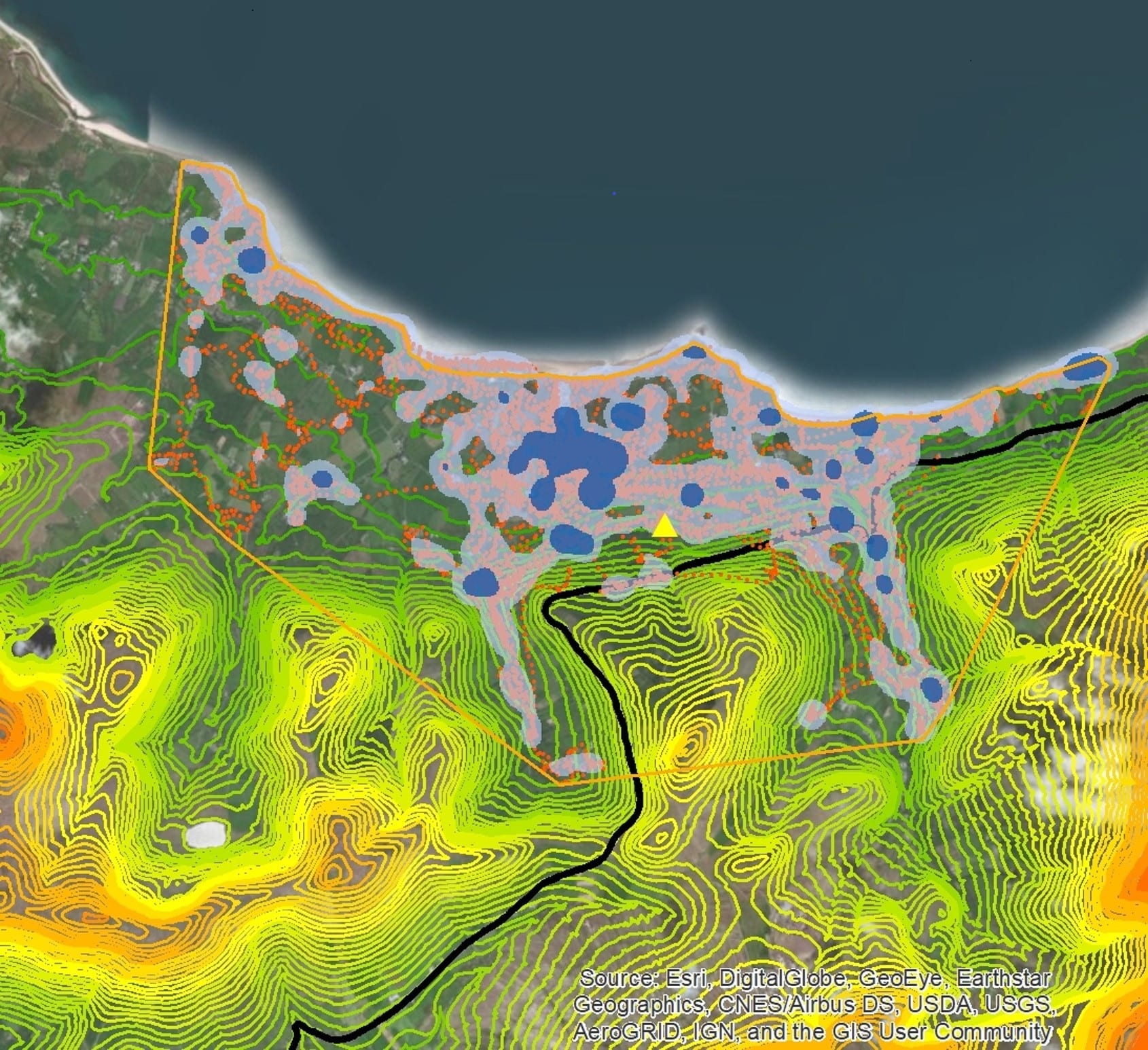 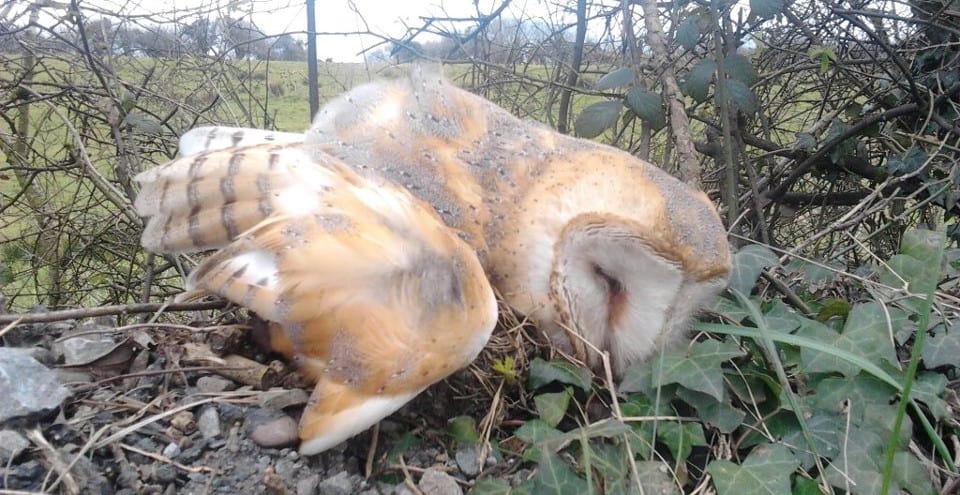