Another record broken on Rockabill! 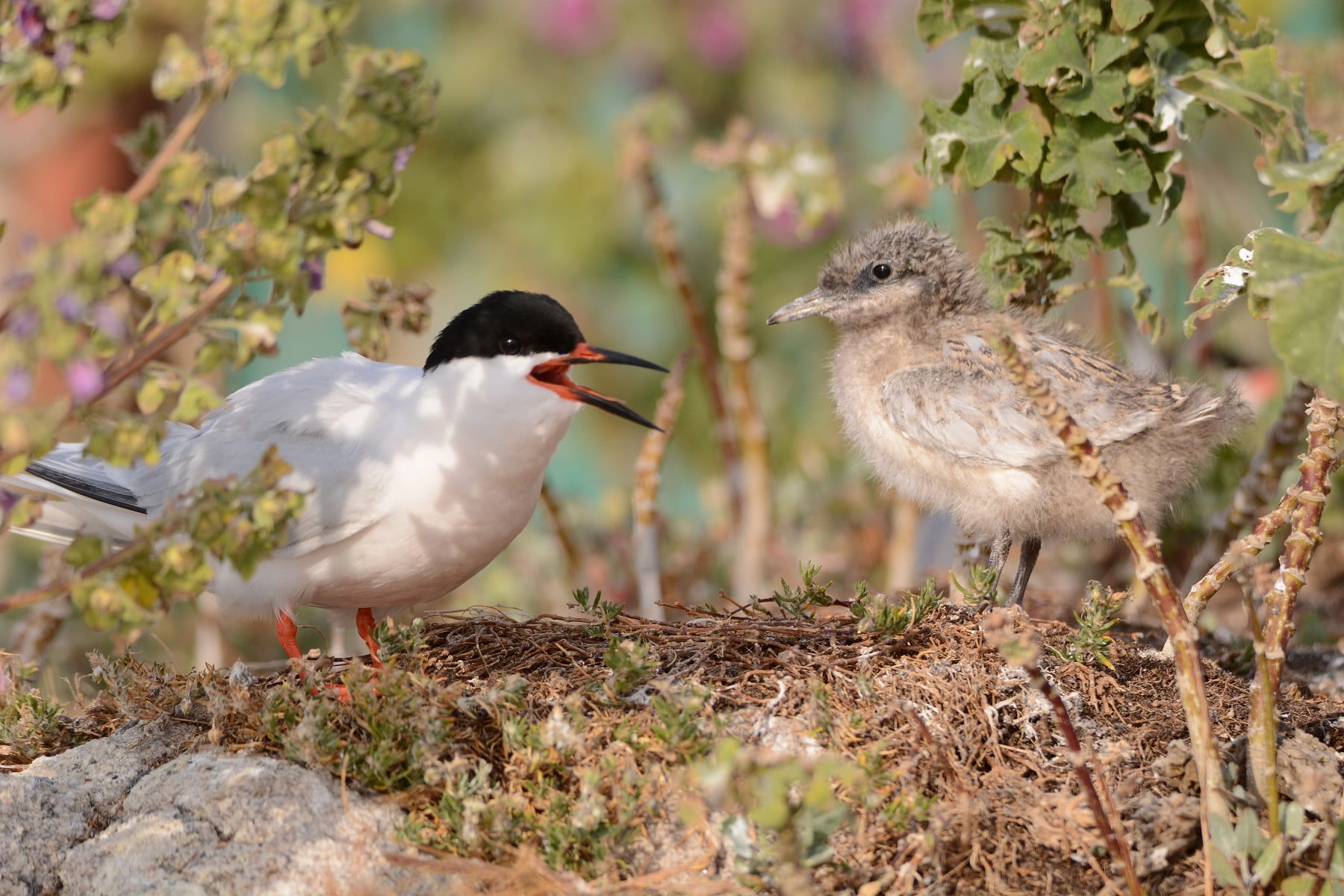 It’s been a long time since we have updated you about what has been happening on Rockabill. So why have we been so quiet? Have we been enjoying our splendid isolation so much that we completely forgot about the outside world? 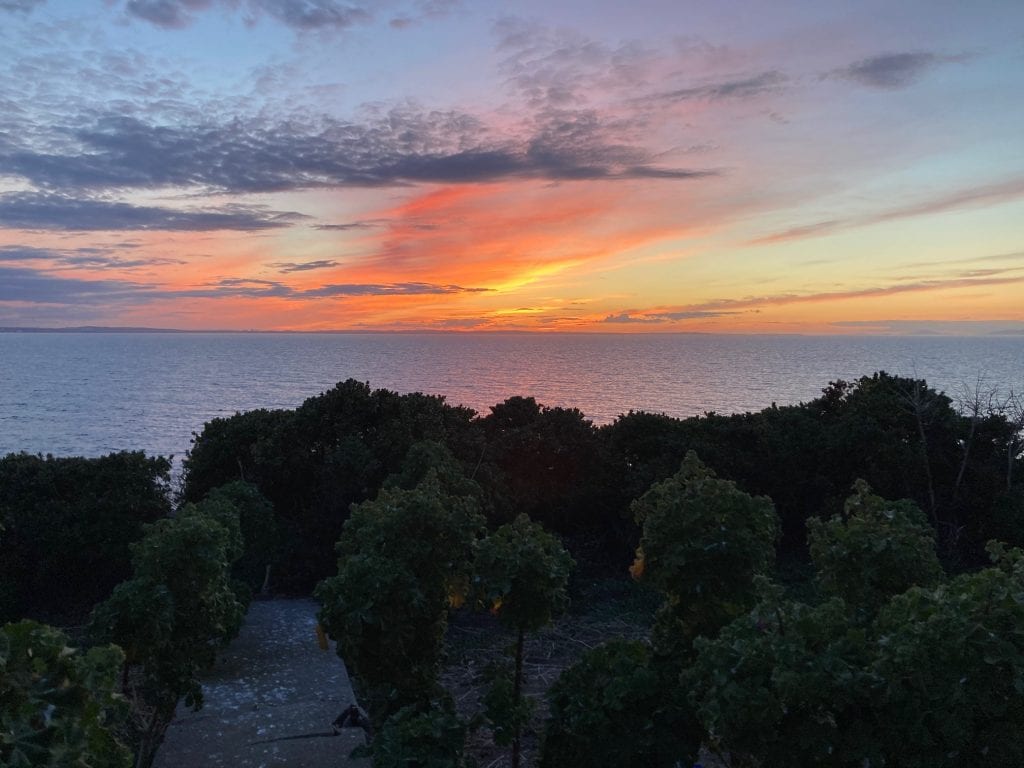 The splendour of a Rockabill sunset, with colours ranging from the most violent orange to the lightest pastel pinks. Over this stunning sight, it is easy to forget about everything else. [Photo: Alex Fink]

The real reason behind our delayed update is the very simple fact that June is typically the busiest month in seabird colonies, and Rockabill is no exception. In June, most birds are sitting on eggs and chicks of all species are beginning to hatch everywhere. It is also the time when the colony is very vulnerable, and therefore demanding even more close attention. Too much rain and cold wind at this time of the year can severely affect the chicks’ chances of survival (luckily, June has mostly been a benign month with respect to the weather!).

But let’s return to the timeline. At least on Rockabill, the chicken-and-egg-problem has a clear and definite answer: eggs first!

After the first egg was found, it was only a few days until egg laying by both Roseate and Common Terns started in earnest. Once it had started, the number of eggs increased very rapidly! The Arctic Terns started laying their eggs slightly later. No wonder, as they arrive later than the other species and have also got a much longer journey. (They overwinter in Antarctica, while Roseate and Common Terns typically spend their winters on the coast of West Africa.)

Approximately three weeks after the first egg was found, it was time for the big nest census. This is an island-wide count of every nest with eggs in it. As this means checking every single one of the roughly 900 nest boxes, as well as crawling through bushes and through the remaining forest of tree mallow, we were very glad when help arrived: Hannah O’Connor and Thorfinn Newton, both work experience students, joined Dr Stephen Newton on his trip out to the island. (And a much needed trip. Without every single one of those provisioning trips, we would starve/run out of gas/have no chocolate left (which is the worst!)) 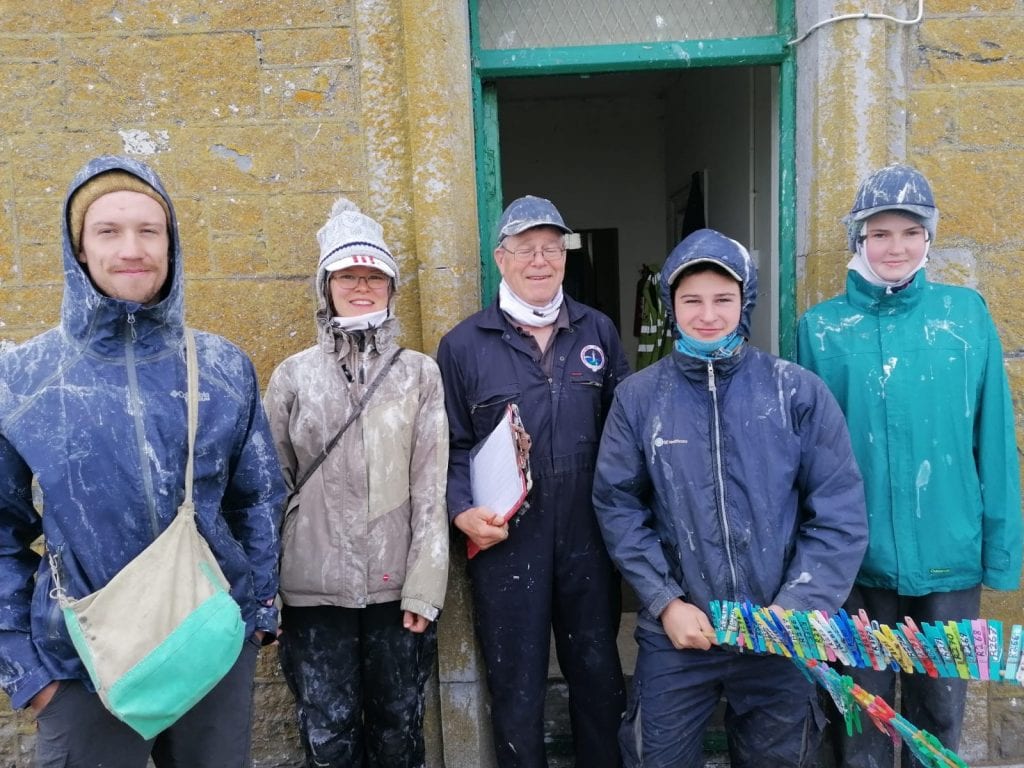 Micheál, Alex, Dr Newton, Thorfinn, Hannah all ready for the census. From the clothes, it’s easy to tell who lives permanently on the island. [Photo: Emma Tiernan] 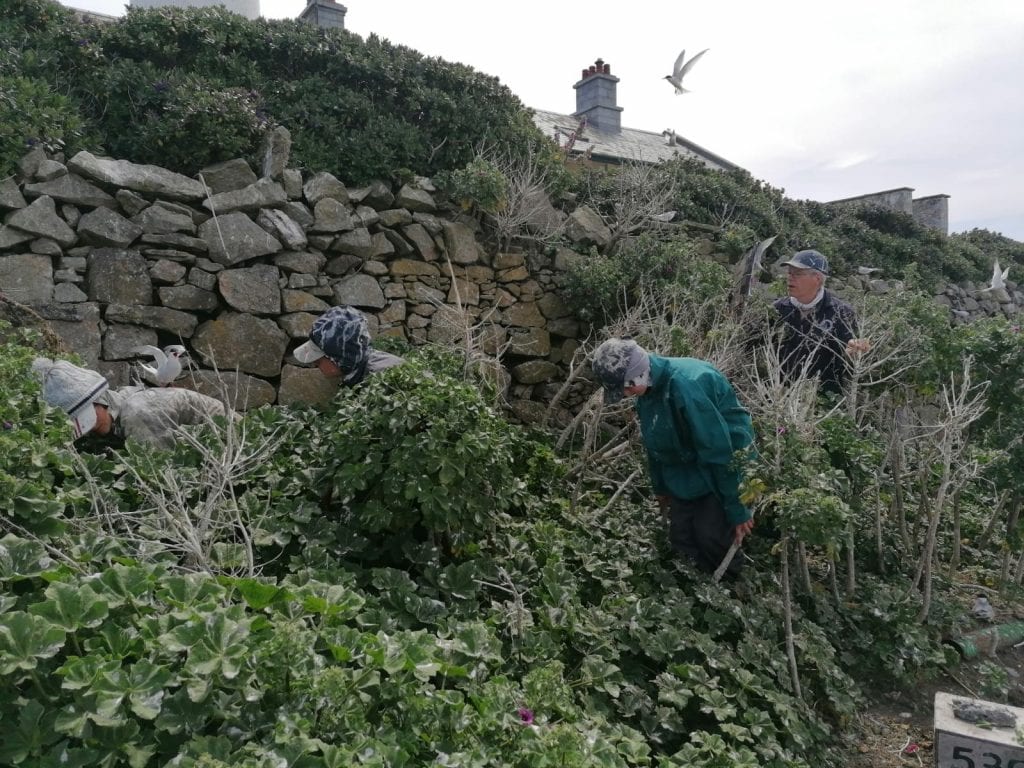 Combing through the dense tree mallow forest, watching every step to find all the nests. The birds really like using as their vantage points! [Photo: Emma Tiernan]

Having a team of six made the seemingly impossible possible – and the team literally ploughed through the work! The island was “combed” through methodically with the aim to find every single nest, as well-hidden as it might be. Nests can be located under boulders, in cracks and crevices, under dense vegetation and some eggs are just incredibly well camouflaged! Nests which have been recorded, had to be marked – and a lot of markers were needed indeed! There were instances where three Roseate Tern pairs nested in very close vicinity: one pair inside a box, another pair behind the box and the third pair on one of the box’s sides! 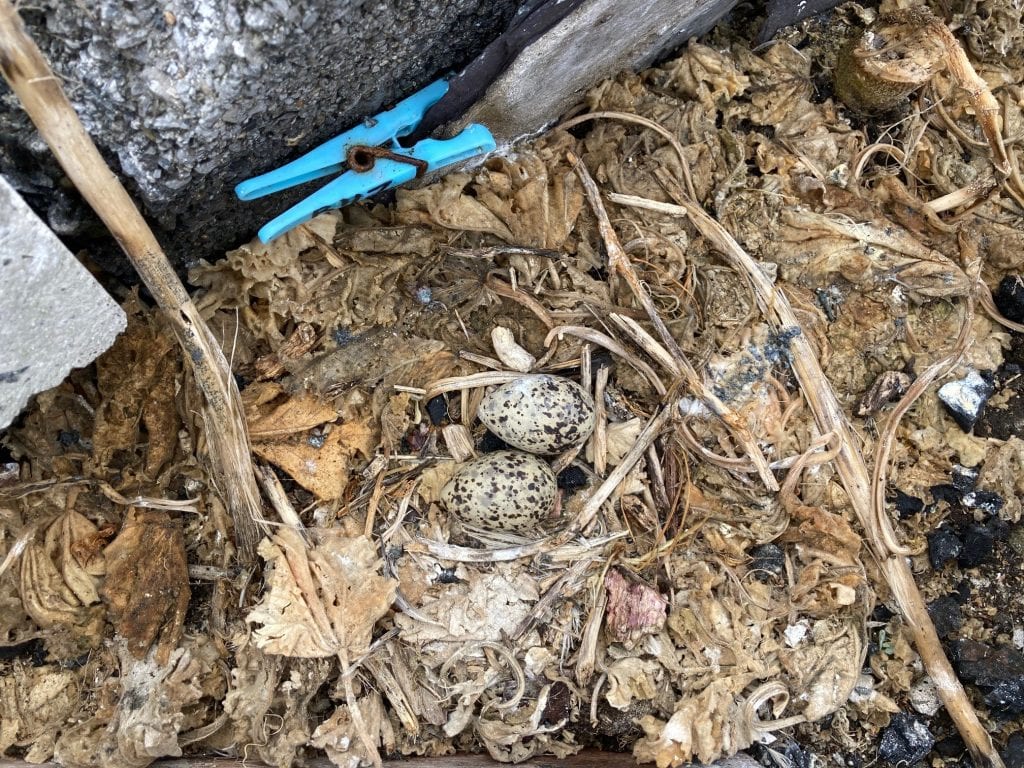 Two Roseate Tern eggs laid in an “open nest”. This nest has been marked with a clothes peg bearing a number. We have 1000 of these pegs ready for deployment! [Photo: Alex Fink] 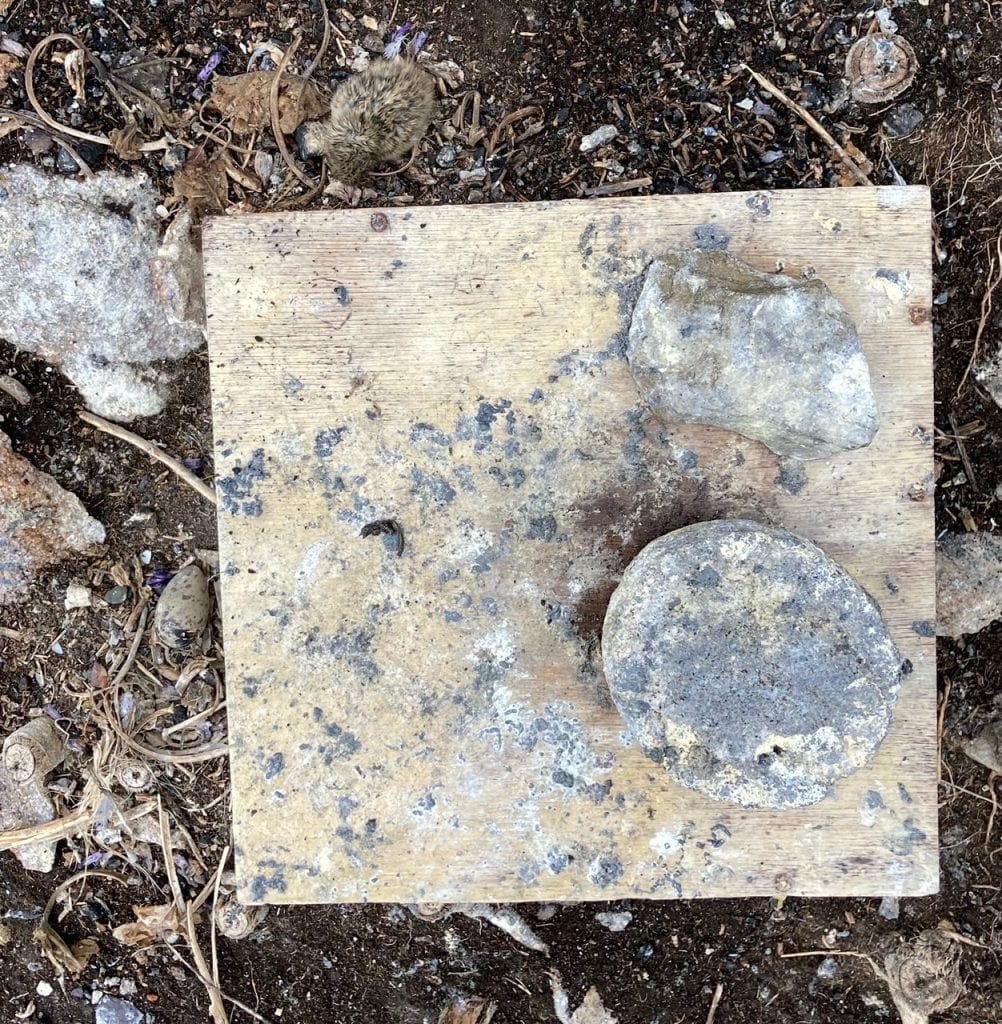 There are three Roseate Tern nests in this picture! One on top (with a chick, one on the left with an egg that is hatching, and obviously the nest box itself! [Photo: Alex Fink]

Nesting space is very much sought after on Rockabill: This year we recorded a record number of 1,704 Roseate Tern pairs on Rockabill, as well as 1,656 Common Tern and 37 Arctic Tern nests.

This is especially good news for Roseate Terns which are the rarest breeding seabird in Europe! Rockabill hosts around 85% of the northwest European population, so what happens here has international consequences for this species! It is only through a constant conservation effort over 33 years, and the support of countless wardens, friends, volunteers, the National Parks and Wildlife Service (NPWS) and the Commissioners of Irish Lights that this has been possible.

However, it now places A LOT of responsibility on us to ensure all those chicks will be safe. To learn what the wardens are doing to find out about how the chicks are doing and the breeding success in general, see the next blog post! 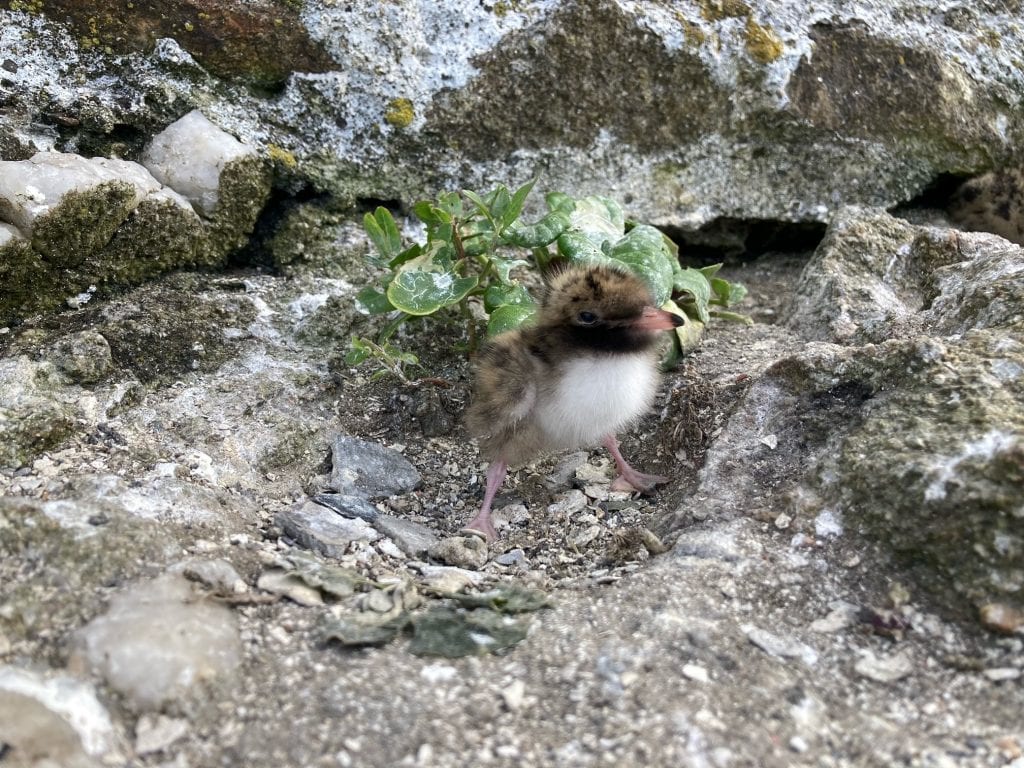 A Common Tern chick that is only a few days old at its nest site. They are absolutely adorable at that age! [Photo: Alex Fink]

To find out more about what life is like as a seabird warden on Rockabill island, watch the Rockabill documentary here