Calling for Sightings of the Invasive Ring-necked Parakeet 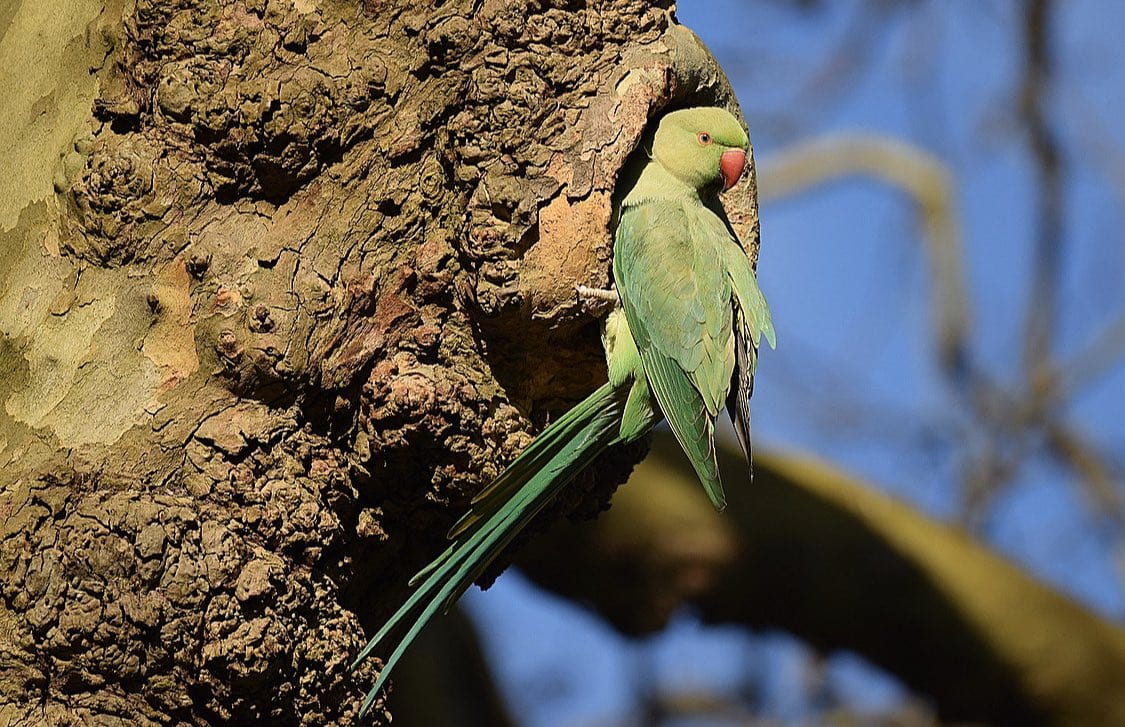 Have you Seen Ring-neck Parakeets in the Wild in Ireland

BirdWatch Ireland is calling for members of the public to log any sightings of the invasive Ring-necked Parakeet with the National Biodiversity Data Centre.

The Ring-necked Parakeet, aka Rose-ringed Parakeet, is an attractive medium-sized parrot, with all-green plumage, a long tail, and a red beak. The species gets its name from the rose-colored ring around the neck of adult male birds. 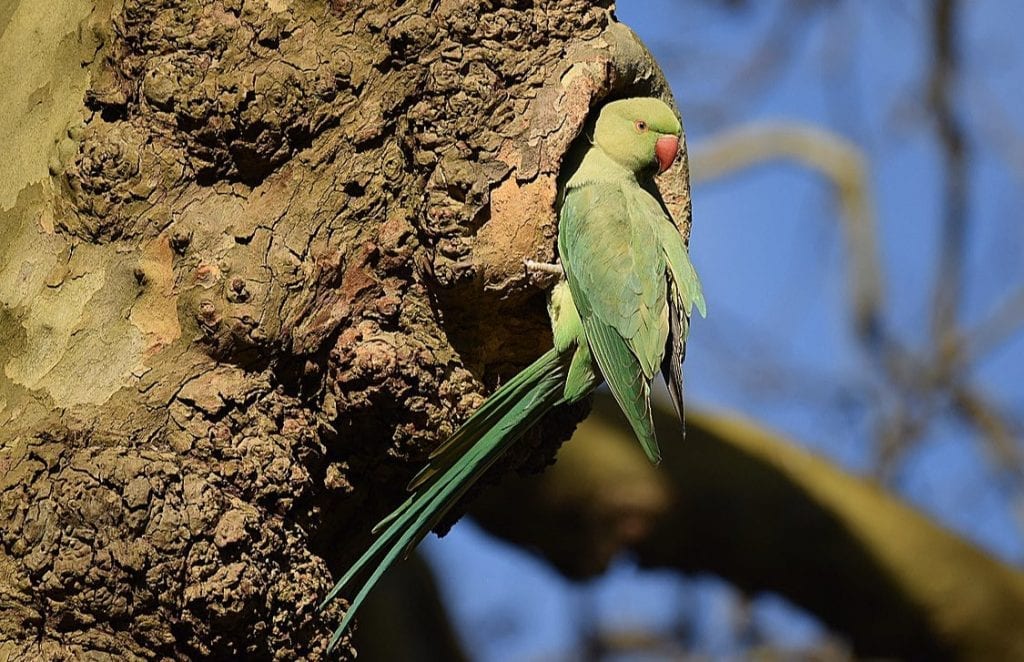 The species is native to tropical Africa and the Indian Subcontinent and has a wide feral distribution across Europe and further afield, the result of local introductions and/or escapes. It was likely introduced to Britain and more recently to Ireland through the escape of captive birds. A large population has grown in southern Britain, having first established there in the 1960s, and today large flocks are a familiar and abundant sight in London parks and across many other English cities.

Ring-necked Parakeets are considered invasive in most regions outside their native range and are an agricultural pest where populations are found in rural areas. Due to Europe’s cooler climate, they are mostly confined to large urban areas, but conflict can arise with native species through competition for nest sites and resources. 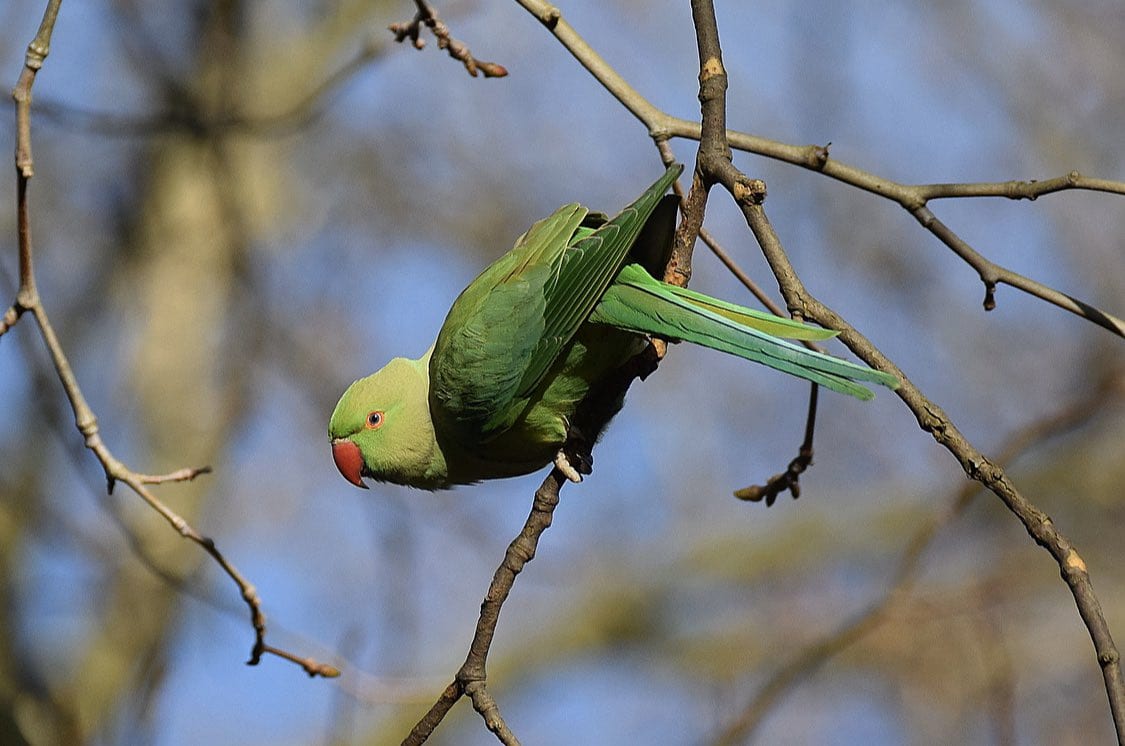 It is unclear how many Ring-necked Parakeets exist in the wild in Ireland, but formal records of birds seen in the wild go back as far as 1998 (County Cork), with observations also recorded in counties Wexford, Wicklow, Meath and Dublin. Until now, records of this species have been treated with casual interest, but with more people reporting sightings to the National Biodiversity Data Centre during lockdowns and via The Irish Garden Bird Survey, we are keen to track numbers and any spread of the species here in Ireland.

We are calling for all records of Ring-necked Parakeets to be submitted to the National Biodiversity Data Centre (NBDC) via their online record submission page here: https://bit.ly/36W7mhi whilst observations can also be emailed to rwhelan@birdwatchireland.ie.