What’s more impressive than a colour ring resighting? A metal ring resighting in the field, on a live and healthy bird! Last week, the Dublin Bay Birds Project got word that Curlew ‘FH74868’ has been spotted on the breeding grounds near Jokisilta, Tyrnava in Finland for the second year in a row. This female Curlew was ringed back in 2014 in Dublin Bay. 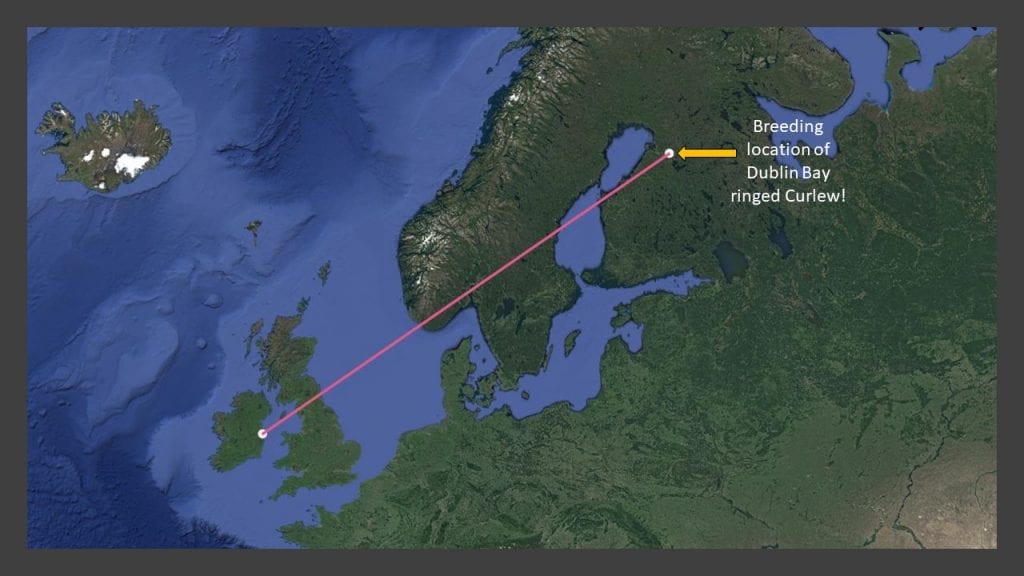 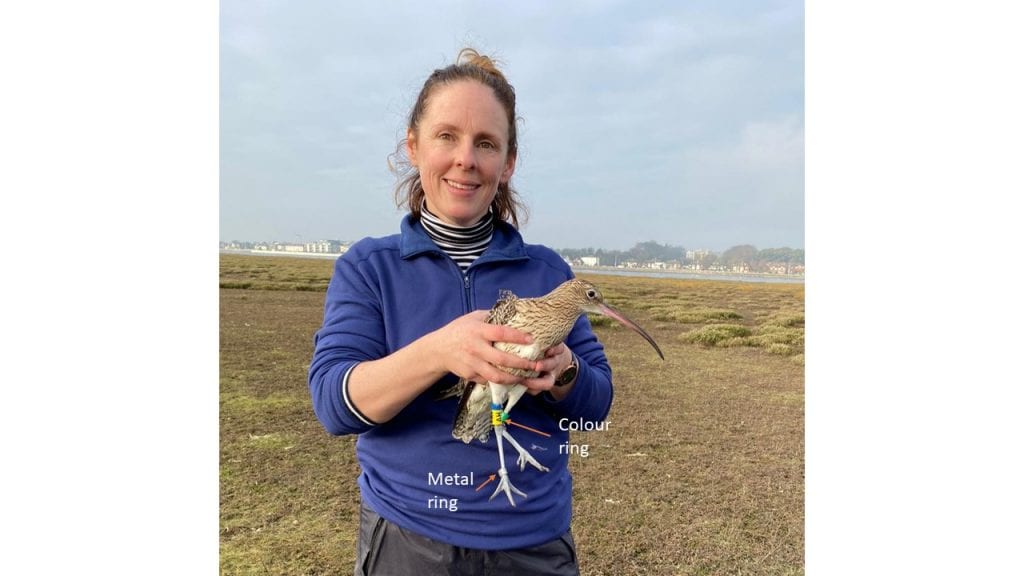 Curlew with colour and metal rings, showing just how impressive reading a metal ring in the field truly is! (Sinead Cummins)

This is the only international resighting we have ever received of a Curlew ringed in Dublin Bay. Although our sample size is admittedly very small, it adds to evidence collected over the decades which indicates Finland is an important breeding site for Curlew overwintering in Britain and Ireland.

For instance, back in the 1970s two ornithologists, Ian Bainbridge and Clive Minton, got their hands on what would prove to be really valuable data: resightings of Curlew overwintering in Britain and Ireland which had been ringed outside of the British Isles. 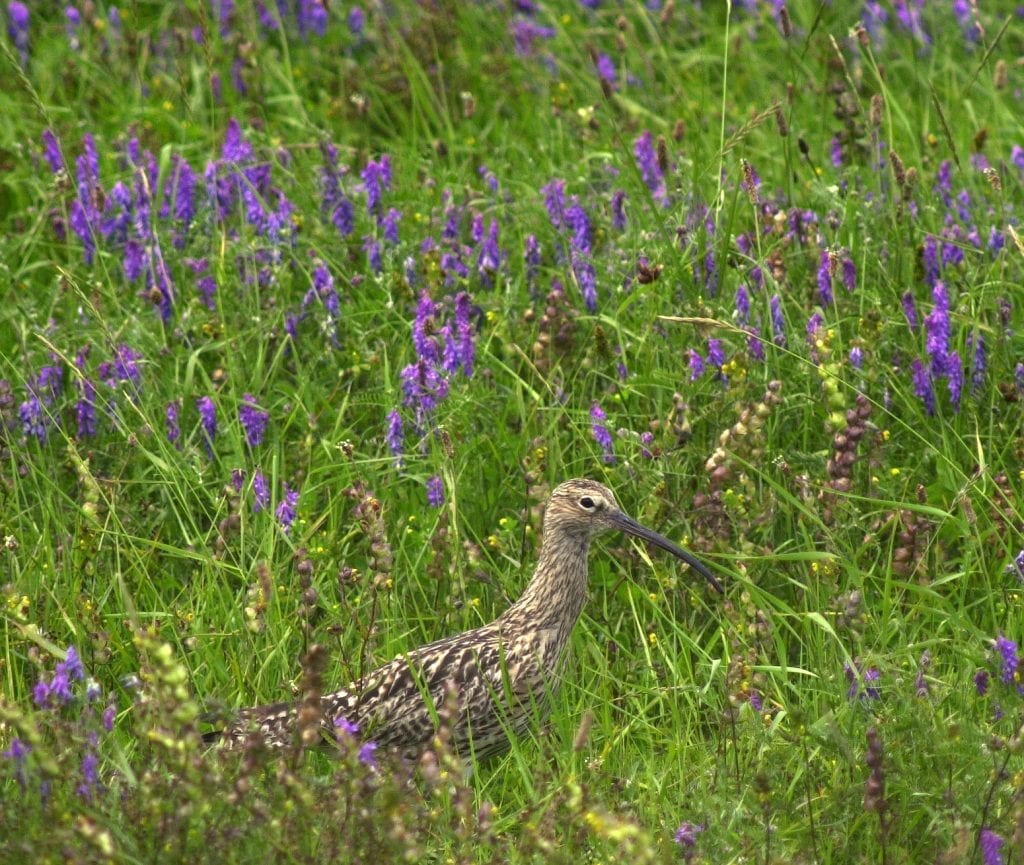 From this, their study found that the majority of ‘foreign ringed’ Curlew in Britain and Ireland during the winter months had been ringed in Finland (103) and Sweden (64). Over-wintering Curlew in Britain were also ringed in Norway (16), Netherlands (24), Germany (7) and Belgium (4). It was also thought that a portion of the Curlew breeding in the Baltic states and Russia were most likely over-wintering in Britain and Ireland. However, the number of Curlew ringed in the former USSR was not sufficient to test this theory at the time (Bainbridge & Minton 1978). This hunch has since proven correct! 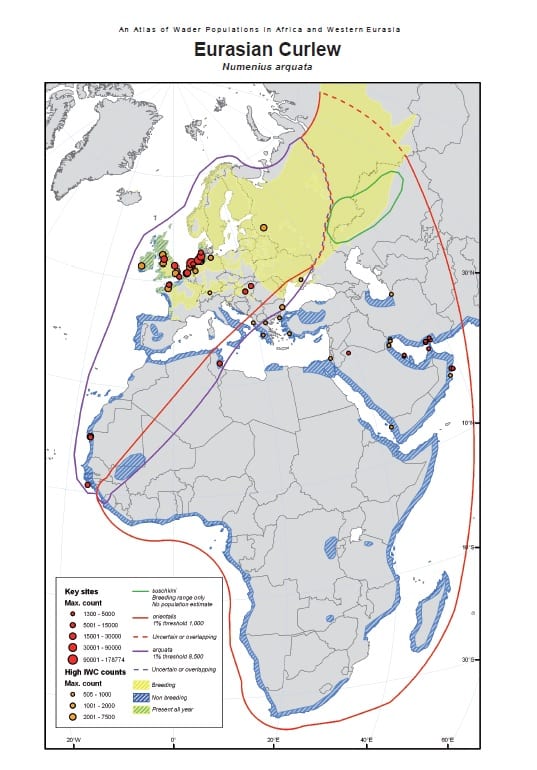 Closer to the present day, in 2009, a female Curlew was satellite tagged in Inverness, Scotland. She migrated across Norway and into Sweden where she stayed for over a week before eventually making her way “to a district of farms and woodlands near Ruukki”, a small town about 65 km west of where the Dublin Bay Curlew is currently breeding (Dennis et al., 2011). 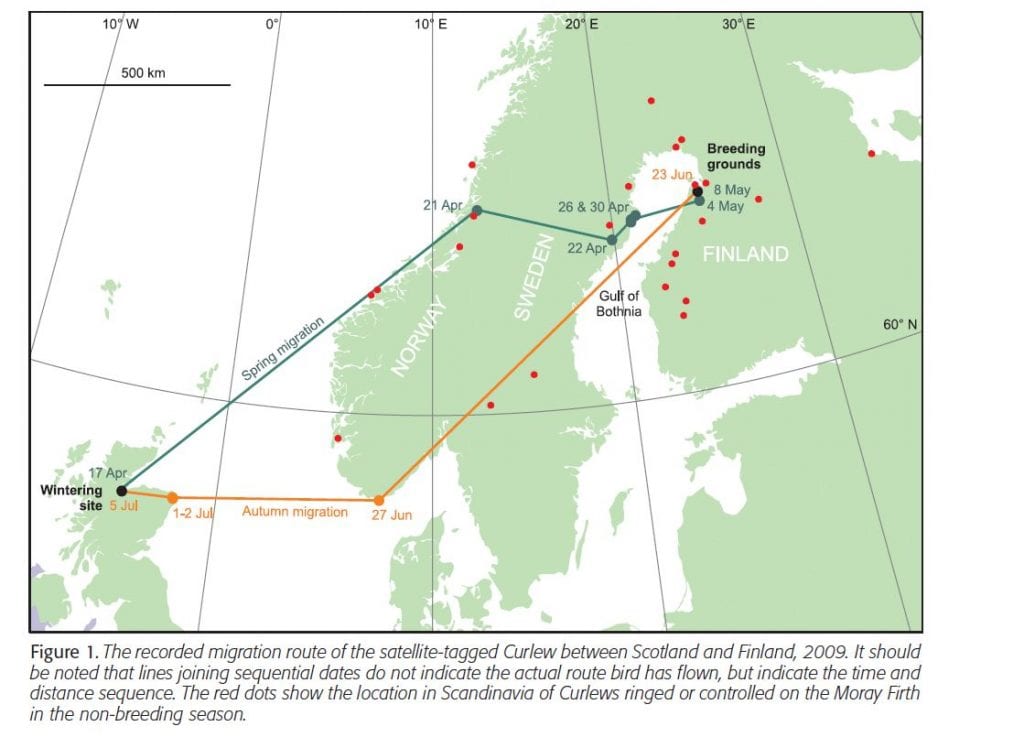 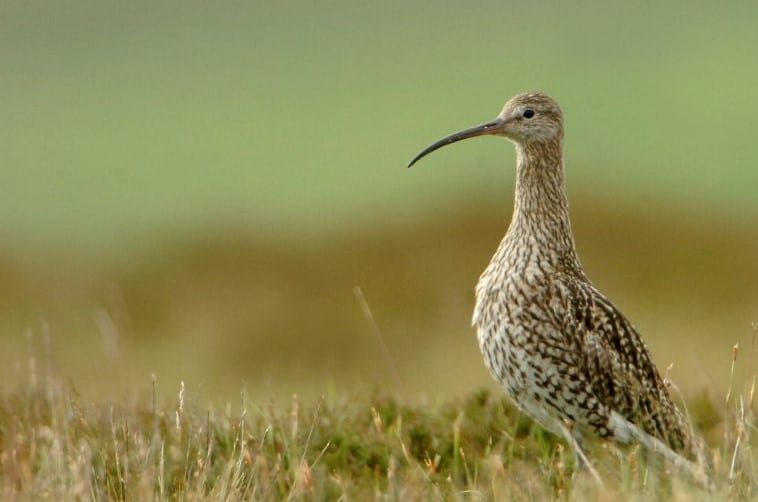 The resighting of this Dublin Bay ringed Curlew again highlights just how interconnected our world is. When working to protect species, we have to look beyond our patches to the wider population (both nationally and internationally). Ringing allows us to gather data in order to collaborate within and across borders. It is one of the many things that makes ringing and the people who read rings, so awesome!

Back home in Ireland, we’re keeping our fingers crossed for this Finnish pair! And who knows, maybe this Dublin Bay female will be spotted by another ring reader extraordinaire, en route to Ireland or on her wintering grounds here in Dublin Bay, adding another piece to the puzzle. So nature lovers, get your cameras ready!