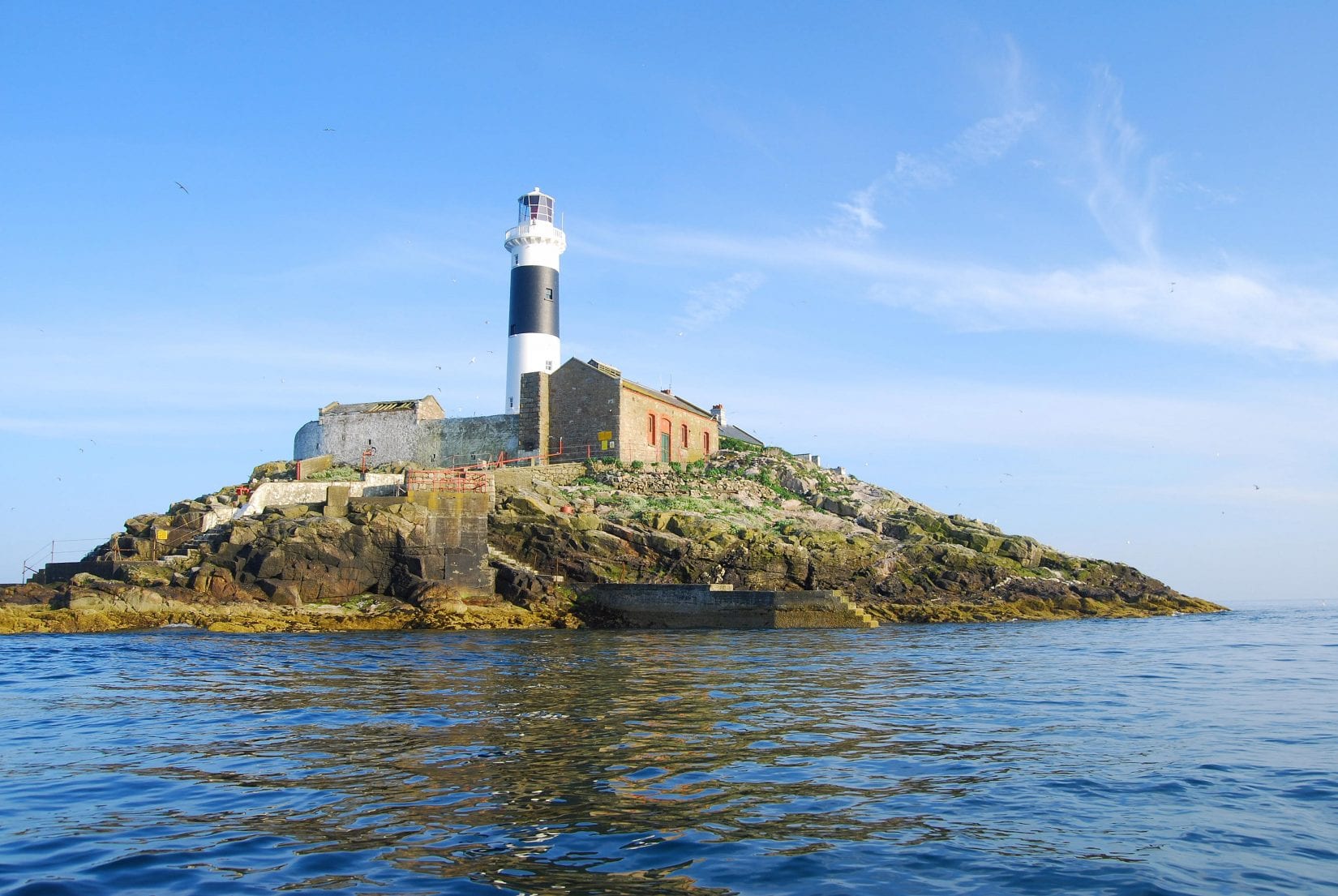 As part of EU Oceans Week, BirdWatch Ireland was delighted to host a Fair Seas trip to Rockabill off the coast of Dublin on Friday, 10th June.

Rockabill is located 6km from Skerries and is home to the most important Roseate Tern colony in all of Europe. Rockabill to Dalkey Islands is the largest Special Area of Conservation off the East Coast which extends to 273km2. Fair Seas has proposed that an area extending to more than 4,300km2 from Carlingford Lough to Wicklow Head be looked at when considering Marine Protected Areas. We are extremely grateful to Steve Newton, Senior Seabird Conservation Officer, and the team at Rockabill who not only made this trip possible, but also immensely enjoyable and informative. 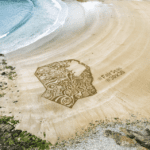 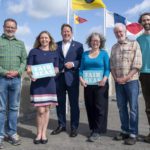 Fair Seas Campaign Manager Aoife O’Mahony says, “Ireland has a truly unique and fascinating marine environment. Today we organised two boats for stakeholders and Fair Seas representatives to see Rockabill. It’s where thousands of Roseate Terns travel to from West Africa each year to breed each year. It is only when you visit places like Rockabill, the Saltees, Blaskets or any number of islands off our coast that you see just how important Ireland is to so many different species. Our ocean territory is home to endangered sharks, globally important seabird colonies, and animals threatened with extinction. It is vital that we act now to restore critical habitats, safeguard wildlife and help address the climate crisis. The time for action is now and our report is the starting point.”

Linda Lennon, CEO of BirdWatch Ireland said, “Rockabill is arguably Ireland’s greatest conservation success story. Through dedicated conservation work by BirdWatch Ireland in collaboration with the National Parks and Wildlife Service, the Roseate Tern population increased by over 10-fold between 1989 and 2021. This is proof that targeted conservation efforts work. Ultimately though what happens or doesn’t happen in the sea around colonies will seal the fate of seabirds. It’s not just the nest site that needs protection, it’s everything around it. Significant and large scale conservation efforts at seabird colonies and at sea are urgently needed. Government must act quickly to protect and manage appropriately large areas of the sea for marine wildlife.”

This trip also coincided with the release of a new video from Fair Seas to highlight its report on Marine Protected Areas. The 120 second video called ‘A Letter from the Sea’ is narrated by Irish environmental scientist Dr. Tara Shine from Change by Degrees and emphasises the importance of protecting our oceans to give species, habitats and coastal communities the opportunity to thrive. It was created by Dublin-based agency Thinkhouse.

A Letter from the Sea

Ireland has publicly committed to support the goal to protect 30% of the global ocean by 2030. Just 2% of Irish waters are currently protected and last week Fair Seas published a new report aimed at kick-starting the conversation around the location of Marine Protected Areas. The study identifies 16 ‘Areas of Interest’ covering 175,504km2 of Ireland’s ocean territory. It provides information on where to best protect marine species based on the geographic distributions of 87 species, including thirty-eight species of seabirds. Establishing MPAs that are well-managed and that focus on an ecosystem-based approach is of critical importance to Ireland’s 24 breeding seabird species, 23 of which are Red- or Amber-listed. While some protections are provided through existing Special Protection Areas, we urgently need a holistic and comprehensive means of addressing threats to seabirds. As has been evidenced, seabirds are the most threatened group of birds globally and one of the most internationally important bird groups in Ireland.

As a proud partner of Fair Seas, BirdWatch Ireland was centrally involved in the report, with Sarah Hegarty, Seabird MPA Researcher, co-authoring the report. It was a busy week for Sarah, whose podcast discussion on the importance of our seas and Marine Protected Areas in Ireland also went live on Ecolution, RTÉ’s podcast for kids who want to make a difference in the fight against climate change. For audiences young and not so young, this episode makes for a great listen as Sarah discusses her work and growing up connected to the sea.

You can download the full report here or find out more though the Fair Seas website and blog.

The report “Revitalising Our Seas – Identifying Areas of Interest for MPA Designation in Irish Waters” was commissioned by Fair Seas and uses scientific research and available data to identify the potential areas most in need of protection. Fair Seas is a collaboration between Irish Wildlife Trust, BirdWatch Ireland, Sustainable Water Network, Friends of the Irish Environment, Irish Whale and Dolphin Group, Coomhola Salmon Trust, Irish Environmental Network and Coastwatch. It is funded by Oceans 5, Blue Nature Alliance, BFCT and The Wyss Foundation.