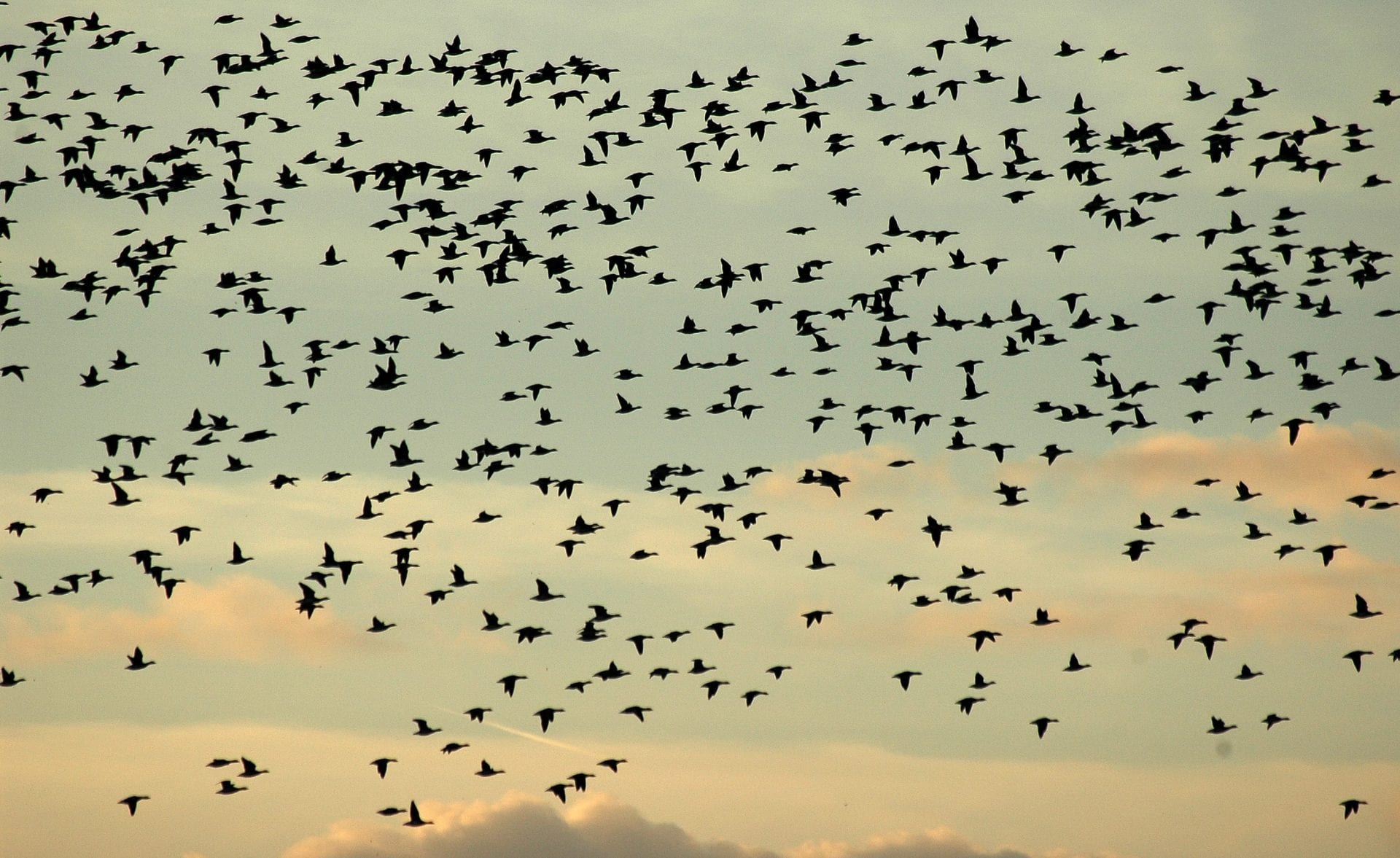 If you haven’t noticed the dearth of swifts and swallows around the country recently, then this weeks weather will have put it beyond doubt that the summer is indeed over! When most people think of “birds flying south for the winter” they associate it with a mass exodus of Swallows, Martins, Swifts, Warblers and Terns (amongst others), but don’t forget that it also means an influx of over 50 waterbird species from northerly latitudes into Ireland for the winter! In the last few weeks the first reports of our wintering goose and swan species have been filtering in, and here in BirdWatch Ireland we love this time of year!

See below some of the details about our Goose and Swan species that have arrived in Ireland in recent weeks: 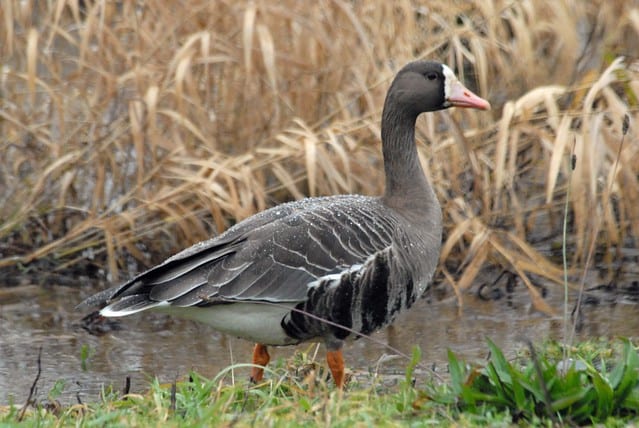 The first Greenland White-fronted Geese of winter 2019/20 arrived on the North Slob in Wexford yesterday (01 October 2019) – four adults and a juvenile.

The Greenland White-fronted Goose is the species on the BirdWatch Ireland logo. If you want to get a good look at this species, make sure you visit Wexford Wildfowl Reserve this winter. Later this month there will be a number of public events for their annual ‘Goose Week’ and they will also be celebrating the 50th Anniversary of the reserve. 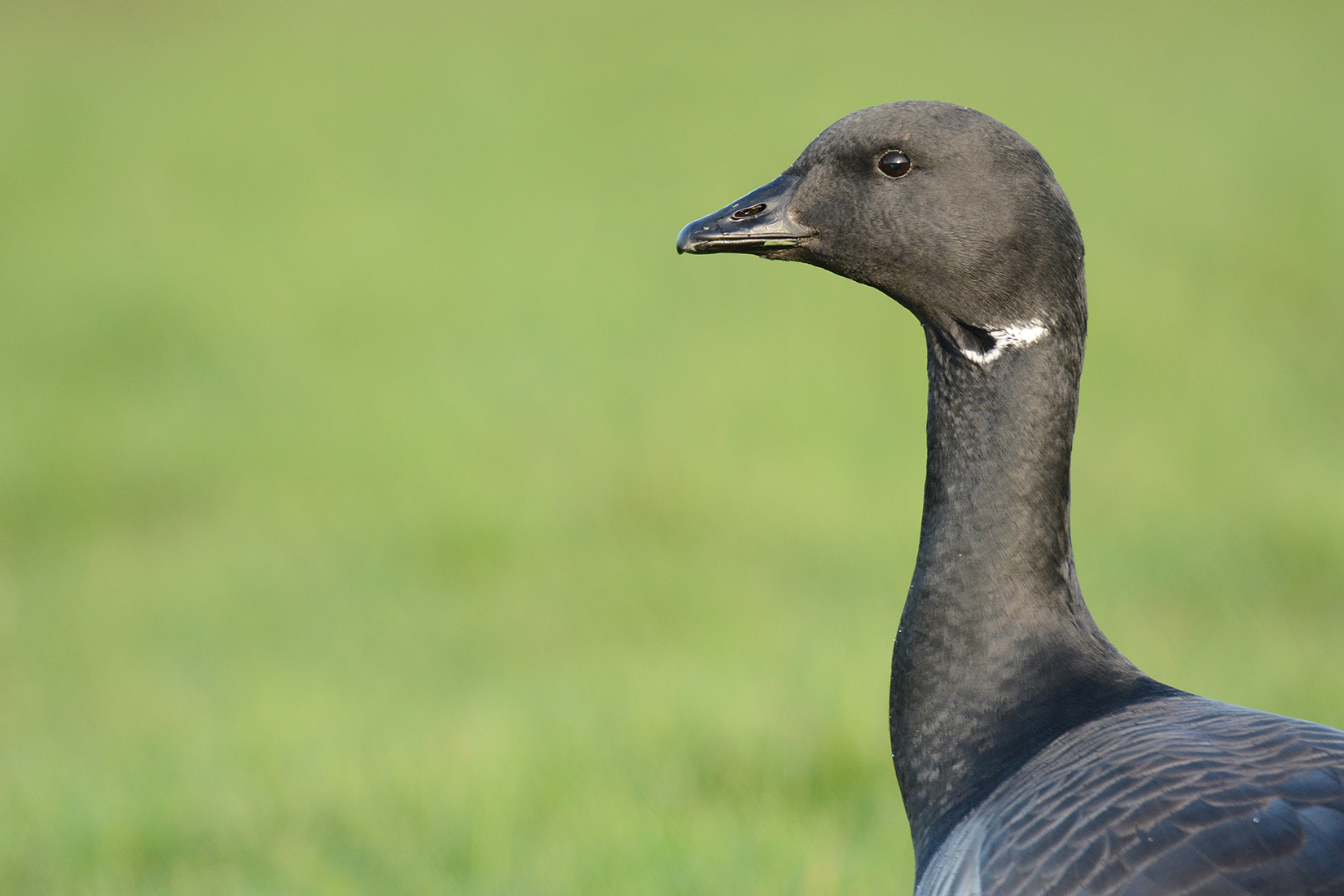 The first Brent records of 2019 came at the end of August, which isn’t actually unusual, though the bulk of birds arrived several weeks later (and are still coming!).

When they first arrive in Ireland they head en mass for Strangford Lough. After refueling there, they gradually disperse around the Irish coast as the winter goes on. Many Brent have already returned to their usual haunts in Donegal, Derry, Louth and Dublin, where they’ll feed on eelgrass and algae in the sea, before turning to terrestrial grasslands for a few months before making the return journey back to Canada! 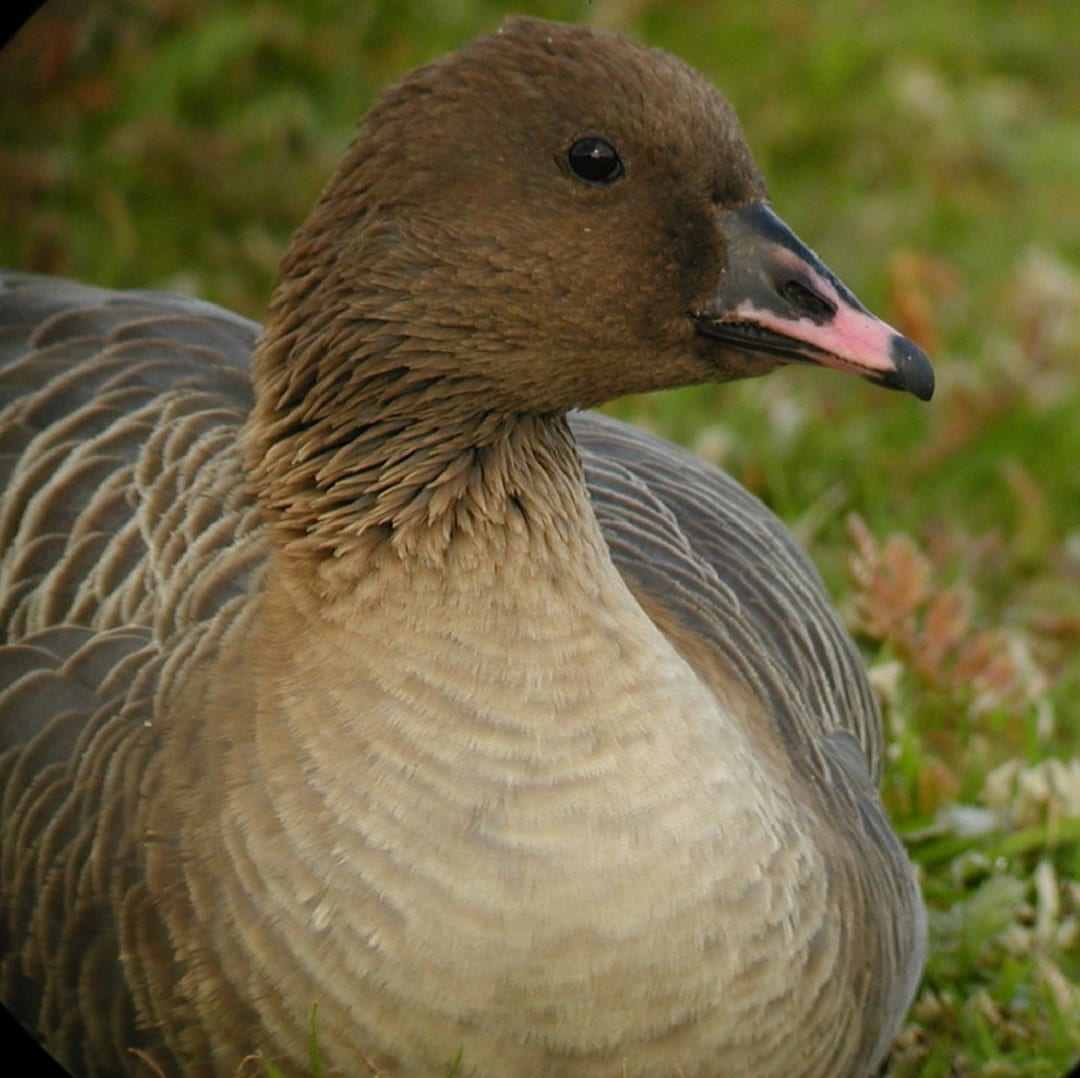 One of the first records in Ireland this year was via the WWT’s Kane Brides who informed us of a satellite-tagged bird that arrived from Iceland on the 4th of September, spending a couple of hours in Roscommon before heading to Carlingford Lough on the east coast that night.

Small numbers of Pink-footed Geese winter in Ireland, but hundreds of thousands winter in the UK and stop in Ireland en route from their Icelandic breeding grounds.  Since the start of September there have been loads of Pink-foots (Pink-feets?!) spotted in Donegal and smaller flocks in Wexford, Louth and Dublin. 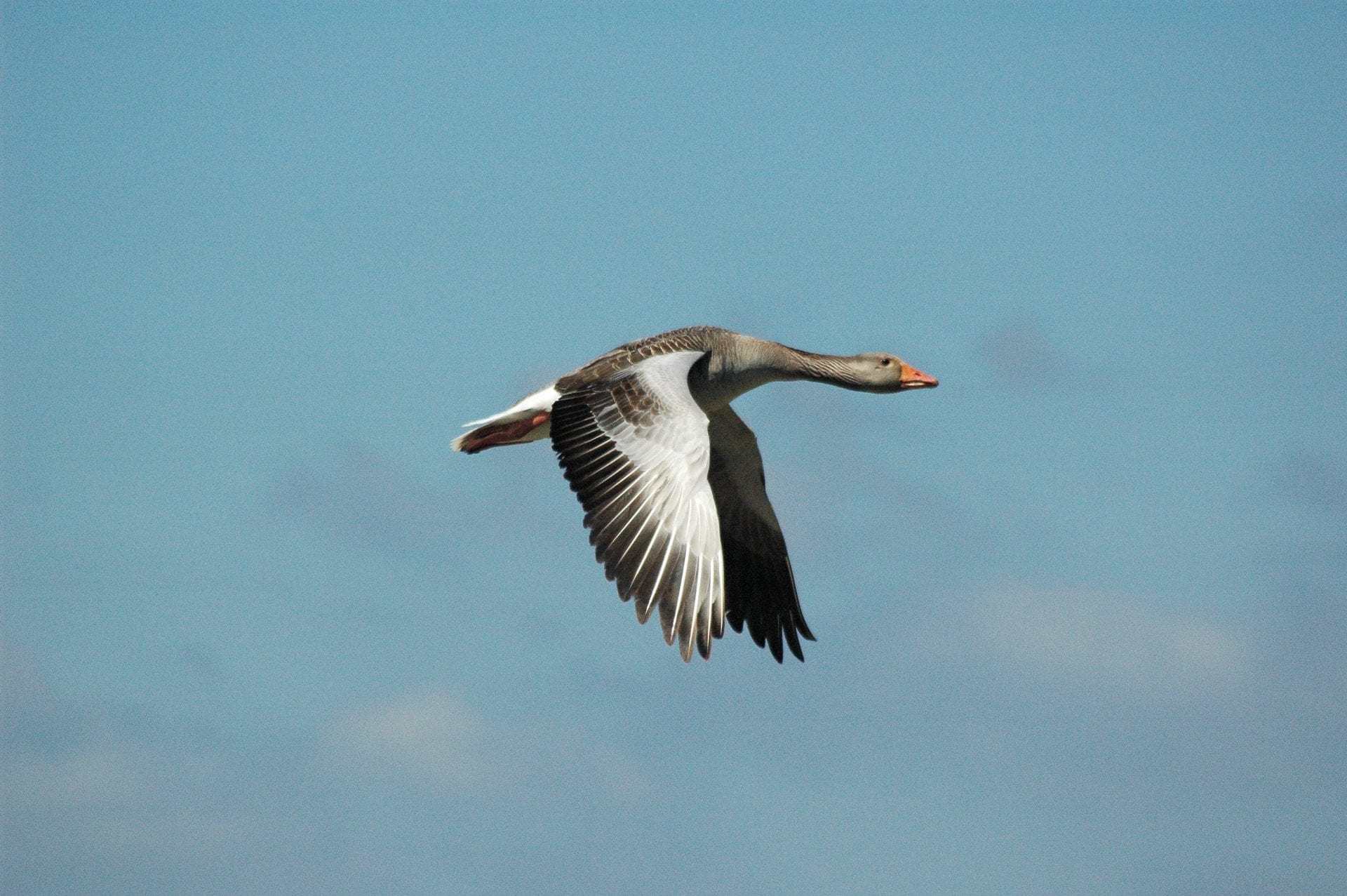 In the last few days there have been multiple reports of large flocks of Greylag Geese at coastal sites in Donegal.

Greylags are a tricky one – we have a resident population that breeds here, but we also get migrants from Iceland for the winter too. And there’s no way to tell which is which in the field as they look the exact same! Donegal has many feral/naturalised Greylag Geese, but some of those recent large flocks probably have some Icelandic-migrants mixed in too. 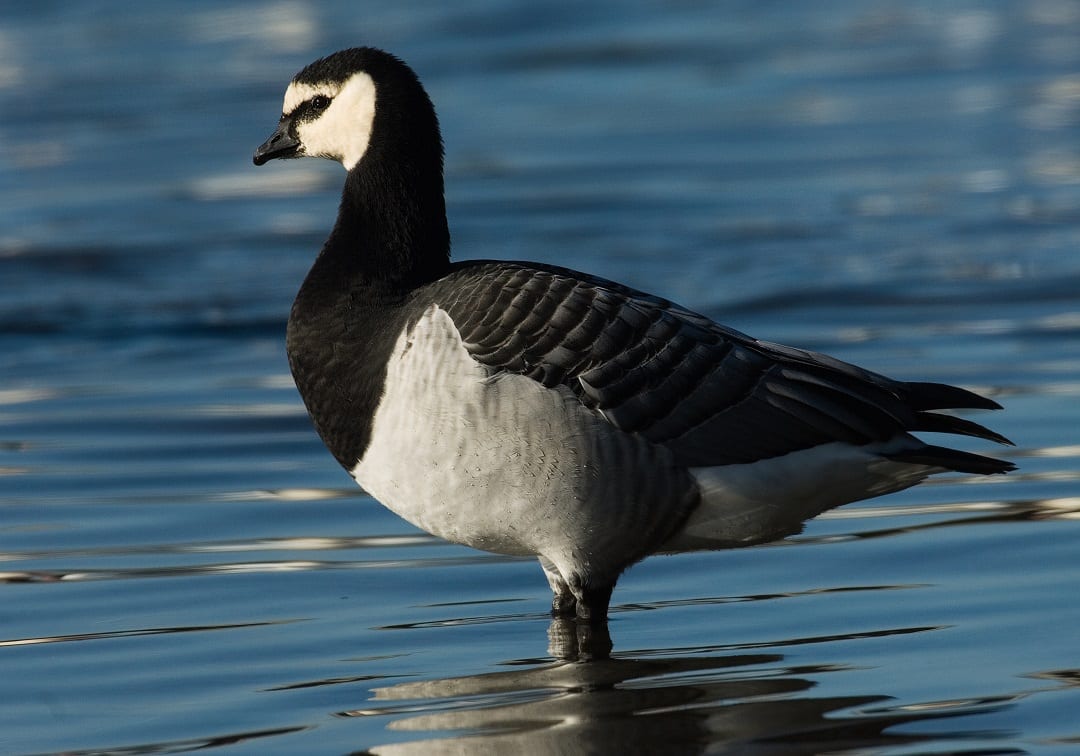 The first ‘Barnies’ of the season touched down in Donegal at the start of this week.

This species prefers coastal grasslands and offshore islands in the west and north-west. Because of the remote locations they use, the NPWS recently carried out a Barnacle Goose census by plane! 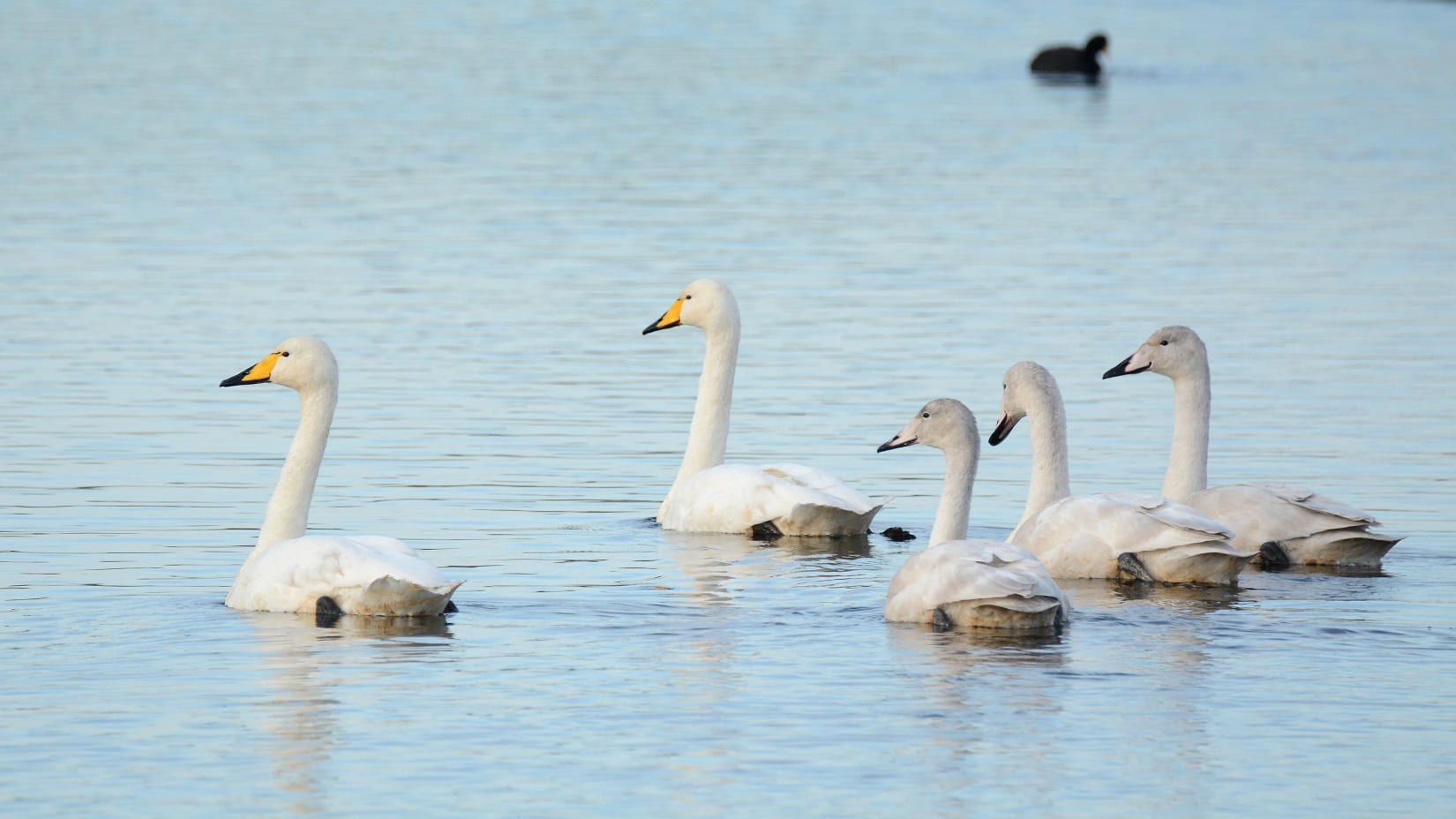 The first definite migrants have only appeared in recent days – in Donegal, Derry and today in Wexford.

In the last census, there were nearly 12,000 Whooper Swans in ROI and >3,500 in NI. The I-WeBS office in BirdWatch Ireland, together with our colleagues in Northern Ireland and further afield, will be coordinating another census of Whooper Swans in January 2020 so please keep an eye on your local flock as the winter progresses!

So there you have it – thousands of geese and swans are currently migrating from Iceland, Greenland and Canada to spend the winter in Ireland! Many of these species are of conservation concern and we’re lucky to have the wetlands to support them, so do keep an eye out for them in your area as the winter goes on!

Each winter we monitor Ireland’s waterbird populations through I-WeBS – a survey coordinated by BirdWatch Ireland, funded by the National Parks and Wildlife Service, and carried out by a network of bird surveyors who volunteer their time and expertise.

The I-WeBS office is interested in any records of Greylag or Pink-footed Geese this winter – please email us at iwebs@birdwatchireland.ie with numbers, locations and dates.

The website ‘IrishBirding’ was also a useful source for this article.