Swifts have become a major focus of BirdWatch Ireland’s work in recent years. To assist and inform our conservation activities we carry out and coordinate a number of Swift surveys throughout the country. In addition to our own survey work we invite Swift sightings and nest records from citizen scientists. Records from citizen scientists are very important for informing and directing our conservation efforts.

Perhaps the most iconic and intriguing of our urban bird species, the Swift Apus apus, is a summer migrant that breeds throughout Europe and much of Asia and winters in southern Africa. However, in recent decades there has been much concern for Swifts as their numbers have been in decline throughout many parts of their range. The recent Bird Atlas 2007-11 shows there has been a substantial loss in range in Ireland since 1970, while the latest Countryside Bird Survey data shows an alarming 57.7% decline between 1998 and 2016. Reasons for their decline are not fully understood, but it is thought that the loss of available nest sites due to the renovation of old buildings and the impacts of climate change are significant factors.

In the summer of 2017 BirdWatch Ireland carried out its first whole-county Swift Survey in County Offaly. Every summer since we have continued this work across the country. As of September 2020 we had eleven county Swift surveys completed with three more underway in summer 2021, in counties Kilkenny, Waterford and Dublin City. Although finding, cataloguing and mapping Swift nesting sites is core to these projects we also make a large effort to get local communities and residents involved. This involvement is key to the legacy of the county Swift Surveys as it’s locals who can and will protect their breeding Swifts best long into the future! We have experienced tremendous buy-in throughout the counties so far surveyed. For up to date information on our current Swift survey projects keep an eye on BirdWatch Ireland social media between the months of May and September. 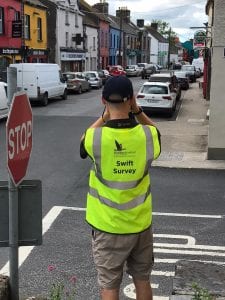 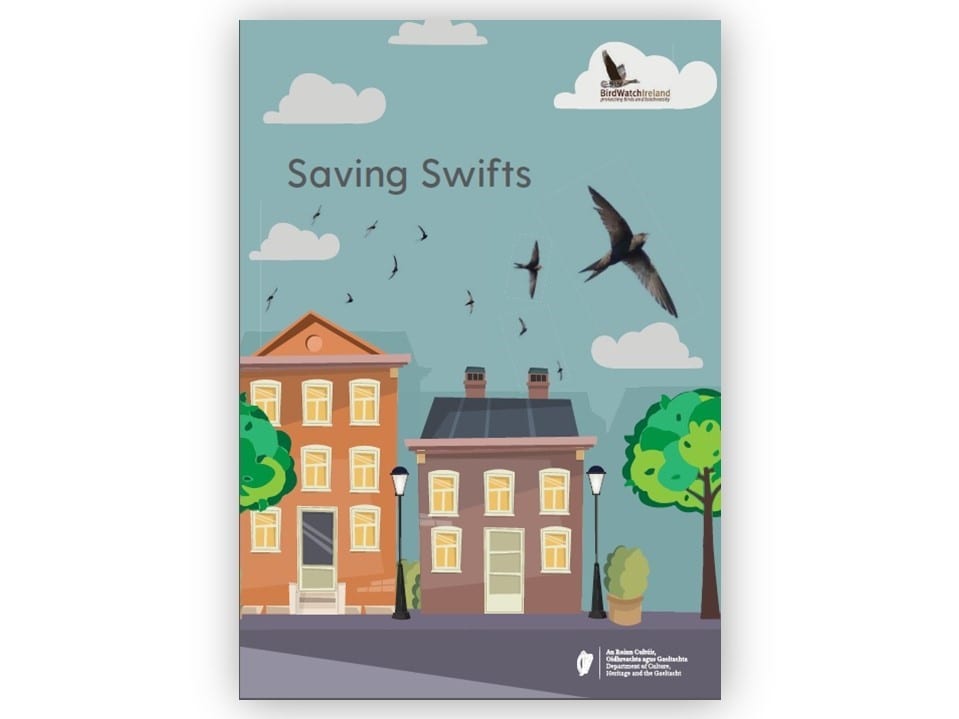 Do you know a site where Swifts are nesting? Enter your records  here and help us to protect them. 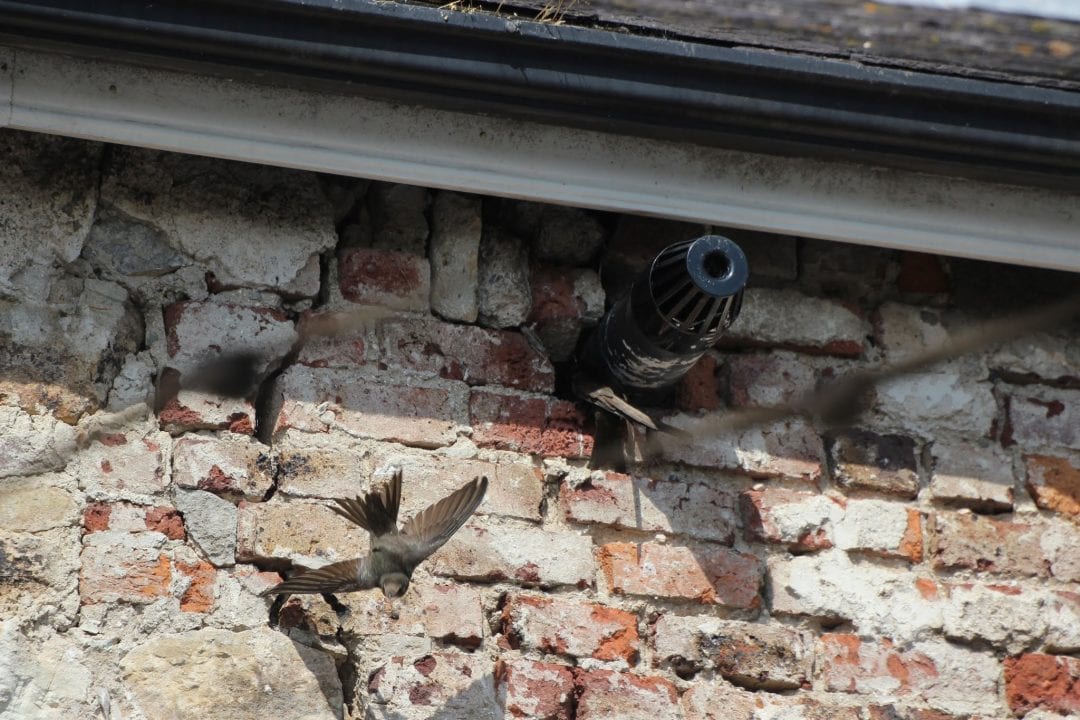 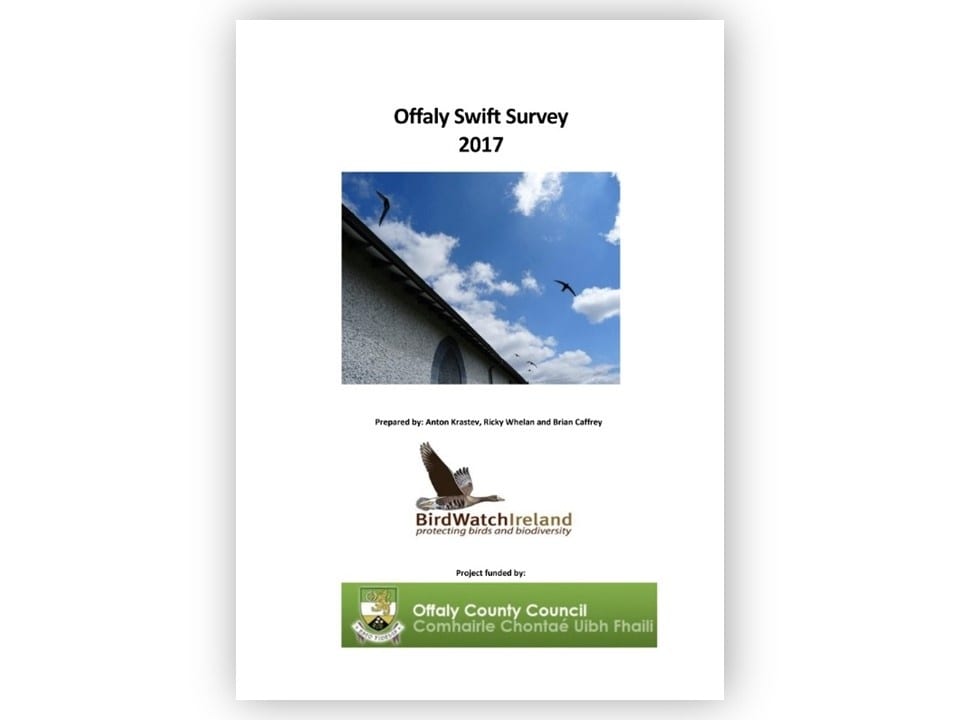 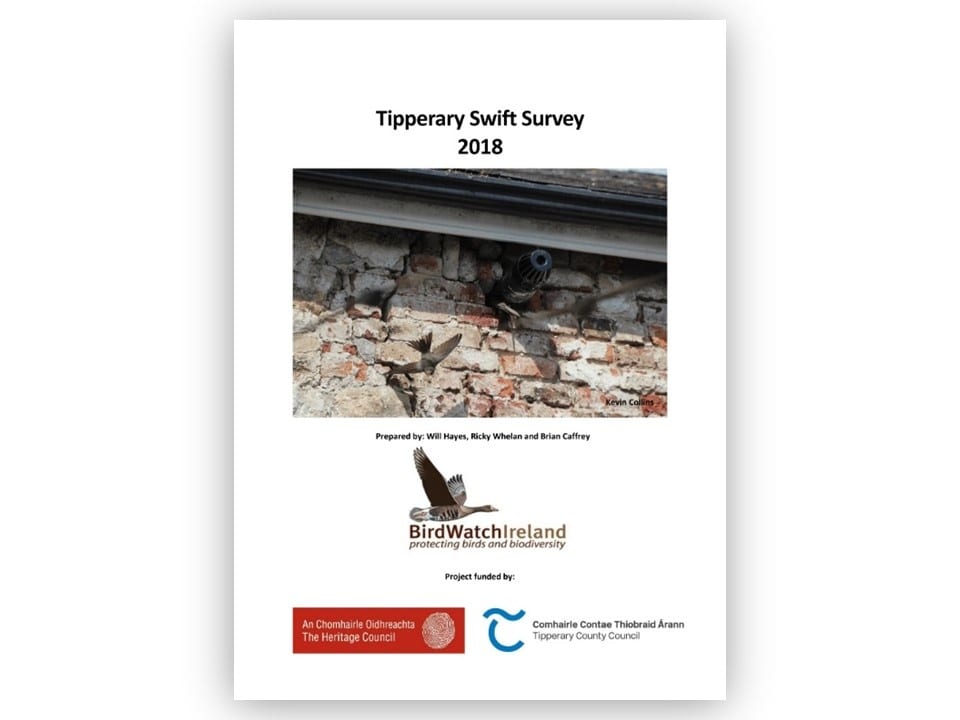 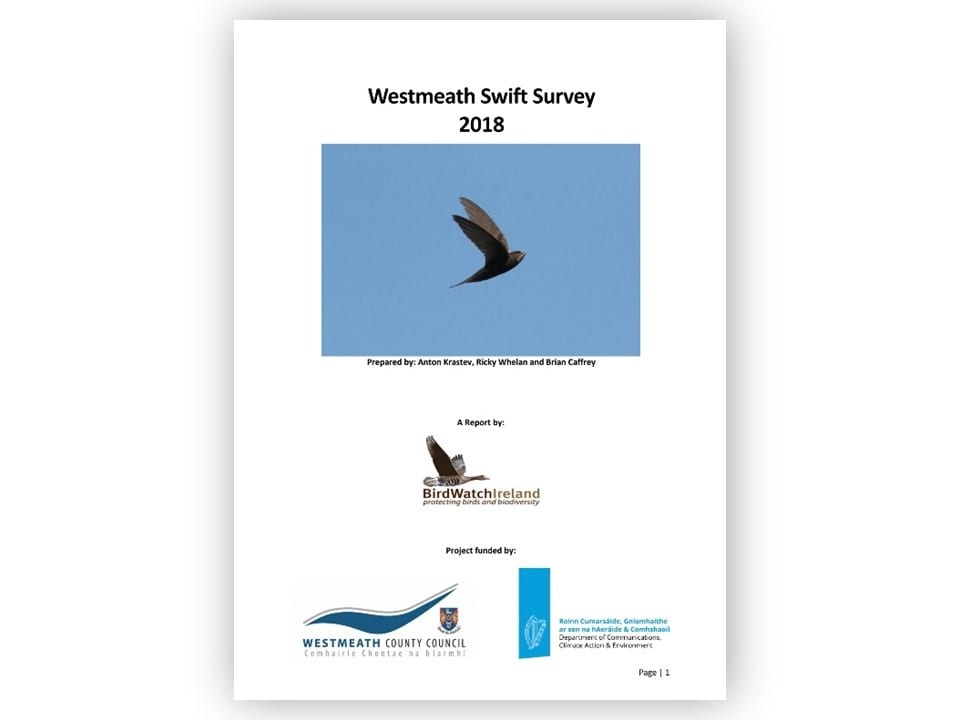 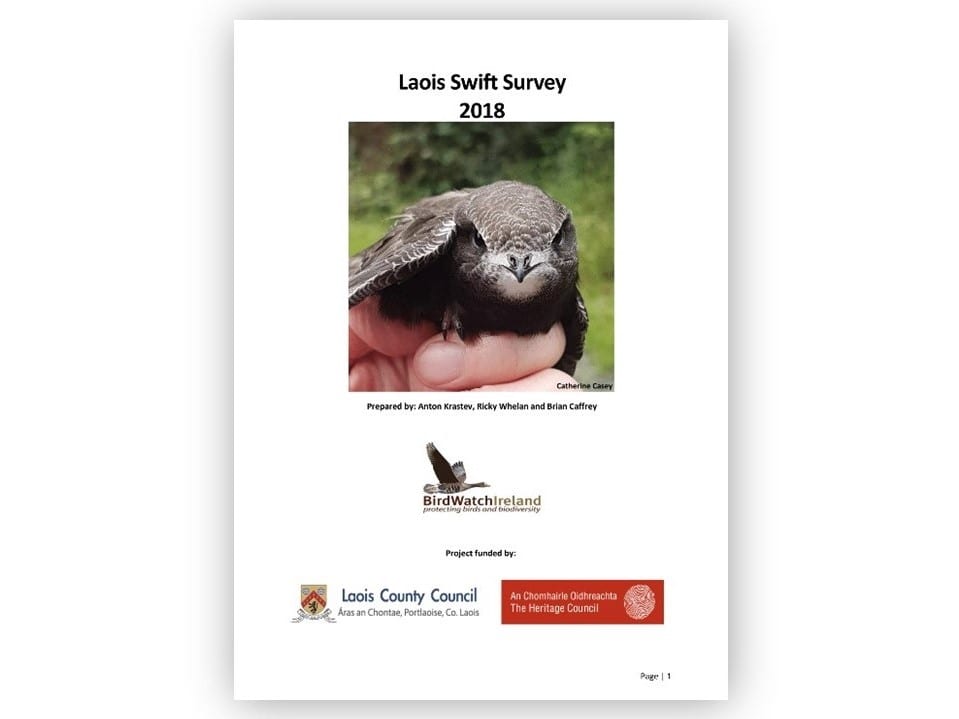 Please login to 'My Account' as this content is restricted to Members or Key Members only. Not a Member? Join us to access our extensive publications archive in addition to a host of other benefits and help us to protect birds and biodiversity.
Become a member
Email the BirdWatch Ireland Swift Team