All your birds coming home to roost: an overview of roosting waterbirds in Dublin Bay 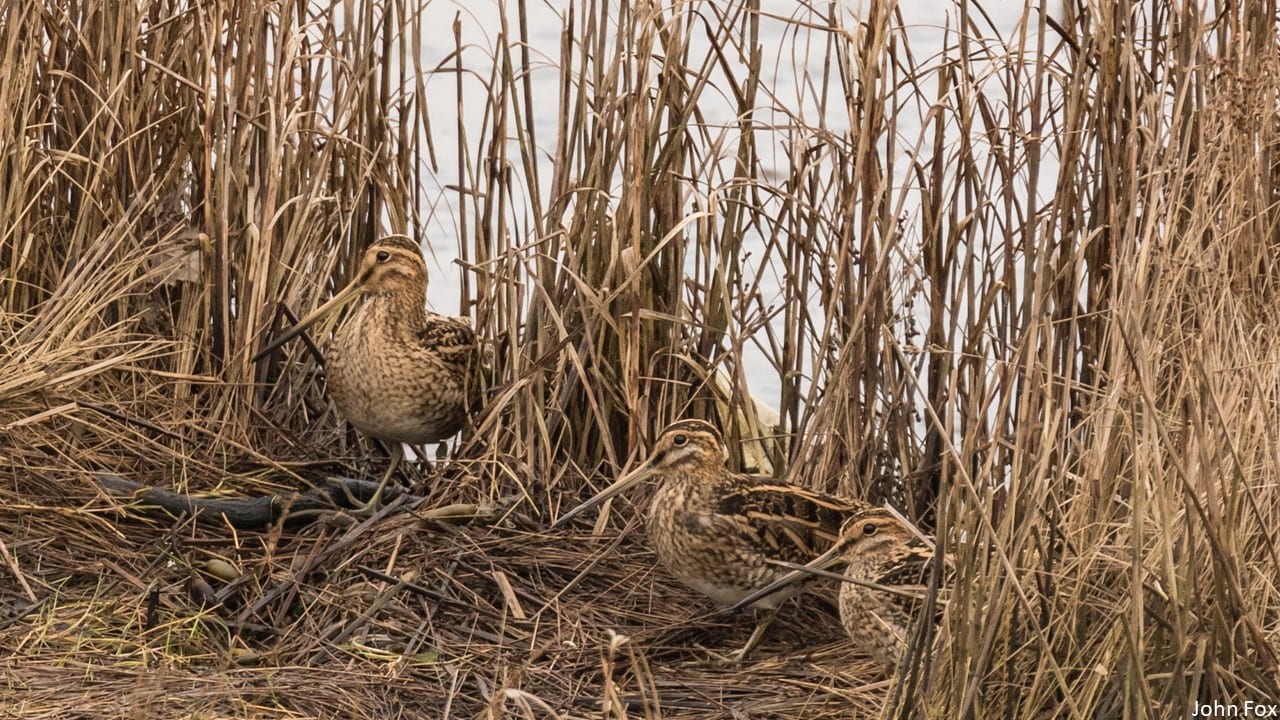 Over the past number of years, the Dublin Bay Birds Project team has been looking at the locations of high-tide roosts around Dublin Bay. Roosts are aggregations of birds which are not foraging, but instead are resting up or just having a good preen. 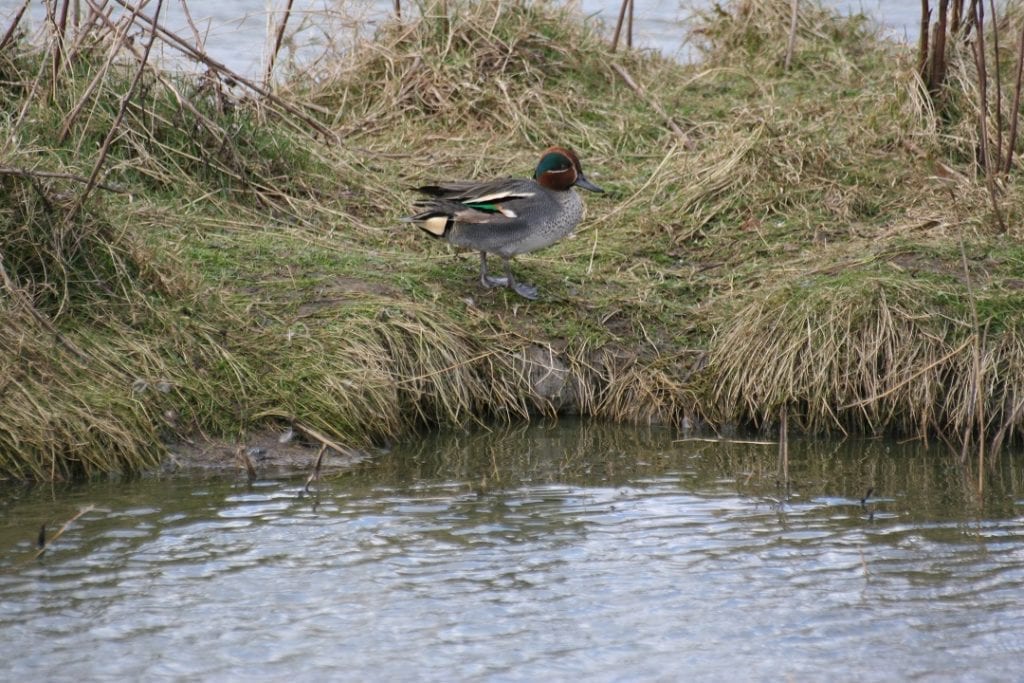 These roosts can vary in species composition and number. There are different theories for why roosts exist. The first, and perhaps most evident, is safety in numbers. The more available eyes, the less likely any one bird is to be picked off (Rogers, 2003).

A second theory is that roost sites provide an opportunity for information exchange on factors such as foraging sites (Bijleveld et al. 2010). Another benefit of communal roosting is thermoregulation (Rogers, 2003). In cold climates, packing together and facing into the wind has been found to significantly reduce energy loss in Red Knot, (Bruinzeel & Pieersma 1998), a species which is well known to surveyors to densely congregate causing more than one headache during counts!

By repeating these surveys, we can build up a picture of which roost locations are most commonly used, how overall numbers of birds may or may not change between surveys, and the differences in species using the various roosting sites across the bay.

This information is crucial as climate change, coastal erosion, habitat loss and disturbance are set to ramp up over the coming years. Identifying those areas across Dublin Bay which are important for roosting waterbirds will enable us to work to protect them.

What have we learned?

The saltmarsh in both the North and South Lagoons of North Bull Island is consistently important for roosting waterbirds, hosting the largest overall number of roosting waterbirds across the bay. The exact locations of these roost sites can differ between dates due to factors such as tide height, weather, and observer perception. In terms of overall numbers and species diversity, Bull Island is also the most important site for roosting ducks and geese in Dublin Bay.

This is the most important roost site in Dublin Bay-south in terms of overall numbers of birds, and for several wading species including Oystercatcher, Dunlin, Knot and Bar-tailed Godwit. 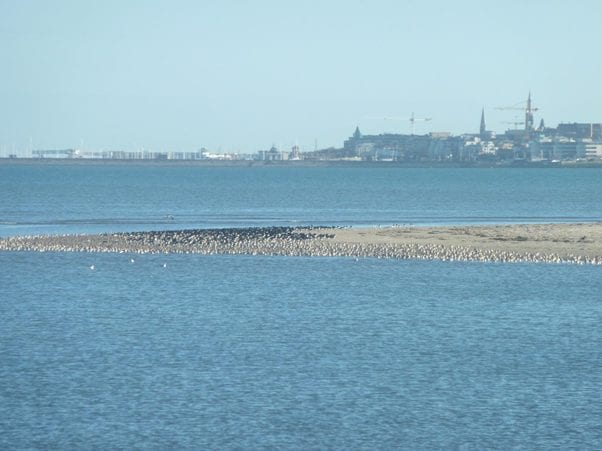 Digging a little deeper into the data it quickly becomes apparent that several wading species, most notably Redshank, Black-tailed Godwit and Sanderling depend on other roost sites within South Dublin Bay to a significantly greater extent than the roost at Merrion Gates. These roost sites are smaller in terms of overall numbers of birds present but are nonetheless critical to those species which depend upon them. 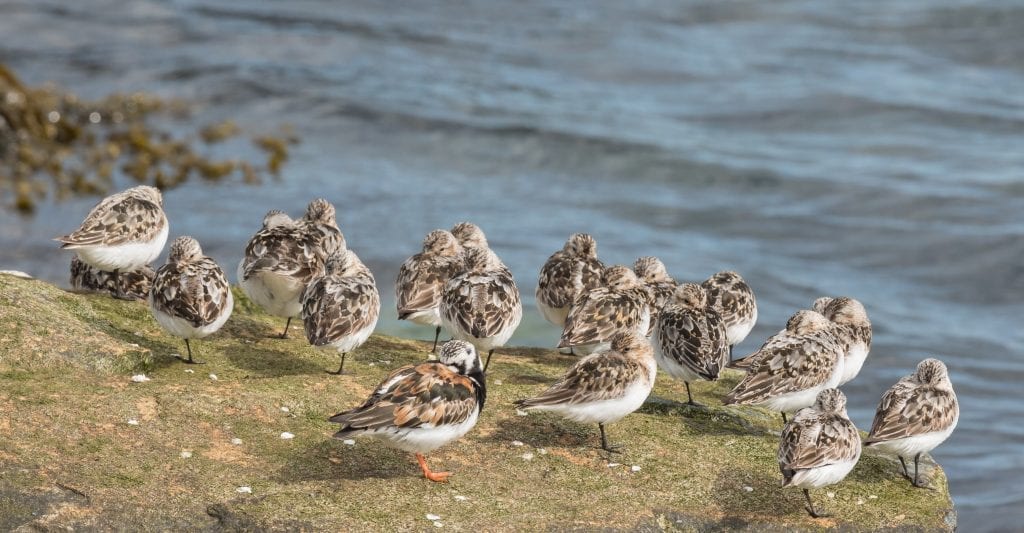 What is the significance of roost sites?

(1) The location of suitable roosting habitat plays a key role in determining foraging sites for many species.

At the Tagus Estuary in Portugal, it is theorized that a lack of suitable roost sites in the north-west of the estuary explains the underuse of this habitat by foraging Dunlin. Thus, the energetic costs of commuting from existing roost sites to these foraging grounds outweighs the benefits of an available food supply (Dias et al. 2006). Therefore, the importance of suitable roosting sites at key locations cannot be stressed enough. 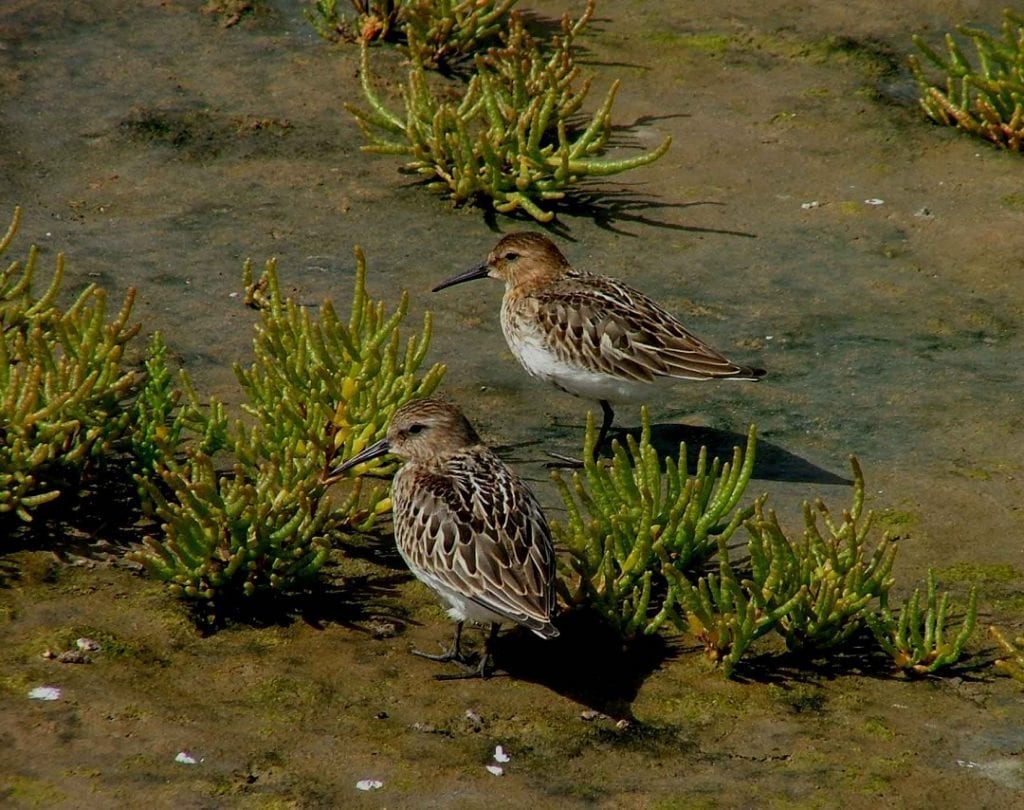 (2) Roosting is a critical period for regaining energy lost during commuting and foraging.

Disturbance at these sites can therefore have an adverse impact on individual survival. In Roebuck, Australia, it was estimated that Red and Great Knot spent an average of 5% of their daily energy budget commuting between foraging and roosting areas. By contrast, alarm flights accounted for a whopping 18% of each species daily energy budget (Rogers et al. 2006).

Simply put, the birds within this study were investing a significant amount of their energy into responding to disturbances, energy which could have been used for foraging or commuting to a roosting/ foraging site. Thus, responding to high levels of disturbance can result in reduced foraging or roosting activity, which can ultimately lead to decreases in survival. 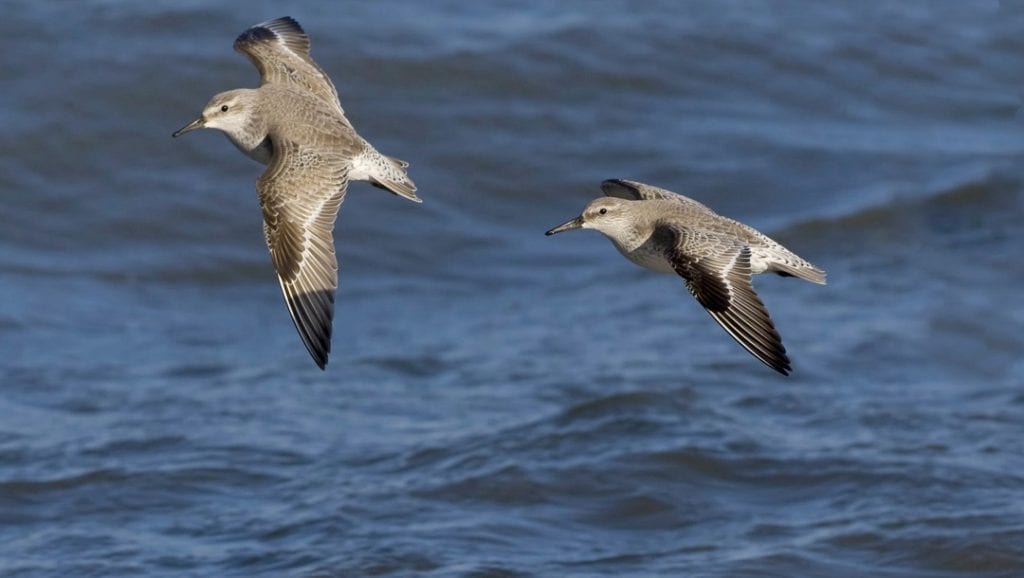 The impact of disturbance on wading species at roost sites can vary depending upon its frequency (how many times they are forced into flight), weather conditions (milder conditions requires less energy expenditure) and the amount of food available to supplement lost energy intake (Goss-Custard et al 2006).

Other factors are timing and individual condition. Post- and pre-migration these birds are particularly vulnerable to disturbance as they are either quickly trying to regain condition after their long migrations or are building energy reserves prior to migrating and their heavier bodies require more energy to lift into the air (Rogers et al 2006). These birds can also become ill and repeated disturbance can lead to a reduction in individual survival. 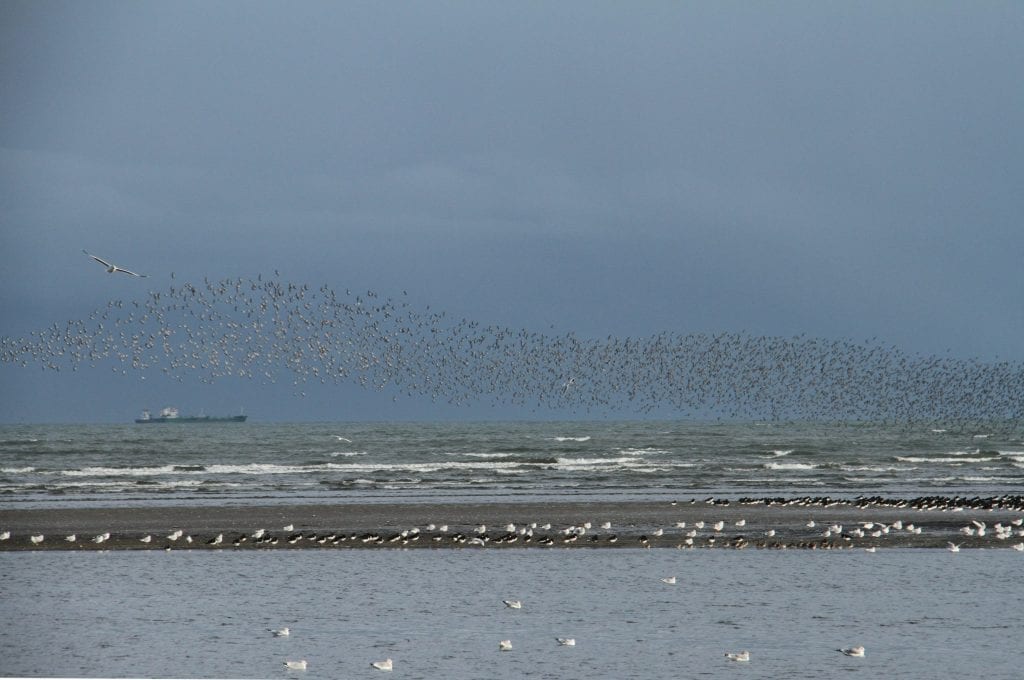 Repeated instances of disturbance at a roost site can also lead to abandonment of that area by some individuals. Navedo et al (2012) found that anthropogenic disturbance events during a high tide caused 1.5% of Eurasian Curlew to abandon the roost site completely. 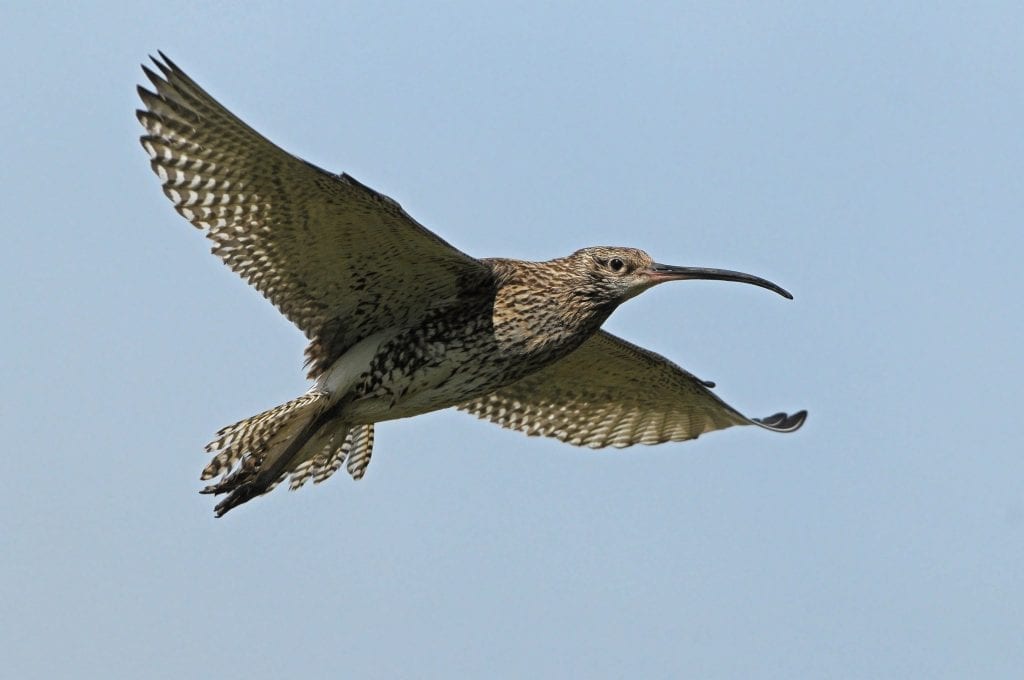 If alternative habitat is not available, birds will have no choice but to remain at a site which is regularly disturbed. Species which suffer high costs at a site due to disturbance but are unable to relocate due to a lack of available habitat, are most likely to be adversely impacted at a population level. Species are particularly prone to this pressure if they are dependent on mobile or tightly aggregated prey and are territorial or may experience high levels of competition at differing sites (Gill et al. 2001).

One such species particularly adversely impacted by the loss of roosting and foraging sites is Common Redshank, as it is highly site-faithful. Work carried out in Cardiff Bay found that between 7 and 20% of Redshank were observed away from the sites at which they were ringed, but at a maximum distance of only 4km (Burton 2000).

Following habitat loss in Cardiff Bay, the majority of Redshanks relocated to the nearby Heliport and River Rhymney mudflats. It was estimated that the annual survival rate of these displaced individuals fell by 44% in the intervening years (Burton et al. 2008). Therefore, the loss of both roosting and foraging habitat had a serious impact on individual survival within the local population of this highly site-faithful species. 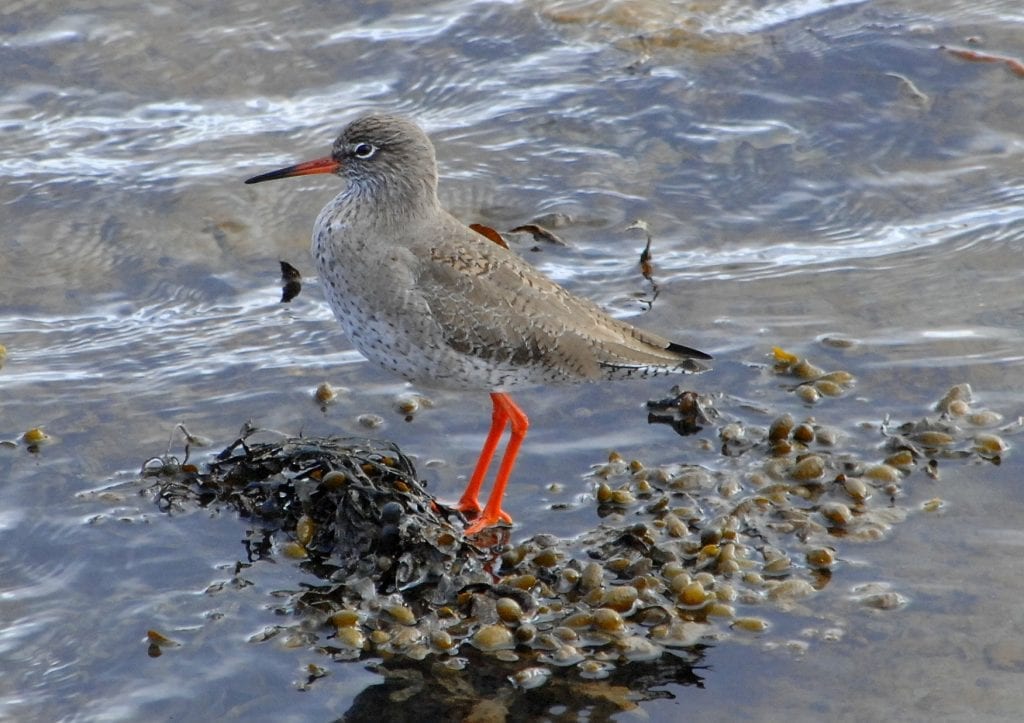 The Dublin Bay Birds Project has similarly recorded high site-faithfulness among the local Redshank population, through colour ringing efforts over the last few years. A fascinating north-sider/south-sider divide appears to be in play, not just among Dubs but also among Redshanks. No Redshank ringed on Dublin’s north-side has ever been resighted south of the Liffey, although one brave bird did straddle the line, foraging in the Liffey Channel. Only 2 Redshanks ringed on Dublin’s south-side have been resighted north of the river. 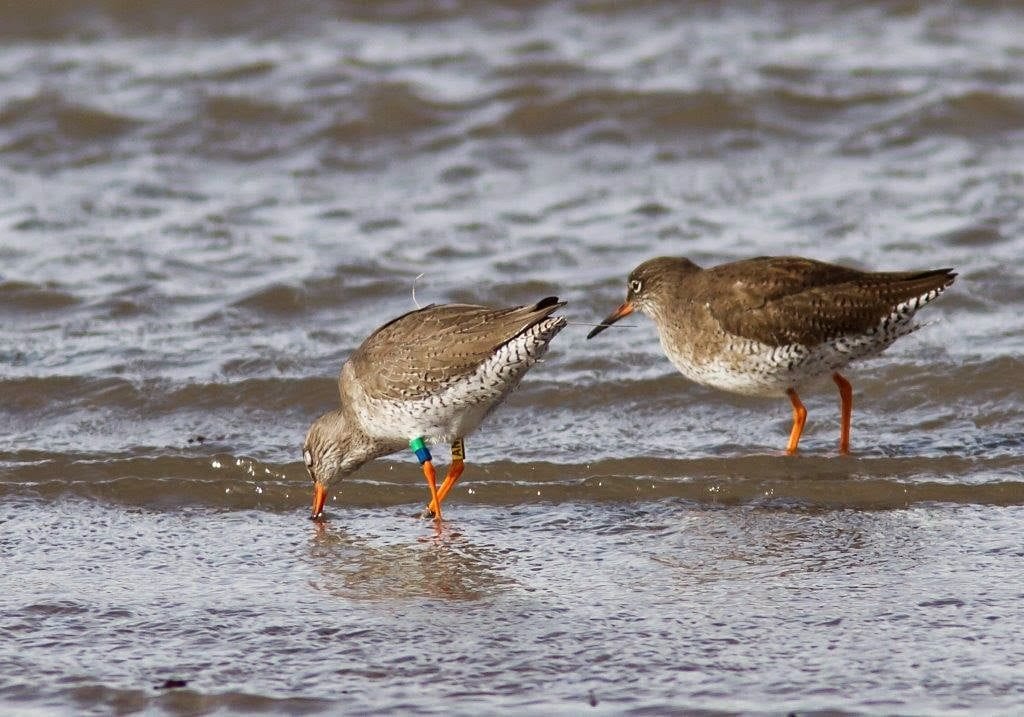 By carrying out surveys of high tide roosts, the Dublin Bay Birds Project, with support from Dublin Port Company, is working hard to better understand those areas of significance to waterbirds across the bay. This baseline data feeds into management of this internationally important site and helps to safeguard both its future and the long-term survival of local populations.