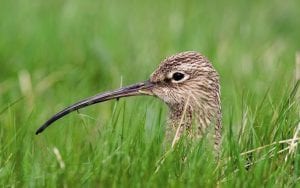 Most people will be very familiar with COP26, the global meeting in Glasgow where countries agreed a program of actions to implement the Paris Agreement and cut  greenhouse gas emissions.

However, another COP, COP 15 – the Fifteenth meeting of the Conference of the Parties on the Convention on Biological Diversity (CBD) was held last month but received very little publicity, nationally or globally.  The meeting was online but a second part of COP 15 will take place from 25 April-8 May 2022 in Kunming, China.

The Convention’s First Draft of the Post-2020 Global Biodiversity Framework  was released in the run-up to the October meeting and the framework, together with effective implementation mechanisms will hopefully be adopted in spring 2022 in China

However, the October meeting highlighted that the loss of global biodiversity is as much as threat to our survival as climate change.  Progress to address the loss of species, habitats and ecosystems has been insufficient, targets have been missed and the window for halting and reversing losses is closing – a sadly familiar story from COP26.

The COP15 Global Vision for 2050 is “Living in Harmony with Nature”.  On the way to this, the 2030 Mission sets out four overarching targets, with actions that must be initiated immediately and completed by 2030.  Urgent and transformative change across governments and society is needed to achieve the 2030 targets.

In Ireland, we need to re-double our efforts in this decade to protect species and habitats if we are to make a meaningful contribution to the 2030 targets.  In particular, urgent action is needed for farmland birds, especially severely threatened species such as Curlew and Lapwing and farmland raptors.  Government is currently designing the next CAP measures for Ireland, measures which will dictate how farmland is managed over much of this decade.  Included in the debate are what measures farmers will be paid for to protect farmland biodiversity.  BirdWatch Ireland is  very concerned that the measures being considered fall far short of what is needed.  What will be the status of Curlew in Ireland when the CBD COP reports in 2030?  Will we have missed this chance to save Curlew from extinction in Ireland in the coming decade?