EU and UK must do more to protect deep sea fish 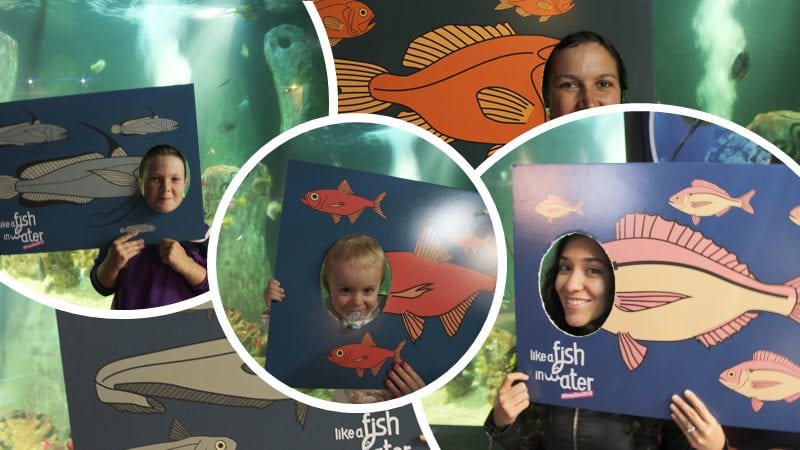 However, the proposal does not go far enough to ensure protection and allow the recovery of these very sensitive and unique species, some of which are the most vulnerable known to humankind. NGOs urge European decision-makers to set fishing limits for deep sea fish populations in line with scientific advice, the precautionary approach and considering the negative impact of fishing for these species on fragile deep-sea ecosystems.

The proposal so far includes concrete figures only for the 3 deep sea stocks that are fished by the EU alone. The remaining 6 deep sea stocks shared with the UK will be discussed between the EU and the UK, who will have to work together to ensure sustainable management of deep-sea stocks in the Northeast Atlantic.

Deep sea fish species tend to be slow-growing, late-maturing and long-lived. Some of the commercially exploited deep sea species live up to 80 years, and some only reach reproductive maturity after many years. Orange Roughy for example do not reproduce until they are at least 20 years old and can reportedly live to be 149. Conveniently for fishermen many species also have the habitat of congregating around seamounts. These characteristics make deep sea fish exceptionally vulnerable to overexploitation.

As a result of knowledge gaps and serious deficiencies in their management, most deep‐sea stocks in Europe are severely depleted or in unknown condition, which also puts the viability of the fishing communities that depend on them at risk. That is why NGO also call for taking action to fill data gaps and to urgently adopt and fully implement recovery and management plans for some of the most threatened species, such as deep-sea sharks.

“This November fisheries Ministers from across the EU will gather in Brussels to negotiate fishing quotas for deep sea fish for the next two years. While Irish fishermen do not directly target the deep sea fish stocks covered by the negotiations, the Irish Government do trade our fishing quotas for deep sea fish to countries like France and Spain meaning we are complicit in their overfishing,” said Fintan Kelly of BirdWatch Ireland. “Given the Governments legal obligations to end overfishing and the dire need to protect our deep-sea environment the time has surely come for Minister McConalogue and other decision makers to follow scientific advice and end overfishing,” he continued.

“We welcome the European Commission’s proposal, which seems to follow the scientific advice for black scabbardfish in the Bay of Biscay, Iberian waters and in Azores and for red seabream in Atlantic Iberian waters.”, said Gonçalo Carvalho, Executive Coordinator, Sciaena.

“We expect the EU to similarly follow the science on all the other deep sea fishing limits, both internally, but also in the discussions with the UK, as this is the only way to ensure healthy deep sea fish populations and ecosystems.”

“We consider that the Commission should have followed scientific advice for roundnose grenadier in Skagerrak and Kattegat by proposing no catches of this stock” said Andrea Ripol, Fisheries Policy Officer of Seas At Risk. “In fact, it should be questioned if the EU should at all be requesting scientific advice on ‘sustainable’ catches and recommending licensing the legal hunt of a species classified as ‘endangered’ on the IUCN Red list. Ignoring the endangered status of sensitive species runs counter to the EU Biodiversity Strategy key commitments for 2030 to restore marine biodiversity and ecosystems”, she added.

“We are highly concerned with the lack of management of deep-sea sharks” says Irene Kingma of the Dutch Elasmobranch Society. “The proposed removal of the exemption for shark catches in longlines is a positive step that should be followed up with the development of protective measures and enhanced data collection for these extremely vulnerable species. The Commission and member states committed to this in 2016 but to date no actions have been proposed.”

“Besides all the social and environmental outstanding challenges that member states must deal with, 2020 is also the Common Fisheries Policy’s legally binding deadline to follow the scientific advice and ensure proper management of public marine resources”, said Lydia Chaparro, Fisheries Policy Officer at Fundació ENT. “Restoring ocean health is feasible, but only if urgent action is taken. On the contrary, ignoring science and its precautionary advice will make it even more difficult, and costly, to face the challenges that continue to affect the health and the future of these fragile ecosystems.”

“Due to Brexit, as of this year more than 60% of the deep-sea fish stocks managed through catch limits will require an agreement between the UK and the EU. Therefore, the status of deep-sea stocks and the habitats in which they live will depend mostly on the cooperation between both parties” explained Javier López, Campaign Director for Sustainable Fisheries at Oceana in Europe. “A non-cooperation scenario in which both parties would unilaterally set catch limits can only result in widespread overfishing that would not only be destructive for the vulnerable deep-sea ecosystem but also for the fishing fleet. We urge the UK and the EU to find an agreement on catch limits based on environmental criteria and governed by the best scientific advice.”