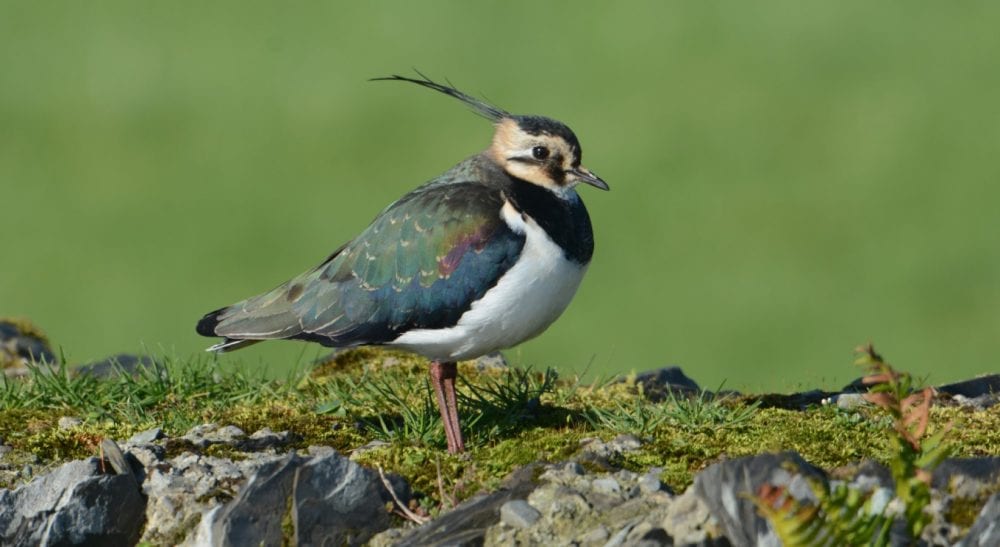 BirdWatch Ireland is dismayed with the shape of the Common Agriculture Policy (CAP) agreed last week by the majority of Irish MEPs and the Agriculture Minister Charlie McConalogue TD at the European Council. The proposals agreed will not address the climate, biodiversity or water problems generated by Irish agriculture unless they are radically changed.

The proposed new CAP is also not in line with the objectives of the EU Green Deal, including the Biodiversity and Farm to Fork Strategies making it much harder to meet obligations in both. The European Commission must now #WithdrawtheCAP proposal and bring it in line with the Green Deal, so that effective the appropriate investment, action and ambition can be injected into the proposal to address the major challenges that society faces of biodiversity loss, climate breakdown and declining water quality. Farmers are part of the solution to these problems but they need the supports and policies to drive change.

We are heartened however that leading climate and environment activists like Greta Thunberg and Fridays for Future have weighed in on calls to #WithdrawtheCAP after seeing the truth that the business-as-usual CAP will leave future generations struggling to fix the problems that the current CAP decision makers are causing and which need to be fixed now.

Oonagh Duggan, BirdWatch Ireland’s Head of Advocacy, said, “The budget for the CAP is worth one-third of the overall EU budget (ie. €387 billion of €1074 billion total). This is Irish and EU taxpayers’ money, but when the CAP budget was agreed it came with the requirement that it would need to demonstrate higher environmental ambition. This is not reflected in current proposals which are regressive rather than progressive. This proposal is a waste of taxpayers’ hard-earned cash.

“Farmers, nature and climate have been betrayed, with a weakening of the environmental conditions for the Basic Payment and labelling of non-environmental payments as environmental spend. There will not be much cash left over for truly effective environmental action to save threatened bird species, such as the Curlew and the Lapwing, which are in serious decline because of the intensification of agriculture and other land use changes.

“Despite ambitions to reform the CAP for the last ten years, these proposals are a setback for farmers on the ground trying to do more for biodiversity and climate and who want better headlines about their sector. Farmers themselves are at the front line of climate and ecological impacts and need this support”.

All of the environmental indicators relating to agriculture in Ireland are going in the wrong direction. Recently common farmland bird species, including the Kestrel and the Stock Dove, have been showing worrying declines due to changes in farmland habitats. BirdWatch Ireland called for 10%[1] of all farmland to be set aside as space for nature on all farms, but MEPs and the agriculture minister have voted for just between 3-5% on tillage farms only. This means that 95% of Irish farms will be not be required to undertake additional actions as a condition of the basic payment. Eco Schemes will be voluntary only and the percentage of funding is low at between 20-30% top up to the basic payment.

In relation to peatlands, language on the new requirement to protect these as part of the basic payment was watered down to ‘minimum protection’ and ‘maintenance’ of peatland, which could mean maintenance of existing drainage. Carbon emissions from peatlands amount to 11 million tonnes annually in Ireland. This is backward step, at a time when all talk is about taking action on climate.

MEPs and agriculture ministers also voted to label 40% of the Areas of Natural Constraints funding as environmental spend, though there are absolutely no environmental criteria associated with this payment. This will likely mean that there will be less money for effective spend on scaling up the very promising European Innovation Partnerships (EIPs) that the Department of Agriculture and CAP funds, such as the Curlew EIP[2], the Bride EIP, and Hen Harrier EIP which is not acceptable.

Transitional regulations agreed earlier this year mean that the current CAP will run for another two years. There is still time to bring about a CAP that aligns agriculture with the EU Green Deal and to address the biodiversity and climate crises in Ireland.