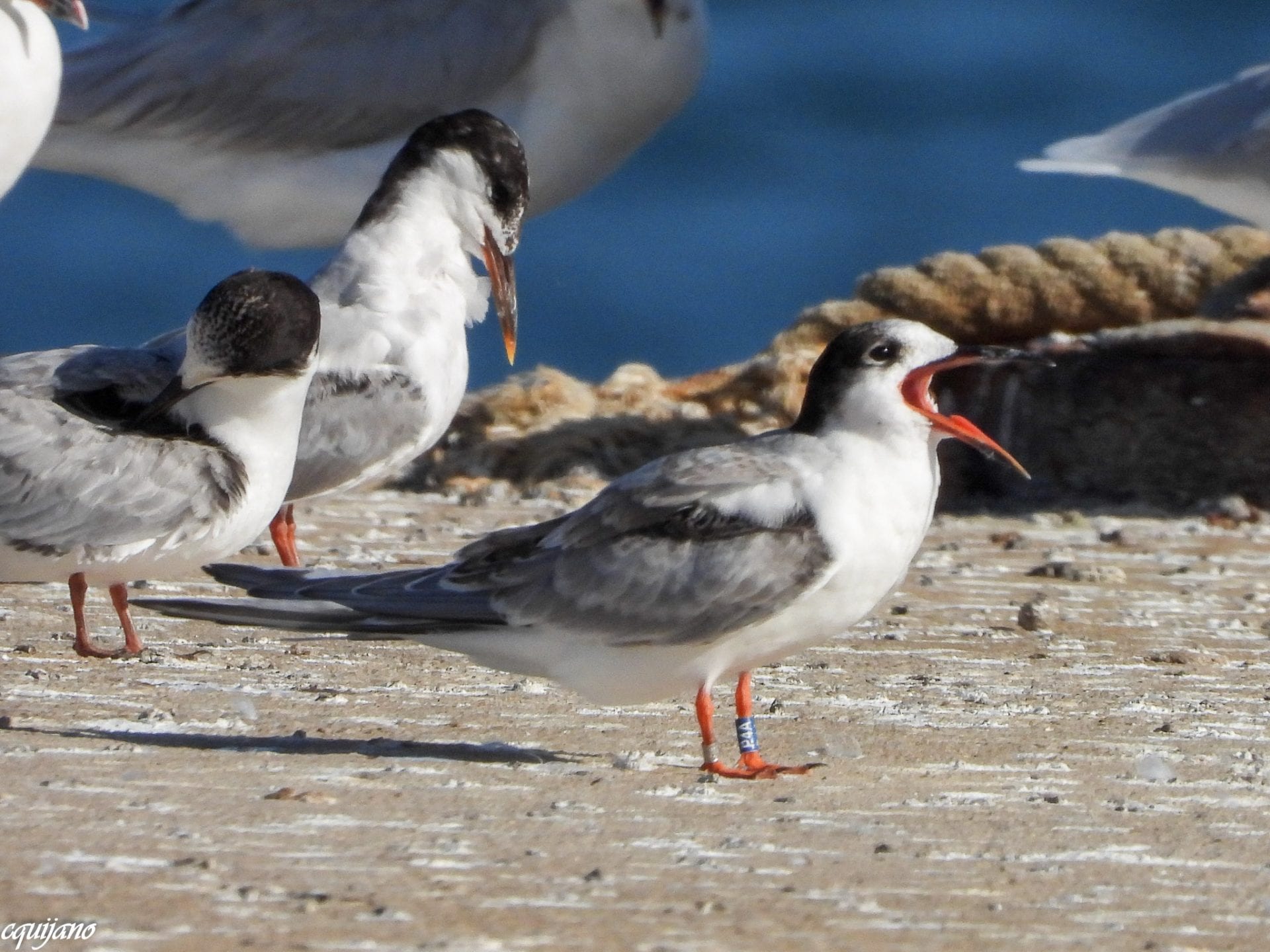 One of ‘our’ Dublin Port Common Terns has been spotted by Kebba Sosseh in The Gambia, chilling out alongside West African and Sandwich Terns at the Tanji Bird Reserve! 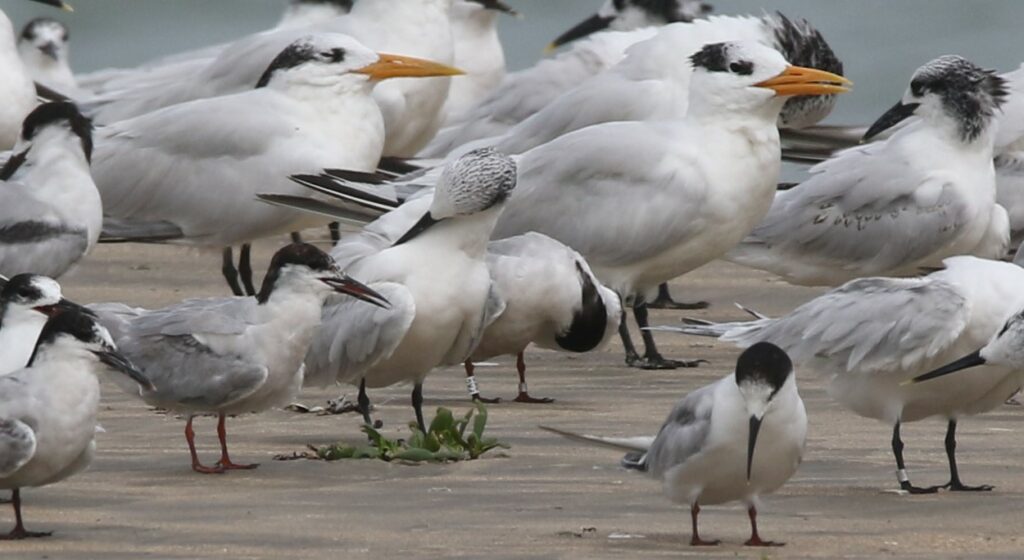 Caught this season as an adult breeding in Dublin Port, it was fitted with the colour ring ‘PKC’ by the Dublin Bay Birds Project in June of this year. 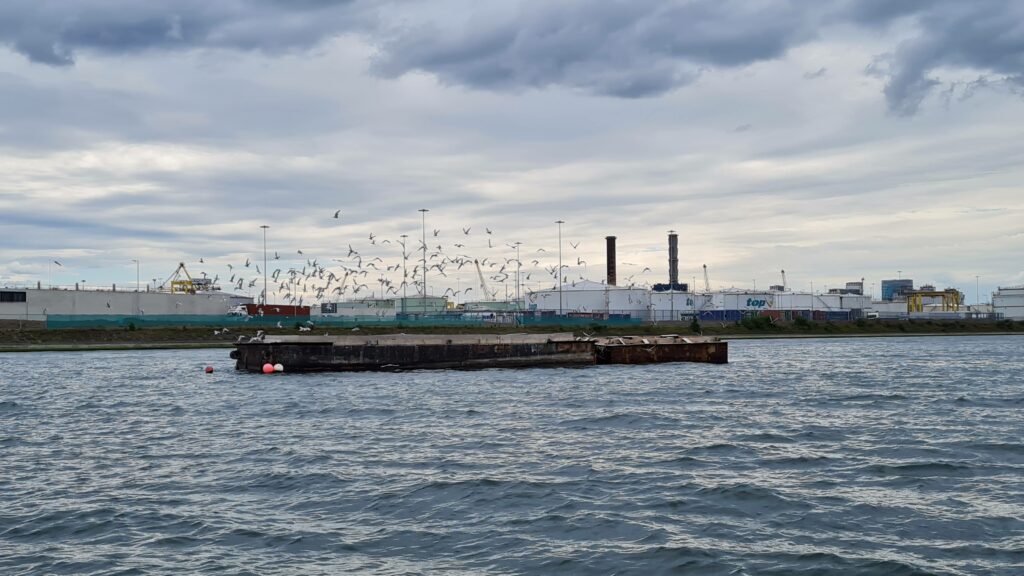 Within a few short months of being colour ringed ‘PKC’ had (if all went well) raised a family and then migrated >4,500km south to the Tanji Bird Reserve in The Gambia. 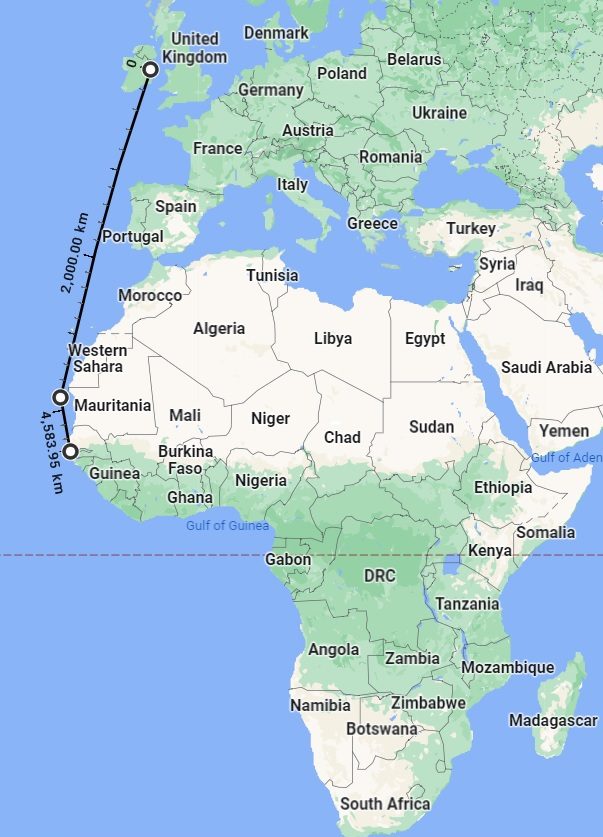 The approximate distance from Dublin Port where Common Tern ‘PKC’ bred in 2022 and Tanji Bird Reserve in The Gambia, where Kebba Sosseh resighted it in October 2022.

The total number of kilometres clocked up by this bird is likely much higher than 4,500 as these birds are constantly following shoals of fish, and hence vast tracts of ocean and coastline.

We know that Common Terns breeding in Europe migrate even further south than The Gambia or Senegal, with colour ringing and satellite tracking work revealing Common Terns migrate as far as South Africa. Common Terns ringed in Dublin Port by the DBBP have been sighted in Namibia by Mark Boorman, just north of South Africa. 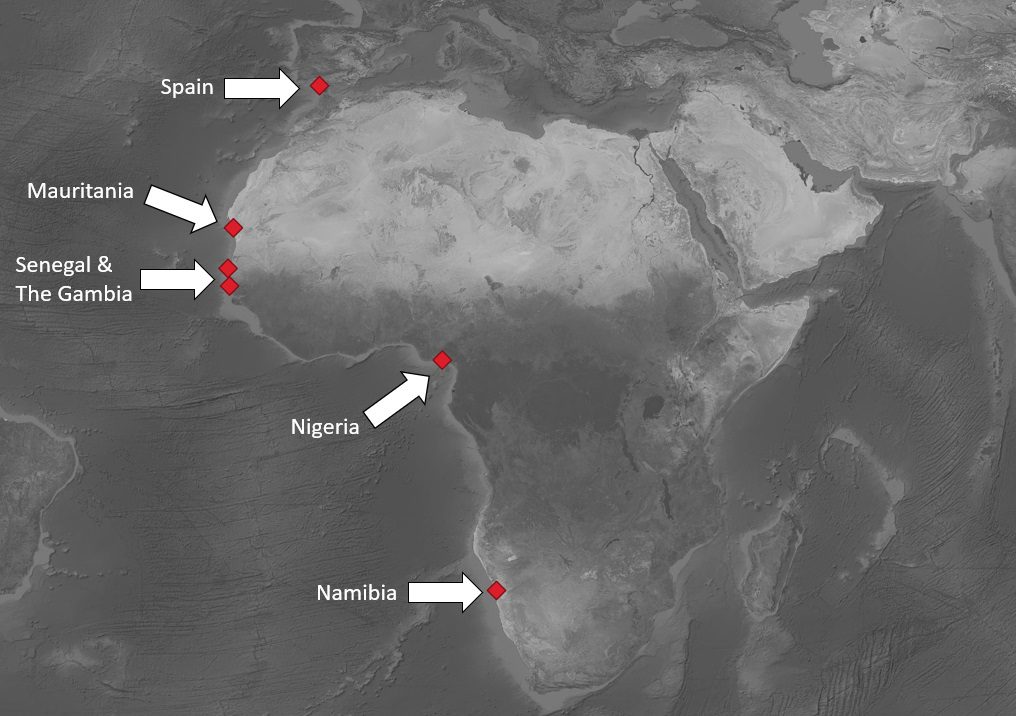 Locations of resightings of Common and Arctic Terns on the wintering grounds/ passage. Note the resightings in Spain are from birds on passage. 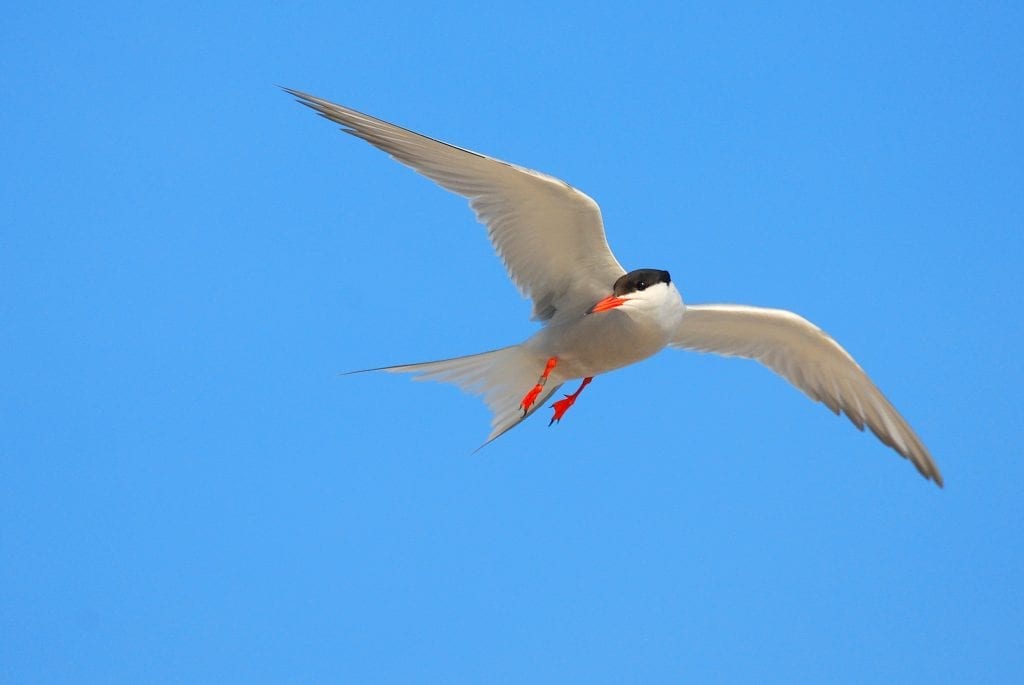 These migrations show just how interconnected our world is. What happens here during the breeding season, has knock on effects on Common Tern populations migrating to and overwintering in Africa. And vice versa – what happens on migration and the wintering grounds impacts the breeding populations further north. 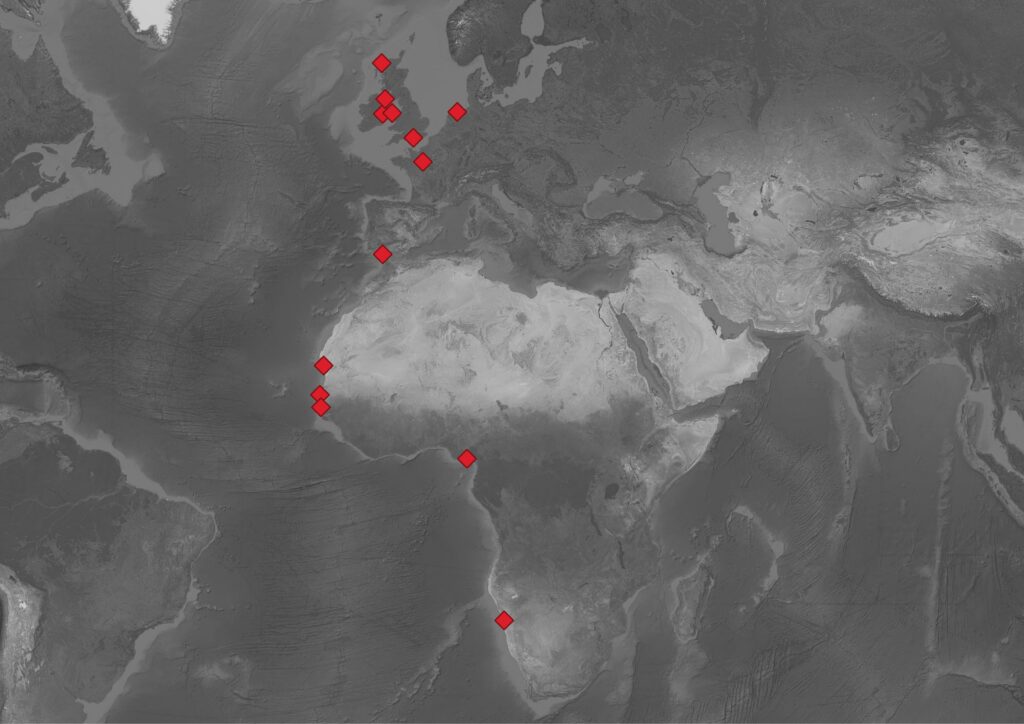 Countries Common and Arctic Terns have been resighted in during the breeding season, on passage/ wintering grounds. It shows just how connected our planet truly is.

This is why protecting these birds at every stage is vital to their conservation. Colour ringing has the potential to provide us with the baseline data to not only discover where these birds are going, but also their survival rates, thereby informing conservation strategies.

Without the efforts of people like Kebba Sosseh, Mark Boorman, and the many others volunteering their time along migration routes, at the wintering grounds and breeding sites, the Dublin Bay Birds Project simply wouldn’t have this info. It’s no exaggeration to say we cannot do this without your help! 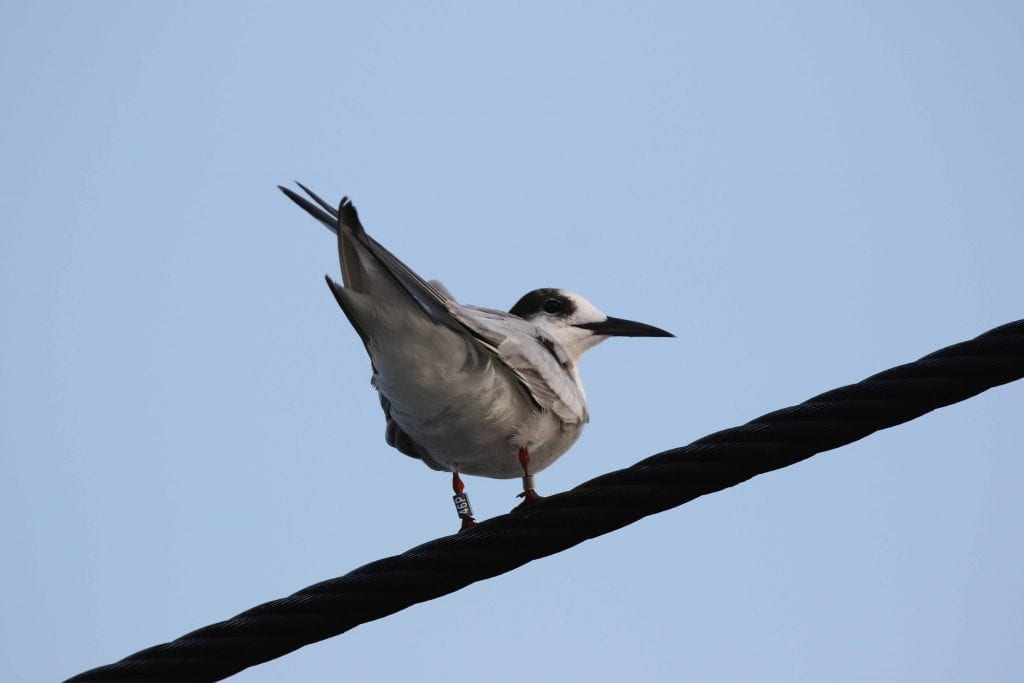 Common Tern ’46P’ resighted by Kebba Sosseh in Senegal in 2019. Resighted on a breeding structure in Dublin Port in 2022. (Kebba Sosseh). 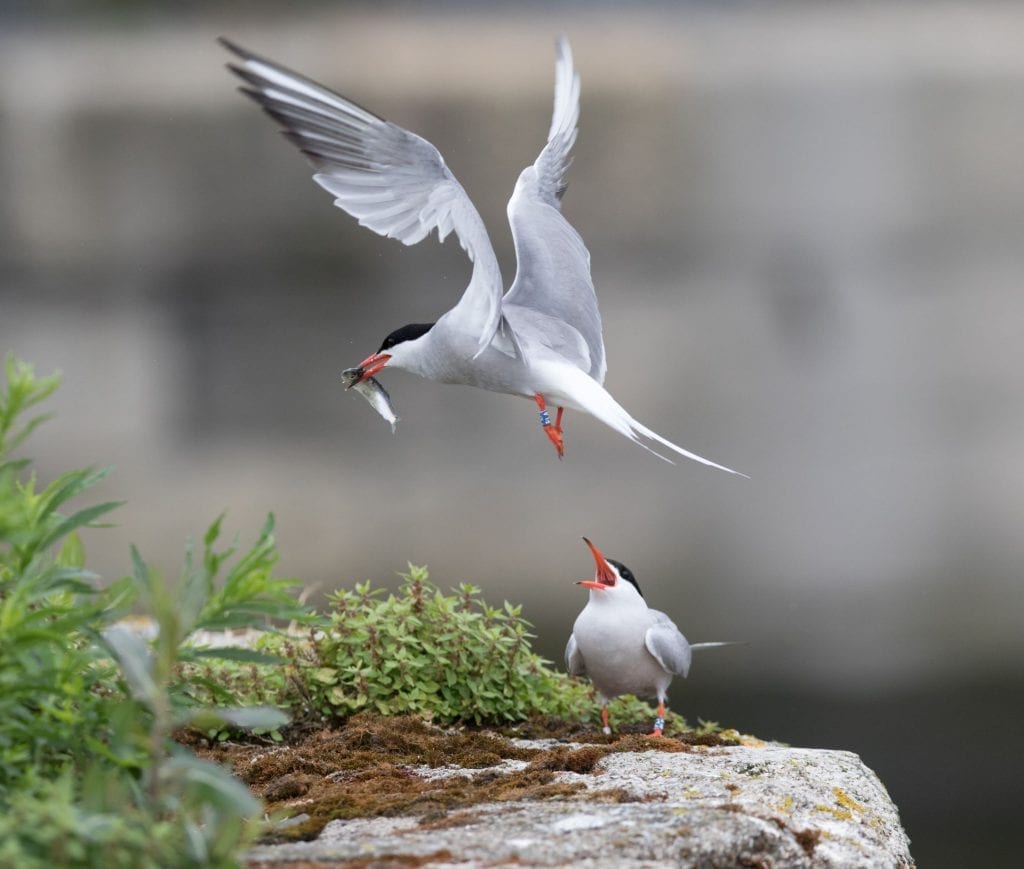 Common Terns ‘PLA’ and ‘PLT’  resighted by Kevin Maguire at a breeding colony in Dublin city in 2020. Both birds hatched in Dublin Port in 2015 (Kevin Maguire).

The Dublin Bay Birds Project has coloured ringed Common and Arctic Terns, but also Oystercatchers, Redshank, Bar-tailed Godwit and Curlew. These waders are overwintering on our shores right now. If you see any of these colour ringed birds, please note the inscription, where you saw the bird, and whether it was foraging or roosting – you can log your records here or email colourrings@birdwatchireland.ie. Photos of the colour ringing schemes can be found below.

Many thanks and happy ring reading!

Thanks to Dublin Port Company for their help, support and continued funding. 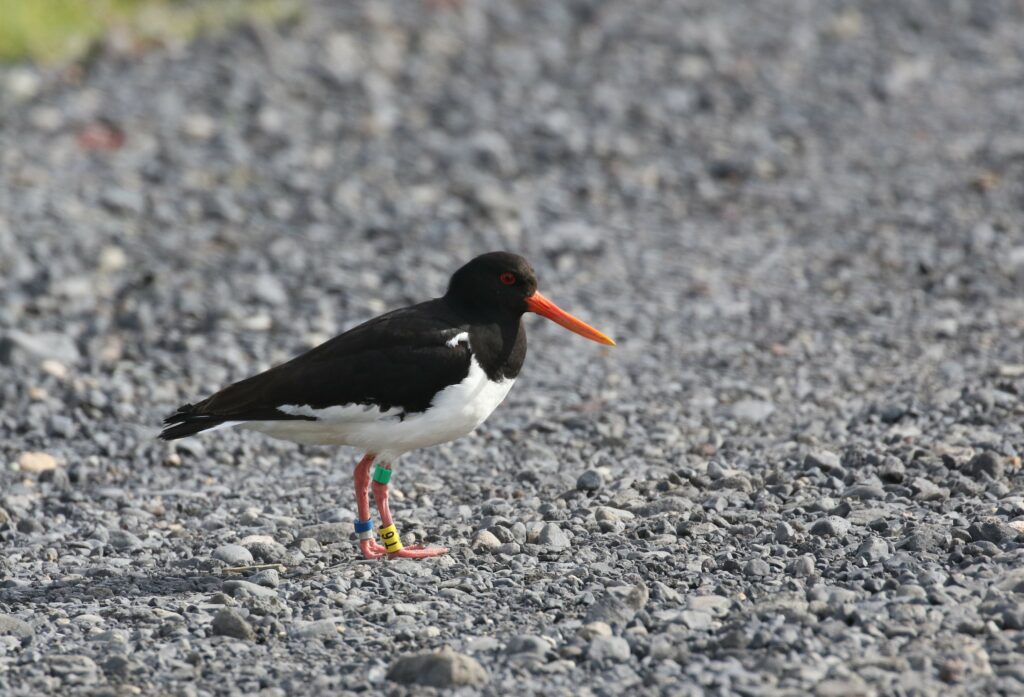 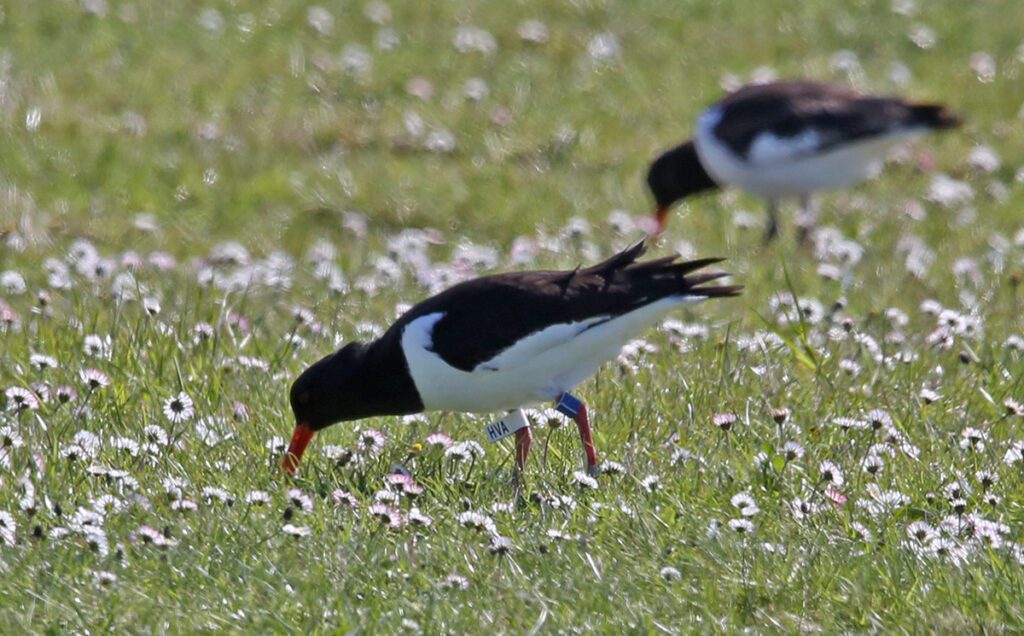 Oystercatcher ‘HVA’ resighted by Ian Thompson at Askernish, Scotland. Note the blue ring on the upper left leg (tibia). This can be red on some Oystercatchers. It is really important that the colour of this ring is recorded (blue or red). (Ian Thompson). 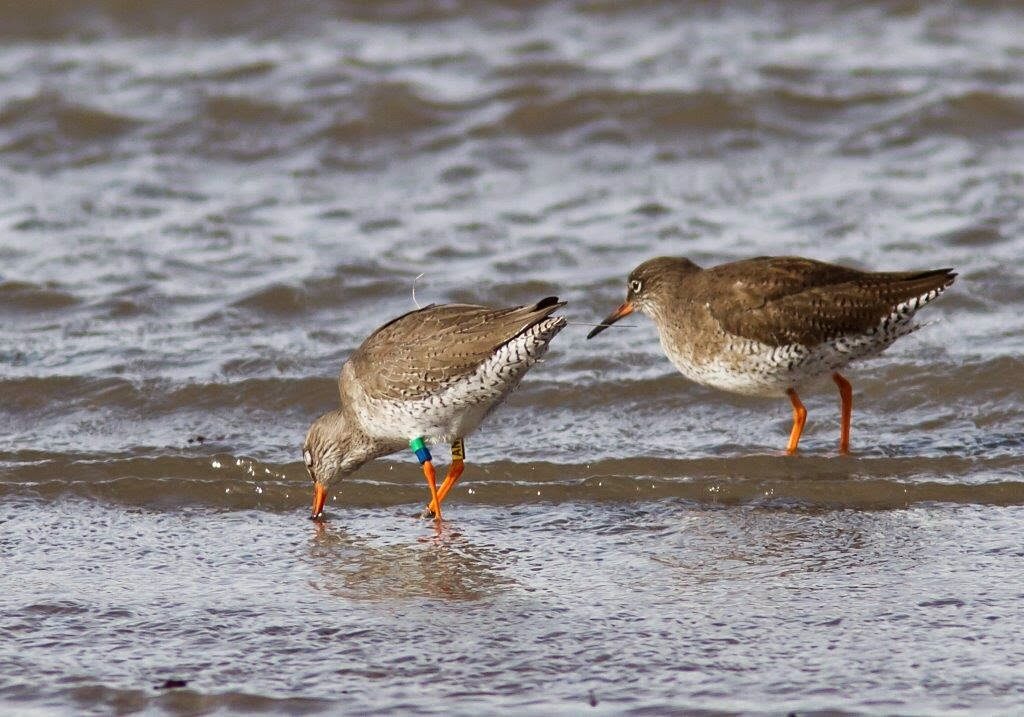 Redshank ‘AN’ photographed by John Fox at North Bull Island. Note the yellow inscribed ring on the right upper leg (tibia) and the green colour ring on the left tibia. The other colour ring can be blue as above, or yellow. (John Fox). 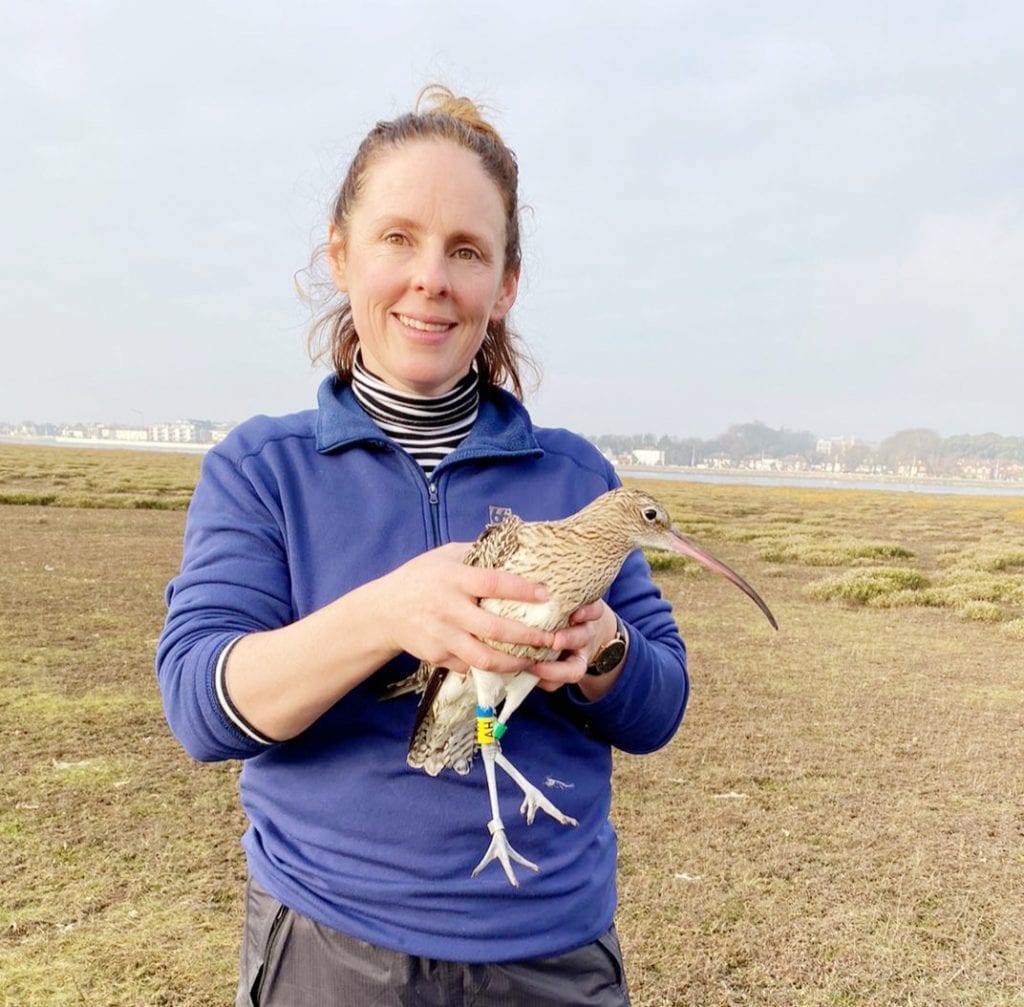 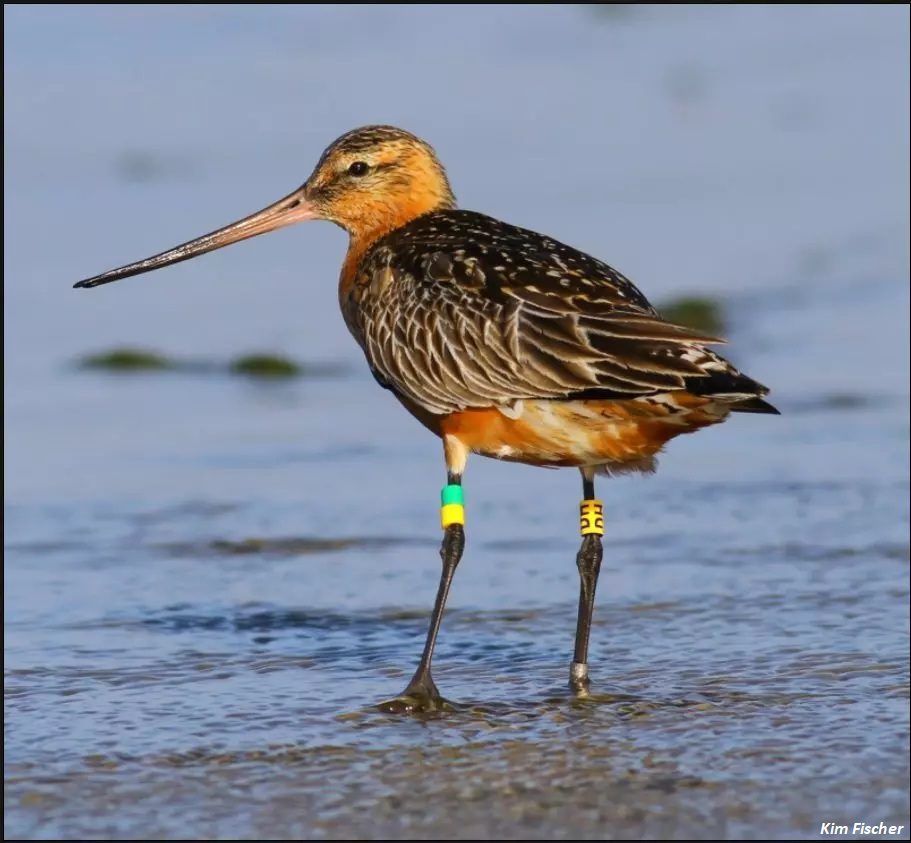 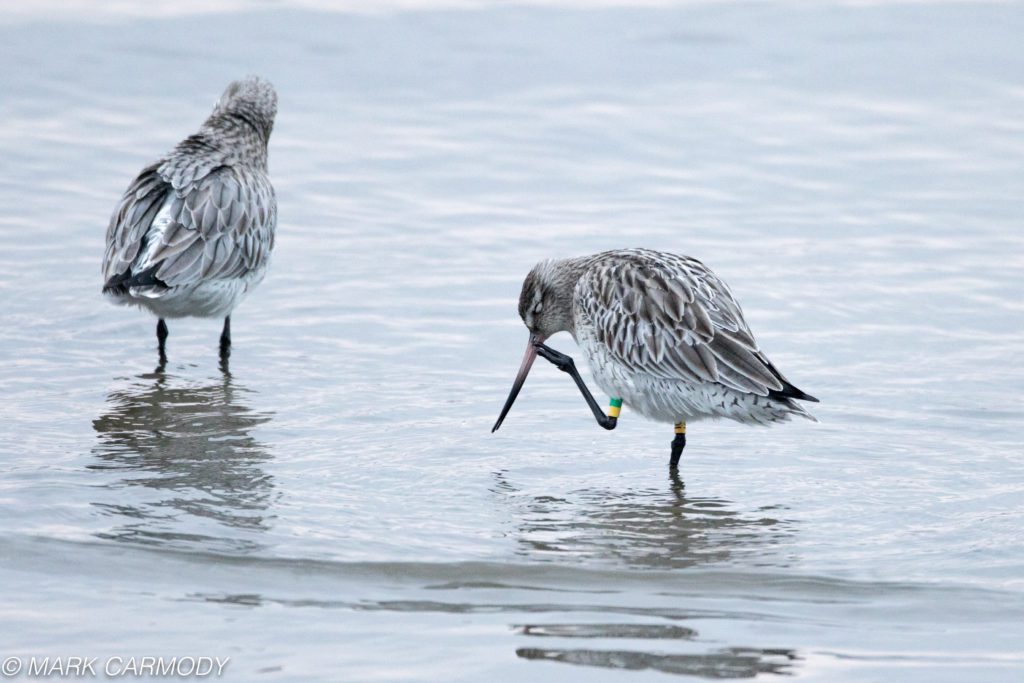