Irish birds are faring worse than ever before 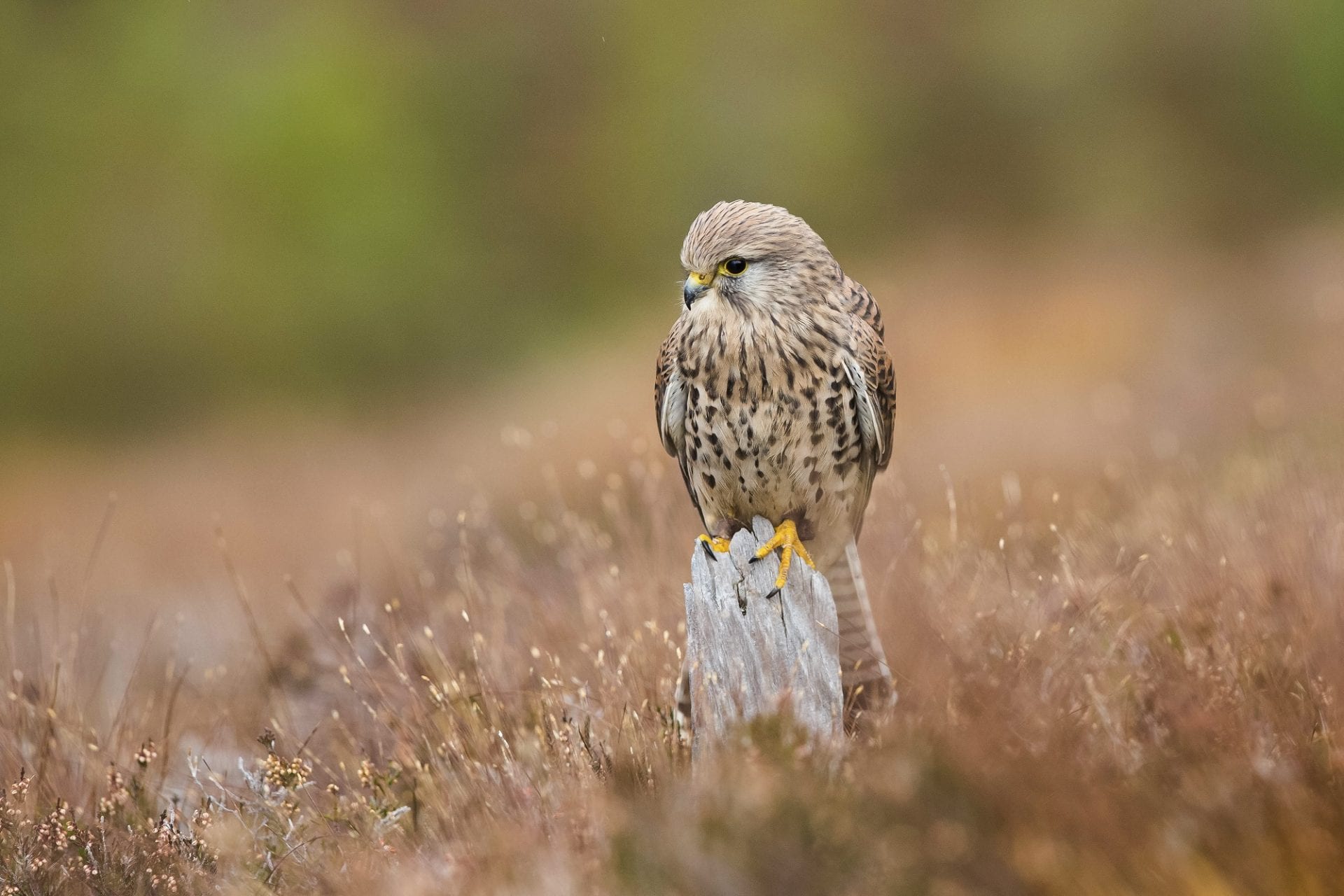 The latest review of the Birds of Conservation Concern in Ireland provides alarming reading, with a 46% increase in the number of Red-listed species, those of highest conservation concern.

A paper in the latest issue of Irish Birds, BirdWatch Ireland’s annual scientific journal, has revealed that more birds than ever before are now Red-listed on the island of Ireland.

A total of 54 Irish bird species (26%) are now on the Red List, indicating the highest status of concern for their populations, the most recent ‘Birds of Conservation Concern in Ireland’ review has found. This review uses a traffic light system to indicate the conservation status of bird species by placing bird species onto three lists – Red, Amber or Green, indicating whether a particular species of is high, medium or low conservation concern. The review is carried out across the island of Ireland, by BirdWatch Ireland in the Republic of Ireland and the Royal Society for the Protection of Birds in Northern Ireland. Please click here for a full list of Ireland’s Red- and Amber-listed species.

Since the previous assessment in 2013, 23 species have moved onto the Red List and only six species have left it. New entries to the Red List include the much-loved Puffin, fellow seabirds Razorbill and Kittiwake, wading birds Knot and Snipe, and the Kestrel, a bird of prey. These species join others such as Curlew, Ring Ouzel and Corncrake which have been declining for many years and which are now at risk of extinction in Ireland. An additional 79 species (37%) are now ‘Amber-listed’, and 78 are on the Green List (i.e. not currently considered at risk). 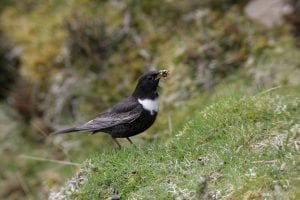 Ring Ouzel: this beautiful member of the thrush family is now at risk of extinction here
(Photo: Andy Hay)

The assessment is based on the most up-to-date information available, and the criteria mainly follow previous assessments of conservation status at global, European and national levels. Within Ireland, historical decline, trends in population and range and other criteria were assessed. The results are very concerning.

Many breeding birds of farmland and bog habitats continue to fare very poorly. Almost 40% of the Red-listed breeding birds are associated with farmland, including Corncrake, Curlew, Lapwing, Barn Owl, Stock Dove and Grey Partridge. Breeding Snipe, which were Amber-listed in the previous assessment, are now on the Red List, with small-scale ongoing drainage and reclamation of marginal farmland and bog habitats likely to be a key factor in their continued decline. 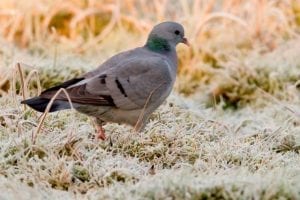 Two of our most iconic seabirds, namely Puffin and Kittiwake, are globally threatened and have declined significantly in Ireland, resulting in their Red-listed status. With declining populations across their range, there are even fears that these two species may become extinct within the next 100 years. The reasons for this are complex, but climate change is a significant factor, with warming seas impacting upon the marine food web and overfishing also playing a part.

When grouped by habitat preferences, wading birds are giving the greatest cause for concern. The plight of our breeding Curlews is well documented and, with only 150 pairs remaining, their fate is uncertain, despite concerted conservation efforts. Lapwing and Snipe, once so familiar and widespread across Ireland, have also suffered great declines. 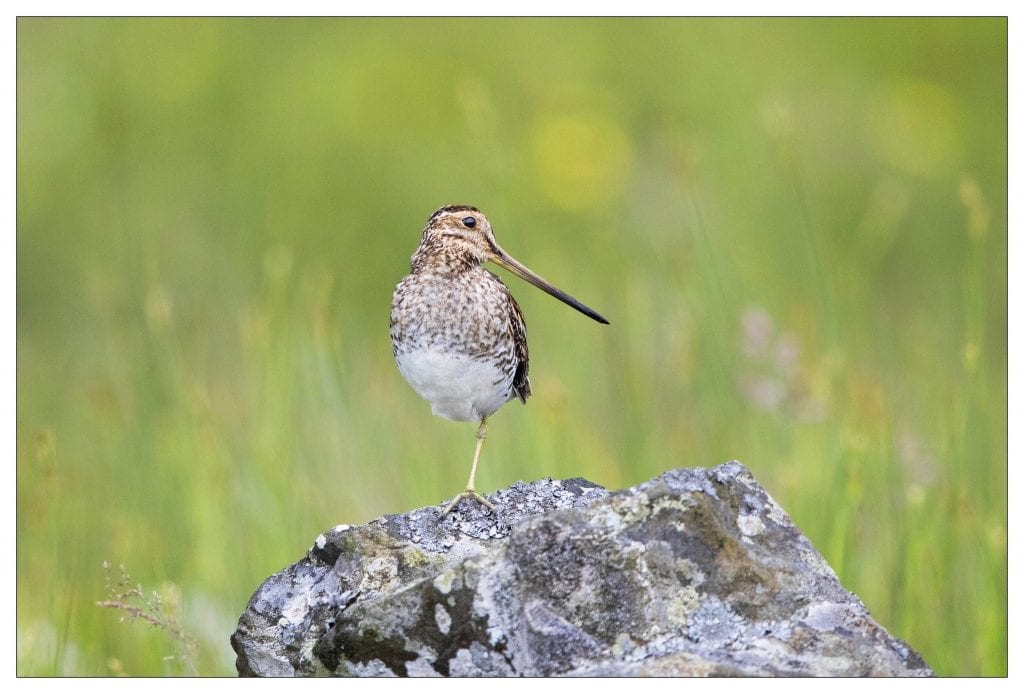 The Kestrel, once the most common and well-known bird of prey in our countryside due to its characteristic and conspicuous hovering flight, also now finds itself on the Red List. Changes in land use and in farming practices have affected their prey, and illegal shooting and poisoning, as well as secondary poisoning via the use of rodenticides to control rats and mice, have all taken their toll.

Co-author of the paper, Lesley Lewis of BirdWatch Ireland, said: “Sadly the results of this review only go to further show how great the biodiversity crisis is. We really are at a tipping point for our birds and we need to realise that, and to act now. We need a combined multilateral approach from all sectors including agriculture, forestry and fisheries, with a strong lead from government. We know from many small locally-led projects that habitat protection, restoration and creation can make huge differences, so there is hope that the current trends can be reversed; if not, what will the next assessment in five years show?” 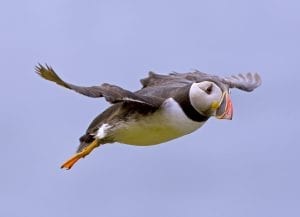 Gillian Gilbert, RSPB NI Principal Conservation Scientist, said: “It is extremely alarming to see a quarter of bird species on the island of Ireland now on the Red List. It’s sad to see Swifts and Kestrels, among other species, facing such declines, while anyone who has visited the Rathlin West Light Seabird centre will know and love the Puffins, Kittiwakes and Razorbills on the stacks and should rightly be concerned that they are in decline. Because these seabirds are doing poorly across Europe and indeed across the world, this makes the birds we have across the island of Ireland crucially important, and we need to do everything we can to protect them.”

Upland birds are also in serious trouble. The Ring Ouzel, a close relative of the Blackbird, is now only known from a handful of sites. It is a similar story for the Twite, a small finch now confined to the coastal bogs of Donegal and Mayo. Even the once-widespread Meadow Pipit is now Red-listed. 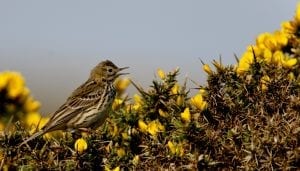 It doesn’t have to be this way. The ten-year period from now until 2030 has been designated by the UN as the Decade of Action on our climate and biodiversity crises. Government-resourced habitat restoration and species recovery plans must be front and centre to plans to address the biodiversity crisis. Much more needs to be done at a national level to halt and reverse Ireland’s dramatic wild bird declines. Financially rewarding High Nature Value farming through landscape-scale, results-based schemes is critical to support threatened species, as well as discouraging afforestation and intensification of agriculture in important habitats for birds.

Ireland doing its fair share to cut greenhouse gas emissions by 2030 is also essential, as is ensuring that the deployment of renewable energy absolutely minimises impacts to seabirds. Establishment of marine protected areas is long overdue, as is ending overfishing which is impacting marine ecosystems. A national breeding wader taskforce to address the impacts to this group is also urgently required.

Despite all the bad news, there are some positives, with 64 species remaining on the Green List and the status of both the Robin and the Mistle Thrush improving. In addition, the Great Spotted Woodpecker, which first colonised Ireland about 15 years ago, has expanded its range. 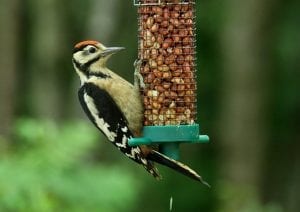