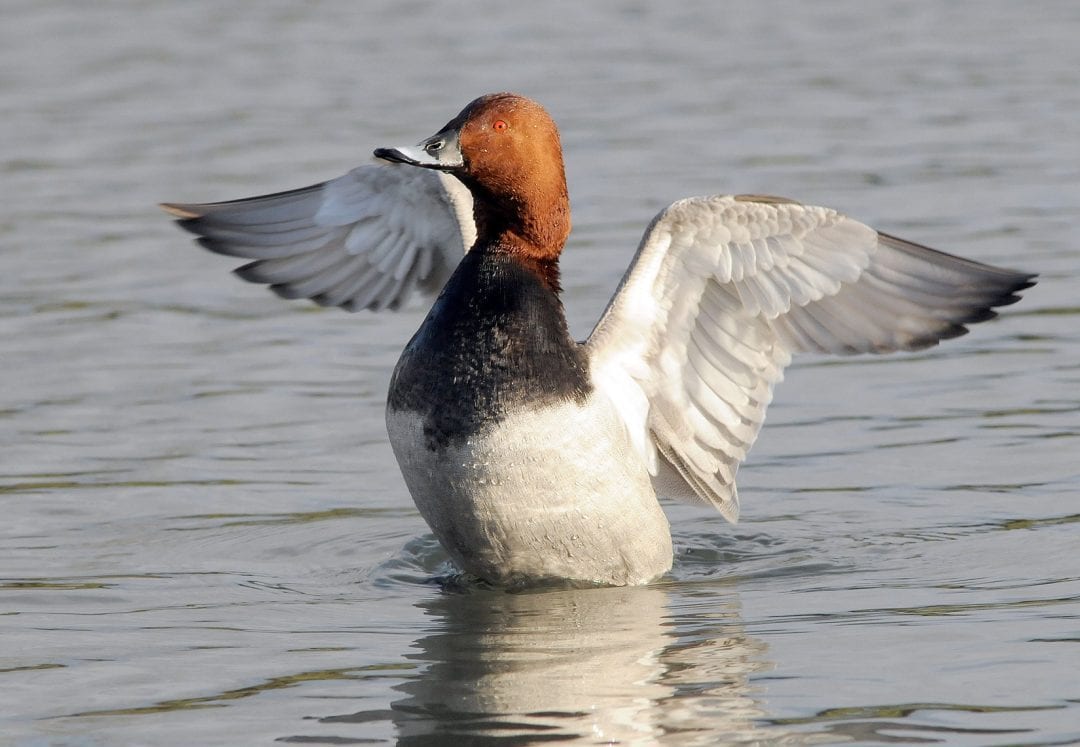 The fortunes of Ireland’s wintering waterbird species have been published for 97 lakes, rivers and coastal estuaries across Ireland. You can now see how different species of ducks, waders and other waterbirds are faring at your local wetland, and how that compares to the national trend.

Every winter, hundreds of dedicated bird surveyors count the waterbirds in their locality as part of the Irish Wetland Bird Survey (I-WeBS). The survey,which has been running since 1994, is funded by the National Parks and Wildlife Service (NPWS) and coordinated by BirdWatch Ireland. The winter months see hundreds of thousands of swans, geese, ducks, waders and other waterbirds come to Ireland to escape the freezing conditions in their Arctic breeding grounds. As a result, Irish wetlands are of international importance for a number of species. 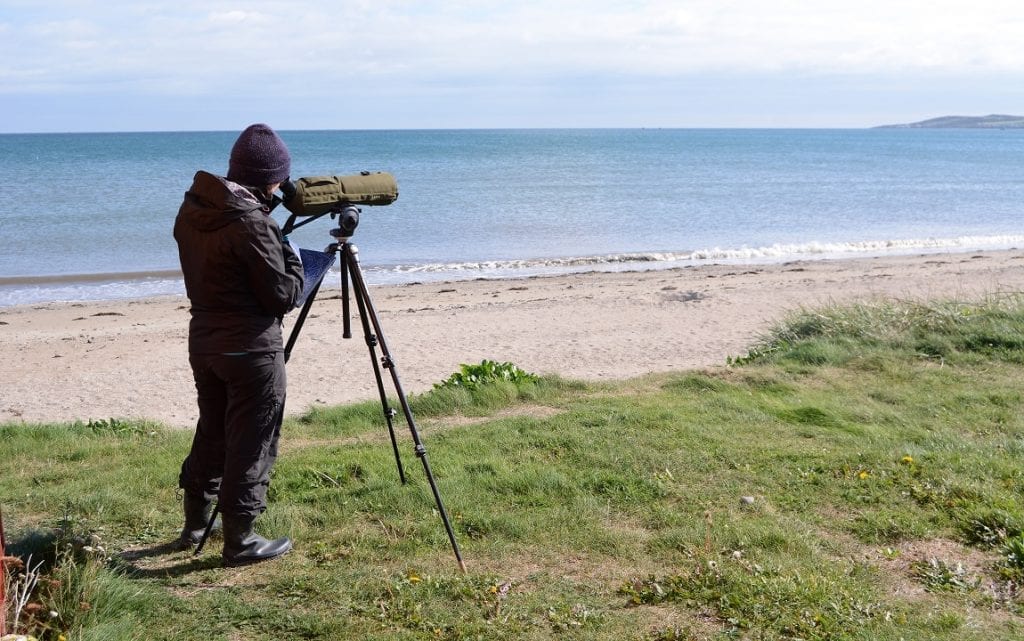 Over a thousand birdwatchers have contributed to I-WeBS since it began in winter 1994/95.

This study focused on 36 wintering waterbird species at 97 of the most closely-monitored wetland sites, spanning 15 counties across Ireland. The extent of increase or decrease for each species at each site was determined. Updated national trends were also produced. While national trends are produced at regular intervals, this is the first time that species trends for individual wetland sites have been published in this way. This information can now be used to better target conservation actions in particular counties and at specific locations and help ensure potential new developments don’t worsen the situation for wildlife in these vitally important areas.

The full results of this ‘Waterbird Site Trends’ analysis can be viewed here, including links to view species trends at individual sites.

The new national trends for our wintering waterbirds can be viewed here.

The greatest declines were seen in diving duck species, namely Goldeneye, Pochard and Scaup, which dropped by 65-90% on average since the mid-1990’s, across the 97 sites analysed. Climate change and warming winter temperatures are undoubtedly one of the drivers of these declines, allowing these birds to spend the winter closer to their breeding grounds in northern Europe. At a more local level in Ireland, loss of habitat, changes to water quality, increased disturbance on lakes and in estuaries, and poorly situated developments all worsen the situation, meaning fewer and fewer of these birds return to us each year.

Wading birds of the Plover family have also undergone huge declines of over 50%. Lapwing, traditionally referred to as the ‘Green Plover’ or Pilibín and often considered Ireland’s national bird, declined by 64% since the mid-1990’s. Their close relative the Golden Plover, which feeds on grasslands in every county in Ireland in the winter, have declined by a similar amount, as have their rarer coastal relative the Grey Plover.

Ireland’s breeding Curlew population is well known to be teetering on the edge of extinction, with only around 100 pairs nesting here in recent summers. Our wintering population is much larger though, as Curlew from northern Europe migrate to Ireland from late summer to early spring, but these birds face similar threats throughout their range. Our wintering Curlew have declined by 43% since the mid-1990’s. 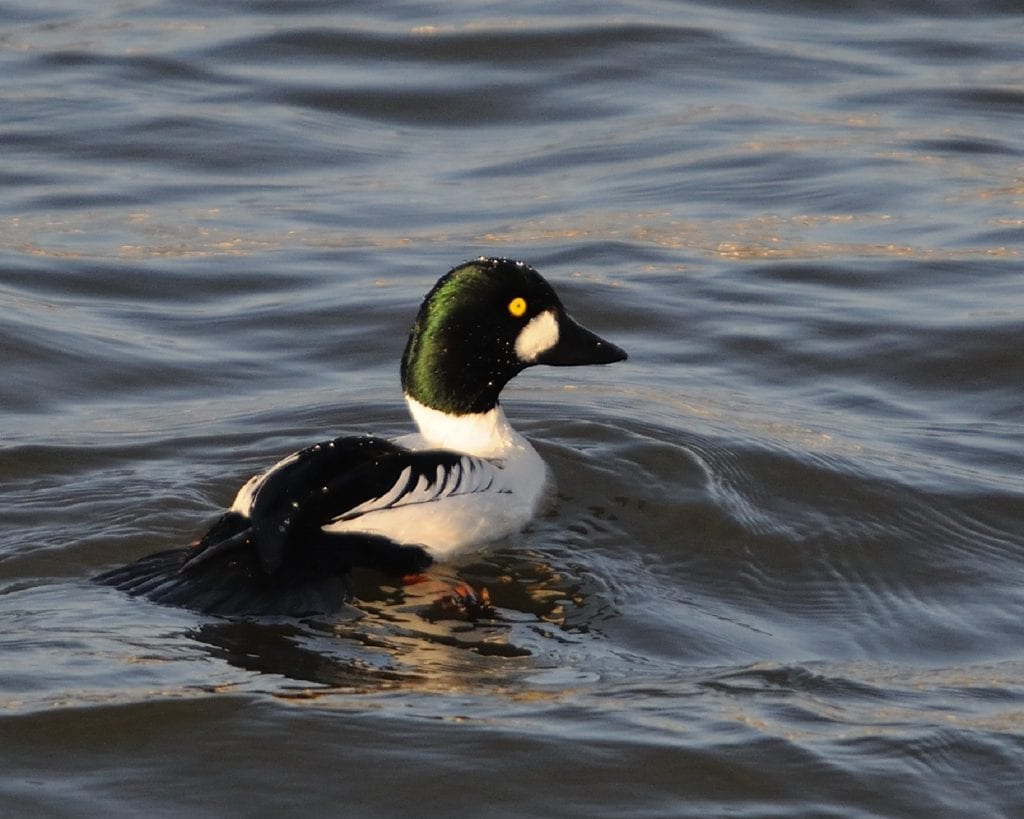 Goldeneye – a diving duck species that has undergone large declines in Ireland.

“We regularly do this sort of analysis at national level, providing a ‘health check’ to see how Ireland’s wintering waterbirds are doing”, said John Kennedy of BirdWatch Ireland, who led this research “but now we’re delving a bit deeper to see precisely where the problems are. Some species will be showing the same upward or downward trend wherever you look, but there are some wetlands where we see faster declines than we’d expect. That might be because of particular problems at key sites – loss of habitats, changes to water quality, increased disturbance from recreational activities, and similar issues. Equally, there are likely to be places where a species is bucking the national trend and doing very well, and there will be practical lessons to be learned there too.” 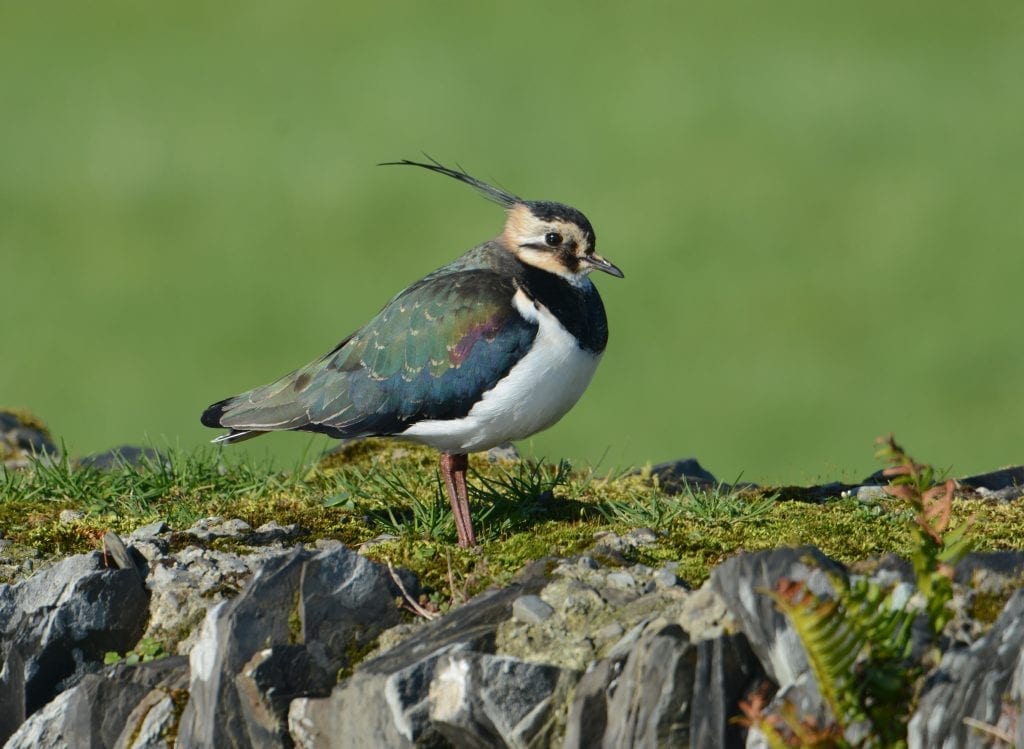 Lapwing is considered by many to be Ireland’s national bird, but their declines are cause for concern.

Black-tailed Godwit, a member of the same family as the Curlew that breeds in Iceland, has increased by 92% since annual monitoring began in 1994. Species such as Mute Swan, Little Grebe and Grey Heron, which breed on Irish lakes and rivers are all stable or increasing in number. One of Ireland’s most recent arrivals, the Little Egret, has shown a steady and significant increase since it arrived into Ireland 20 years ago and is now widespread across the entire country.

Species with a mixed report card include the Light-bellied Brent Goose, which has increased overall but is now showing a recent decline. Numbers of Sanderling, which the Pixar short movie ‘Piper’ was based on, are 85% higher than they were when monitoring began, but have decreased by 24% in the last five years. Recent declines of this magnitude are cause for concern and there is a risk that longer term increases for some species could be quickly undone in a few short years. 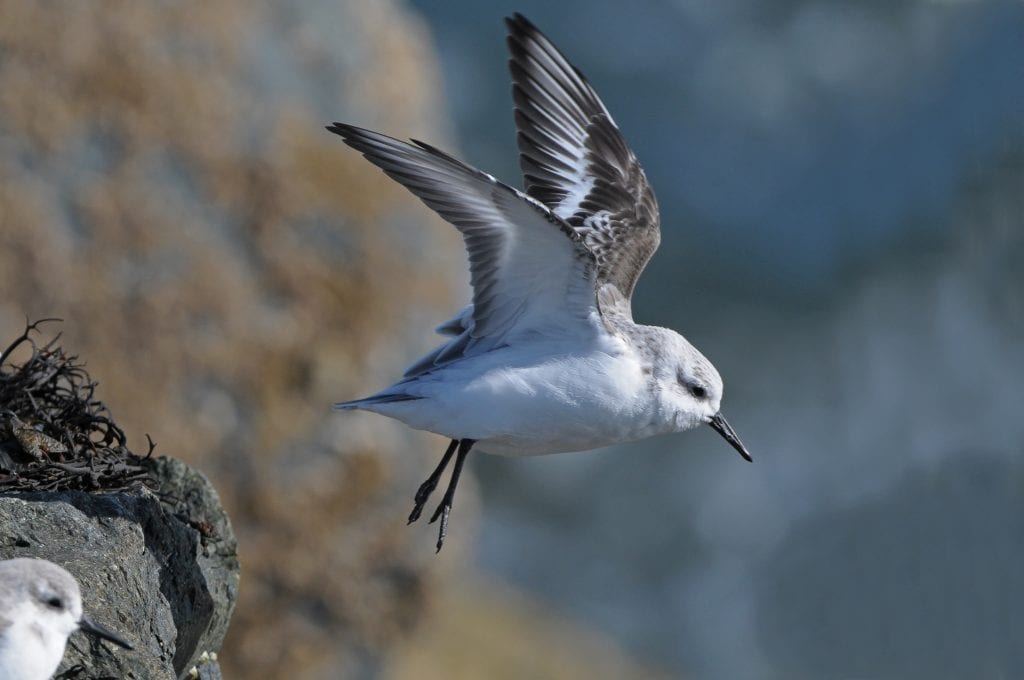 “Ireland’s waterbirds are indicators of the health of the wetland environment they use. These are sites that we depend on too – for drinking water, flood relief, agriculture, tourism, aquaculture and industry. As is always the case with this sort of research, it has answered some questions but poses many more, and we’ll be scrutinising these results in the months and years to come to decipher some patterns of change that might not be so immediately obvious.” Said John Kennedy.

Scientific Officer Brian Burke said “We would encourage everyone to visit the website and take a look at how the birds are faring at their local site, and other sites in their county. When you see the numbers side-by-side with the national trend figures, you might be surprised to see how a species is faring closer to home. Of course, the next step is to ensure that these data are used by communities, local authorities and politicians, to protect our precious wetlands and all of the ecosystem benefits they’ve brought us for generations. Since the survey began in 1994, over 1,100 counters from across the country have given up their time to provide this data, amounting to more than 81,000 winter site visits. None of this would be possible without their dedication!” 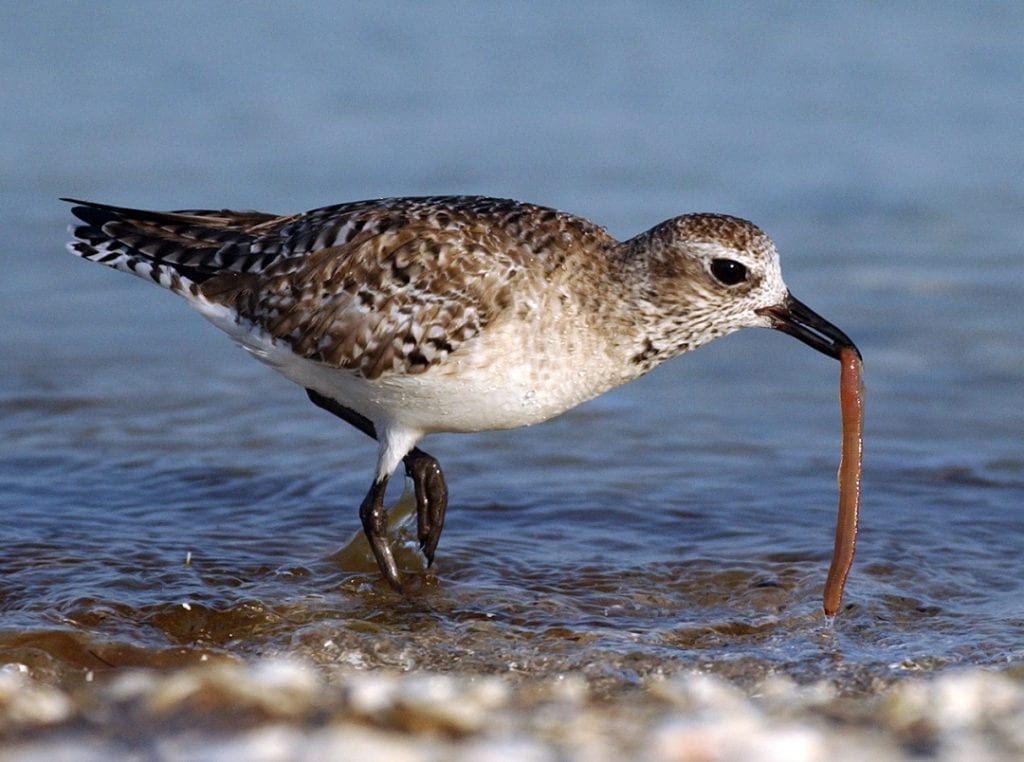 The results are also important in a planning context. I-WeBS Project Manager Lesley Lewis explains “An Appropriate Assessment (AA) is an assessment of the potential adverse effects of a plan or project (in combination with other plans or projects) on Special Areas of Conservation and Special Protection Areas, the latter often designated for migratory wintering waterbirds. These new site trends will therefore allow those completing AA to assess the current status of the waterbird species at the relevant sites. This is an important improvement to the process that will have implications for future developments across the country.”

Dr Seán Kelly, waterbird ecologist at the NPWS who manages the I-WeBS contract added: “The Irish Wetland Bird Survey is an incredibly successful and valuable bird monitoring programme. The success of the programme is down to the hundreds of citizen scientists and NPWS and BirdWatch Ireland staff across Ireland who take part in the survey. The size, strength and extent of this bird monitoring community is simply fantastic, and I would like to thank every individual for their ongoing efforts.

The survey has been running since 1994 so the resulting long-term dataset allows us to robustly monitor environmental change as it manifests in and impacts upon bird populations. I really encourage everyone to take a look at the report and consider the findings, at a local and national level. The data gathered under this survey allows us to further understand how and where conservation management and policies can be improved.”

The new national trends for our wintering waterbirds can be viewed here.

The full results of this ‘Waterbird Site Trends’ analysis can be viewed here, including links to view species trends at individual sites.

Full details about the Irish Wetland Bird Survey can be found here.