BirdWatch Ireland, with funding from the Heritage Council and the Department of Agriculture, Fisheries and Marine (DAFM), is developing a set of hotspot maps to indicate the presence of farmland birds in Ireland.  For Heritage Week we are delighted to provide an interim update on this work.  At the time of writing, twenty-five species of birds that depend on farmland habitat have been selected for inclusion in this project. These include ground-nesting birds such as the Redshank, Golden Plover, Lapwing and Curlew, smaller birds of the countryside such as the Yellowhammer, Tree Sparrow and Twite, and birds of prey such as the Barn Owl, Kestrel, and Hen Harrier.

Pictured below are a number of these key species which were used to define biodiversity hotspots. 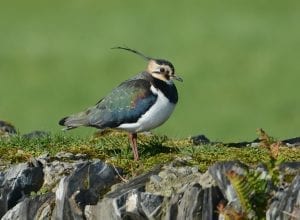 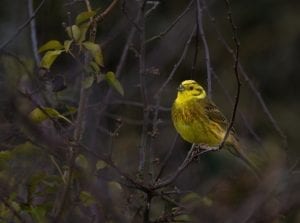 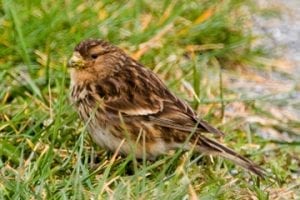 Many records from a wide range of validated datasets have been acquired and processed to date, and a scoring system established which takes into accounty factors such as • the species observed and its conservation status
• the season of the record (e.g. breeding season or winter season)
• the typical range of that species for that season
• any level of breeding evidence recorded
• the age of the record (more recent records score higher)

We are continuing to develop  the  maps and by October 2021, the completion date for the current work,  will have developed  a valuable tool in helping develop policies for protecting birds and biodiversity in Ireland.

The 15% of 10km grid squares with the highest scores (to date) are highlighted, as the key hotspots for Farmland Birds in Ireland.

Please note that this project is still under development. The datasets, data processing, scoring algorithm, scoring parameters and visualizations are all subject to refinement. 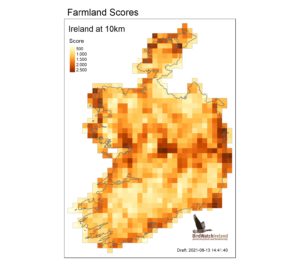 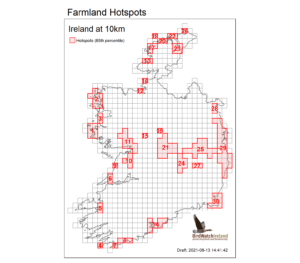 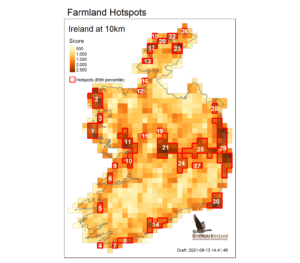 This project is supported by the Heritage Council under the Community Heritage Grant Scheme 2021. This project has also received complementary funding from the Department of Agriculture, Food and the Marine. 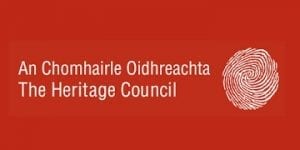 The following agencies/organizations provided datasets for the purposes of this project.