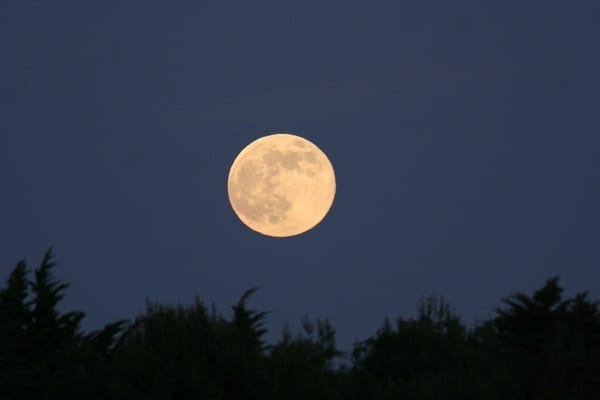 Hot on the heels of the many Geese and Swans that have been returning to Ireland over the last month or two, some smaller migrant species have been arriving under the cover of darkness!
If you stand outside at night, usually after 10pm and from around mid-October onwards, you might hear a ‘seep’ ‘seep’ call overhead. The call is gentle and sporadic – sometimes you’ll hear a few in succession, followed by brief or extended returns to silence. The sound feels both distant close by at the same time and try as you might you won’t be able to see the culprit! 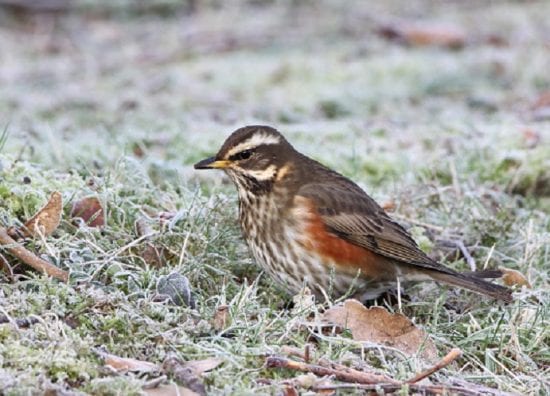 The principle of winter migration in this part of the world is a simple one – birds move from colder areas to warmer areas, where they can be guaranteed food and favourable conditions to see them through the non-breeding period, until they can return to their breeding grounds to reproduce the following summer. That’s the reason Swallows and Swifts leave Ireland for Africa in the winter, and the reason that ducks and waders come from Scandinavia to spend the winter months on Irish wetlands. Some species have adapted to survive and thrive in our climate throughout the year, but others come and go as best suits their needs and abilities, and it means that the Irish avifauna changes considerably at different times of the year. The Redwing is a member of the thrush family that breeds in woodland in norther parts of Scandinavia and Iceland but given how cold and snow-covered these areas get in winter they must move to more temperate regions (including Ireland) to ensure they survive the winter. 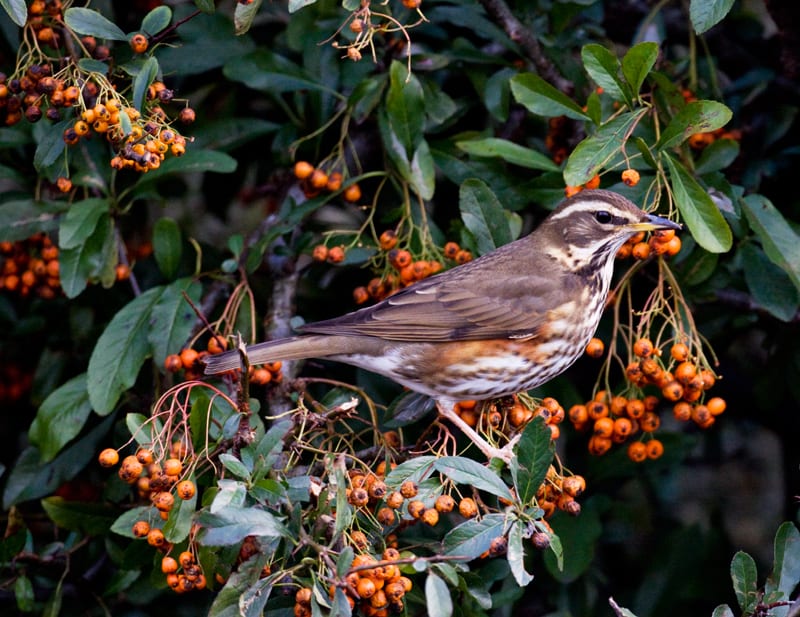 Redwings migrate at night, travelling in loose flocks and making a short and soft ‘seep’ contact call to each other as they fly. The first birds in Ireland this winter were reported from Tory Island in Donegal, with 5 birds reported on the 30th of September (via Irishbirding.com) and flocks of various sizes making landfall the following week. They’ve since been recorded across much of the country and more will arrive on suitable nights well into November. Most of the Redwing that come to Ireland are thought to be from the Icelandic and Faroes population, though we get birds from the population in Fennoscandia too.

Noticeable arrival of Redwings and other thrush species over the weekend. For Redwing there is an obvious spike in the reporting rate on @BirdTrack. pic.twitter.com/PjcGeDJy5G

Redwings were recorded across 96% of the island of Ireland during the 2007-11 Bird Atlas – more than either Song Thrush or Mistle Thrush – and yet many people are still unfamiliar with them. As numbers build, Redwing will become very obvious around the countryside. They tend to travel and feed in flocks. They’ll eat berries and fruit in hedges and orchards when they first arrive in the autumn and move to feeding on worms and invertebrates in wet grassland fields as the winter goes on. They’re roughly the size of a Song Thrush but have very obvious creamy markings above and below the eye, with the red patches on the flanks making them unmistakeable as anything else. Their warm colours and distinct markings understandably make them a favourite of many birdwatchers!

Word of the Day: “siocán” – lit. “frost-bird”; Irish name for the redwing, a glow-flanked thrush arriving now from Scandinavia to winter on berries. Redwings often move at night, dipping in flocks across fields, singing to keep contact. Seen them yet?
(Engraving; HL Meyer 1842) pic.twitter.com/tt0RCSTHv9

Redwing are the smallest species of thrush that we have in Ireland and they’re often joined on migration and in feeding flocks by other thrushes. The most notable one is the Fieldfare – another thrush species that only occurs here in winter. Our wintering Fieldfares come from Fennoscandia, but in smaller numbers than Redwings. They have a distinctive blue/grey head, pale flanks and are slightly taller and bulkier than the Redwing. The first Fieldfare of the winter was also recorded on Tory Island in Donegal, two weeks after the first Redwing (13th October 2019, via Irishbirding.com). Since then they’ve touched down in counties as far south as Wicklow, Kilkenny, Waterford and Cork. It should be noted too that our resident Thrush populations also get ‘topped up’ in the winter, with thousands of Blackbirds, Song Thrushes and Mistle Thrushes from Britain, Fennoscandia and mainland Europe either spending the winter here or at least passing through on their way further south. 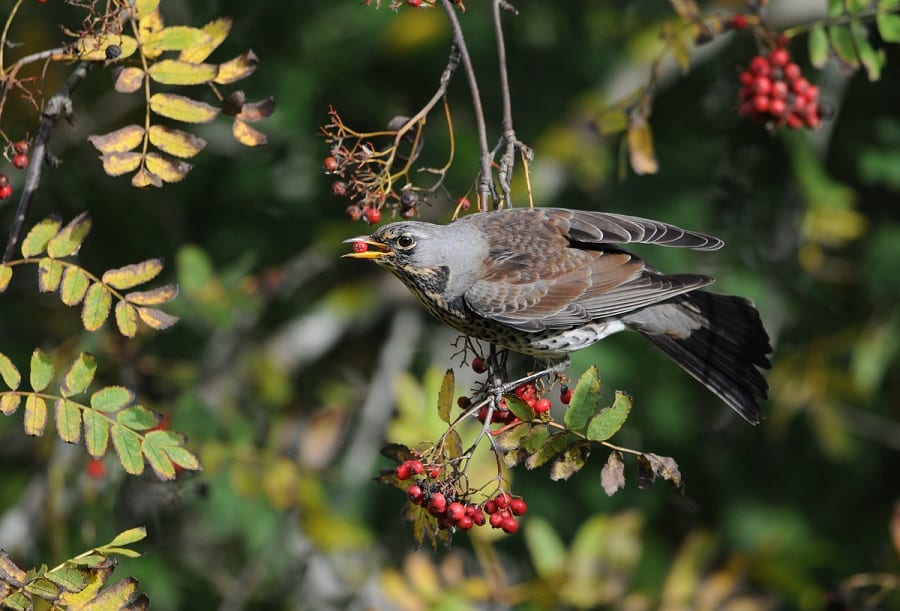 So the marvel of migration continues, and the Irish bird community continues to change with the seasons. Make sure to listen out on a calm cloudy or drizzly autumn night to hear the Redwings passing overhead and try and get a chance to appreciate the striking appearance of both Redwing and Fieldfare on a wet grassland field near you this winter. Some of you might even be lucky enough to get them in your garden during this winters Irish Garden Bird Survey!

Don’t forget the Irish Garden Bird Survey will return this December – details will be published in the next issue of Wings, and keep an eye on our social media and website next month for further details.