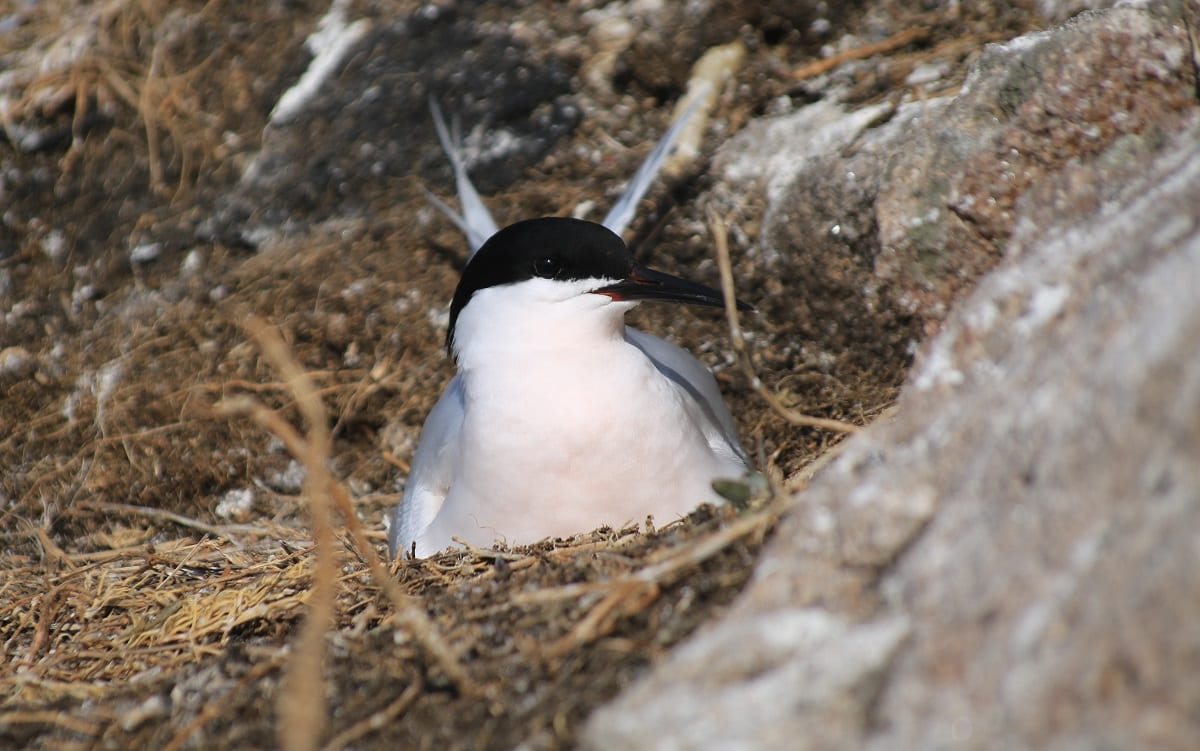 That’s the big question every year on Rockabill. “How many nests did you find this season?” Knowing how many breeding pairs we have on Rockabill, and how that compares to other colonies and to previous years,  is a very important question to answer.

A few weeks ago, the wardens were joined by BirdWatch Ireland’s Senior Seabird Conservation Officer Dr. Steven Newton to start this season’s big nest census. While the wardens have been keeping count of all of the nests in their study areas in specific plots around the island, that still leaves thousands more nests around the rest of the island left to be counted. We had a big job ahead of us! 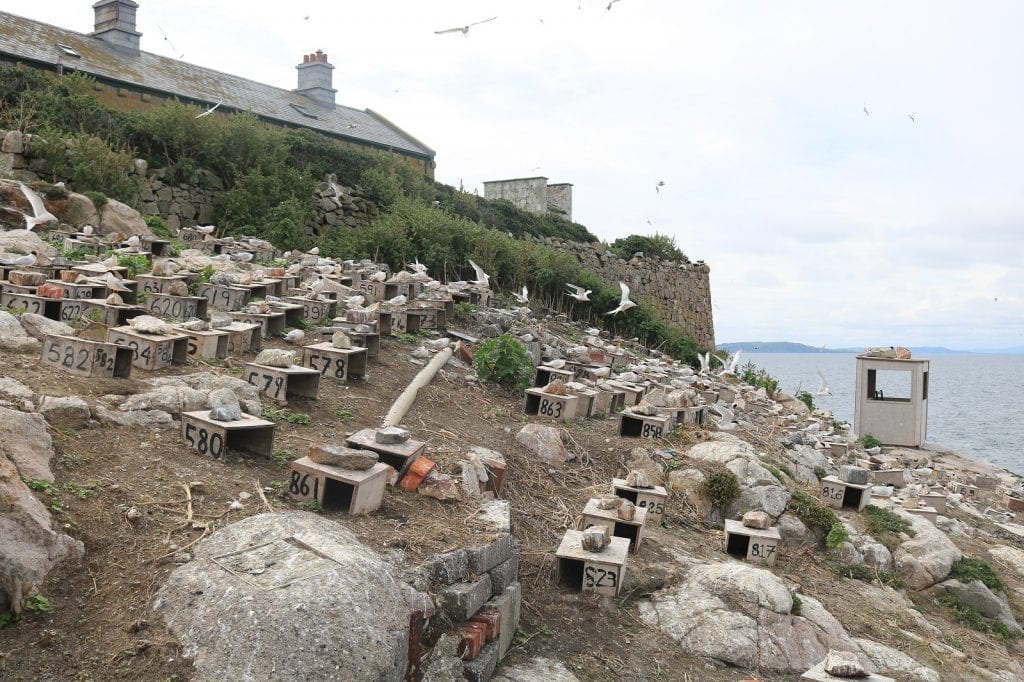 The nest census is always a busy couple of days, tackling one part of the island at a time in a methodical way. Every Roseate Ten nestbox was checked for eggs and all open Roseate Tern nests (ie. nests outside of boxes) and Common Tern nests were marked with a coloured peg with a numbered code for each. 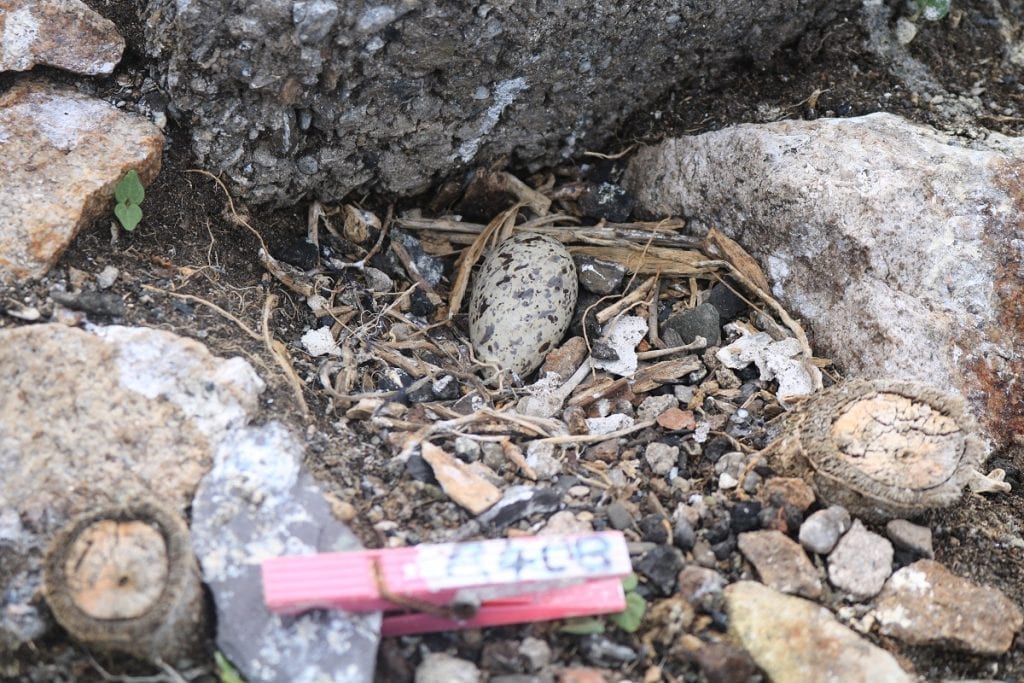 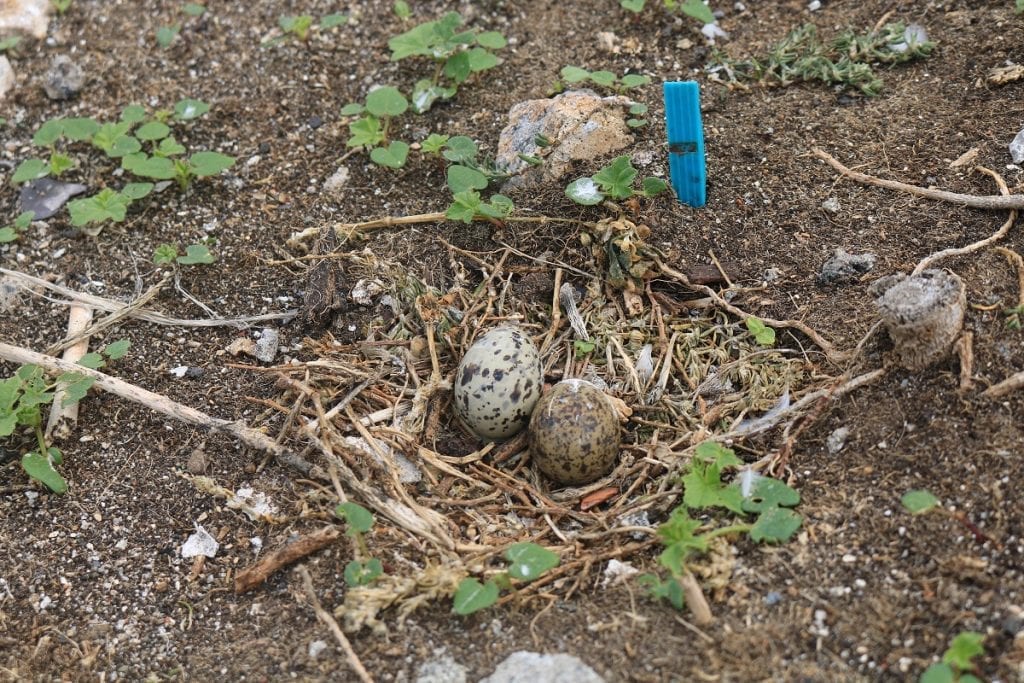 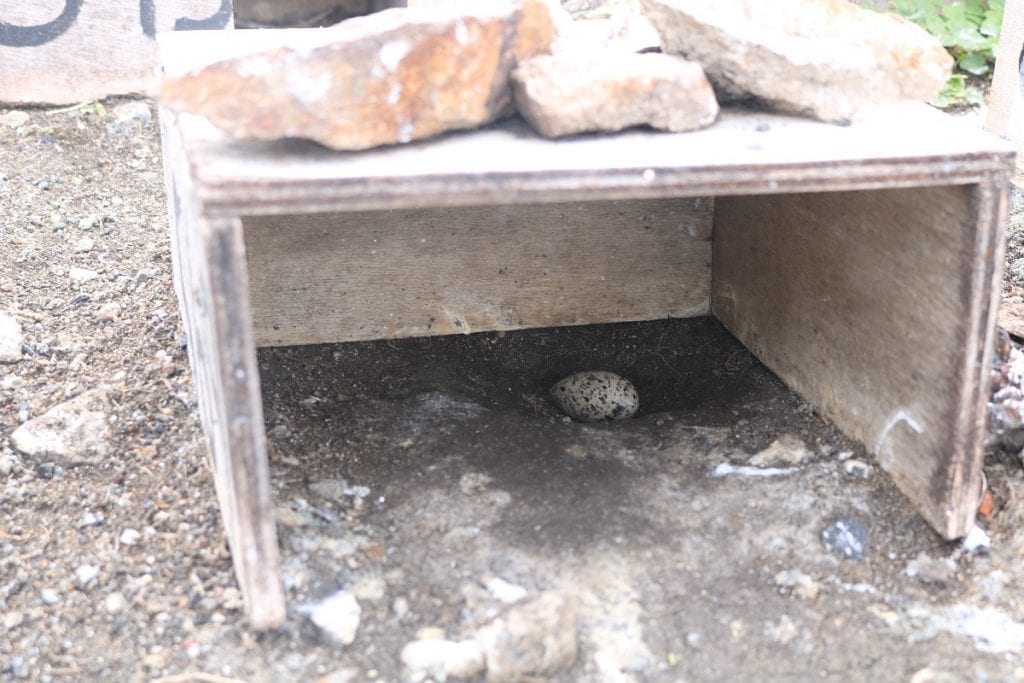 A Roseate Tern egg in one of the hundreds of nestboxes on Rockabill Island (E. Tiernan, photo taken under NPWS license)

This season had 1,624 breeding pairs of Roseate Terns. This is a good increase of 60 pairs from last year  and is the second highest on record for Rockabill, beaten only by 2018 which had 1642 pairs. 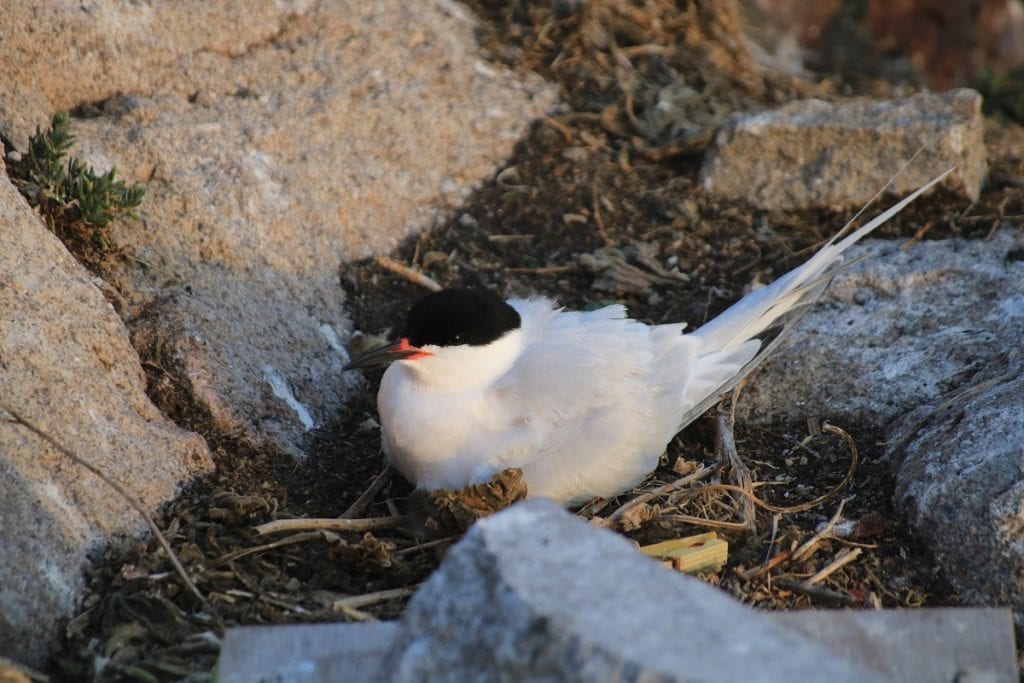 While this is wonderful news for our Roseate Tern population, the Common Terns are not doing as well. This season we found 1,753 pairs of Common Terns, down 80 from 2019 (1,833 pairs) and down 285 from 2018 (2,038 pairs). There could be several reasons for this decline in Common Tern numbers, including some poor breeding seasons in the last 5 or 6 years as well as ‘density-dependent’ factors. This means, simply, that having higher densities of the same birds in a single location can cause different problems, including pressure on birds because of competition for food, with parents having to travel further to feed themselves and their chicks as a result. There’s extra competition for nesting space too, so some younger Common Terns might decide to nest at other colonies rather than come back to the jam-packed Rockabill colony. Hopefully that will benefit nearby colonies such as Dalkey Island and Dublin Port, as well colonies further afield in Wexford, Northern Ireland and even Wales. Ultimately, the more strong Tern colonies we have in the Irish Sea and further afield the better, so a decline at one colony should be looked at in the context of what’s going on in the wider environment. This ethos is at the heart of the recent EU Roseate Tern LIFE project – to create and restore a network of Roseate Tern colonies in Ireland and the UK. 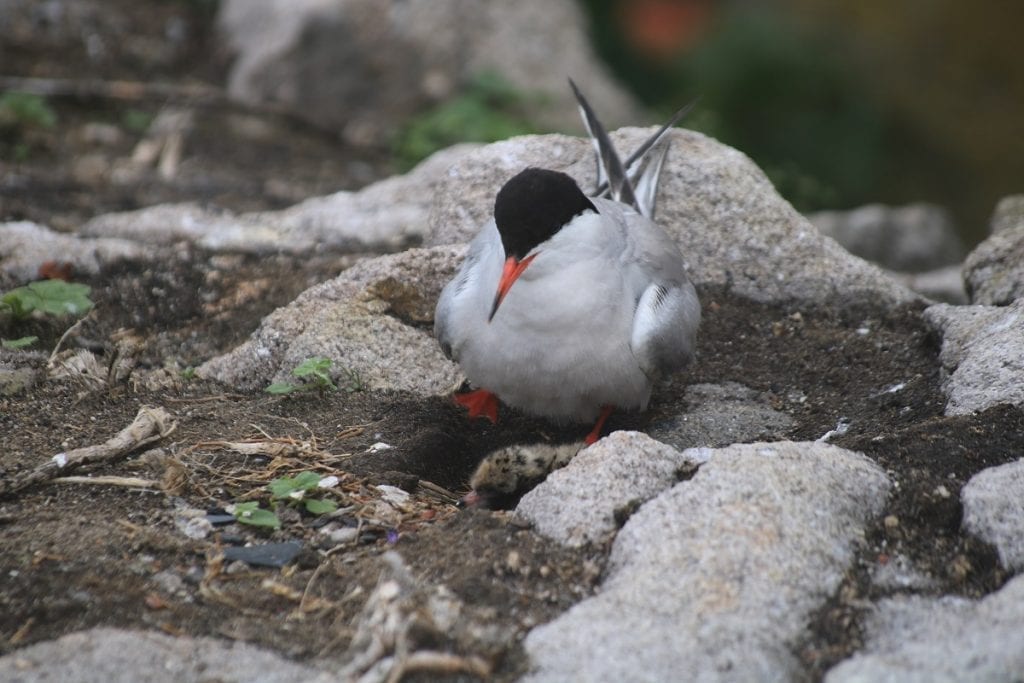 In addition we recorded 41 pairs of Arctic Terns, but as in previous seasons they’re sttruggling to successfully raise chicks, largely due to predation. We haven’t yet noticed an influx of Arctic Terns from the recently-abandoned Welsh colony, but we’re keeping our eyes peeled! 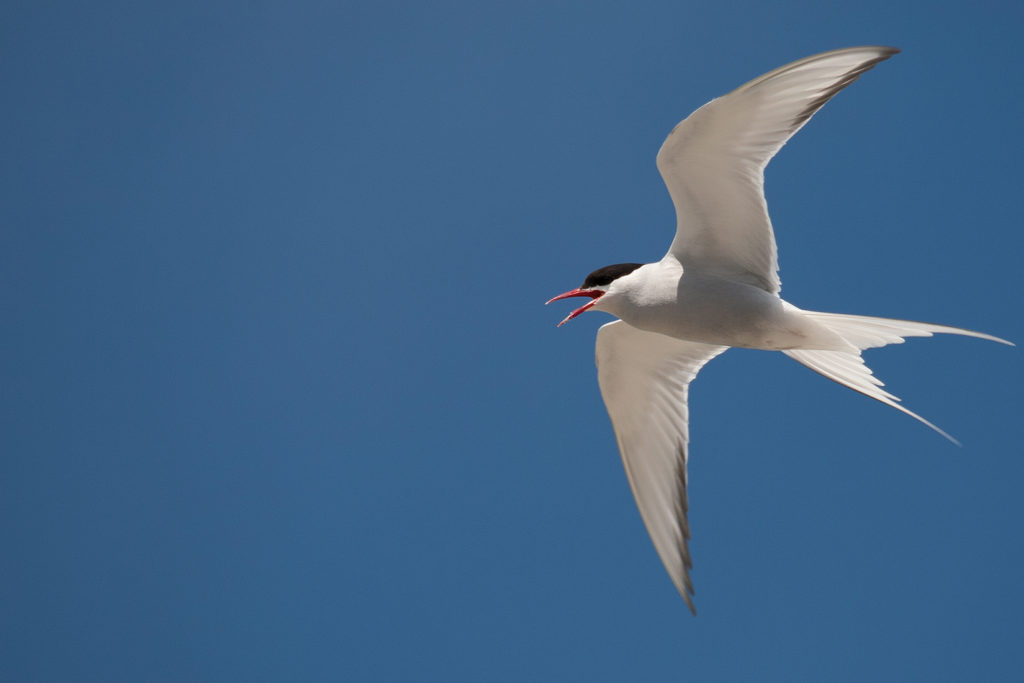 It’s not just the Tern nests we’re counting during the nest census. We also recorded a total of 173 pairs of Kittiwakes and 62 pairs of Black Guillemot. Those Kittiwake numbers are pretty good, though only around 72 of those have successfully produced chicks so far. The Black Guillemot count is a bit lower than we’d have hoped, and their numbers have fluctuated between 50 and 100 pairs for several years now, with winter weather one of the big factors influencing their survival. 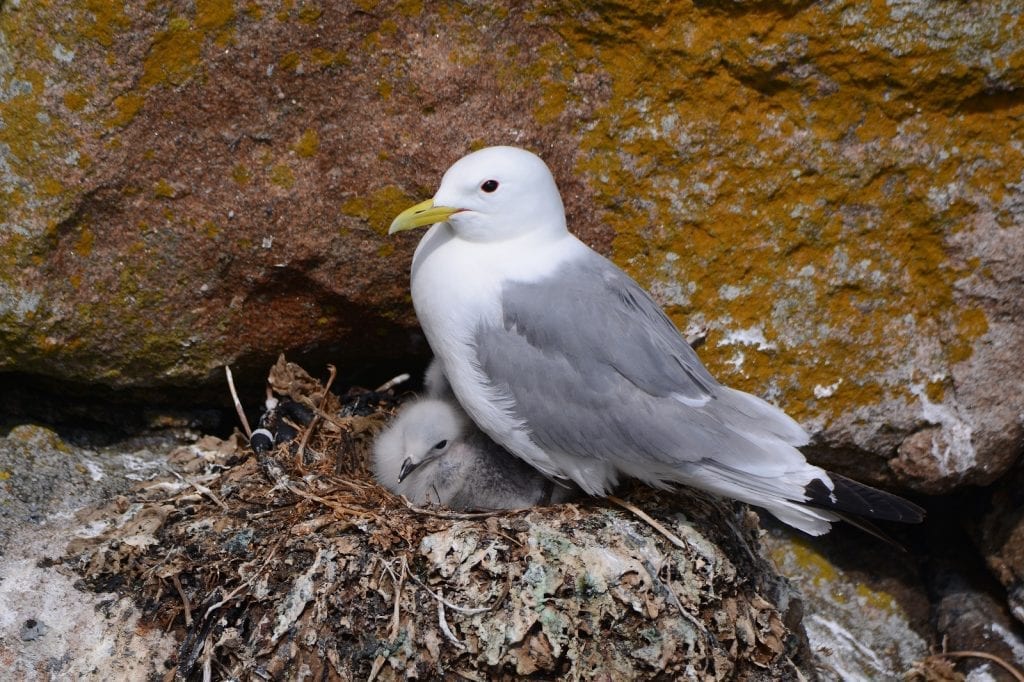 Kittiwake and chicks, nesting on Rockabill (B. Burke, photo taken under NPWS license)

And finally… We have been nominated for a Natura2000 Award!  You can vote for us via the link below. Look for the title “Cooperation across seas: Roseate Tern colony networking.”

That’s all from us on the Rock for now but there is a lot more still to come!

Emma and the Rockabill team