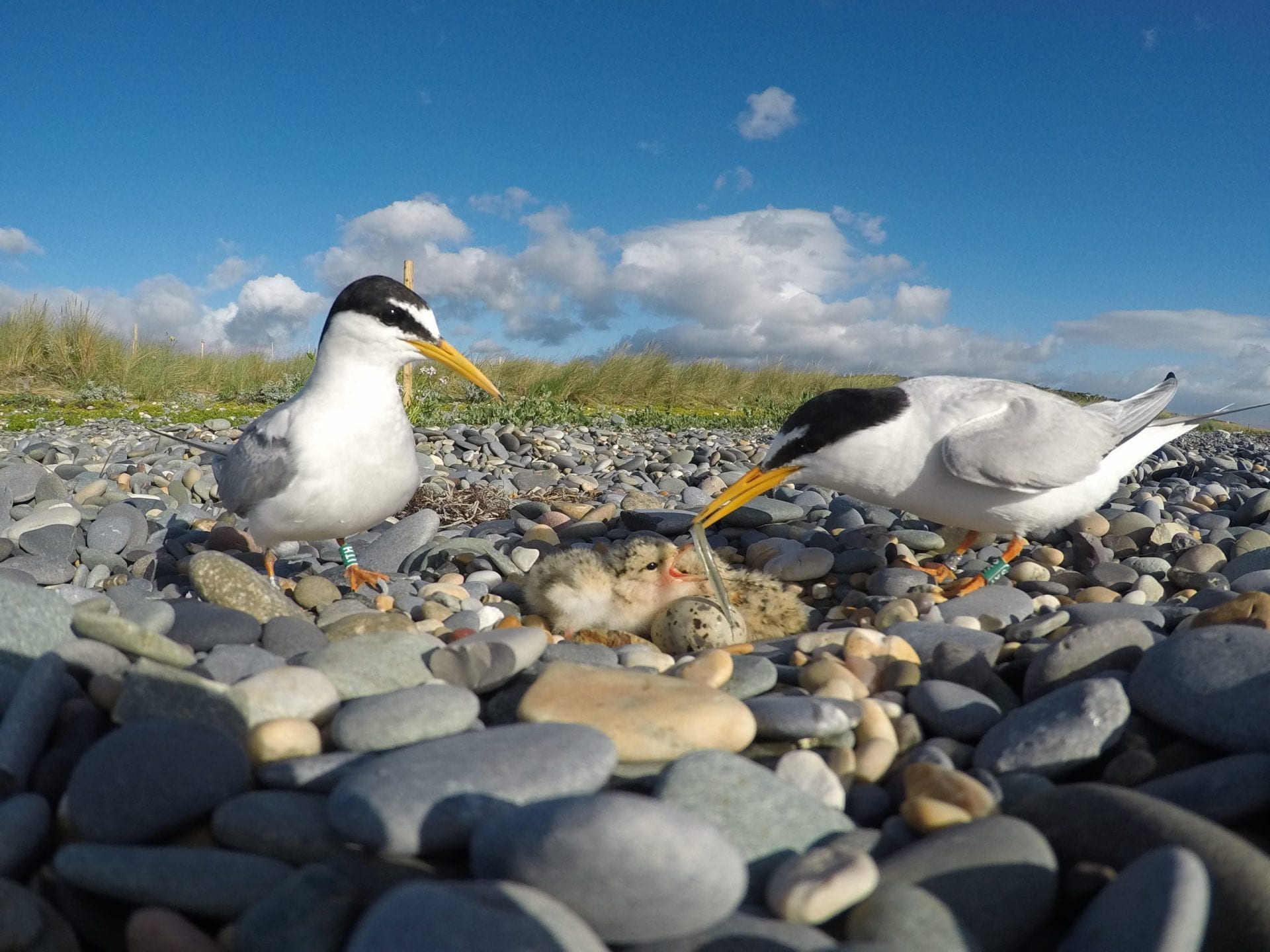 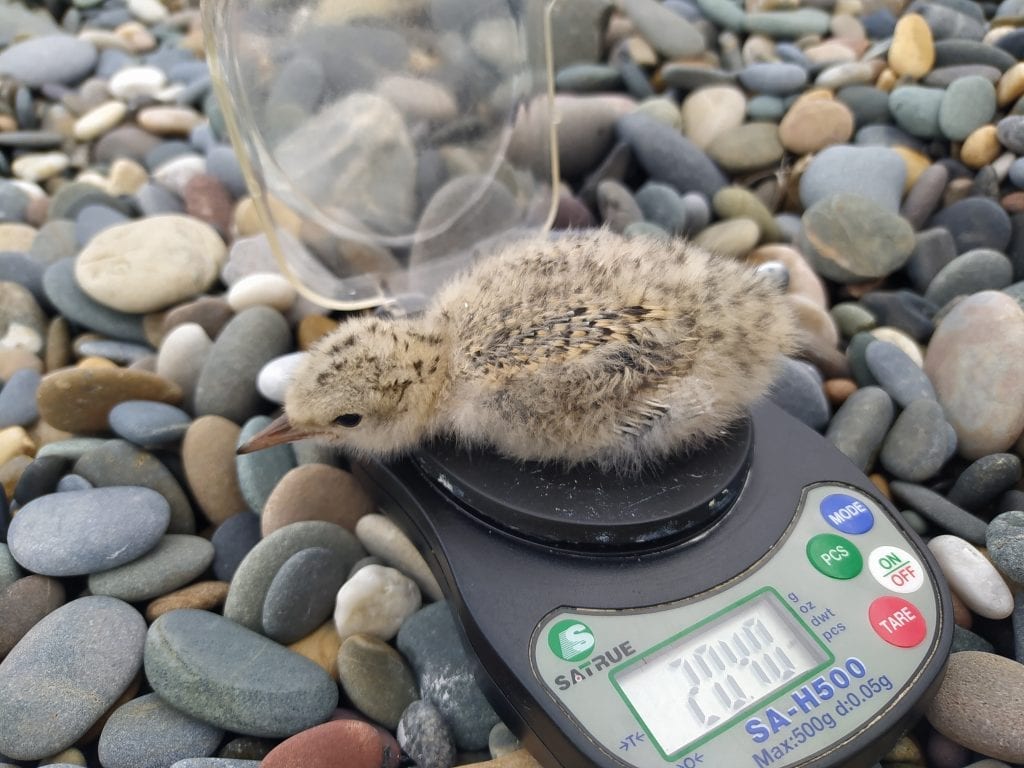 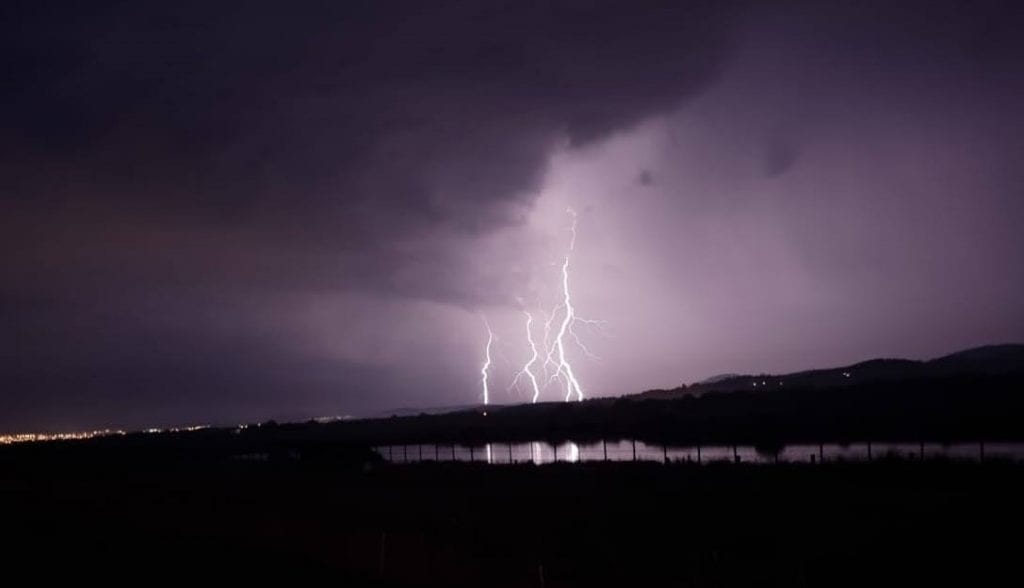 Although the colony has been doing well overall with over 300 chicks ringed and alive, it has not been entirely unscathed, with 29 chicks dying as a result of the bad weather during the month of June. Luckily the thunderstorm passed overhead without causing any damage, or toasting any wardens!

This season has also seen a new study undertaken at the colony. We have had the pleasure of working with Eilis Hogan, who is currently finishing her masters in Environmental Leadership at NUIG. Eilis was using GoPro cameras to read colour-rings on our nesting Little Terns, allowing us to know how old they are, where they came from originally, and in some cases find out if they’re birds that previously nested at other colonies. Eilis has found birds nesting in the colony which have originated from Kilcoole, Baltray (Co. Louth) and even some from Wales. As well as reading rings, Eilis was able to study feeding during the incubation and chick-rearing stages. Understanding better the feeding ecology of our Little Terns will be crucial to their continued conservation. 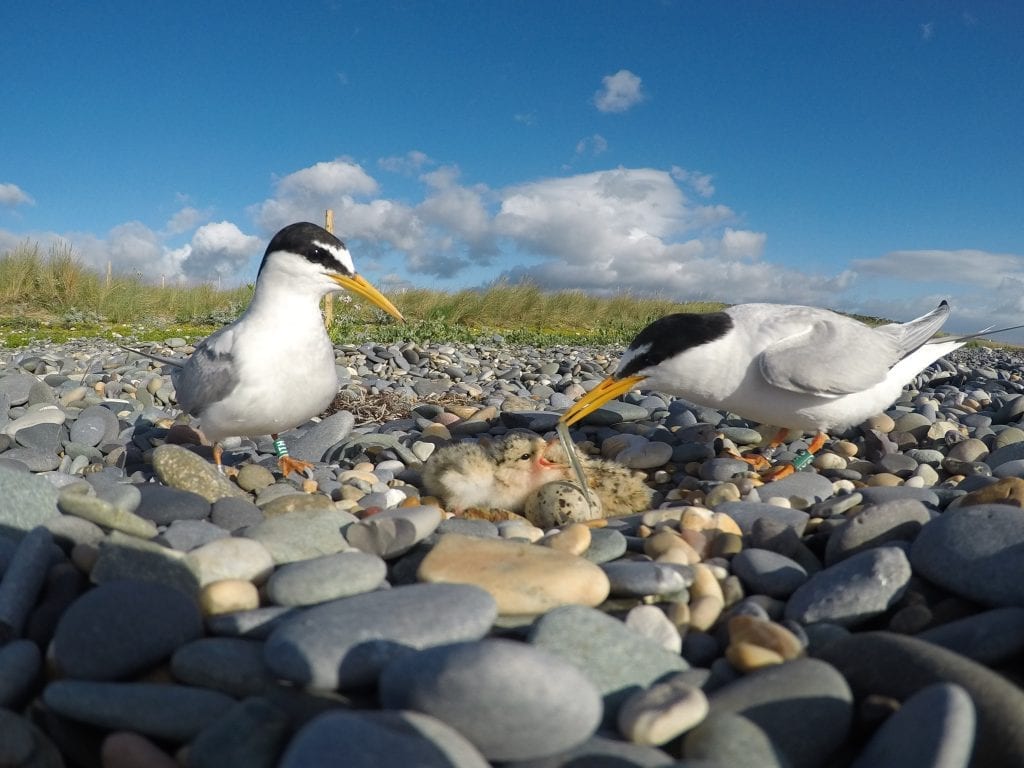 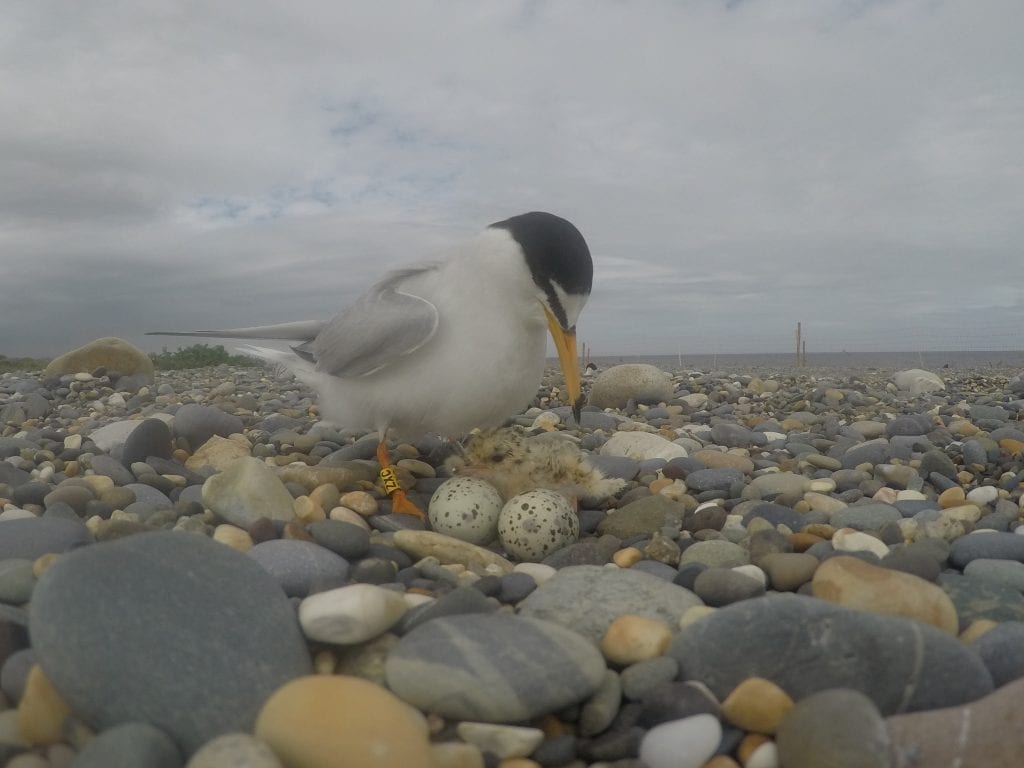 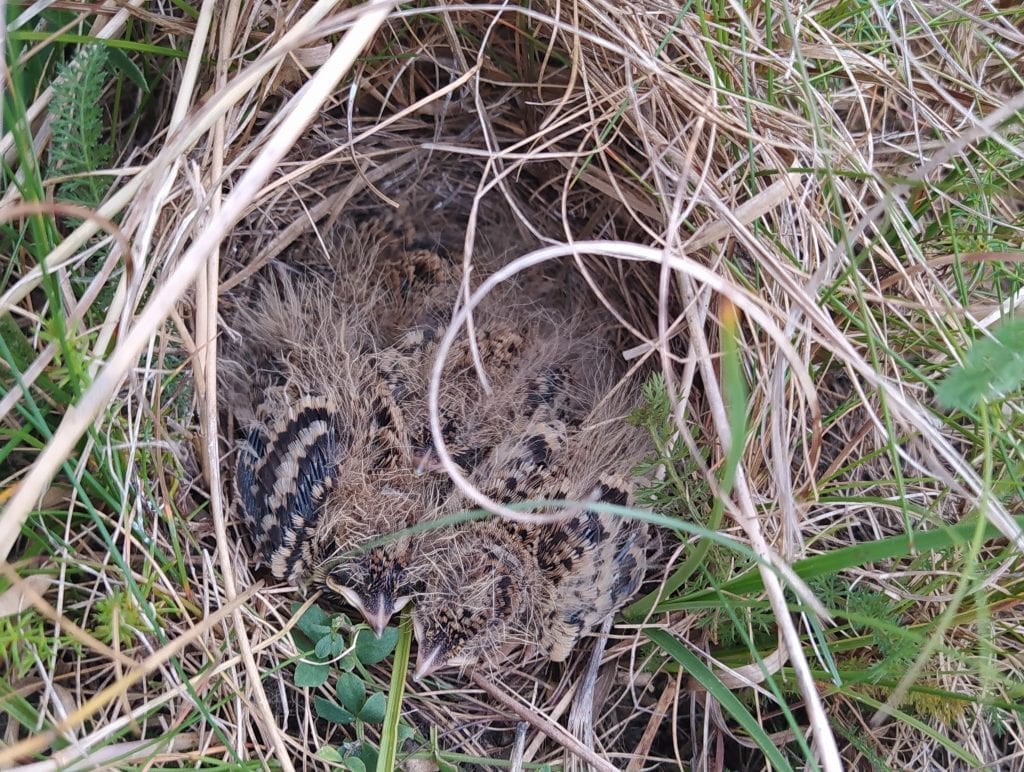 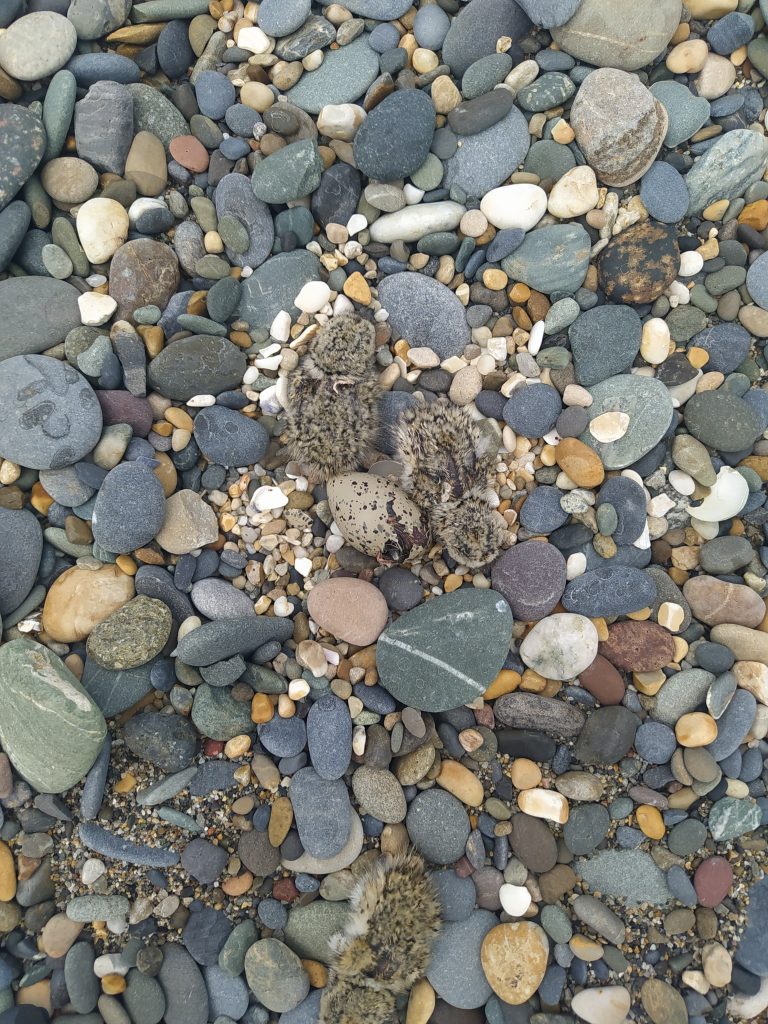 This year’s work to protect and monitor the Little Terns and other nesting birds on Kilcoole Beach would not be possible without funding from  the National Parks and Wildlife Service in Wicklow.