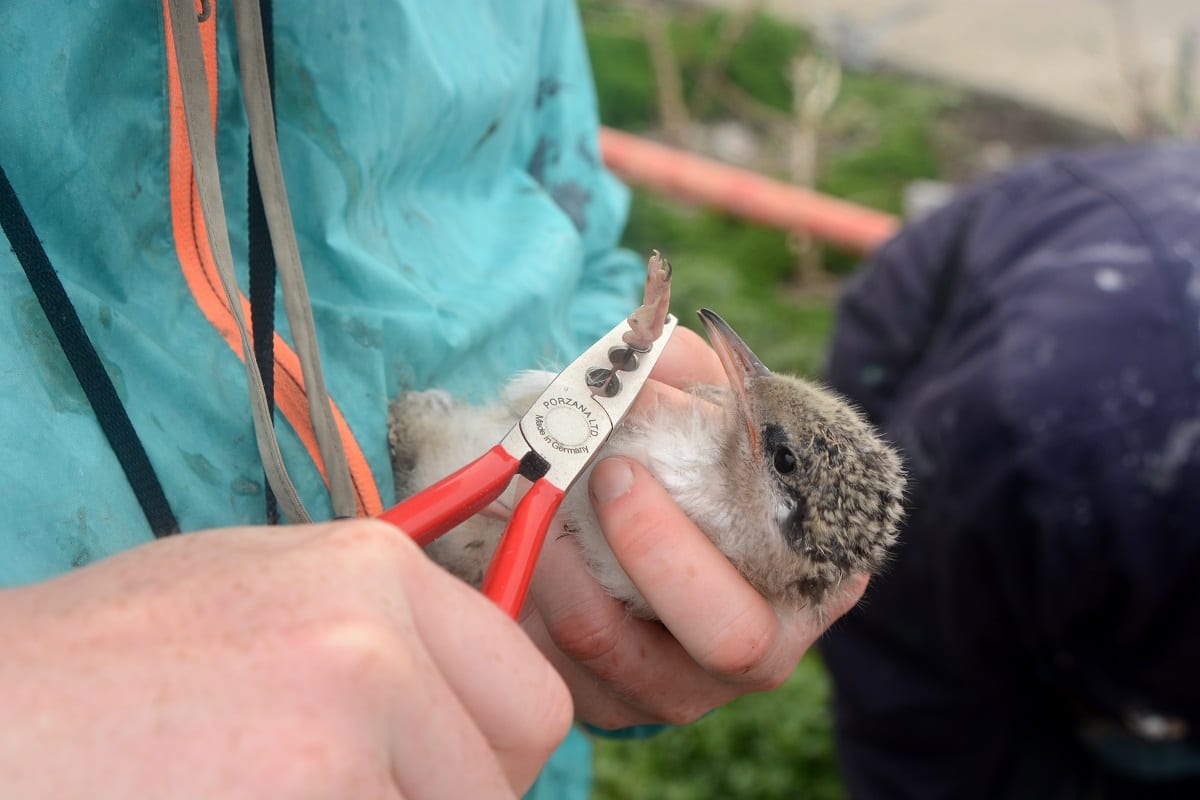 It has been an exciting time on Rockabill with the annual ringing blitz taking place during the first week of July. The three wardens were joined by BirdWatch Ireland staff and experienced ringers Dr. Steve Newton and Brian Burke. Enna O’Conner also joined us a volunteer and proved an extraordinarily efficient scribe! The goal of the ringing blitz is to ring every single one of the Tern chicks on the Island in about two days. By giving all of the chicks a tiny, uniquely-coded leg ring, it means we can continue to learn about them through their lifetime. Do chicks hatched on Rockabill come back here to nest? Do they go to other colonies? What age are birds in the Rockabill colony? Do they pair with birds of a similar age? Do younger or older birds have better breeding success? And of course, they might get seen or caught on migration too, helping to confirm migration patterns and help fill in gaps in our knowledge. For the bird, wearing a leg ring is like a person wearing a watch – after you first put it on you forget it’s even there. Bird ringing is strictly licensed in Ireland through both the NPWS and BTO and requires extensive training before licenses are granted! 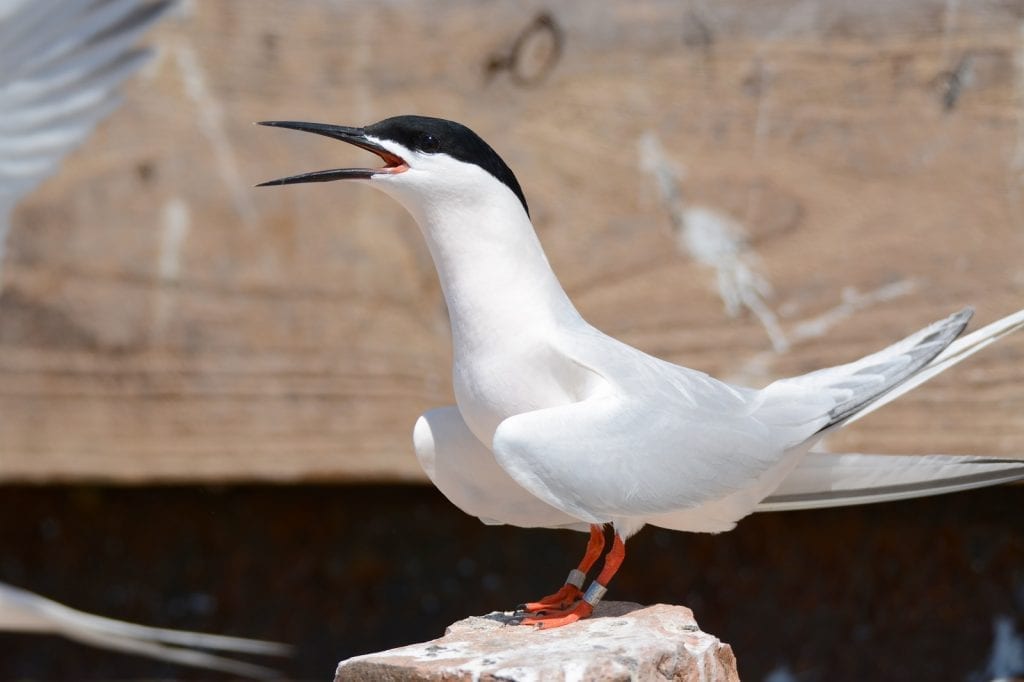 Roseate Tern adult – note the leg rings, which allow us to keep learning from these birds throughout their lifetime. (B. Burke, photo taken under NPWS license).

The process starts by lining up and sweeping through each subcolony, picking up as many chicks as possible as the team moves through the area. The smaller birds are easy to catch as they freeze or try to hide under leaves or rocks, but the larger, braver chicks often make dash for safety. A person is needed on each side to ‘herd’ the chicks for an easier catch. Once caught, Enna gave the ringer a uniquely coded ring and recorded the species, location, wing size and other important details while others ringed the chick, placed it back in its original setting and moved on with our grid searching. It proved to be a very busy few days! 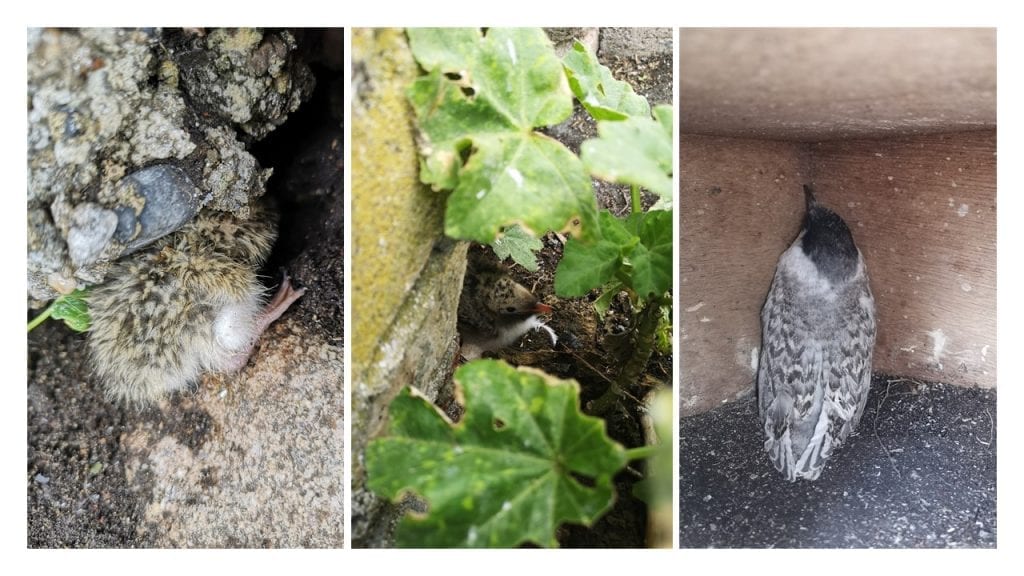 In total 146 Common Tern chicks and 619 Roseate Tern Chicks were ringed in the two day period. This is much lower than most years, and we’ll get into that in a future blog… Following the blitz it is the wardens job to find any other chicks that don’t have rings and ring them as needed. Some will have been missed during the original blitz, and others will have hatched in the weeks since. The wardens will sweep the entire island a couple more times and also pick up chicks as they are walking through, working or ring reading in the colony. They are still finding chicks to ring today as the late nest chicks are hatching and growing. 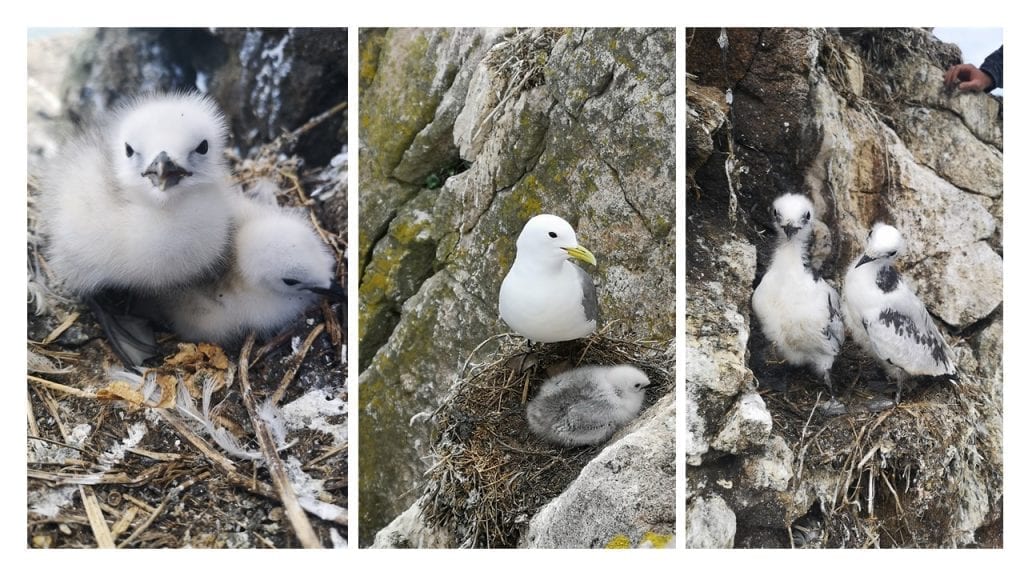 In the following weeks after the Tern-ringing blitz, project manager Steve returned to Rockabill to ring the Kittiwake and Guillemot chicks with the help of the wardens. There are much fewer of these chicks but they are however a bit more difficult to get to! Staff were climbing up and down rock faces and putting their arms in long dark holes to retrieve these birds out of their nests. A total of 94 Kittiwake chicks and 72 Black Guillemot chicks were ringed this year. 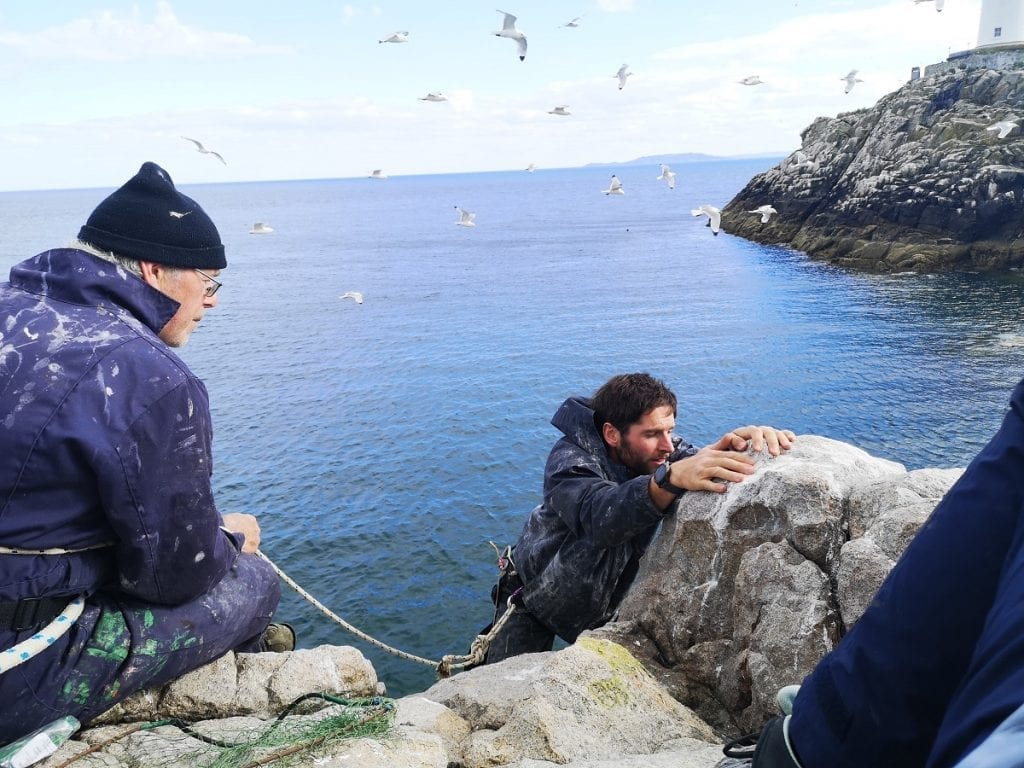 Warden George, carefully accessing some Kittiwake nests on the cliff in order to ring the chicks (K. Owens) 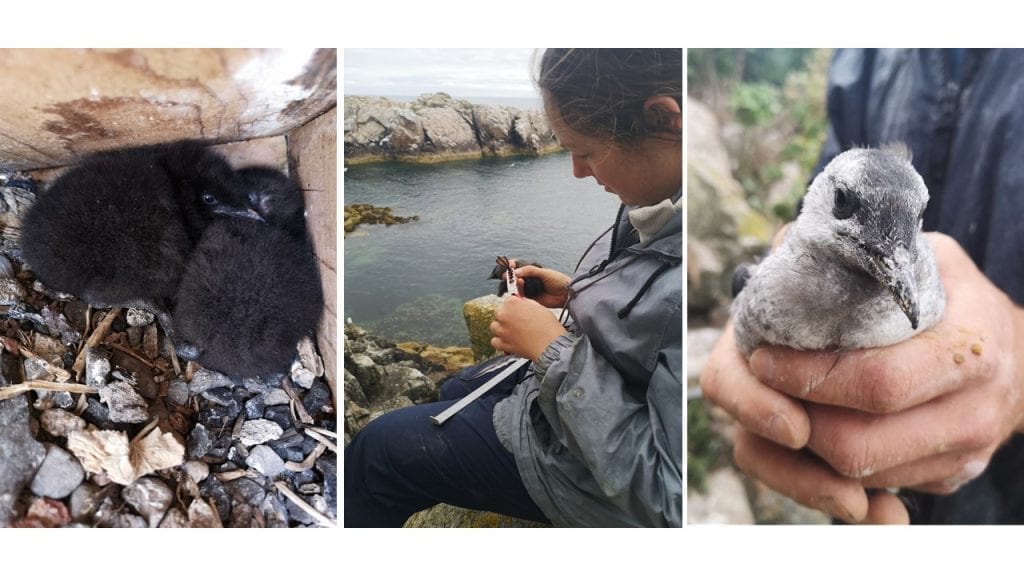 Now that almost all the chicks on the island are ringed and starting to fly it is nearing time to pack up and leave. The wardens have started bringing in nesting boxes to clean and store for next season. There is also a lot of data collation and report writing going on, it is nice to see the chicks start to fly but sad to see the absence of young chicks around. Stay tuned for the next blog which will be the last one of the season!

(PS – Don’t forget to keep an eye out for terns roosting around the coast at this time of year, and let us know! See here for more)