Time to ‘Tern’ it in at Kilcoole

Now that August is here, it is time to pack up the fencing for another year. We no longer have any active nests left in the colony, with our last nest hatching on the 25th July. Although the fences are now down, there are still a couple of chicks and fledglings on the beach and we would advice people to keep an eye out for them when walking along the shingle and please keep dogs on a lead in the area! 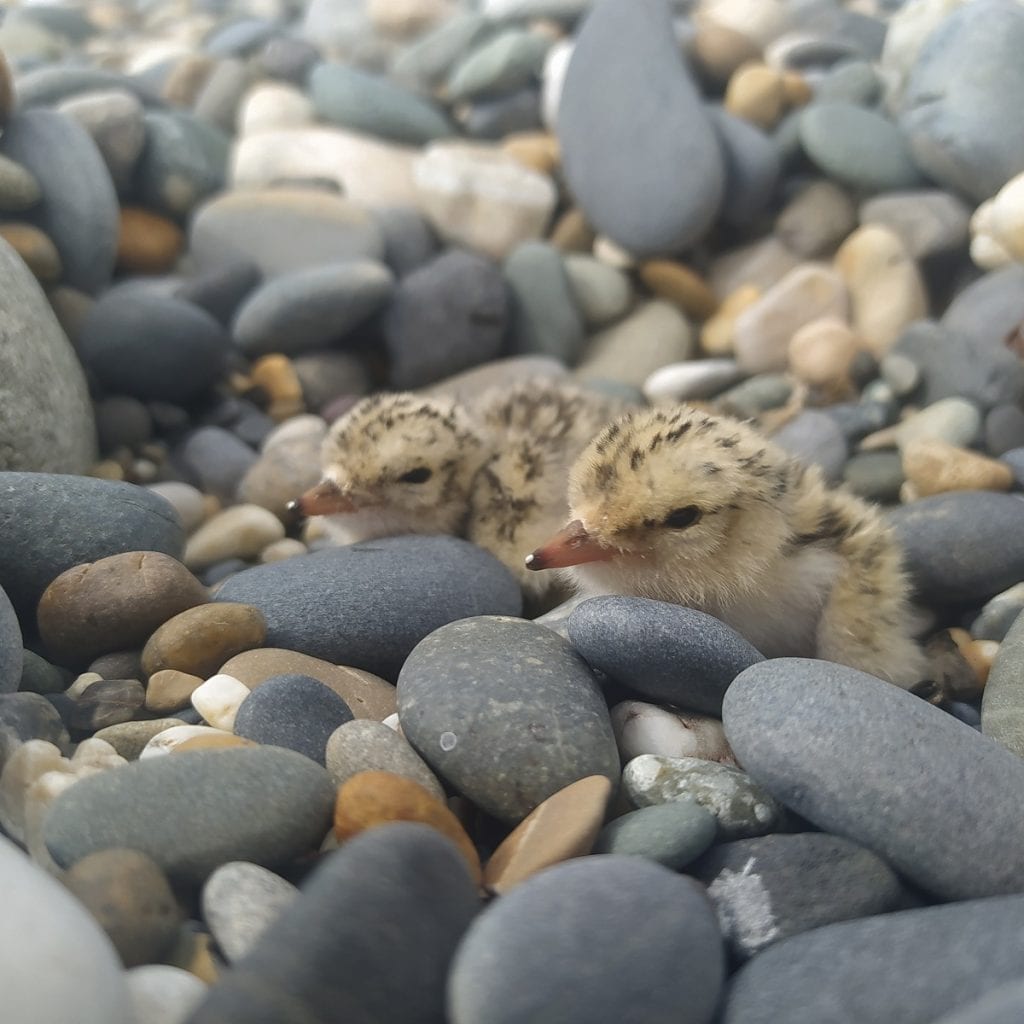 This year we have ringed a total of 345 chicks, however as mentioned in the previous blog, we had some casualties of the bad weather. This has left us with 326 ringed birds alive & well, which is a good result overall. This number also excludes a number of birds that managed to escape un-ringed! 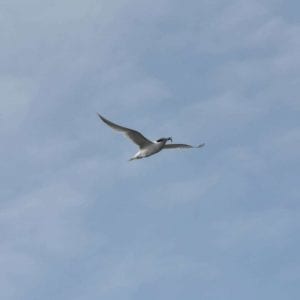 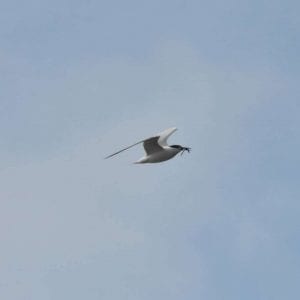 Sandwich Terns fishing at Kilcoole. Photo taken by A. McManus.

While the number of birds around the colony starts to dwindle, some of our fledglings have already been spotted in Dublin (Malahide, Portrane) and Louth (Baltray). Tern species generally exhibit this behaviour at the end of the breeding season, moving between different locations along the coastline before migrating south as a group to West Africa! This year we have had Arctic Tern, Common Tern and Sandwich Tern’s roosting along the foreshore and fishing around the colony towards the end of the season. These re-sightings wouldn’t be possible without the ringing scheme. The metal rings we put on have a 7-digit serial identifying individual birds. We also put on a green Darvic (a type of plastic) ring on the left leg with a three-number/letter code, which indicates the bird originated in Kilcoole. By reading these rings over the lifetime of the birds, we manage to get data on their movements, where they choose to breed and whether that changes from year to year, how successful an individual or pair is at breeding, how long they live and loads of other very detailed information that allows us to plan to conserve and protect them better. 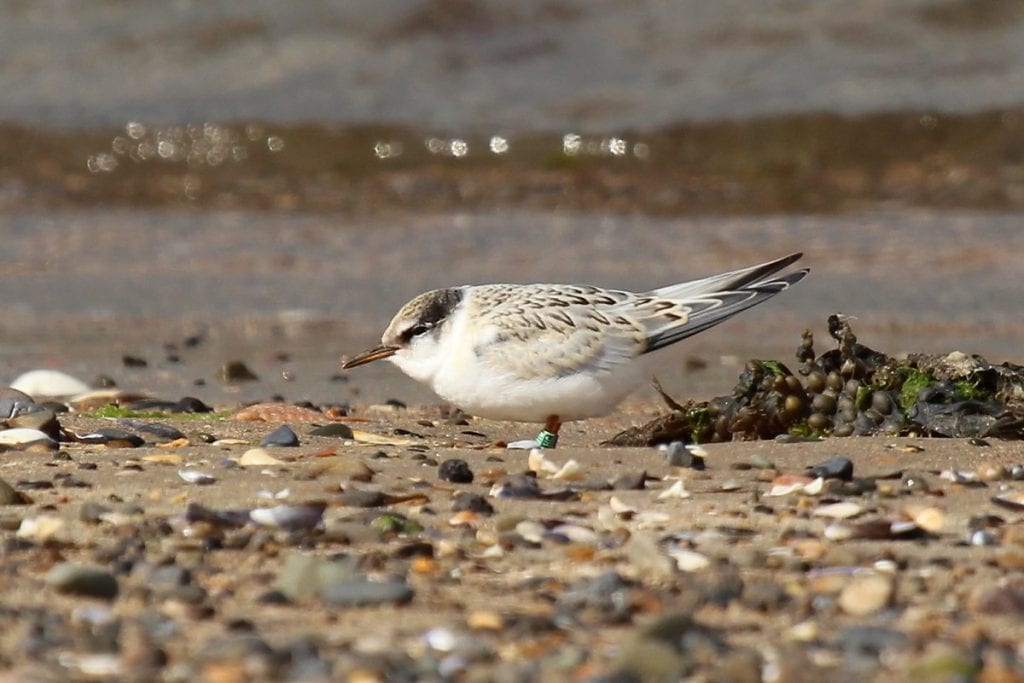 One of Kilcoole’s fledglings spotted at the Portrane Little Tern Colony, note the green Darvic ring on the left leg (J. Rod) 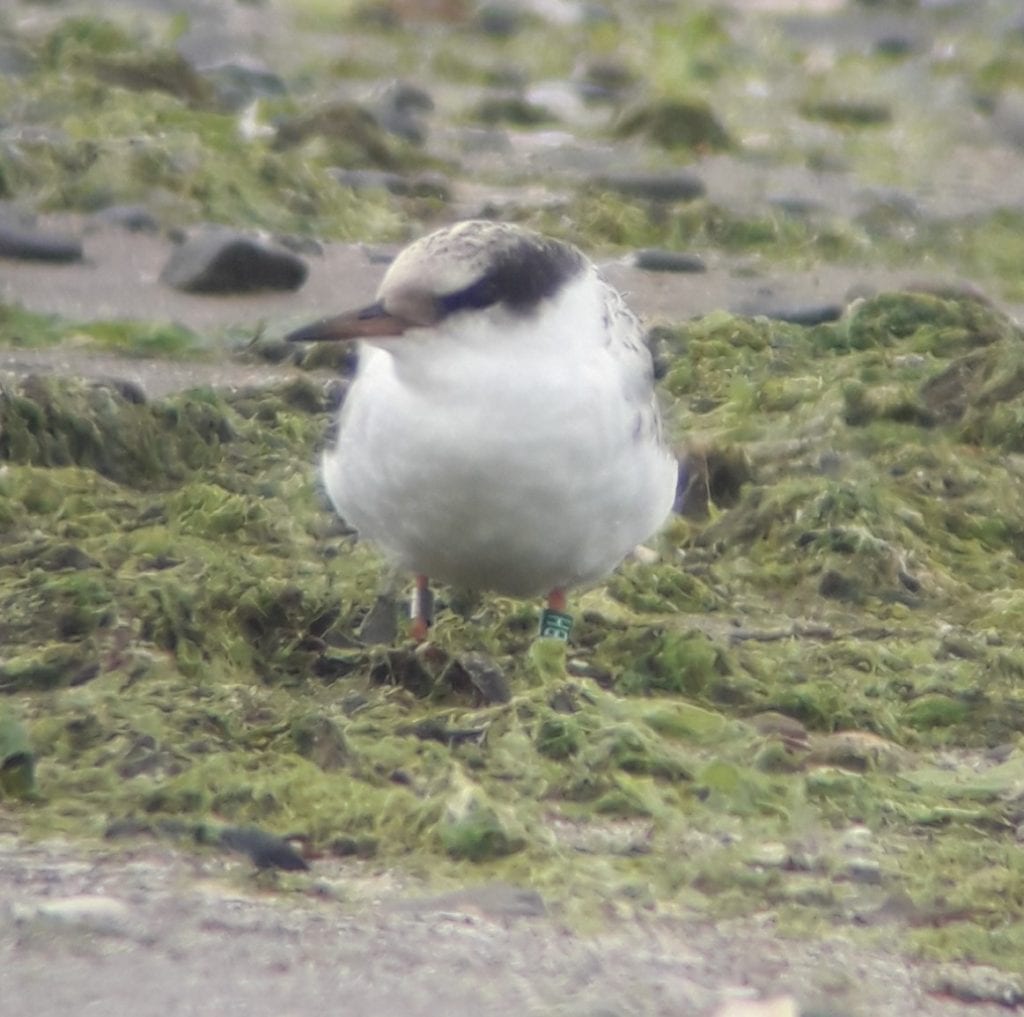 That’s all the news from Kilcoole for now as we begin analysing the data collected and writing the report for the 2020 season and while we haven’t produced any figures yet, it looks like it has been another good season!

Sunset from the hide at Kilcoole (A. McManus)

All the best from Andrew & the Kilcoole 2020 Team!

This year’s work to protect and monitor the Little Terns and other nesting birds on Kilcoole Beach would not be possible without funding from  the National Parks and Wildlife Service in Wicklow.