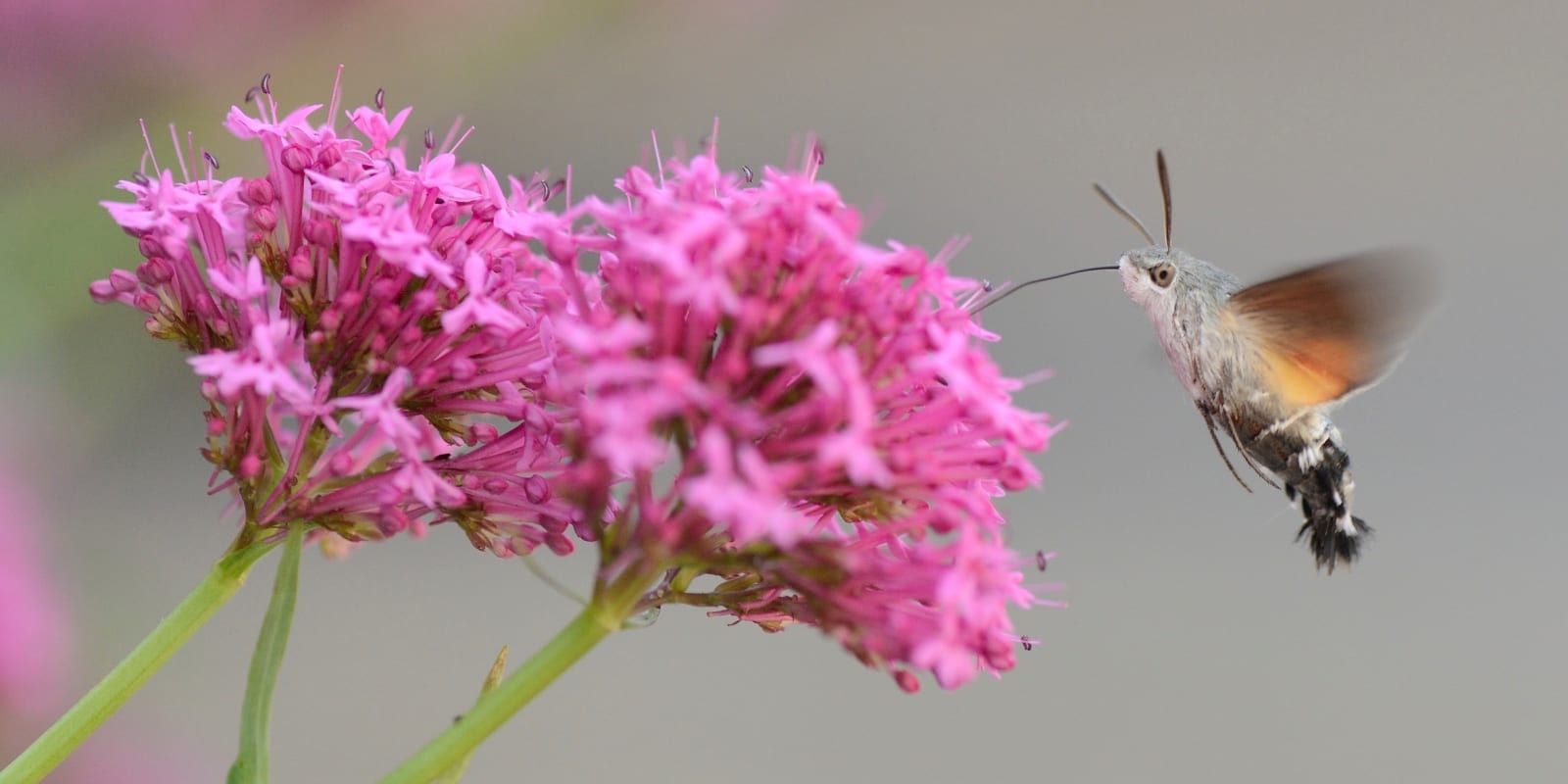 “There’s a hummingbird in my garden!” 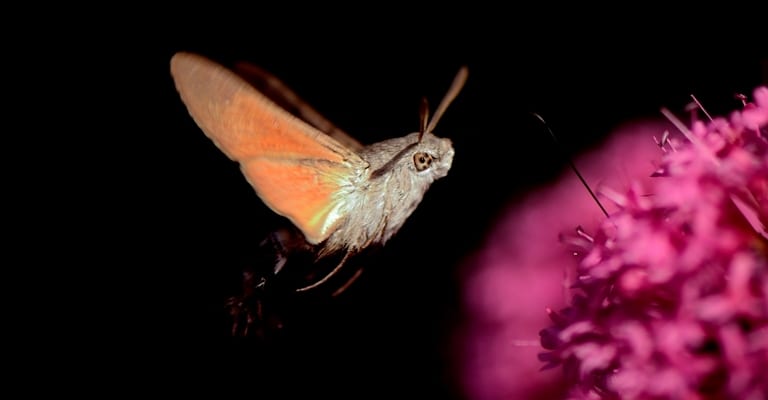 Around this time every year BirdWatch Ireland receives phone calls and emails from people reporting hummingbirds at various locations around the country. Despite appearances, these are not actually hummingbirds but are in fact a scarce species of day-flying moth that does a remarkably good job of imitating them: the Hummingbird Hawk-moth Macroglossum stellatarum.

Many people initially seem incredulous, or perhaps even somewhat offended, when we explain that they have been seeing moths. “Now, listen, I know what a moth looks like” or “Are you pulling my leg?” are frequent responses. But these remarkable creatures are indeed moths: their feeding requirements are very close to those of hummingbirds, and they have evolved an amazingly similar body shape, flight method and feeding behaviour.

Like real hummingbirds, these moths hover at delicate or intricate flowers to feed on nectar that is off-limits to many creatures that need to perch to feed. Like hummingbirds, their wings beat rapidly, creating a humming sound, they move their “tails” to help them maintain position as they feed, and they have proportionately large eyes to help them find the best flowers. Their long hollow tongues, which they use like a straw to suck up nectar, even look astonishingly like the beak of a hummingbird.

The Hummingbird Hawk-moth is a relatively common species across continental Europe. It doesn’t appear to be able to breed successfully in Ireland, but each summer migrant individuals make their way here and are sometimes seen feeding on flowers: Red Valerian and Buddleia seem to be particular favourites. Judging at least by enquiries to BirdWatch Ireland, numbers seem to have been on the increase in recent years: perhaps this could be a result of climate change or some other environmental factor.

Hummingbirds themselves are entirely confined to the Americas and Caribbean. Their heavy reliance on nectar from flowers and their extremely fast metabolism, requiring them to feed very frequently, mean that they could never manage to cross the Atlantic. These gorgeous moths, therefore, are the closest we can get.