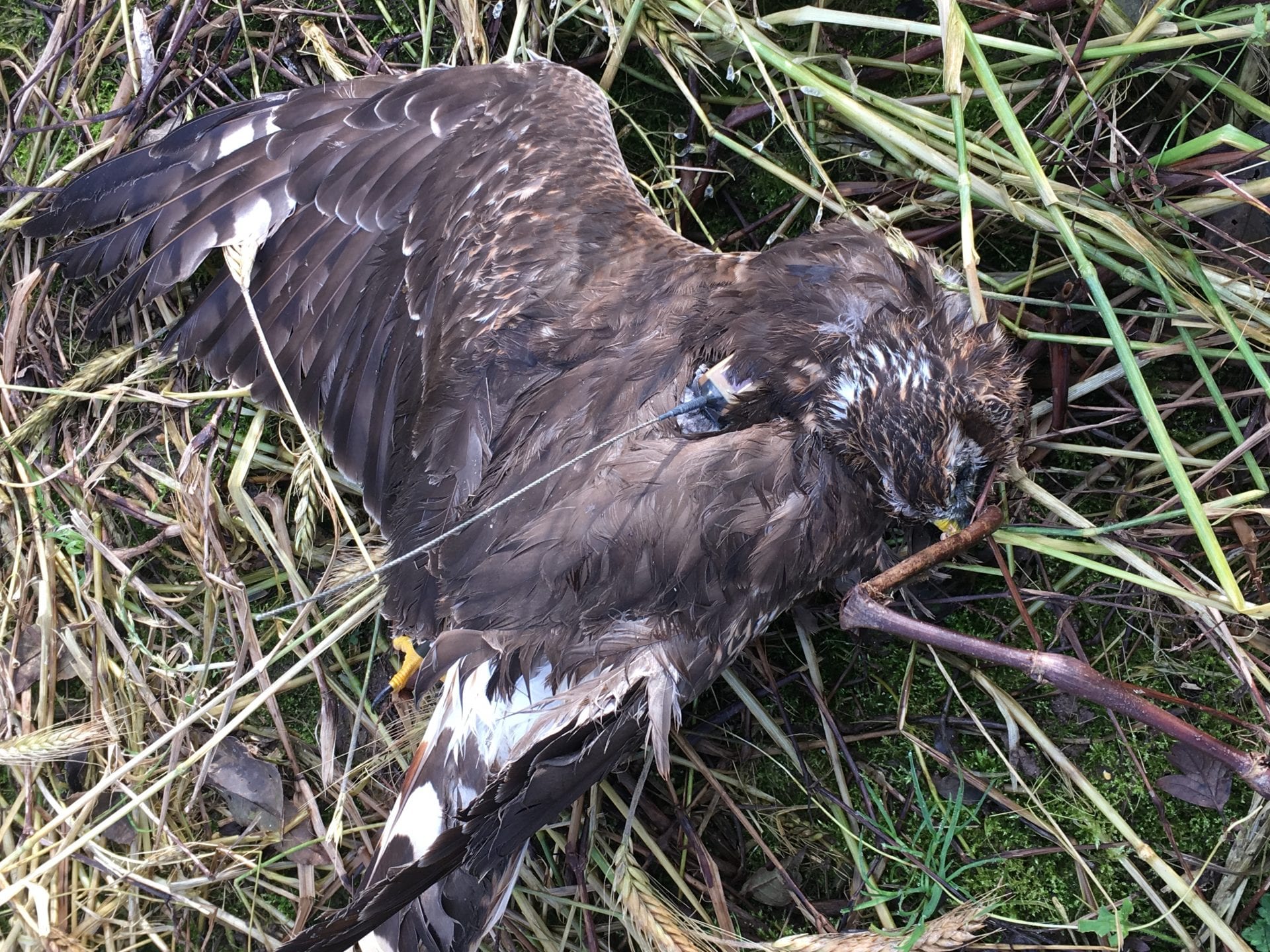 Conservation groups in Ireland, UK and Isle of Man unite to condemn this heinous crime.

BirdWatch Ireland, Ireland’s largest conservation charity, is utterly appalled by the illegal killing of yet another protected bird of prey in Ireland. The victim this time was a female Hen Harrier called Mary, who hatched in the summer of 2019 from a nest on the Isle of Man and met her tragic end in a field in Drumconrath, Co. Meath. She was fitted with a tracking device as part of the EU Hen Harrier LIFE project, which Manx BirdLife and the RSPB, our UK BirdLife International partner, had been using to monitor her movements and survival.

There was great excitement when the tracking data revealed that Mary had flown westwards from the Isle of Man to Co. Meath. Unfortunately, on 2nd November the data from her tracking device revealed that she had died suddenly. RSPB Investigations and the National Parks and Wildlife Service (NPWS) found her body on land managed for pheasant shooting. The NPWS investigation revealed that she had been illegally poisoned: a dead pigeon, which had been laced with the banned toxin Carbofuran, which is dangerous to animals and humans, along with poisoned chunks of meat were also found at the scene. Pieces of poisoned meat were also found in Mary’s body, proving that she had eaten some of the bait and succumbed. The use both of Carbofuran and of poisoned meat bait, are serious criminal offences.

Hen Harriers are fully protected in Ireland under the EU Birds Directive and under the national Wildlife Act 1976 (as amended), to kill or injure one is a criminal offence. Despite this, Hen Harriers and other protected birds of prey continue to be killed, or disappear in suspicious circumstances.

John Lusby, Raptor Conservation Officer at BirdWatch Ireland, said, “It is devastating to learn of the fate of this bird. Each Hen Harrier is precious, and particularly those from the Isle of Man and from Britain, where their numbers have been decimated by illegal killing.

“For this bird to have travelled to Ireland, with so many people invested in its survival and eagerly following its journey, only to suffer the same fate at the hands of wildlife criminals, is truly devastating. We are appalled, but sadly not surprised, as this is far from an isolated incident. The fact is that, of the small number of birds of prey that have been fitted with tracking devices in Ireland or which have travelled here, a high proportion has been found in similar circumstances to Mary. We urge the National Parks and Wildlife Service and Gardaí to take the appropriate steps to bring the perpetrators to justice, and we offer our assistance in this regard.

NPWS is responsible for recording and investigating incidents of wildlife crime, and established the RAPTOR (Recording and Addressing Persecution and Threats to Our Raptors) protocol for this purpose, to which Lusby commented, “The NPWS has recently stepped up efforts to record incidents of illegal killing of birds of prey, but there needs to be more effective investigation and enforcement of wildlife crimes, and better liaison with the Gardaí, otherwise we should expect that the horrific killing of protected birds of prey, such as this one, will continue”.

“Mary was a particularly special bird,” said Niall Hatch, Public Relations, Branches and Development Officer with BirdWatch Ireland. “So many people were invested in her survival and followed her journey from her nest on the Isle of Man to her arrival in Ireland. That she was illegally killed is incredibly damaging to Ireland’s reputation, and highlights that the illegal poisoning of raptors remains a disgusting and sinister element in our countryside and continues to affect our wildlife.”

Neil Morris, Managing Director of Manx Birdlife, said, “Despite a great deal of effort by many dedicated individuals and agencies, including the Manx Ringing Group and RSPB, little is known about the movements of Manx Hen Harriers. We know our young birds have a tendency to wander, in common with other bird of prey species, but none has yet survived long enough away from the Isle of Man to either settle to nest or to return to the island. We applaud efforts to understand the circumstances of Mary’s premature demise and to demand a full and transparent investigation.” 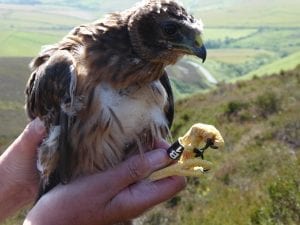 Martin Harper, Global Conservation Director at RSPB, said, “Here is another Hen Harrier which has failed to make it through its first year, thanks to the spectre of illegal persecution. Time and time again, satellite-tagging is pinpointing illegal persecution and critically proving that young Hen Harriers are being killed before they have the chance to breed and bolster the fragile British population. Raptor persecution in connection with land managed for shooting is the number one threat to the Hen Harrier in Britain.”

The Hen Harrier population is under significant pressure in Ireland too, and the species’ population declines here have been well documented. Conservation efforts to protect Hen Harriers and restore their populations have been established, funded by taxpayers’ money. The actions of the criminals responsible for the illegal killing of this bird compromise such efforts, damage Ireland’s reputation internationally and have a devastating effect on our wildlife: they cannot be tolerated.

For a video showing the recovery of the body of Mary the Hen Harrier, please click here.

For a video about Ireland’s Hen Harriers, please click here.