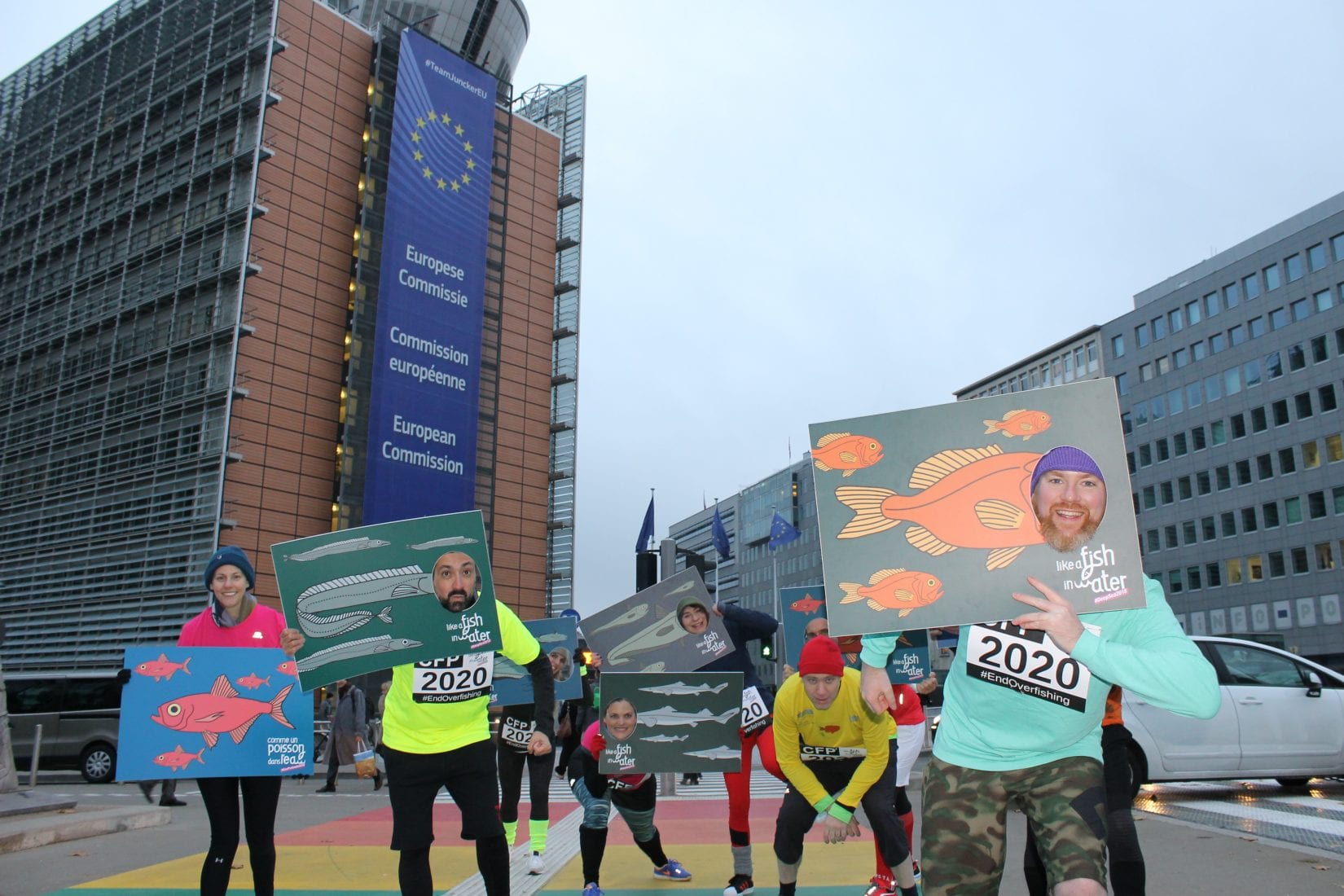 Deep-sea fish – out of sight, not out of mind.

Over the course of 2019 BirdWatch Ireland ran a campaign to urge EU decision makers to end overfishing in the deep-sea.

This summer a team of international scientists aboard the Irish research ship RV Celtic Explorer returned to shore with images of an Irish landscape that wouldn’t look out of place in a science-fiction movie. The strange creatures and otherworldly landscapes they recorded weren’t from outer space however but from the alien world of our deep sea.

The deep sea is a world that few have experienced first-hand. It is truly the last frontier on our planet. It is a dark, cold place where extreme atmospheric pressure poses unique challenges to life. Surprisingly given these conditions the deep sea is rich in life supporting as much wildlife as the soft sediment environments of our shallow coastal seas. Ireland’s Marine Institute have recorded deep canyons and underwater mountains off our coast inhabited by deep sea sharks and festooned in brightly coloured sea fans and cold-water coral reefs. It is thought that this diversity of life has accumulated due to the very low levels of extinction stemming from the inherent stability of these environments.

This dark Eden however is changing as the remoteness that once protected it is under threat. The industrialisation of global fisheries and subsequent overfishing over the late 20th Century drove declines in traditionally targeted fish stocks around Europe’s coast and continental shelf. New technology and a demand for untapped resources resulted in a race to open the deep sea up to exploitation. At the time little was known about the ecology of deep-sea fish or about the commercial viability of these fisheries.

Owing to their extreme environment many deep-sea fish live life in the slow lane. They grow slower, mature later and live much longer than other fish. Orange Roughy for example don’t reproduce until they are at least 20 years old and can reportedly live to be 149. Conveniently for fishermen many species also have the habitat of congregating around seamounts.

These characteristics make deep sea fish extremely vulnerable to overfishing. Scientists have now chronicled the decline of exploited deepwater fish stocks in the North Atlantic. Populations of exploited fishes have declined by an alarming 95% within 25 years, accompanied by dramatic reductions in fish size.

In the case of Irish deep-sea fish stocks scientists have advised that due to the poor status of Roughhead Grenadier, Red Seabream and Deep-sea Sharks there should be zero fish caught in 2019 while it is prohibited to fish for Orange Roughy at all.

This November fisheries Ministers from across the EU will gather in Brussels to negotiate fishing quotas for deep sea fish for the next two years. Given the deadline to end overfishing under the Common Fisheries Policy is 2020 this means that in the case of deep-sea fish this year’s negotiations must mark the end of overfishing. While Irish fishermen do not directly target deep sea fish anymore the Irish Government do trade our fishing quotas for deep sea fish to countries like France and Spain meaning we are complicit in their overfishing. Given the Governments legal obligations to end overfishing and the dire need to protect our deep-sea environment the time has surely come for Minister Michael Creed and other decision makers to follow scientific advice and end overfishing.

BirdWatch Ireland has been running a campaign over the last few months to highlight our concerns with the Minister. We are happy to say that off the back of our meetings with the Minister and his staff Minister Creed has committed to us that he will play a positive role in the upcoming negotiations. Thank you to all our members and supporters who supported our campaign.