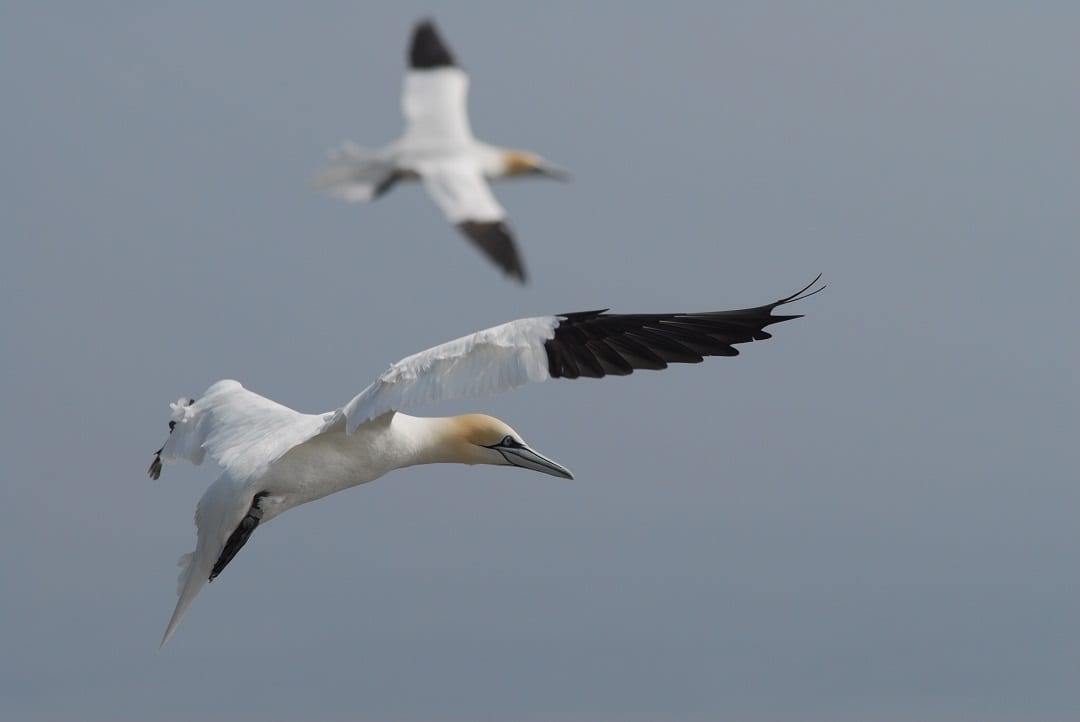 BirdWatch Ireland calls on government to urgently convene key stakeholders to develop and implement a response plan to the growing threat of the spread in Ireland of a virulent strain of Highly Pathogenic Avian Influenza (HPAI) that is currently devastating seabird colonies in Great Britain.

BirdWatch Ireland is shocked at the scale of the impacts on seabirds in Great Britain from HPAI evident in recent days and weeks. We are witnessing the potential decimation of seabird populations on a scale that has not been seen before in our lifetimes. We are as a result gravely concerned for seabird colonies in Ireland.

No cases of HPAI have been positively identified in seabirds in the Republic of Ireland yet, but cases have been confirmed in Northern Ireland. We believe that it is only a matter of time before a wild bird is tested positive by DAFM veterinary staff, but casual sightings indicate that the disease is probably present in our wild birds already. HPAI has the potential to spread rapidly in breeding seabird colonies, as seabirds gather in high numbers and in close proximity to lay eggs and rear chicks on Irish cliffs, headlands and islands.

Ireland’s seabirds are of international importance. Rockabill Island off the coast of Skerries in north Co. Dublin holds up to 80% of Europe’s breeding Roseate Terns; the Kilcoole, Co. Wicklow Little Tern colony holds 40% of Ireland’s Little Tern population; Manx Shearwater occurs on just a handful of colonies; and sites such as Great Saltee hold internationally important breeding seabird populations, including Gannet, which has been impacted particularly severely.

Dr. Stephen Newton, Senior Seabird Conservation Officer with BirdWatch Ireland, said, “Ireland is internationally important within Europe for a lot of seabirds. We hold the biggest European colonies of some species. The Roseate Tern on Rockabill would be one, where we have up to 80 per cent of the European population on one little island.”

“It’s frightening,” Dr. Newton continued. “There are three or four species where virtually the whole of the Irish, or sometimes the whole of the European, population nest at just one or two sites. Our big fear is that these could be wiped out completely.”

A coherent and coordinated response from government to the threat of HPAI is urgently required. Stakeholders with the relevant knowledge and responsibilities, including the Department of Agriculture, Food and the Marine, the National Parks and Wildlife Service and BirdWatch Ireland, should be convened as soon as possible to develop an appropriate response plan.

In response to our serious concerns in relation to HPAI in seabird colonies, and underpinned by our responsibility to the staff and volunteers carrying out wardening duties at many of these colonies, BirdWatch Ireland, with the agreement of NPWS, has ceasing research and monitoring activities at seabird colonies, where our staff and volunteers would be in very close proximity to wild birds, except in exceptional circumstances. This will help reduce disturbance and minimise the risk of spreading the disease.

Our seabirds are the life and soul of the coastline in the summer. The Irish Government has a responsibility to protect them as much as possible from this deadly disease. HPAI originated in intensively manged poultry flocks and then infected wild birds. Putting in place measures which may help to minimise the spread in Ireland is essential to prevent further biodiversity loss, but also to protect poultry flocks which could be re-infected from the disease circulating in the wild bird population.

If you see a dead or distressed wild bird, please report it to the Department of Agriculture, Fisheries and the Marine at https://aviancheck.apps.rhos.agriculture.gov.ie/report. Do not handle sick or dead birds.