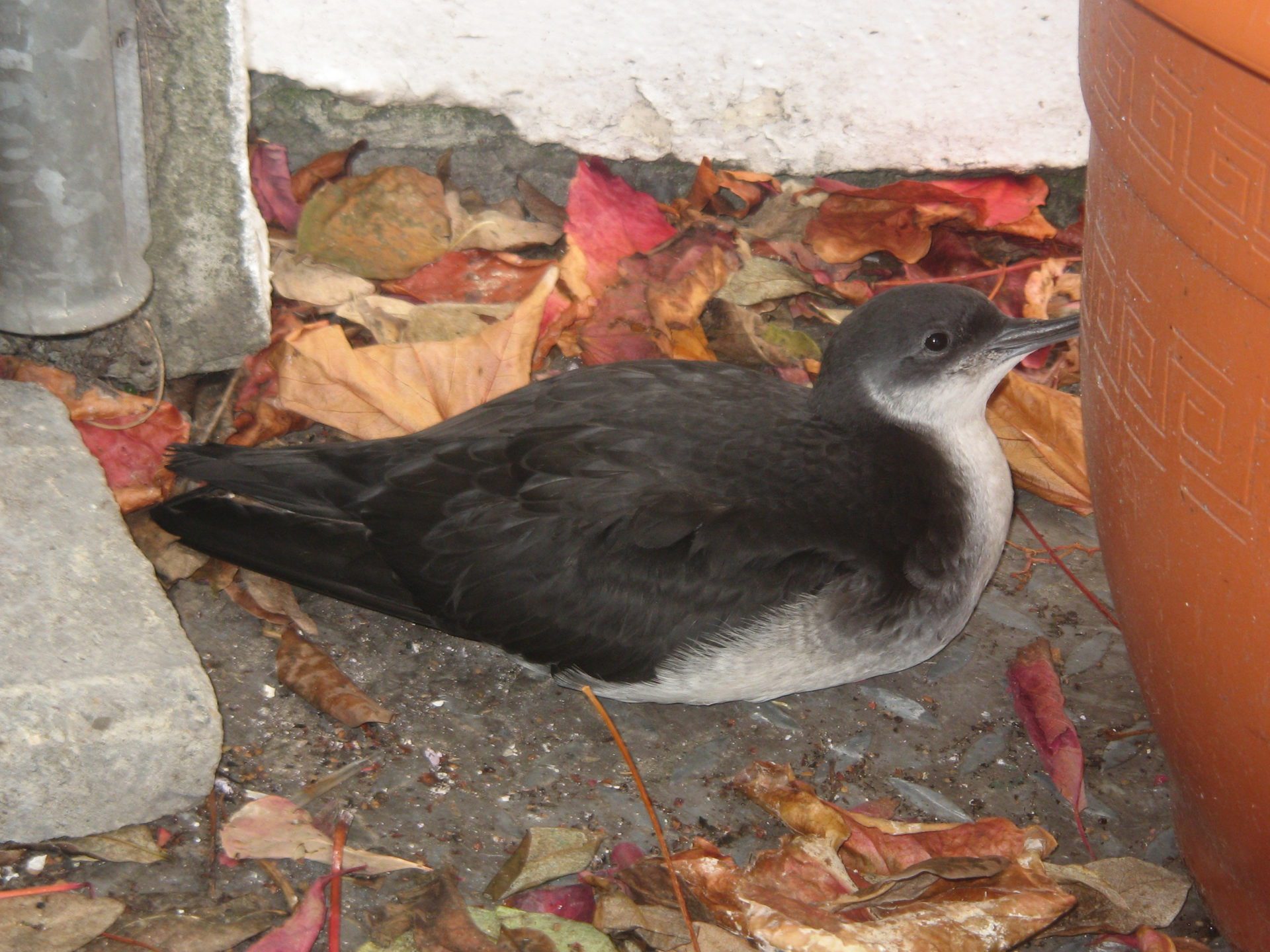 BirdWatch Ireland would like to appeal to people living near the coast to be on the lookout for unusual black and white birds that might turn up on roadsides, in fields or gardens at this time of year. Poor weather and artificial light along the coast often cause Manx Shearwaters, a pelagic seabird, to get stranded inland at this time of year and they’ll need a bit of help to get back to the sea.

Manx Shearwaters are around the size of a Jackdaw, weighing 300-500g with a three-foot wingspan. They have a long slim body with webbed feet, and a narrow bill with a hooked tip and tube-shaped nostrils on top. You can read more about them on our website here. 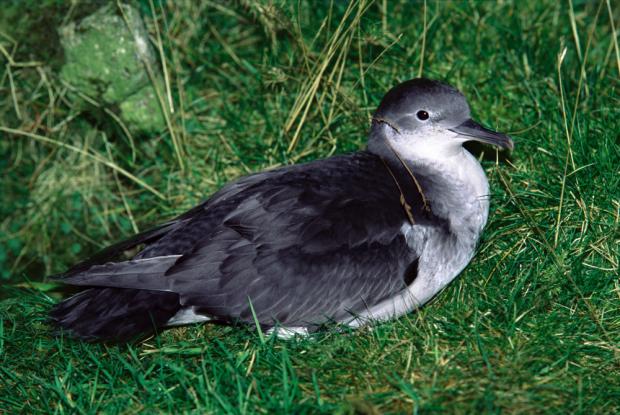 Ireland is home to tens of thousands of nesting Manx Shearwaters every summer, with large colonies nesting on offshore islands such as the Blaskets in Kerry, the Saltees off Wexford and Copeland Island in Down, and smaller colonies of hundreds and thousands of birds elsewhere along the west coast. As well as that, hundreds of thousands of ‘Manxies’ from colonies in Wales and Scotland move along the Irish coast each autumn, as they migrate south for the winter. They’re a long-winged bird, related to the Albatrosses, and at this time of year they’re headed for the coast of Argentina. That’s an 11,000km journey that they’ll make in 21 days or less to reach the productive feeding grounds in the South Atlantic, where they’ll remain until next spring before heading north again, and returning to the exact same burrow as the year before. The more experienced birds make this epic journey with relative ease, but some fledglings will stumble at the first step, end up flying overland and becoming ‘grounded’. These groundings tend to happen where there is artificial lights from coastal villages and houses and some Shearwaters can end up stuck a few kilometres inland. Because they’re a diving species, their feet are set quite far back on their body, and though their long narrow wings make gliding over the sea very easy for them, they’re really not well-equipped to take off from land. When leaving their colonies they need a bit of a slope and an open area, essentially creating a runway, from which they can eventually take off. If they crash land on a road or in a garden, they won’t be able to gain lift and will be stuck there, making them vulnerable to car collisions, predation by cats, dogs, foxes, or even if they avoid all of that they could still die from dehydration or starvation. 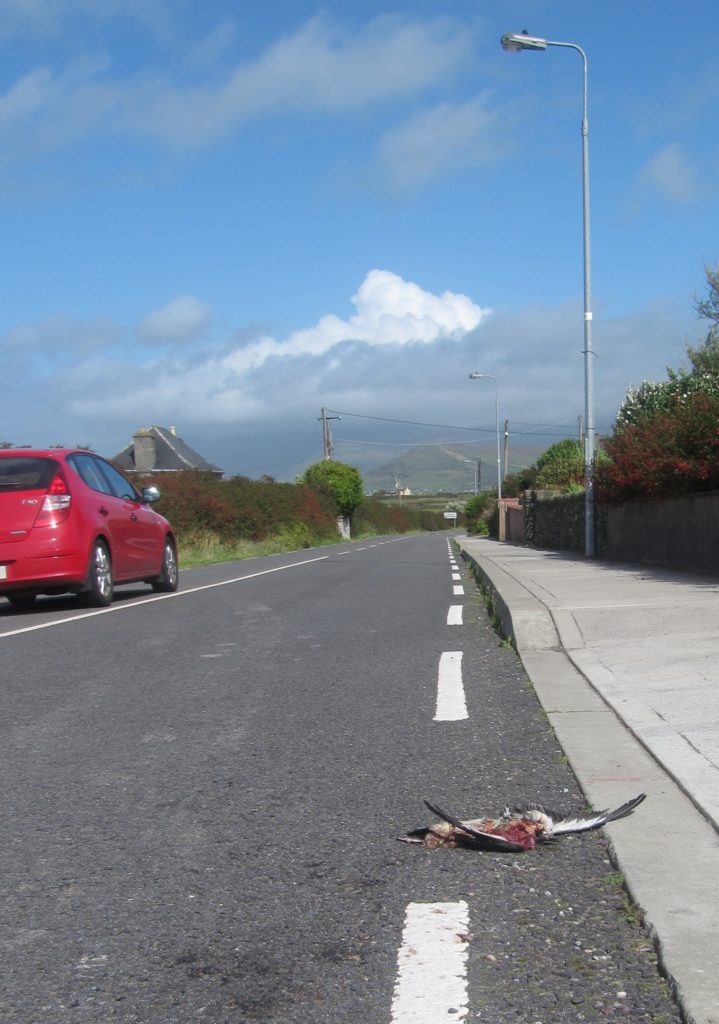 A grounded Manx Shearwater, killed by a car collision, in Kerry (Jill Crosher).

Researchers in Scotland studying Manx Shearwaters have shown that they are more likely to be grounded during new moon phases. This might be because, in the absence of moonlight, artificial light from the shore is more impactful and distracting. It has also been shown that juvenile Manxies prefer not to fledge around the full moon, where the bright light might make them more vulnerable to predation, so there are more juveniles taking flight for the first time during moonless nights. As well as the effect of the moon, strong onshore winds blowing in the direction of light pollution on the coast will increase grounding events, and similarly misty and foggy nights with poor visibility make them more likely too. This isn’t just a problem for our Manx Shearwaters but is known to happen with other species of Shearwater and Petrel elsewhere around the world. 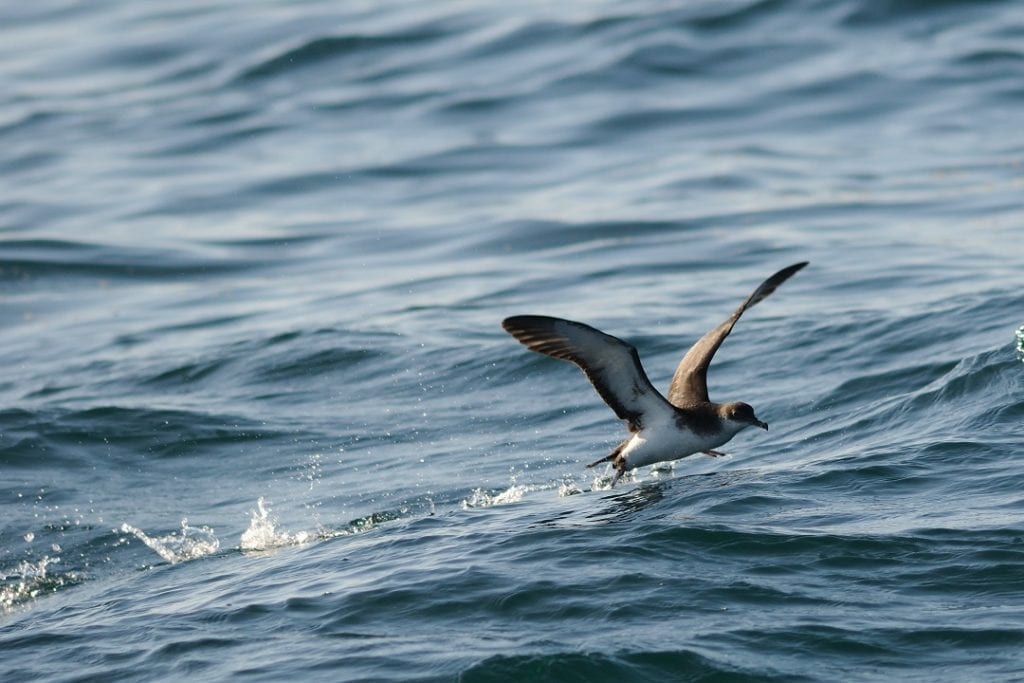 So, what do you do if you find a Manx Shearwater on the ground somewhere? Firstly, get your hands around its wings and body, so that it can’t flap and hurt itself, pick it up and put it in a box. It won’t need any food or water – its parents will have made sure it has significant fat reserves before it fledged. Just keep it in a quiet room until nightfall, when you can release it back at sea. Because they’re so poorly equipped to land and take off from the ground, it’s best to release them at night so that they can take off without fear of attack from species such as Gulls. For the same reason, they nest in burrows and though they fly and feed during the day they only return to the nest site under cover of darkness. In the majority of cases the bird isn’t injured, but rather just isn’t able to take off. In the unlikely event that you find a Manx Shearwater with an obvious injury, contact your nearest wildlife vet or rehabilitator. You can find a list of contacts on Wildlife Rehabilitation Ireland ‘s ‘Irish Wildlife Matters’ website here. 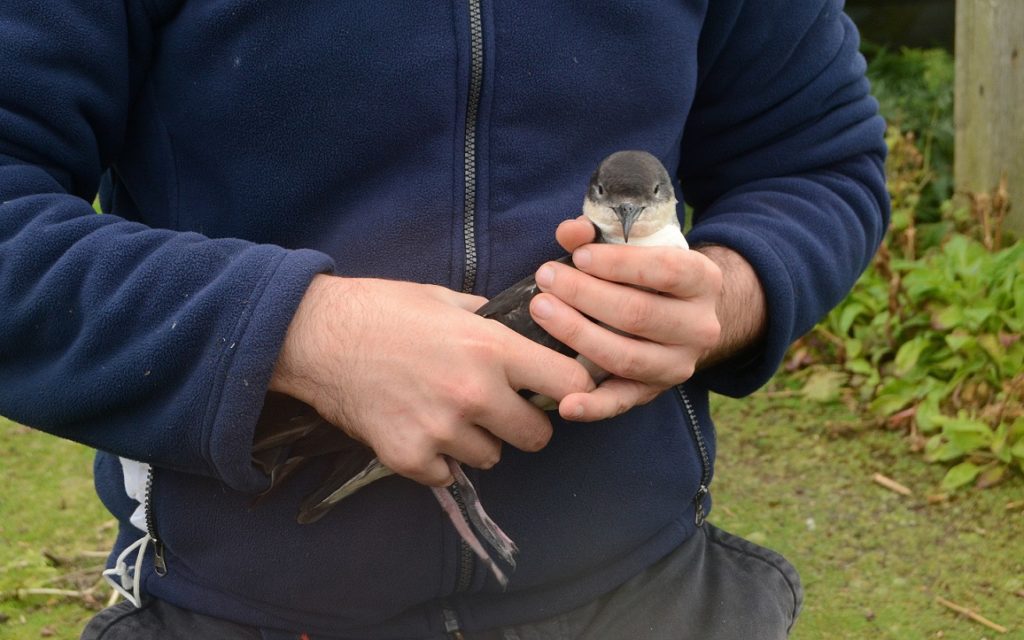 Manx Shearwater – note how far back on the body the legs are. (Brian Burke)

If you do find a Manx Shearwater, it’s worth checking their legs to see if they’ve been ringed. If you find one with a ring, make note of all of the details and get in touch with us. Copeland Bird Observatory in county Down has a long-running ringing study of Manx Shearwaters, which you can read about in the latest issue of our ‘Wings’ magazine. For a time, the oldest known wild bird in the world was a 55-year old Manx Shearwater from Copeland Island, and birds from the colony have been found in America, Brazil, Argentina and South Africa, as well as in various UK colonies such as Skokholm and Skomer which run similar ringing studies. They first nest at 5 years old, with a typical lifespan of 15 years on average, though it’s not uncommon for them to live into their 30’s and several Manx Shearwaters over 50 years of age have been recorded. With that in mind, and in the words of the West Kerry (Corca Dhuibhne) branch of BirdWatch Ireland in a recent article in The Kerryman, “ by helping one bird you might help dozens of generations of shearwaters yet to come.”

To read more about Manx Shearwaters, see the article below about the long-running ringing study of the species at Copeland Island Bird Observatory in Northern Ireland. This piece appears in the Autumn 2021 of our ‘Wings’ magazine, which all members receive. To become a BirdWatch Ireland  member and see what else you’re missing, follow the link here. 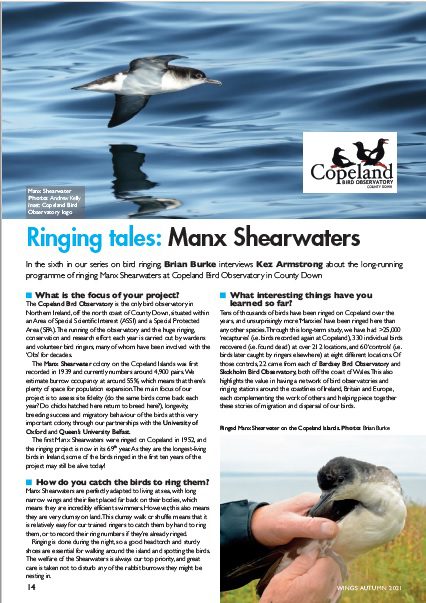