The Dalkey fieldwork season began with a bang on the 15th of May. We suddenly went from weeks of longing for fieldwork, to frantically preparing all three islands (Dalkey Island, Lamb Island and Maiden Rock) for the returning tern colony. 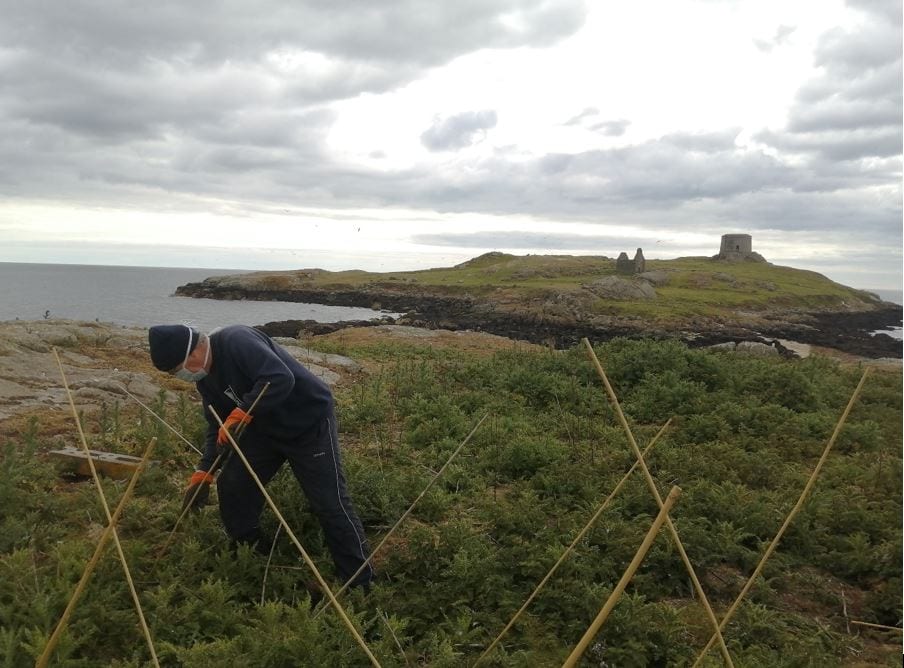 Thankfully, the birds played ball and we weren’t dodging eggs underfoot on the first two visits. Following on from last year, we laid out a grid of bamboo canes on Lamb Island. The canes were driven into the drought-stricken earth at an angle, at distances of 1 m apart. 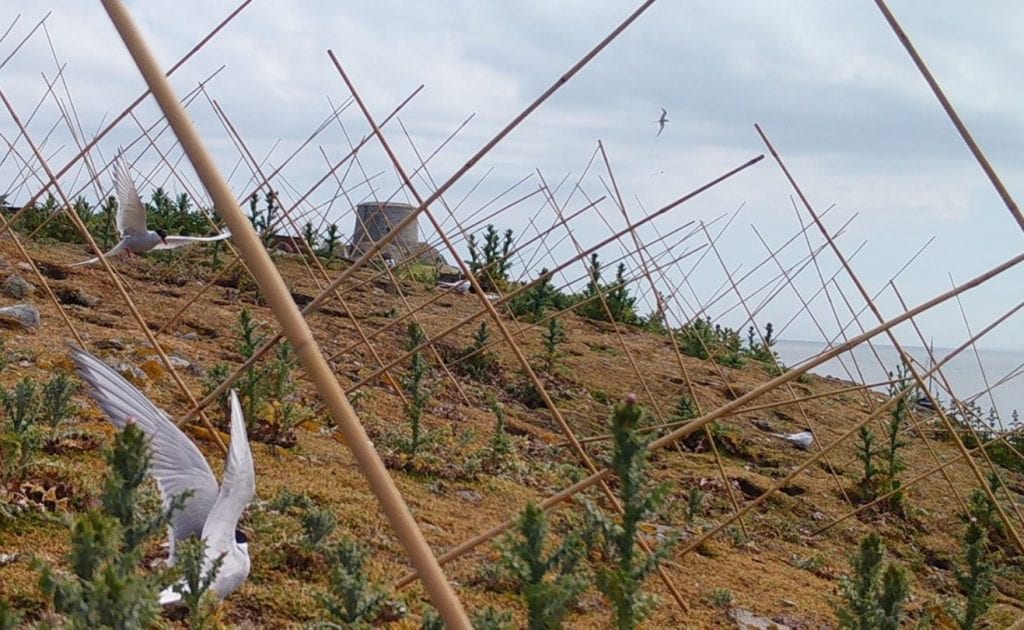 Fencing was set up around the tern sub-colony on Dalkey Island. Nest boxes, which function as chick shelters, were rearranged. Gravel was added to boxes and likely nesting spots on Maiden Rock.

The chick shelters on Dalkey Island are a little bit more avant garde. They consist of 75 cm lengths of pipe. This length will hopefully prevent and gulls and corvids gobbling up the chicks. 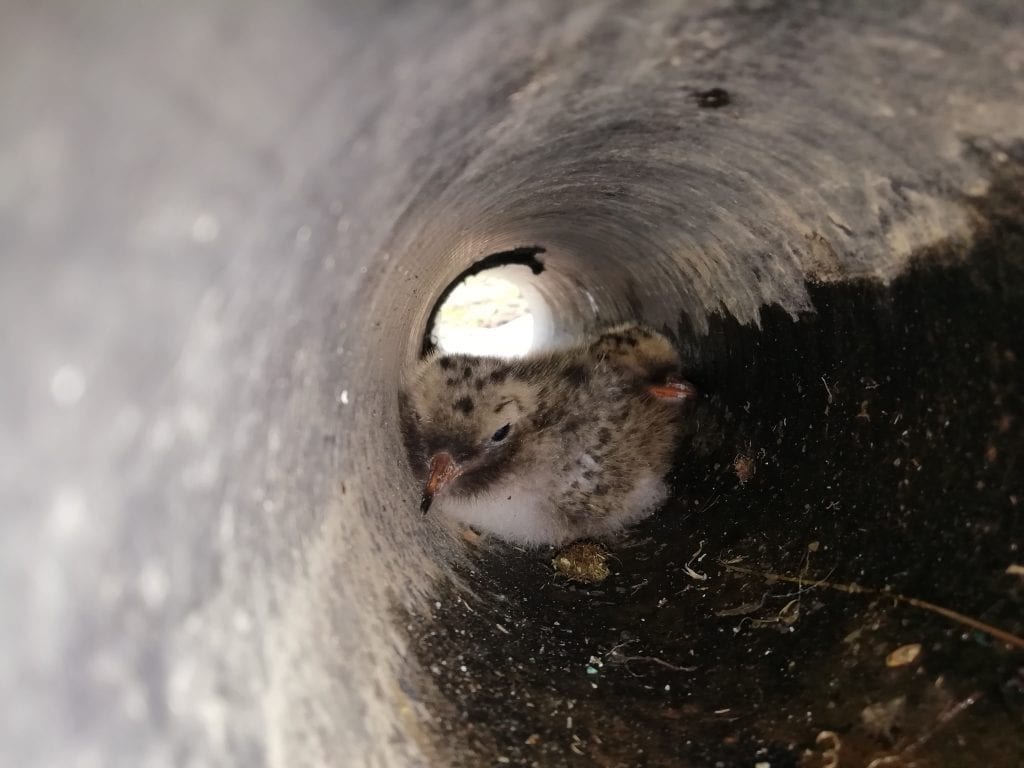 The next visit on the 26th of May was when the egg-citement (sorry!) really began, with 13 nests recorded on Lamb Island and 6 on Dalkey Island. 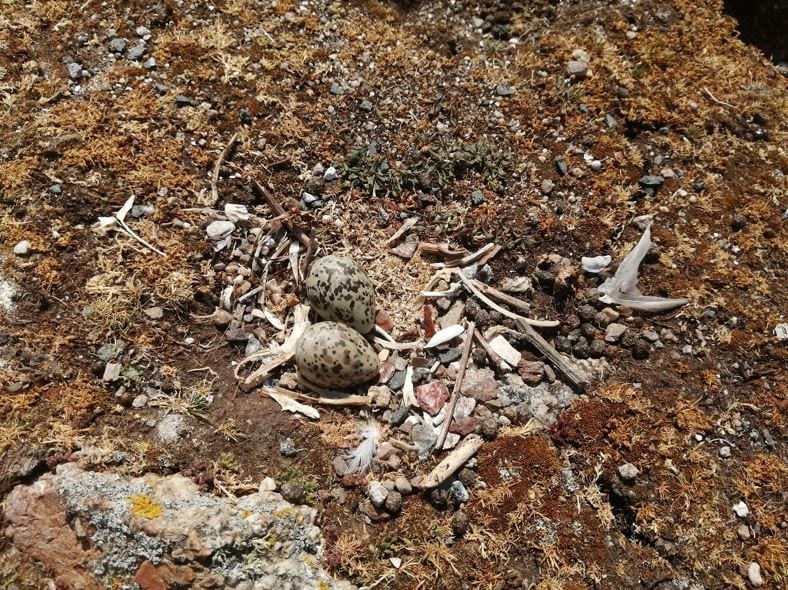 Between the 2nd and 16th of June, 26 nests were found on Dalkey Island, of which 25 were still active on the 16th, more than triple the 7 nests recorded across Dalkey Island last season!

The first Arctic Tern chick of the season was recorded on the 8th of June, with a second egg in the clutch hatching. 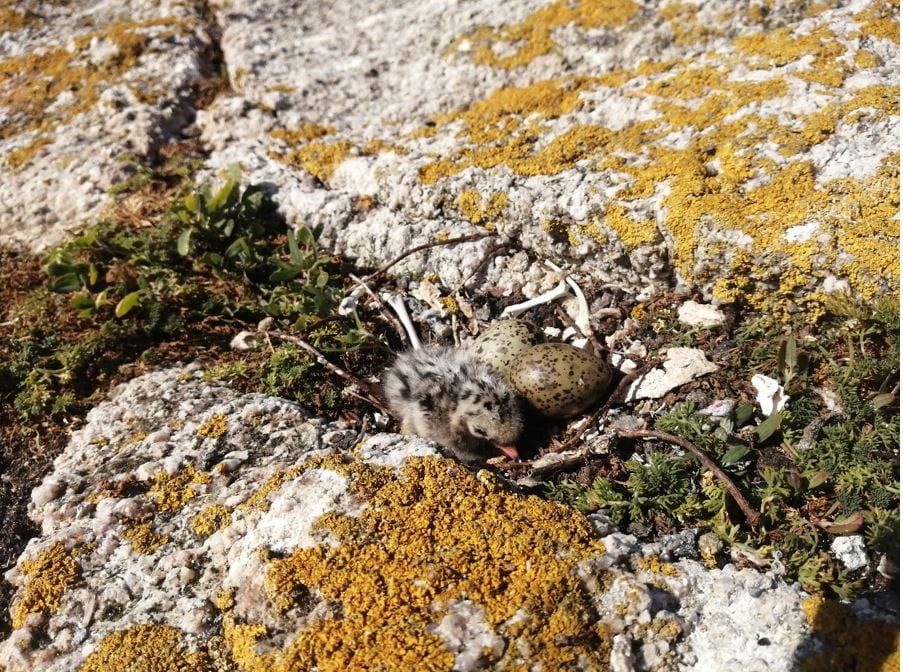 A tiny beak can be seen poking out of the darker egg! (Photo taken under NPWS licence).

Lamb Island is also faring well, with 19 active nests recorded. Unlike last season when only Arctic Terns nested on the island, at least two Common Tern pairs have been spotted on Lamb Island. Chicks were first recorded on the island on the 11th of June and are getting bigger and bolder by the day. 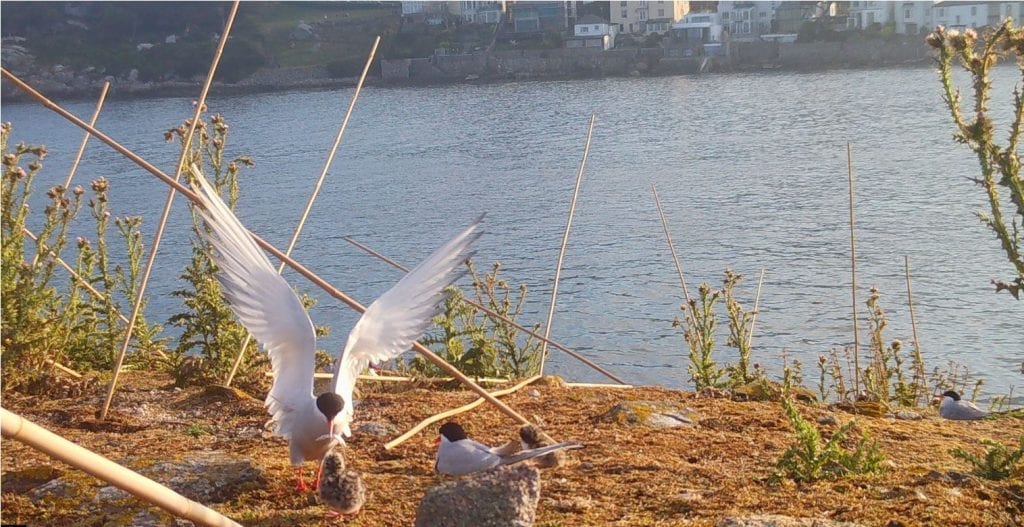 A total of five tern nests (both Common and Arctic) and two Oystercather nests have been recorded on Maiden Rock this season. During the third nest census I was surprised to find that in addition to tern eggs one nest now also contained two Oystercatcher eggs! 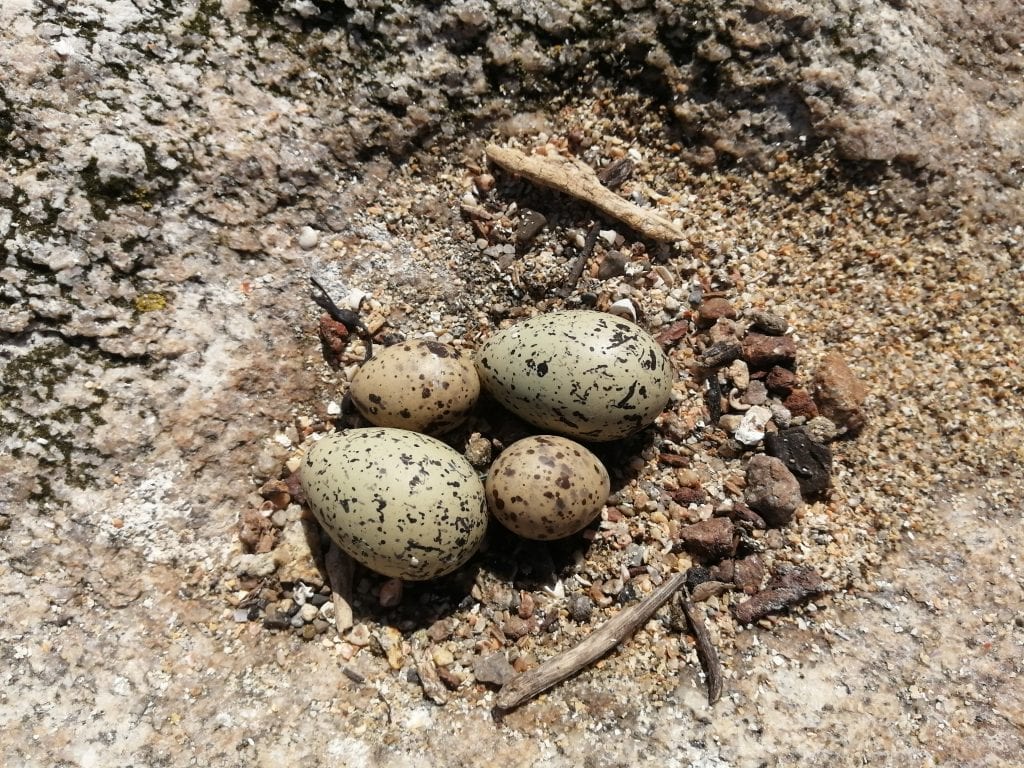 Unfortunately however, between the 3rd and 4th nest censuses a combination of predation and sea surges resulted in all but one tern nest failing on this small island. Our fingers are crossed for this final pair!

On Dalkey and Lamb Islands though, things are looking bright for the small tern colony. We’re still miles from the finish line, but Arctic and Common Terns are super-star parents! Just ask the Jackdaw below and this very bruised field worker, about the lengths these birds will go to, to protect their young! Although nothing is certain in conservation, the chicks at least are in a safe pair of wings. 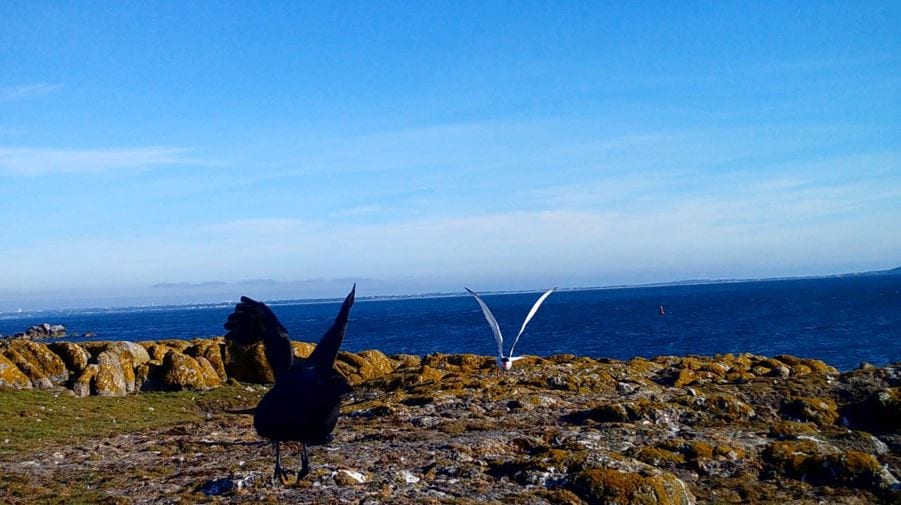 Arctic Tern chasing a Jackdaw off of the colony. (Photo taken under NPWS licence).