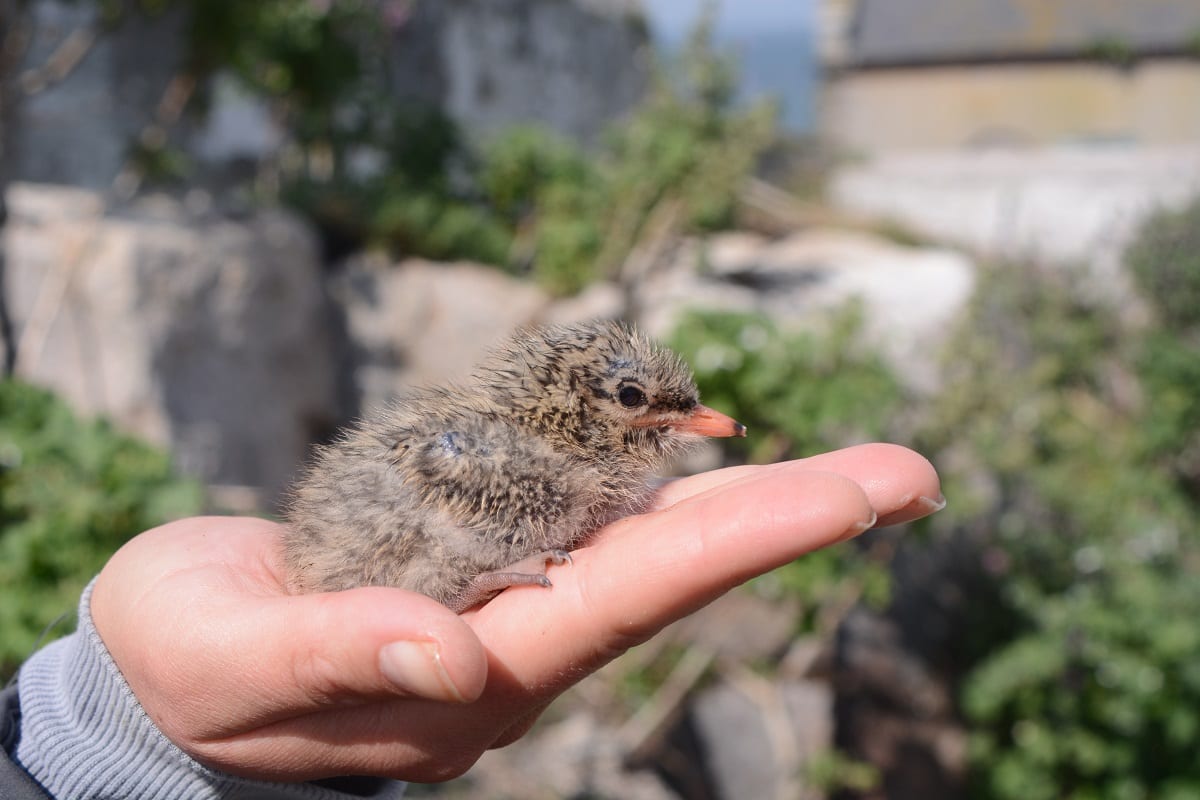 We have chicks! As of the 6th of June, both our Roseate Tern and Common Tern eggs have started hatching. After weeks and weeks of looking in hundreds of boxes every day, one of our wardens was excited to come across the first very fluffy, very small Tern chick of the 2020 season!

The first Roseate Tern chick of the season, safely tucked away in a nestbox – June 2020 (photo taken under NPWS license).

After a month of ‘relaxing’ ring reading, scaring gulls and nest checks, we are now in full swing of the busy season. Over the next six weeks, wardens will ring every chick on the whole island, check nests for new hatchlings, weigh and measure chicks daily, record when and and what they’re being fed, all while still keeping those pesky gulls away!

As each chick hatches, they are temporarily borrowed from mum and dad, weighed, their wing length measured and are fitted with a shiny new bit of jewelry. While being the height of fashion, and absolutely de rigueur for every discerning young tern, this small metal band is also useful to us humans. Each band is inscribed with a unique code that will be used to identify this tern for the entirety of its life. When it returns to Rockabill in a few years to breed, we will know exactly how old it is, where it came from and even be able to identify which box it hatched in! 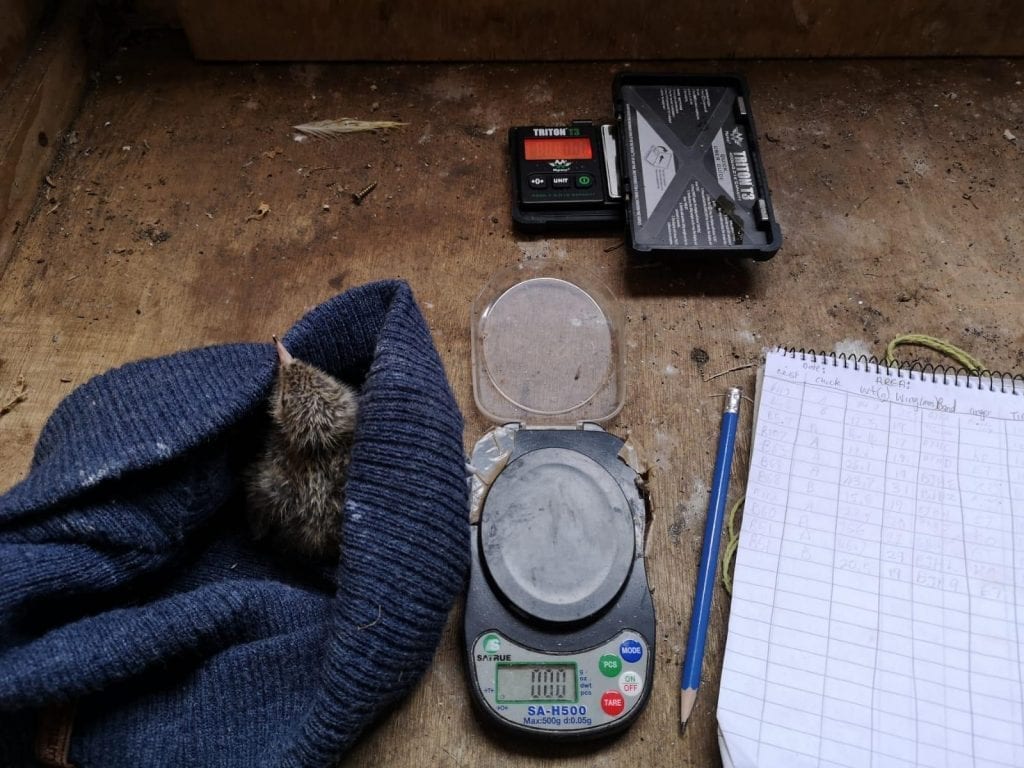 The Rockabill wardens will weigh and measure the tern chicks to monitor their growth – June 2020 (photo taken under NPWS license).

That’s not all either, with a bit of help from birdwatchers both locally and globally we get information coming in from people who’ve seen our terns  from as far away as Namibia, Ghana and even Brazil! This means we can get an idea of where the birds go when they’re not here hanging out with us. 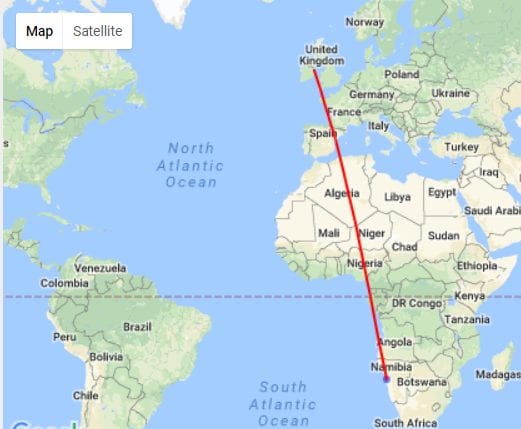 Our Rockabill Common Terns have been recorded as far away as Namibia. This kind of data can only be gathered through ringing.

It’s important to get these rings on as soon as possible, as after the chicks are a few days old, they get a bit bored sitting underneath mum and they go off adventuring into the colony proper. It’s not unusual to find chicks in wrong nests, stuck down holes or wandering along the paths. We do our best to relocate them when we can, but even when we can’t we often find other Terns looking after a chick that definitely isn’t theirs! 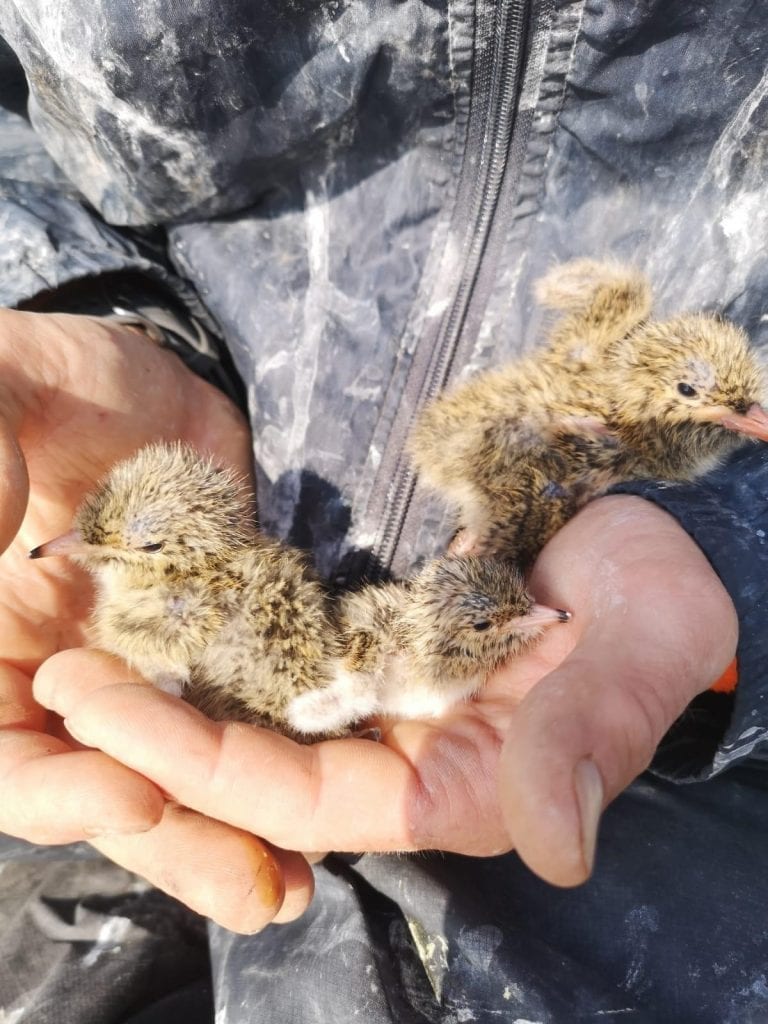 Roseate Tern chicks, about to be given a special ring so their progressed can be tracked – June 2020 (photo taken under NPWS license).

While we’re measuring, ringing and checking, the chicks are getting bigger, stronger and growing the feathers they’ll need to fledge. In a month they’ll be flying, and not long after they’ll be off.

Next job is to get every chick on the whole island ringed, but that’s a story for another day…