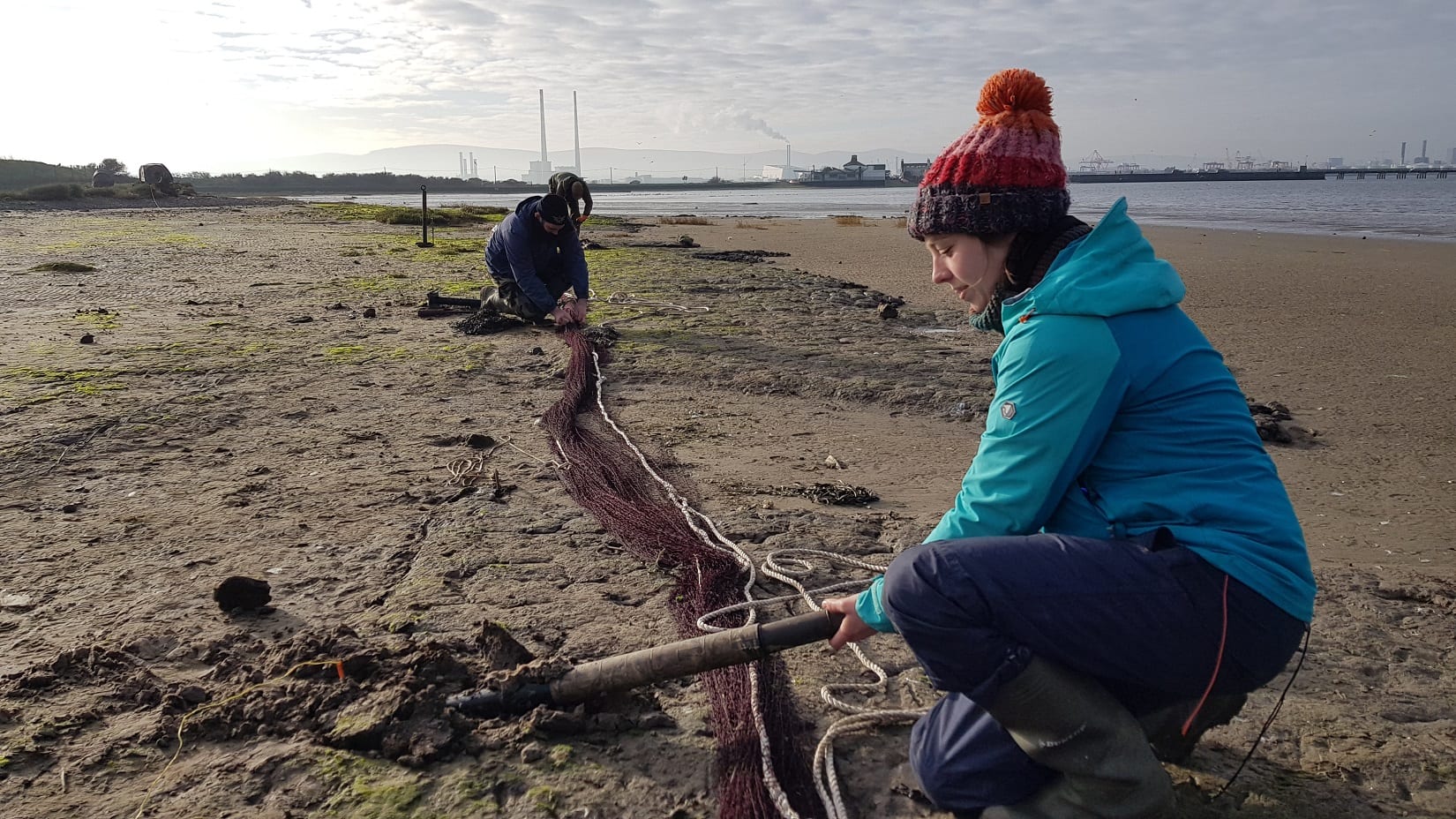 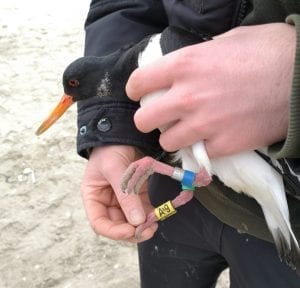 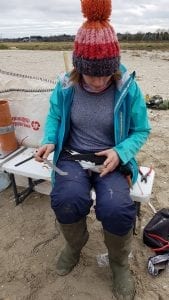 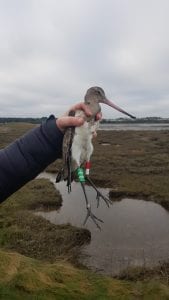 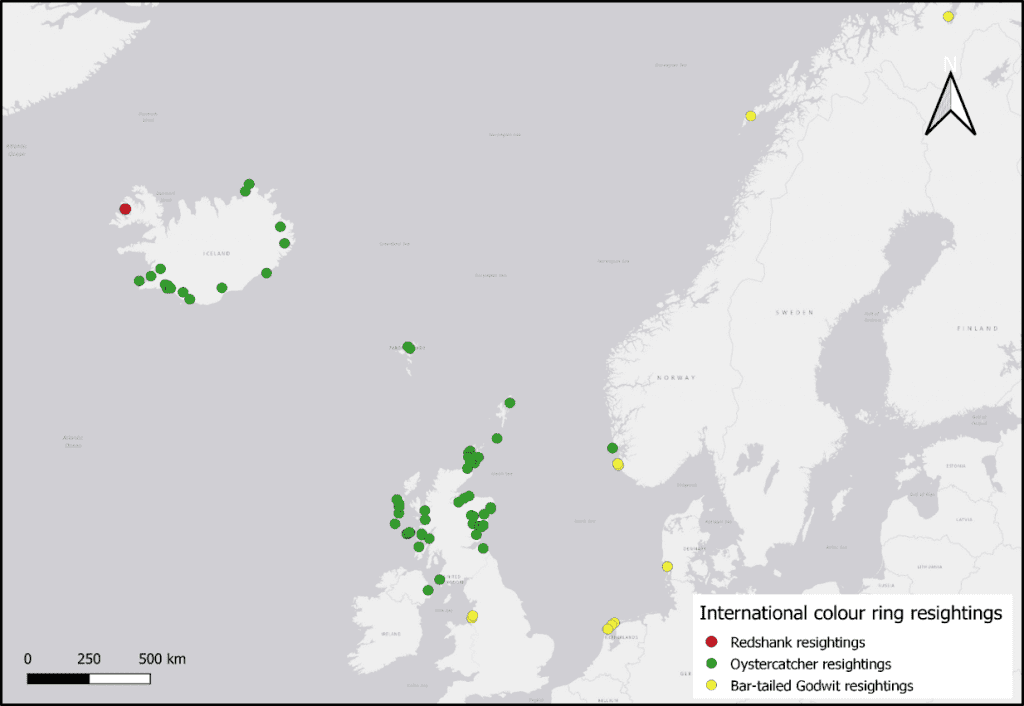 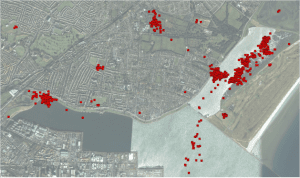 In addition to the valuable data generated by marking and tracking birds, valuable connections and collaborations with scientists and ring-readers across the flyways of these waders are created. Our January activities have crossover with several international projects. This summer, we expect that some of our marked Oystercatchers will be observed in Iceland by the Icelandic Oystercatcher Team (University of East Anglia, South Iceland Research Centre, University of Iceland), in the same way that we see Icelandic-ringed birds in Dublin Bay.  This nice blog ‘Wader Tales’ by Graham Appleton summarises some of the Icelandic work and its connections with Ireland.

And one of the Dublin-ringed Oystercatchers ‘XN’ has already been seen on its breeding ground in Scotland  (5TH February 2020) by our valuable observer John Bowler of the RSPB … the fourth year in a row!

Ongoing international projects on Black-tailed Godwits and Knot allowed us to borrow and deploy their colour schemes on the 23 Black-tailed Godwit and single Knot that we caught in January, with thanks to Pete Potts (UK) and Jim Wilson (Norway), respectively for allowing us to use those. We hope the resightings to come from these birds across the flyway will enhance on-going work for these researchers.

The January 2020 cannon-netting was a massive effort by a brilliant team (just some of which is pictured below). In particular, thanks to our super-skilled cannon-netters, Ewan Weston and Kenny Graham, for parachuting in for the few days to put their skills and gear to great use, and to Kendrew Colhoun for key logistical support and assistance with licensing and equipment.  There was also a huge effort from dawn ‘til dusk by an outstanding and enthusiastic team of volunteers, licensed ringers, NPWS and BirdWatch Ireland to get it all done. It was a great, and really quite rare, opportunity for the team to get to see several species of wader up so close. 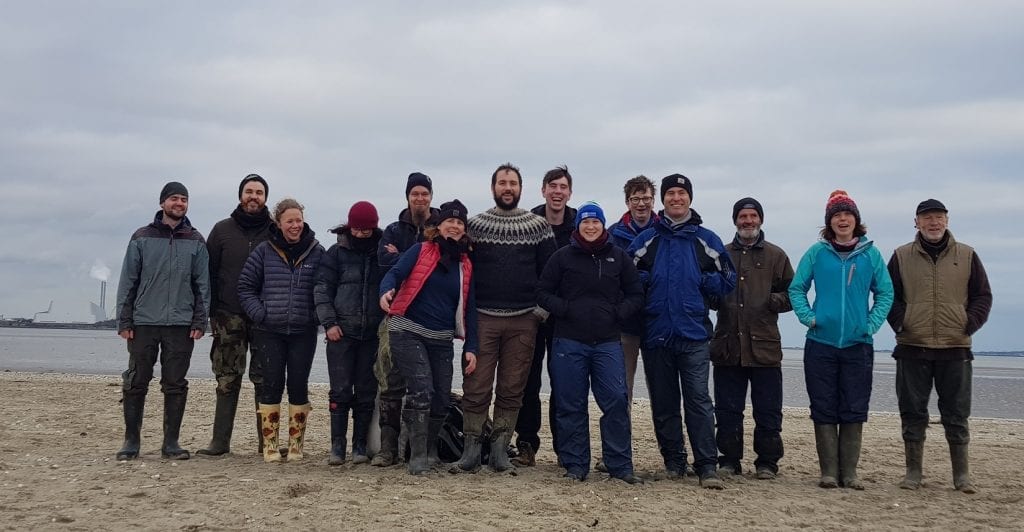