The draft Forestry Bill and public participation in decision making 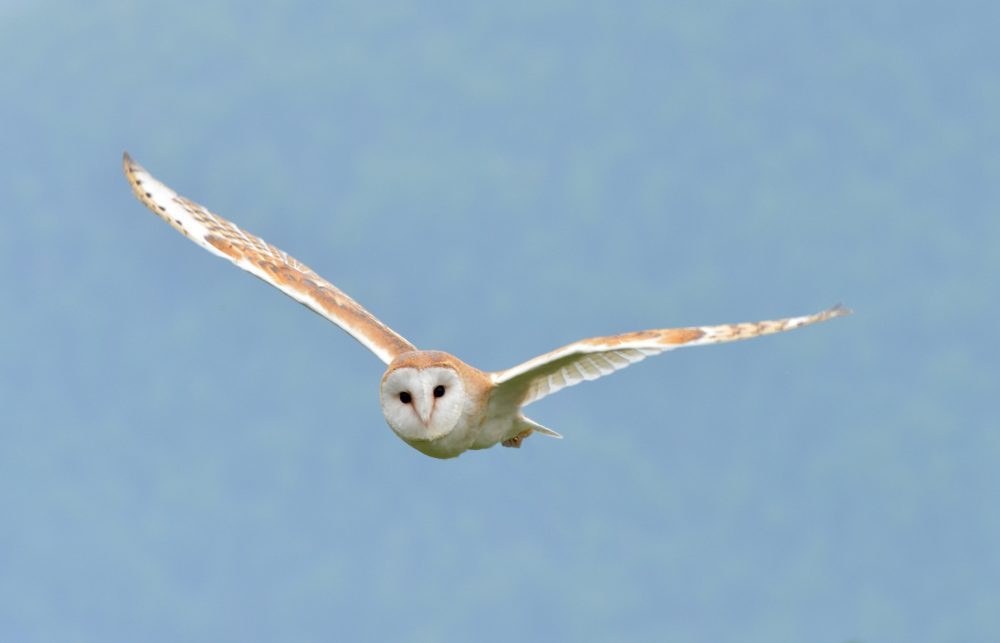 On the Friday of the August Bank Holiday weekend 2020, a 28-day public consultation was announced by the Department of Agriculture, Food and the Marine on a draft Forestry Bill. BirdWatch Ireland has many concerns about this Bill and how it could potentially limit the ability to protect wild bird populations and other biodiversity due to proposed changes to the right to appeal forestry decisions. You can read our submission here. But there’s more to this Bill.

In this article we raise the topic of effective public participation, our experience with it, or not, at a national level in forestry policy development, the current impacts of forestry on wild birds, and all within the context of the draft Forestry Bill.

Public participation in environmental decision-making is key, especially for those who are affected by the decisions. The preamble of the Aarhus Convention, to which Ireland is a signatory, states that “…improved access to information and public participation in decision-making enhance the quality and the implementation of decisions, contribute to public awareness of environmental issues, give the public the opportunity to express its concerns and enable public authorities to take due account of such concerns”[1]. Wild birds don’t have a voice or a vote at the decision-making table and so BirdWatch Ireland actively participates in high level strategic policy development in order to make sure that those voices are heard. We also engage at project level where developments may impact bird populations, habitats or important sites. 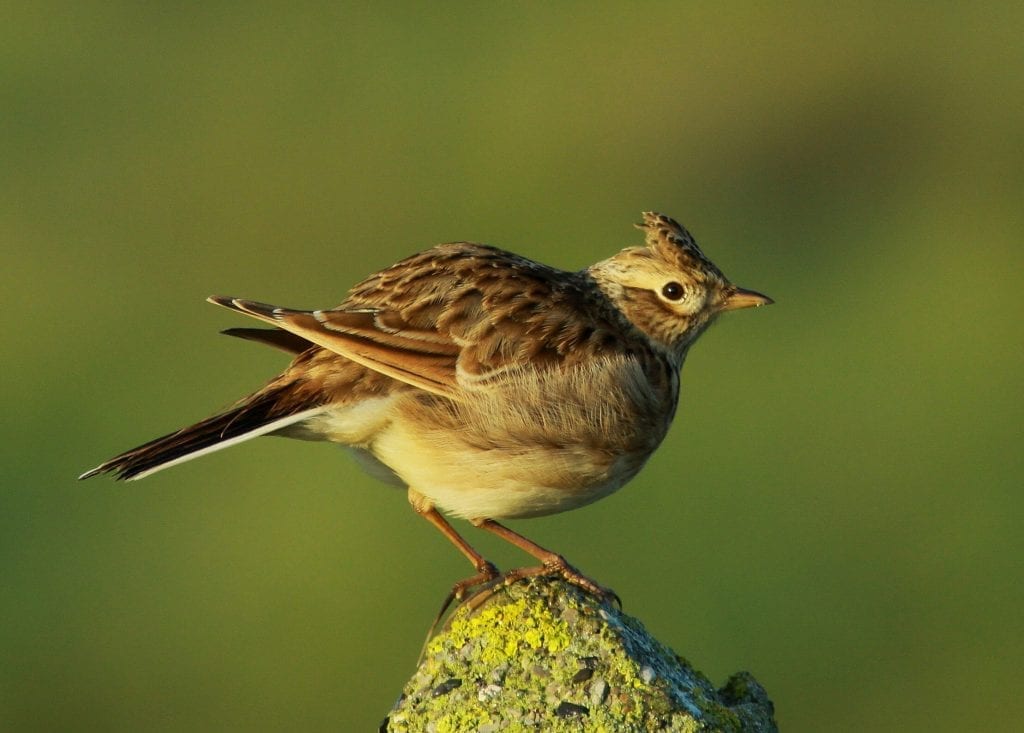 Skylark is a red listed species of conservation concern

Forestry policy is led by the Forestry Programme 2014-2020 and various sets of legislation and underpinned in 2014 by an estimated budget of €262 million of taxpayers money. In the years before the development of this programme and since, BirdWatch Ireland has invested a significant amount of staff time in constructive advocacy to ensure the best outcomes for wild bird populations. We have made submissions to every public consultation on forest policy and guidance documents (bar one). Every year, we have participated in meetings (too many to count) of the various Forest Service stakeholder groups, and with ministers and government officials, and we have written a report with recommendations on how afforestation processes and practices can be improved (Greening Irish Forestry Report). We work hard to be constructive, to find solutions and to help create forestry policy that works for everyone, but especially for threatened wildlife.

Forestry can be done well or it can be done badly. One would have hoped, considering the amount of time and expertise invested and with the science to back up our position, that we would be witnessing better outcomes for birds and a hopeful future to restore populations.

In 2017 there was a mid-term review of the Forestry Programme. We raised concerns on its failure to protect some of our most vulnerable bird species and provided a list of recommendations in our 20-page submission. We also expressed concerns about the consultation in a letter. Despite all of our concerns raised, imagine our frustration when we saw these inaccurately recorded and dismissed with partial, incomplete and inadequate responses in the final Review, not to mind no change in the activities of concern to us. 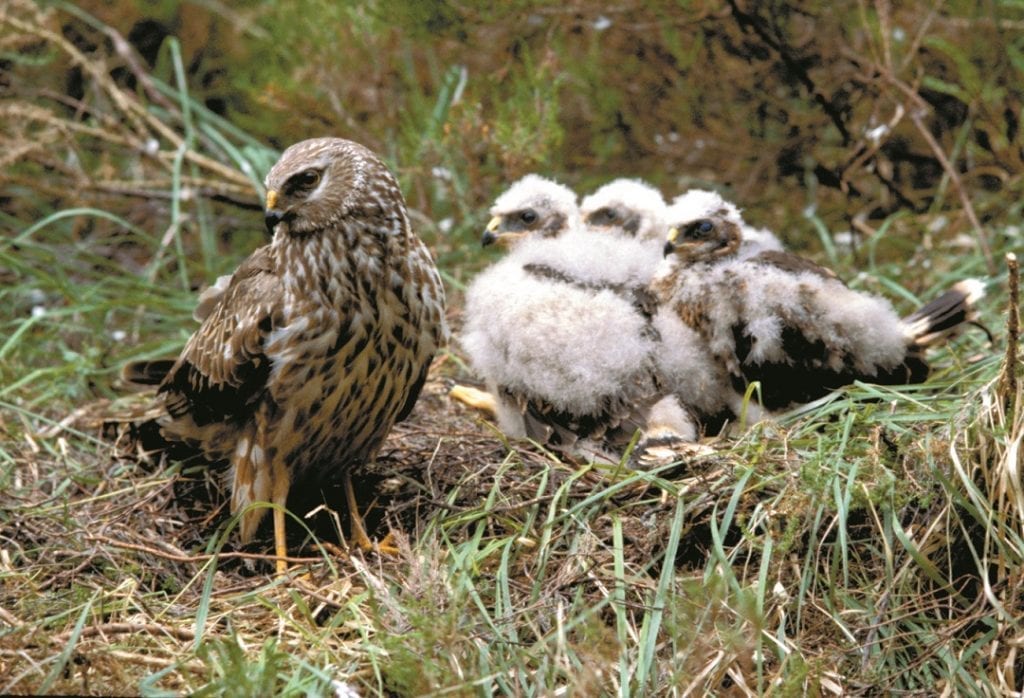 Hen Harrier with chicks on grassland

According to the NPWS, forestry is a pressure or threat on almost 30% of the habitats and over 15% of species protected under the Habitats Directive[2]. Research published in 2020 by Irish scientists shows that “areas prioritised for afforestation have coincided with regions where the highest species richness of threatened birds occurs”[3]. Curlew, Lapwing, Twite, Whinchat and a range of other lowland farmland birds are known to breed in areas of high nature value in the wider countryside, and their populations have crashed (see Figure 1 below) in the last 40 years with loss of habitat the main reason.

The plight of the Hen Harrier has been comprehensively researched and documented. The 2015 national survey found that between the 2010 and 2015 surveys, the species declined by almost 17% in the same squares surveyed, with an estimate of 108-157 pairs recorded. The Special Protection Areas (SPAs) designated for this now-rare and magnificent bird of prey, and where it should be thriving, have seen a 26% decline between 2010-2015. The SPAs have been so planted up with forestry (over 50%) that it has forced the Hen Harrier to breed in more suitable habitats outside of SPAs, where it has less legal protection and where afforestation is also targeted[4].

The Curlew Task Force, set up by the Department of Heritage following significant pressure from BirdWatch Ireland, has highlighted that habitats important for the critically endangered Curlew (down to 138 breeding pairs which is a 96% decline) are identified as suitable for planting in the Forest Service’s Land Types for Afforestation document[5]. BirdWatch Ireland and the Task Force have raised with the Forest Service that their 1km buffer zone between forestry and known Curlew nest sites in not enough to safeguard this species. 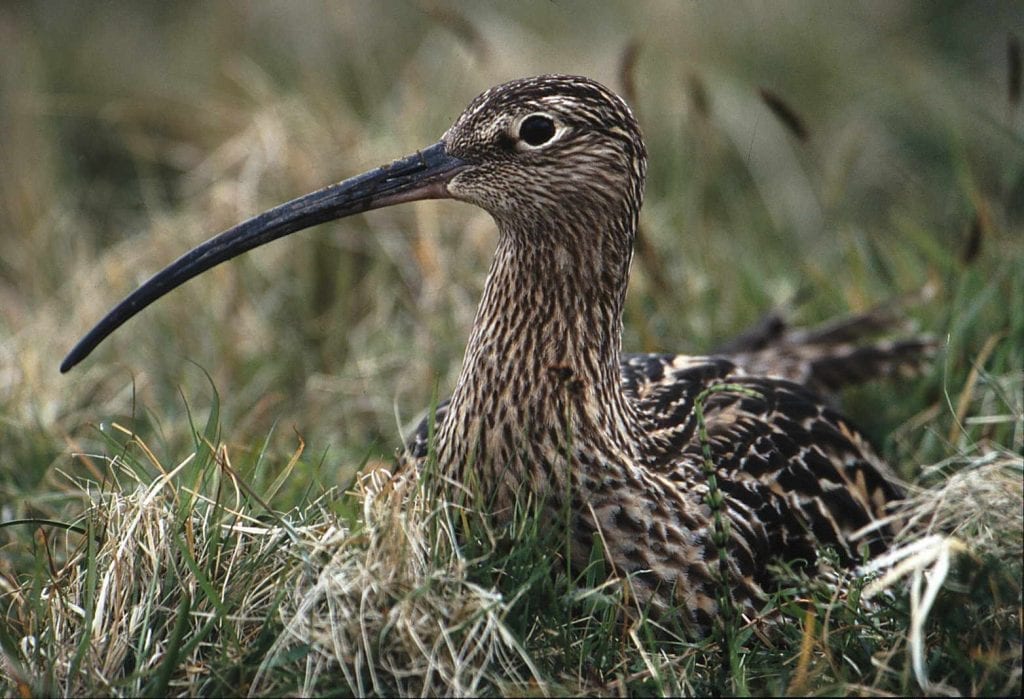 In addition, afforestation has been targeted on so-called ‘marginal’ land. This misnamed land can be of very high nature value with wildflower-rich grasslands and plant communities, ground nesting birds (Skylark, Snipe, Whinchat, Twite, Meadow Pipit, Lapwing), insects including pollinators and Ireland’s only legally-protected insect, the Marsh Fritillary butterfly. This land needs low intensity and low input grazing by livestock, but it has no statutory protection and financial incentives for farmers have not been at the same level as lucrative forestry payments. The planting of forestry is a long-term land use change and extinguishes high nature value farming on those sites. Regardless of the type of tree species planted if afforestation replaces land with peat soils, heath or species-rich grassland then the biodiversity that live there is lost. Location matters. Our mantra at BirdWatch Ireland is the Right Tree in the Right Place under the Right Management.

Our recommendations have not been heeded. With afforestation posing a significant threat to biodiversity and with constraints to voices being heard at policy development level, the only recourse for people to have their say has been complaints to the European Commission and objections and appeals to afforestation and felling applications. Some individuals have had to go as far as the courts to compel compliance with EU law.

Because of recent court rulings the forestry licensing system is now in a challenging position with a significant appeals backlog limiting the ability of foresters to plant and fell trees. This has forced the Forest Service to sit up, take notice and effect change.

If concerns had been addressed and recommendations incorporated the Forest Service may not have found some forestry decisions under question in the courts. If there is little serious engagement with environmental stakeholders and the public on developing policy and its implementation, then it’s left to the disruptive means of court battles to ensure that the right thing is done. BirdWatch Ireland is not in a position to go to the courts due to financial constraints and because the legal system creates substantial risk of adverse costs for an organisation like ours. In essence, we could lose everything if we lost a case. So we are very grateful to those individuals who have forced the government to comply with EU law and for the countless people who have appealed forestry decisions. 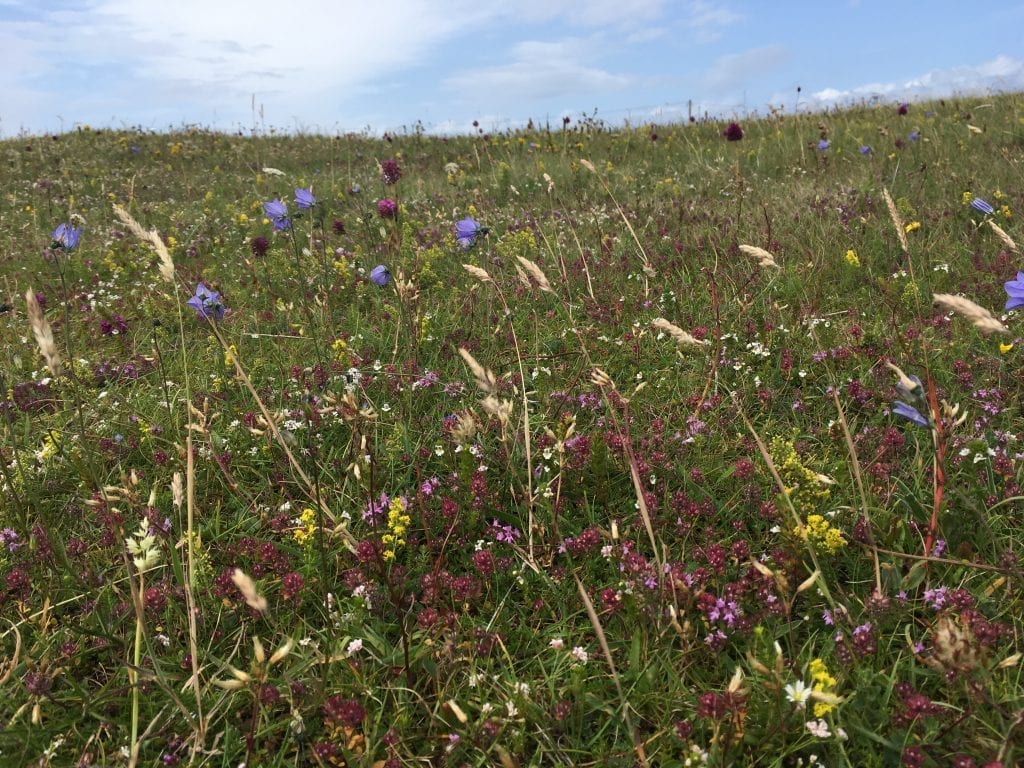 So, where does the draft Forestry Bill come in? It proposes significant changes to the licensing system and we are very concerned that it will create barriers to public participation and limit that safety catch of the ‘right to appeal’ due to prohibitive charges, and new, tight, definitions of who can have their say and when. We do not support such barriers. You can read our submission here.

If the appeals and the court cases have been successful, is it not all done and dusted you might ask? In recent weeks and as a result of court cases[6], the Forest Service has published new guidance on with EU law and is hiring a swathe of ecologists to assess applications. This is good news. While these changes will have delivered on some of our ‘asks’, significant gaps remain including on the protection of non-designated high nature value habitats which is home to those threatened birds. But also it all comes down to the implementation of the law. Scrutiny of applications will be critical to ensure that they meet the strict requirements of EU law and protect nature. If there are barriers to appeal then bad practice could prevail and we will lose more of our biodiversity.

National forestry policy has not worked for the biodiversity that we have. A new forestry programme is in the pipeline but it could very well continue to fail our biodiversity even with a biodiversity emergency declared by politicians. The much-loved Curlew may go extinct as breeding species here in the next 5-10 years. We need all tools to hand to tackle this emergency.

[4] The Hen Harrier Threat Response Plan which is supposed to address these issues and more is two years in draft form and has not been published by the Minister for Heritage.

[6] It should be noted that European Court of Justice ruling C-323/17 which forced the new changes in AA processes in the forestry was made in 2017.