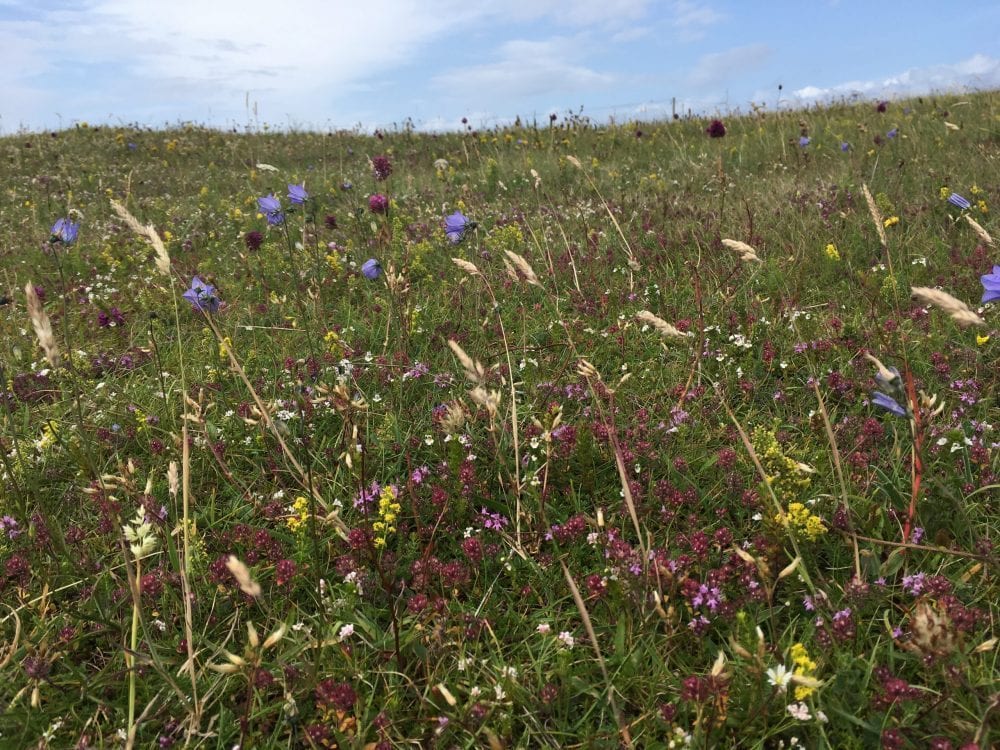 BirdWatch Ireland staff have engaged every step of the way on the development of a new Common Agriculture Policy (CAP) for the period 2023-2027. Agriculture policy funded through the CAP has driven losses of farmland birds and other biodiversity in Ireland and its transformation is critical if we are going to address the biodiversity and climate crises and critically to support farmers in that transformation.

From campaigning and advocacy on the CAP regulation itself in Ireland and Brussels through to countless meetings to improve Ireland’s actual CAP Strategic Plan for farmland birds, other biodiversity, climate and water quality, it has been an intense journey of highs and lows for BirdWatch Ireland staff.

On Wednesday February 9th, we will meet with members of the Joint Oireachtas Committee on Agriculture and the Marine. Read our statement here.

Most significantly, we held several meetings  in the last quarter of 2021 with Minister McConalogue, Minister Hackett and officials in the Department of Agriculture in our own right and as representatives of the Environmental Pillar at the national CAP Consultative Committee. We also met with officials of the National Parks and Wildlife Service. Our goal was to ensure that the CAP plan included strong measures for breeding waders, and more targeted support for Barn Owls and farmland birds including in the proposed new results-based Cooperative Project agri-environment scheme. Our farmland bird hotspot mapping project has been incredibly useful in this regard as it has provided an important evidence base to indicate important areas for birds.

The budget for Ireland’s CAP Strategic Plan is €9.8 billion and we estimate that between 2-5% of it will result in effective action for biodiversity. This is poor. Much greater support and targeting of actions and funding is needed on all farmland especially high nature value farmland and pulling the brakes on the intensification model which has caused serious environmental problems. But the CAP so far doesn’t do that. In relation to climate the CAP plan is very weak with nothing substantive to tackle high methane levels and unclear outcomes for the investment in nitrogen reduction measures. In addition, Ireland is holding off on obligatory measures to rewet peat soils on agricultural land to 2024. Considering that agriculture will have to make cuts to emissions between 22-30% by 2030, CAP is not as strong a mechanism as it should be to get us there especially because the period covered by the CAP will be 2023-2027. This is a missed opportunity to change how we do things and diversify.

It’s really important to note what we are up against. That is a heavily funded, well-tuned machine of agri-business and lobbyists that get direct meetings with European Council ministers before key decisions are made whereas NGOs like BirdWatch Ireland and BirdLife Europe are not given the same access. But we are still fighting.

The environmental indicators of 16 farmland birds red listed on the Birds of Conservation Concern in Ireland, declining water quality, and ballooning greenhouse gas and ammonia emissions from agriculture suggest that Irish agriculture is operating way beyond the boundaries of what our environment can tolerate. The CAP regulation agreed by all EU agri ministers is weak on environment relative to the crisis we face but it does allow member states to increase environmental ambition if they choose. Nationally, Irish government departments, agri-business, farming unions and environmental NGOs have been trying to influence the direction and actions in Ireland’s CAP Strategic Plan. In the end the government, when you consider the biodiversity crisis on farmland, Ireland has chosen small tweaks to a mostly business as usual CAP. There’s insufficient funding targeted to support farmers to move in a different direction.

But at least there will be a scheme for breeding waders now, and there will be targeting of the Barn Owl nest box measure. What remains to be seen is what the funding allocation will be in the end for these measures.

1. The land eligibility rule changes which would remove the threat of red lining of 30% of a parcel containing scrub and other habitats is good but it must be accompanied by an effective communications campaign to encourage farmers to retain these important habitats.

2. The direct payment condition (Good Agriculture and Environment Condition 8) which requires setting aside 3-4% percent of farmland as ‘space for nature’ will apply to all farmland. This is good. The CAP regulation stated that this GAEC applied only to arable land which would have meant that 95% of Irish farmland which is grassland would have been excluded from complying. The Department of Agriculture has increased ambition on this point which is welcome but small wetlands need to be added to the list of habitats and the forestry definition should apply to native woodlands only. Also, GAEC 8 requires retention of landscape features such as hedgerows but Irish farmers are allowed to remove up to 500 m of hedgerow without sanction as long as the same length is replanted before removal. This facilitation of the removal of hedgerows must stop. You cannot compare the biodiversity supported by old hedgerows with new whips. Retention of landscape features means keeping them.

3. Much greater ambition should be shown on GAEC 9 Environmentally Sensitive Permanent Grassland. The coverage should increase substantially in the CAP Strategic Plan within Natura sites. And Ireland should increase ambition by applying this condition outside of Natura sites where semi-natural grasslands have very inadequate protection.

4. Farmers can choose to go to 10% Space for Nature on farmland in the ecoscheme to get their full direct payment (25% of the total payment) but there is no requirement to improve the quality of these habitats and that is a major concern. Specialist ecological advice should be made available to help farmers improve the quality of hedgerows, ponds, wetlands and more. Unless there are measures for ‘improvement’ the state of nature will not change. The ecoscheme which includes other not very ambitious agricultural practices amounts to €1.48bn (this is almost the same funding amount as the flagship agri-environment scheme budget worth €1.5bn) which is huge money and is targeted at 130,000 farmers so if done right it would have meant considerable investment in positive environmental measures.

5. The inclusion of an Agri-environment and climate scheme measure (AECM) and EIP for waders is positive but according to BirdWatch Ireland mapping of important areas for waders and based on our direct experience with the Curlew EIP, the budget for the EIP should be in the region of at least €30million to save this group of rapidly declining red list species.
6. We welcome the proposed Cooperative Projects which builds on the results-based approach but the funding allocation should be significantly higher to ensure broader geographical scope.

7.  The Areas of Natural Constraint payment still has no linkage with environmental action and this is hugely regrettable. The Natura and Commonage AECM payments should also be linked to actions to support the conservation objectives of Natura sites and species, otherwise we it will be hard to see improvements in degraded and internationally important peat, heath, dune, semi-natural grassland habitats through the next CAP.