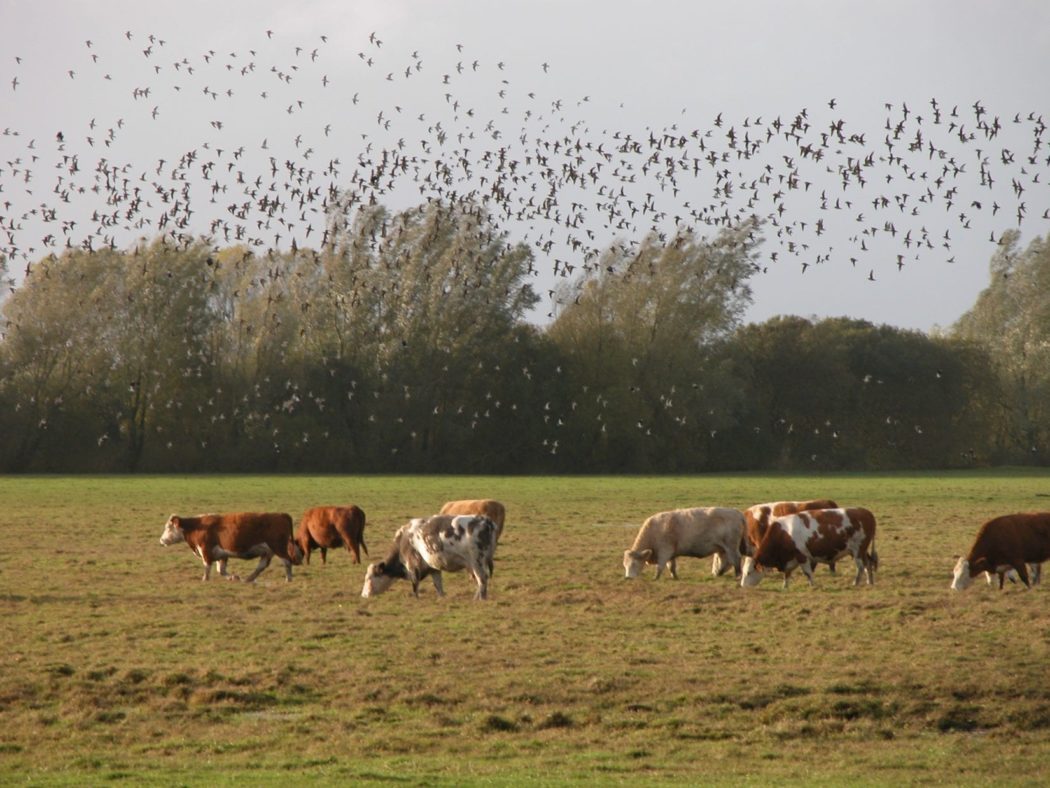 It must support farmers to address the biodiversity and climate emergency associated with agriculture.

Ireland’s draft Common Agriculture Policy (CAP) Strategic Plan will be brought to cabinet this morning for sign off before being sent to Brussels for review and approval by the European Commission. BirdWatch Ireland calls on ministers to refuse to sign off on the plan until measures that address the biodiversity and climate emergencies relating to agriculture are firmly embedded in the plan and farmers are supported in transition to more sustainable agriculture.

The spend by national and European citizens on Ireland’s next CAP for the 5-year period between 2023-2027 will be €9.8 billion. Only about 5-7% of the CAP budget will be targeted to support farmers to halt the loss of biodiversity, address pollution of our waterways from agriculture and cut growing greenhouse gas emissions.

Agriculture is the biggest driver of biodiversity loss in Ireland according to the National Parks and Wildlife Service Article 17 reports to the European Commission on the state of EU protected habitats and species. It is also the largest source of greenhouse gas and ammonia emissions and the most significant driver of declines in water quality impacting water-dependent plant and animal life. BirdWatch Ireland’s assessment of the Birds of Conservation Concern in Ireland published earlier this year found that there’s been a 45% increase in the number of farmland bird species added to the Red List of birds of highest conservation concern and this was also the fastest growing group. All 16 red listed farmland birds were common and widespread once and but even recently common species are disappearing now too. The Kestrel was once found countrywide but it has suffered a 28% decline in breeding population between 2006-2016. Its decline shows that agriculture is having a devastating impact on the ecological requirements of this species.

BirdWatch Ireland sent a submission on the draft CAP plan and environmental assessments as part of the recent public consultation. We outlined the serious issues and suggestions on what changes needed to be made.

Oonagh Duggan Head of Advocacy and one of two Environmental Pillar representatives on the Department of Agriculture, Food and the Marine CAP Consultative Committee said :

“Ireland’s draft CAP Strategic Plan financially encourages the same agriculture intensification which has resulted in environmental degradation. There are some small positive changes to support biodiversity but this is a minimalist CAP plan that supports minimum action for the environment and goes nowhere near what’s required to meet 2030 biodiversity and climate targets and reverse the damage caused by agriculture policy.”

“The government’s failure to include in the Plan a robust and bespoke scheme that halts losses and restores populations of breeding waders like Curlew, Lapwing, Snipe, Dunlin and Redshank is one of the most egregious problems with the CAP plan and undermines the States own Needs Assessment objective to halt the losses of farmland birds. BirdWatch Ireland raised this issue some time ago with Ministers McConalogue, Hackett and Noonan and still have not received any concrete assurances that an effective scheme will be put in place to help these iconic birds. It will be catastrophic if there is no scheme or a weak scheme. It must be a significant scheme with the commensurate resources supporting it.”

“The CAP contains no initiative where one could definitively say that this will result in greenhouse gas or ammonia emissions cuts from livestock. The draft CAP plan that went for public consultation also contained no projected emissions reductions and we know cuts between 22-30% are required. Not only is there no plan to address methane, the schemes to address fertilizer use are voluntary and its very unclear what take up will be like”.

“There’s no serious effort to support farmers to diversify away from predominant livestock production. There is an increase in support for organic farming but overall the plan doesn’t offer the funding or policy nudges to change direction from business as usual”.

“The message in the environmental assessments of the CAP plan was that the preferred CAP policy direction would focus on ‘the right measure in the right place’ but this is not coming through in the schemes and actions proposed. In particular in relation to water quality, the targeted and funded measures will only reach a small fraction of farmers but the problems for water quality are widespread and require corrective responses on each and every farm”.

“By the time the third anniversary of the declaration by Dáil Éireann of a biodiversity and climate emergency comes on May 9th, Ireland’s CAP plan will be close to approval by the European Commission. Unless there’s a radical shift in the plan between now and then, this declaration will be marked as utterly meaningless as Ireland will not have tackled the country’s biggest driver of environmental degradation.”