Will there be Space for Nature in the next CAP? 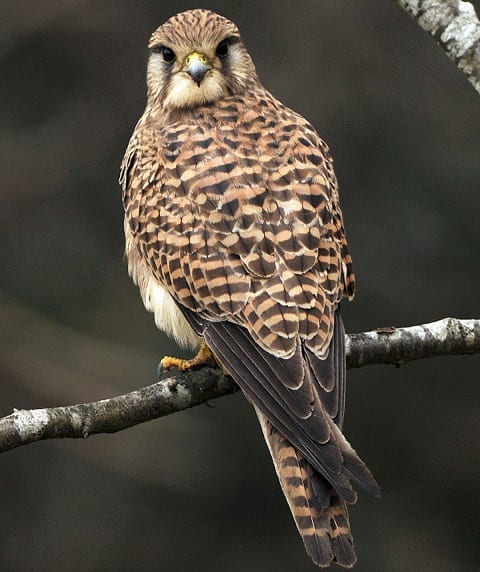 Ireland’s farmland biodiversity is in real trouble. Low impact, low-intensity farming supports rich biodiversity here but there’s not enough of it. There have been catastrophic declines in farmland bird populations since the 70s but now even recently common birds are in decline. Populations of Kestrel (in image) have declined by 28% between 2006-2016. On top of that 85% of EU protected habitats, many of which are farmed, have unfavourable conservation status with 70% of those negatively impacted by agriculture.

The next Common Agriculture Policy is supposed to bring increased environmental ambition and to ensure that public money is spent on public goods and addresses the environmental degradation caused by farming across Europe. The negotiations on the next CAP are ongoing and approaching crunch time on increasing green ambition.

This green ambition architecture is based on three levels with the foundation being the basic payment that all farmers get and the requirement that they must meet certain conditions and laws as part of the payment. These conditions are called Good Agricultural and Environmental Conditions (GAECs). Critically a new condition (called GAEC 9) was included in the current CAP negotiations which required that farmers must leave a percentage of farmland as space for nature free from agriculture production.

Space for nature could be wet grassland patches to support breeding waders and butterflies on cuckoo flower of wider field margins with wildflowers, hedgerows, patches of native woodland or scrub and more. On a landscape scale it would make a difference.

However, in October 2020 with the stroke of the pen Agriculture Ministers and the European Parliament decided to exclude grassland farms from GAEC 9 meaning that 95% of Irish farms would not have to meet this condition. As the text currently stands, this will only apply to arable farms.

This is unacceptable. BirdWatch Ireland calls on the Irish Government and the European Commission to ensure that all farms are included in GAEC 9 in the final CAP deal.

Throughout 2020 BirdWatch Ireland campaigned for at least 10% space for nature on all farms which is in line with the EU Biodiversity Strategy goals. Studies from across Europe show that if a minimum of 10-14% of agricultural land were to be non-productive, then birds, and other wildlife, would recover but at landscape level, 26-33% may be required for recovery (See our campaign briefing for references). Clearly many High Nature Value farms in Ireland do a lot more and this would be recognised in the other layers of green architecture structure and with additional financial incentives. But now we are in the worse-case scenario where the majority of Irish farms will not have to do the minimum for nature out of the funds they receive in the basic payment.

If the Irish government and the Commission do not change this condition to apply to all farms and to increase the ambition, we are looking at Ireland having a very weak foundation for the rest of the green architecture; Ireland will not meet its goals for biodiversity recovery and it will create disharmony among farmers due to lack of equality in requirements.

In November 2020 a group of Irish scientists got together to examine the CAP deal to give their views to an EU-wide report ‘The Common Agricultural Policy post-2020: How can science help make it work for biodiversity?’ published in March 2021. The Irish scientists report which included BirdWatch Ireland’s contribution is here.

In the Irish report the scientists said ‘Restricting requirements for GAEC 9 to arable land will not enhance baseline conditionality in the Irish context due to the relatively small area of arable land. It will also create very significant coherence problems in designing eco-schemes and agri-environment schemes (the other layers of the green architecture) under the no-double-funding rule. To ensure there is a minimum level of green infrastructure across all farms, as in the Commission’s draft proposal, GAEC 9 should be extended to all farms including grassland farms’.

They go on to say that ‘The majority of Irish farms have more than 5% semi-natural features with no fertiliser or pesticide application’ with some higher percentages in some sectors and areas. As it currently stands instead of farmers being required to do the minimum for nature in the conditionality, we will need to pay more to hold on to the minimum in the next layer of the architecture -the EcoSchemes. Even then, farmers will have a choice of EcoSchemes and improving habitat quality nature might not be their choice. There is no incentive therefore to increase environmental ambition as part of the basic payment which is where most of tax payers CAP money is spent and worse our biodiversity will lose out overall.

Even if we set the baseline at 5% on all farms, biodiversity would be better off than where we are now but the science shows that 10% is the minimum needed.

The exclusion of grasslands also creates difficulties for the design of EcoSchemes and agri-environment scheme measures if some farms (arable farms only) are required to maintain a share of non-productive land as a GAEC condition and other farms are paid for this under eco-schemes.

The EU Green Deal promised to address the environmental degradation which is an ‘existential threat to Europe and the world’. Vice-President Frans Timmermans stated that governments must operate within planetary boundaries. All the environmental indicators show that Ireland has overshot these boundaries. Instead of addressing this, a failure to include all grasslands in GAEC 9 will make it significantly harder to address the Dáil declared biodiversity emergency. It’s time for the government to step up and build alliances with other member states, the Commission and the Parliament to push for grasslands to be included, increase the ambition to 10% and to cut out productive elements from this condition.