May 12, 2020
Birds of PreyNewsPolicy and Advocacy 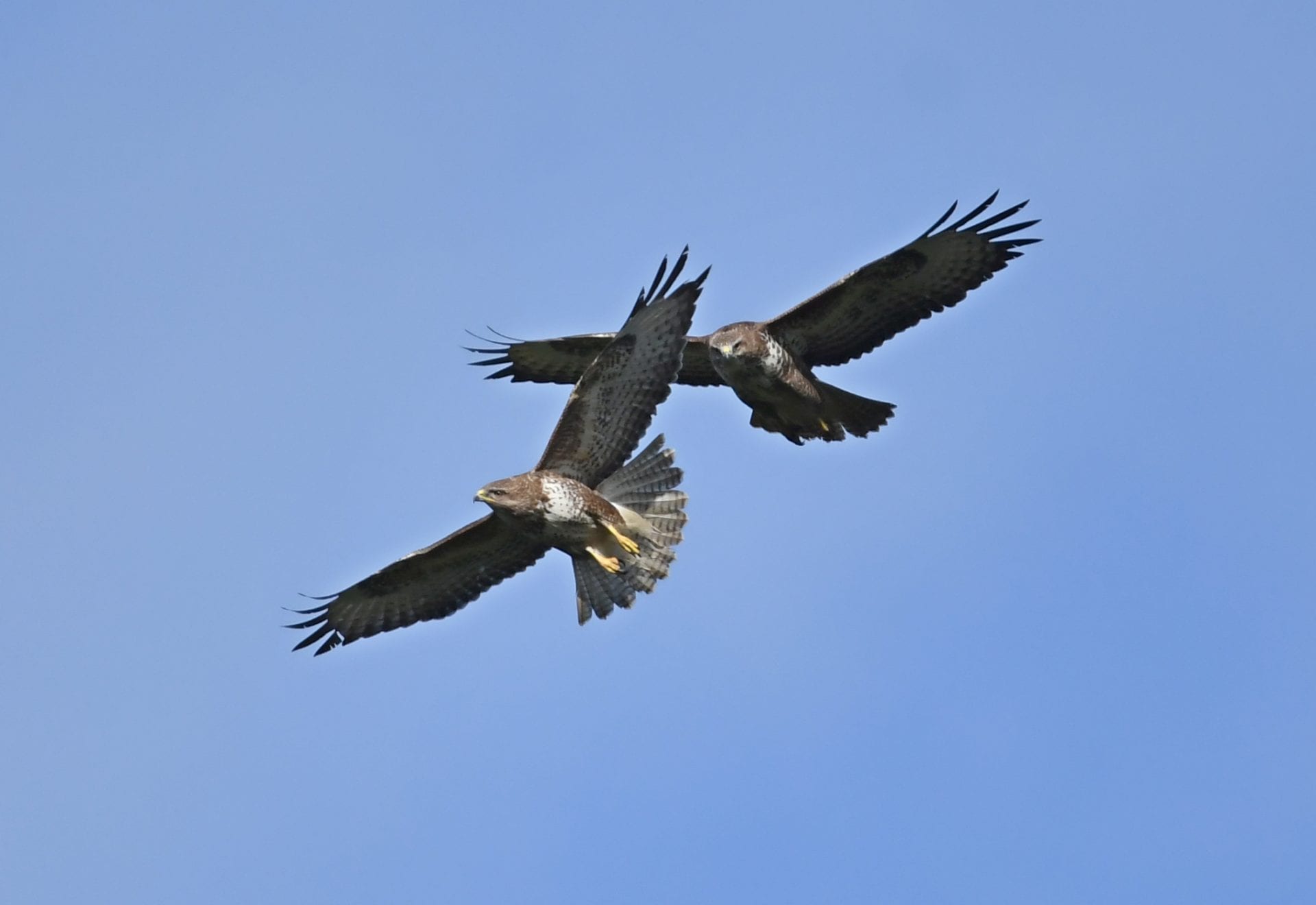 BirdWatch Ireland strongly condemns the most devastating poisoning incident of birds of prey recorded in this country and calls for immediate action to tackle wildlife crimes.

BirdWatch Ireland is utterly appalled at details which have emerged of the largest poisoning incident of birds of prey in decades. The devastating mass poisoning of Buzzards occurred near Timoleague in County Cork late last year, the details of which have only now come to light. The conservation organisation has learned that 23 dead Buzzards were recovered at the scene last December and were sent for testing under the Raptor Protocol, which subsequently confirmed that all had died due to ingesting the highly toxic and banned substance, Carbofuran. 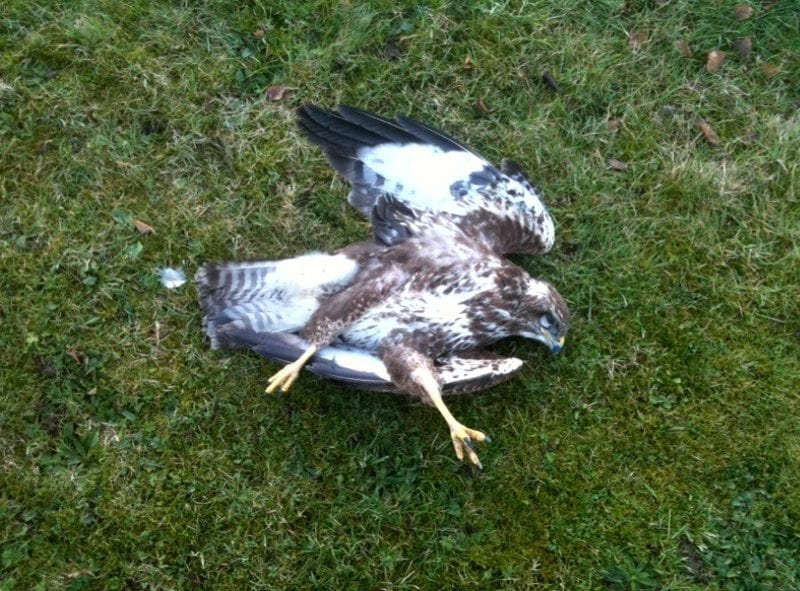 A poisoned Buzzard from a previous incident in Ireland.

The scale and devastation of this incident is like no other in recent decades and is the single largest poisoning incident of birds of prey since the legislation was amended to ban the use of poison meat baits in 2010.

The targeted use of bait laced with poison to kill protected birds of prey remains widespread and one of the most common substances used is Carbofuran, despite being banned. This incident follows the death of Mary, a satellite-tagged Hen Harrier, last November, also illegally poisoned, also by Carbofuran.

Buzzards are fully protected in Ireland under the EU Birds Directive and under the national Wildlife Act 1976 (as amended), to kill or injure one is a criminal offence. Driven to extinction in Ireland by the early part of the 20th century, the Buzzard’s natural re-colonisation after a significant absence is one of the true conservation success stories of recent decades. However, the issues responsible for the Buzzard’s initial disappearance from Ireland have unfortunately not disappeared. 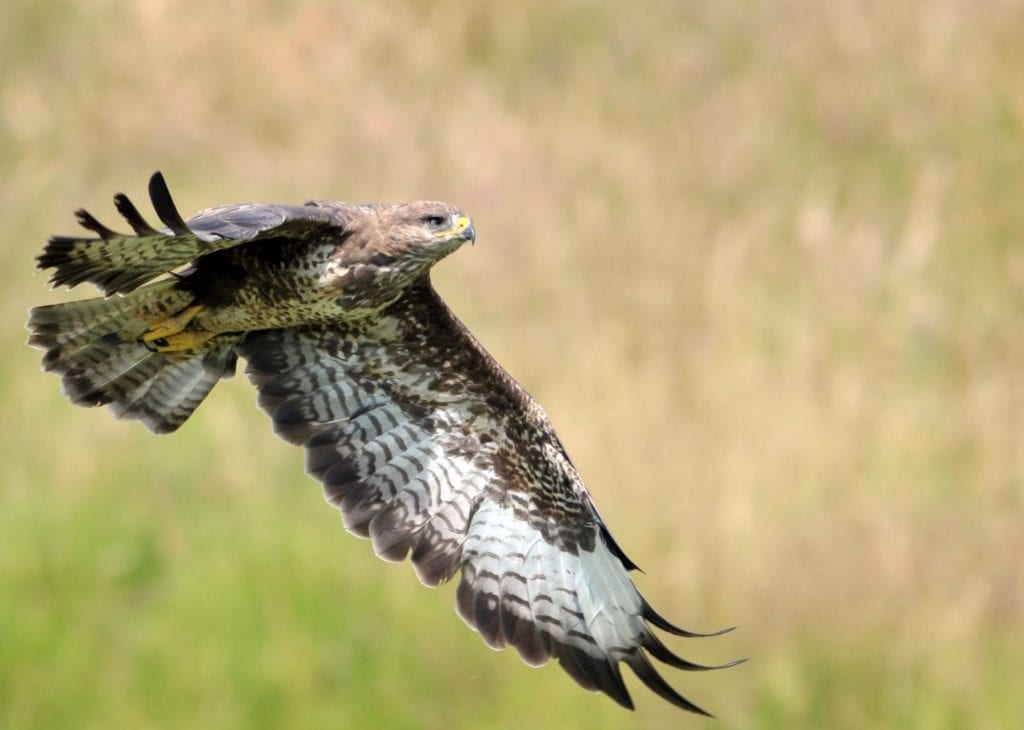 BirdWatch Ireland understands that an investigation was carried out by the National Parks and Wildlife Service (NPWS), but that similar to the vast majority of illegal killings of raptors, those responsible were not held accountable.

BirdWatch Ireland urges the Minister for Culture, Heritage and the Gaeltacht Josepha Madigan and the NPWS to condemn this horrific and illegal act, as thus far, despite this incident occurring over four months ago, there has been no official statement. This lack of response demonstrates that such incidents are not being taken seriously and sends the message that such heinous acts can be carried out with fear of reprimand.

This incident, along with the countless other similar horrific poisonings of birds of prey (including the poisoning of Mary the Hen Harrier in Meath in 2019 after flying over from the UK), demonstrates that current efforts are simply not sufficient in stopping the persecution of our birds of prey. 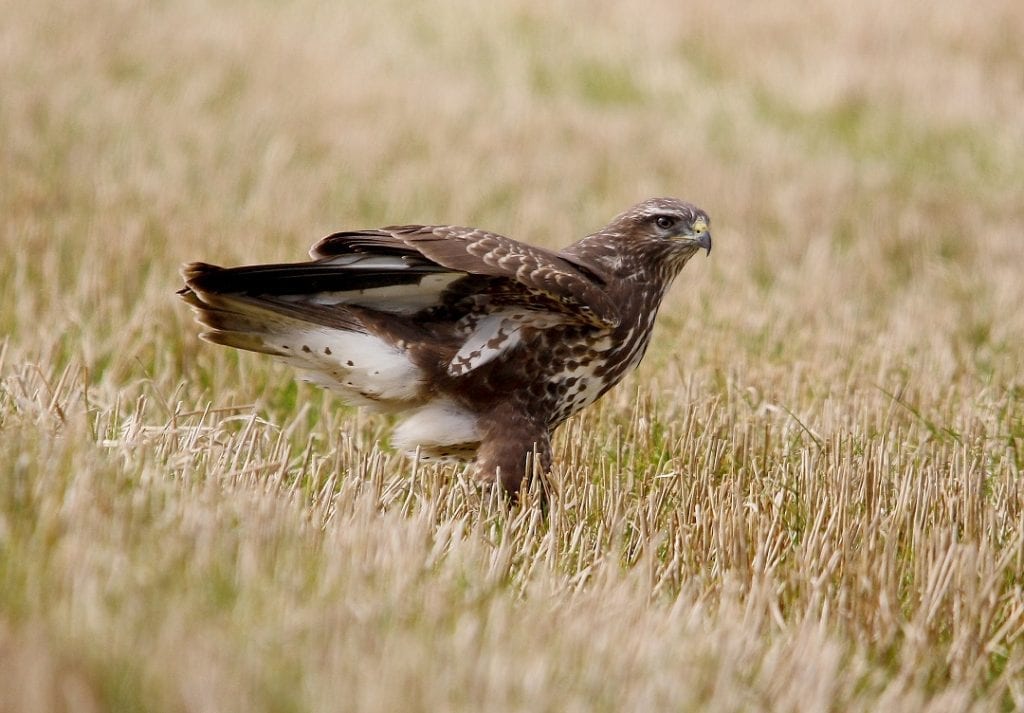 John Lusby, Raptor Conservation Officer with BirdWatch Ireland stated, “History dictates that incidents such as this mass poisoning will continue to occur unless appropriate action is taken. The illegal poisoning of birds of prey is a problem which is not just isolated to Ireland, and we appreciate that crimes such as this can be difficult to investigate, but a lot more needs to be done to effectively tackle the on-going illegal persecution of our birds of prey.”

BirdWatch Ireland also calls for the establishment of a dedicated Wildlife Crime Unit within the Department of Culture, Heritage and the Gaeltacht so that crimes can be effectively investigated and perpetrators brought to justice.

Lusby added, “If we are to take wildlife crimes such as this seriously, we need a dedicated wildlife crime unit and there needs to be proper resources allocated for the effective investigation and enforcement of the Wildlife Act, until this happens, illegal poisonings and other wildlife crimes will continue without consequence throughout the country, it is as simple as that.”

The dead Buzzards were reported to the NPWS by the concerned landowner when he initially found the bodies of several birds on his land, last December. Although it is not known who is responsible for laying the poisons, we do know that the motives of those that persecute birds of prey are inherently flawed and display an ignorance and lack of understanding of our environment, Buzzards and other birds of prey perform a vital role in the wider ecosystem whose prey items include rats, rooks and rabbits. We cannot and should not tolerate the damaging actions of a minority to eradicate them from our countryside.

For more details about Buzzards in Ireland click here

For more details on the illegal poisoning of Mary, the Hen Harrier, click here.