When is a Curlew not a Curlew? Whimbrels May be the bird you’re seeing! 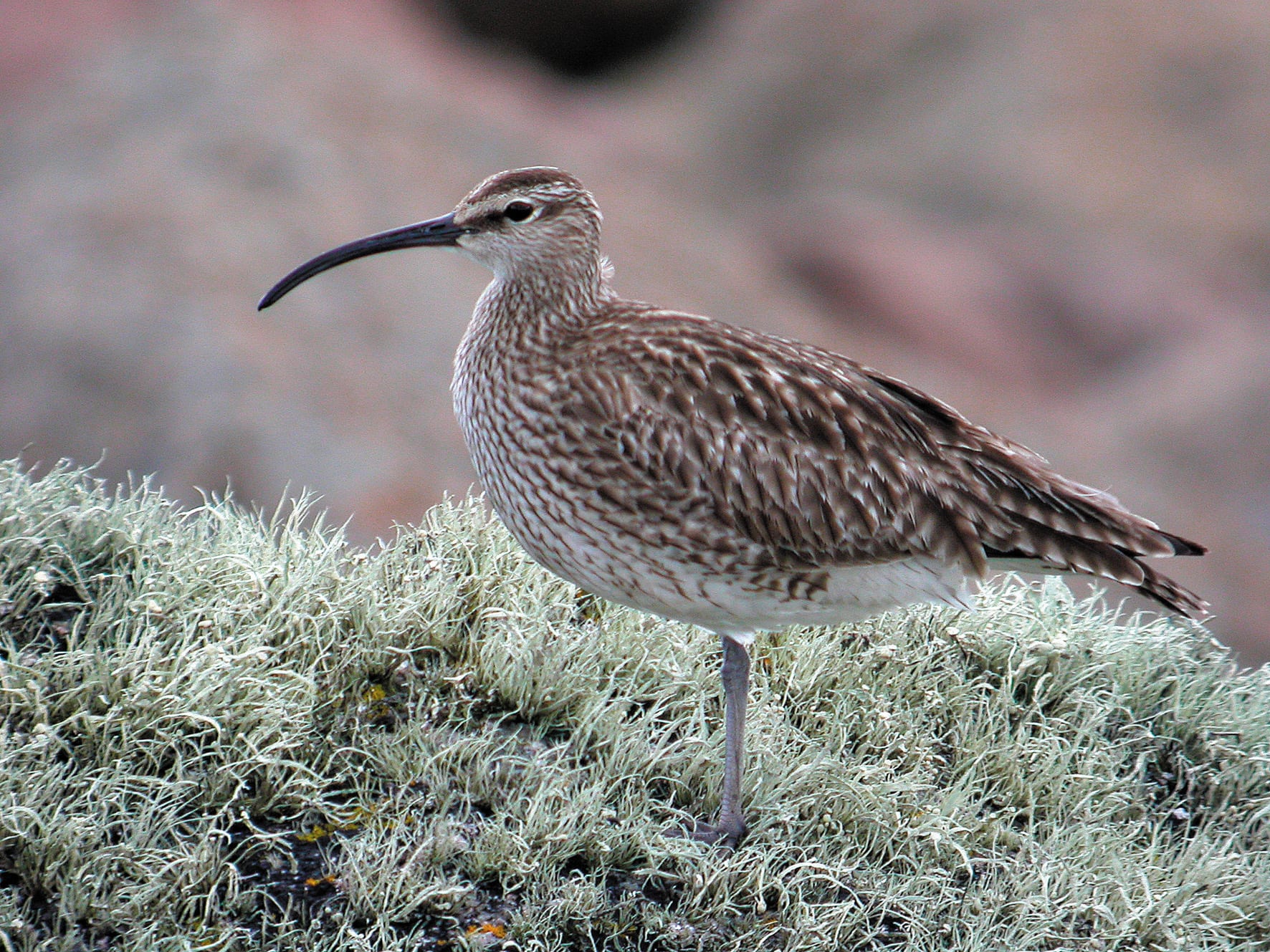 The Irish spring is characterised by some birds leaving for their breeding grounds, having spent six months wintering here, and other birds arriving here to breed, having spent the preceding months in southern Europe, Africa and beyond. We also have some species – termed ‘passage migrants’ that both arrive into Ireland in the spring and then leave very soon after!

For the last few weeks, we at BirdWatch Ireland have received numerous reports of flocks of birds resembling Curlew in their appearance, their sound and their behaviour from right across the country. At this time of year though, our breeding Curlew all paired-up on their breeding territories and so you won’t find a flock of them together (unless they’re non-breeders e.g. birds too young to breed yet). So what looks like a Curlew, sounds like a Curlew, acts like a Curlew but isn’t a Curlew? 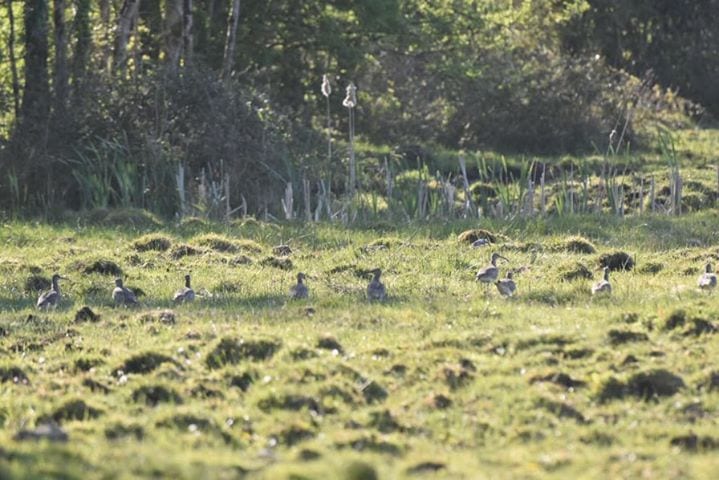 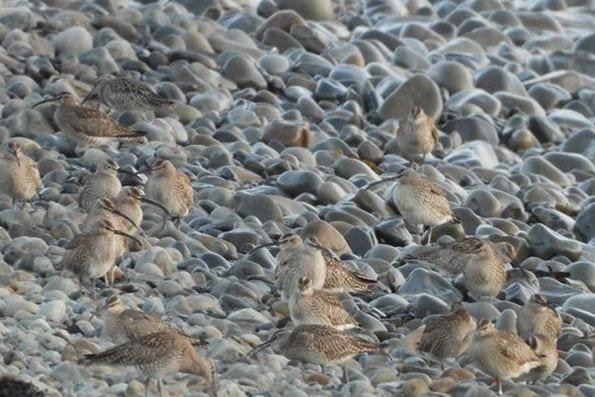 The Whimbrel is a close relative of the Curlew, both being from the Numenius genus which contains nine ‘Curlew/Whimbrel’ species, two of which are extinct. The genus name ‘Numenius’ is derived from the words for ‘new’ and ‘moon’ – a reference to the crescent shape of the bill of this group of birds. Whimbrel look very similar to a Curlew – they’re large as waders go, long legs and have a long, curved bill, and they put these to good use in the same way as our Curlew, by probing in soft sands and soils in wetlands to feed on invertebrates. Whimbrel fall into the category of ‘passage migrant’ however – none breed here, and they don’t winter here either, but rather they stop off in Ireland in spring and autumn when making their journey between their Arctic breeding grounds and West African wintering areas. Their sudden and noticeable appearance at this time of year earned them the name of “May Bird” in years gone by! 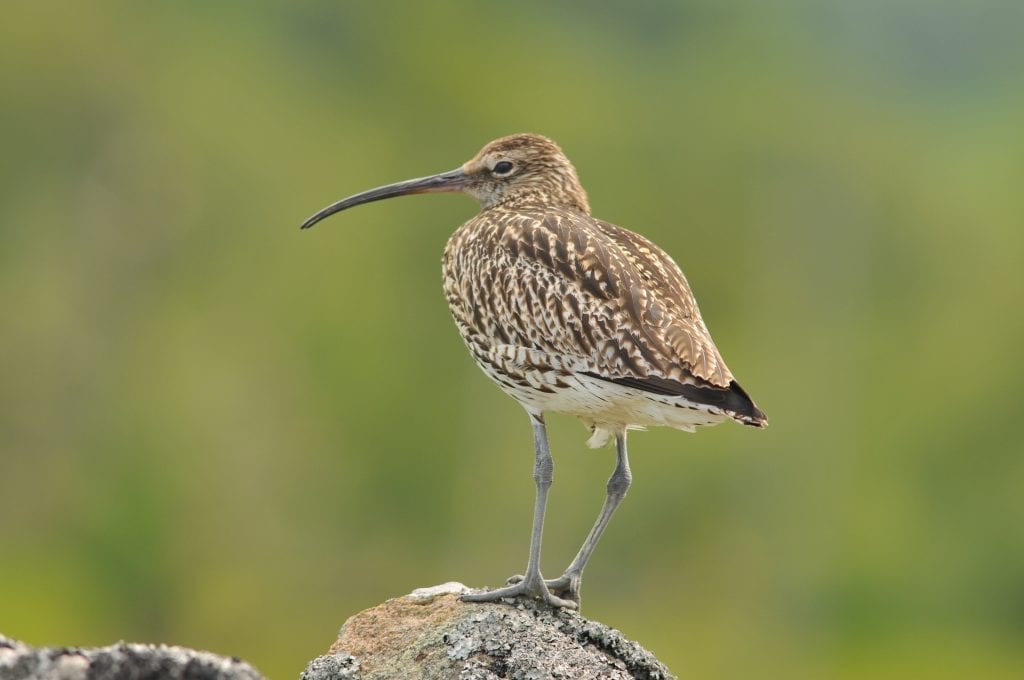 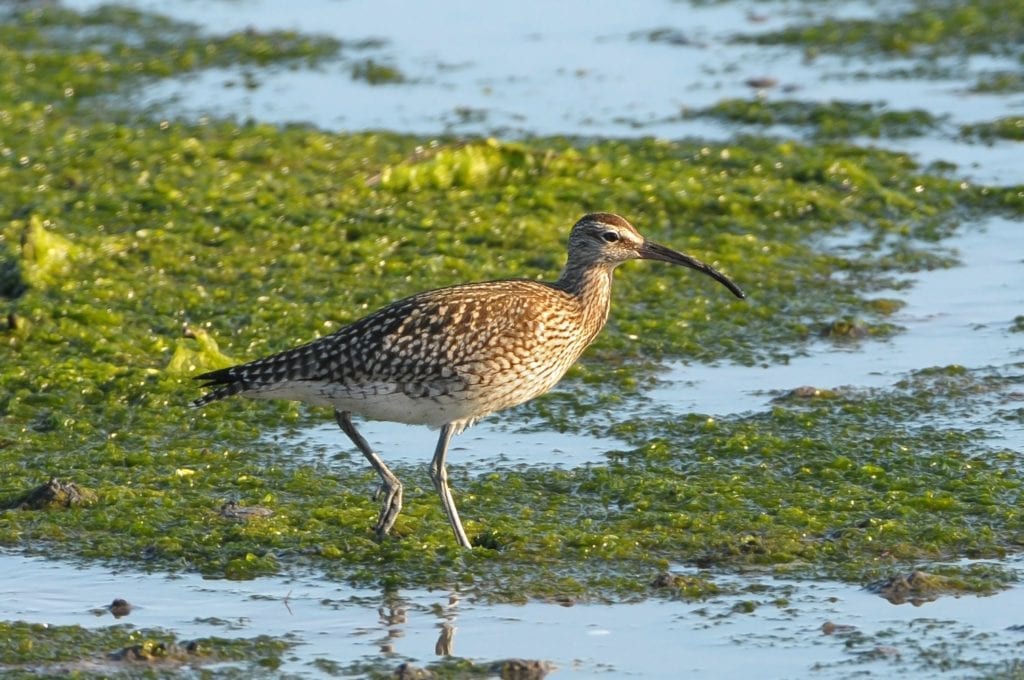 Whimbrel – note the eystripe and ‘abrupt’ curve to the bill.

So how do you tell the difference between Curlew and Whimbrel in the field? Well the first thing is context – as discussed above, if they’re in a flock and it’s April or May, keep in mind that there’s a very good chance they are Whimbrel. Aside from that though, the Whimbrel has a considerably shorter bill than the Curlew. If you get a good look at it, or a photo, you’ll see that the first two-thirds of their bill is actually pretty straight, and the main curve comes abruptly in the last third. Compare that to a Curlew which has a much longer bill and at least half of it is curved. As well as a shorter bill, Whimbrel have shorter legs too. Lastly, a good ID feature is the head pattern – Whimbrel have a (mostly) dark crown, a light stripe above the eye (the ‘supercillium’) and a dark stripe running through the eye. There are other, more subtle plumage details too – but if you can get a decent look at the bill or the patterns on the head you’ll be able to clinch the identification! 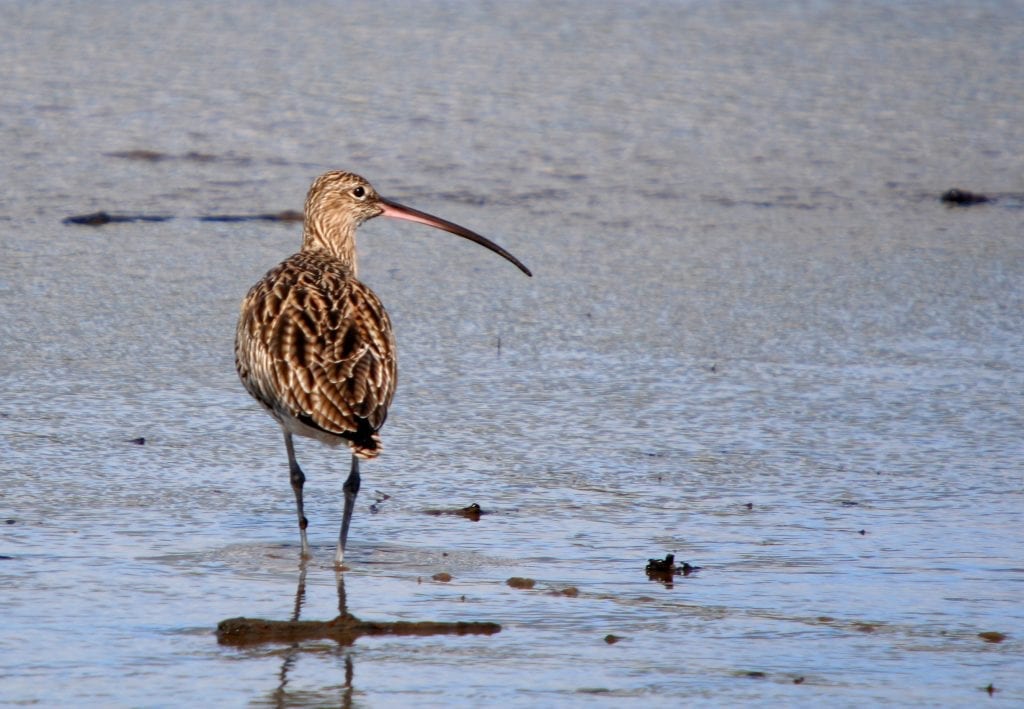 Curlew- note the lack of an eyestripe, the long legs and very long and very curved bill.

To find out more about the Whimbrel or ‘May Bird’, including details of the fascinating migrations these birds undertake, see the Species Focus article below from the Spring 2018 issue of our Wings membership magazine: 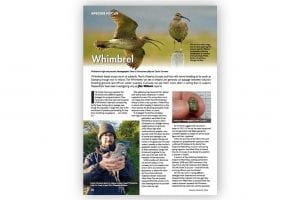