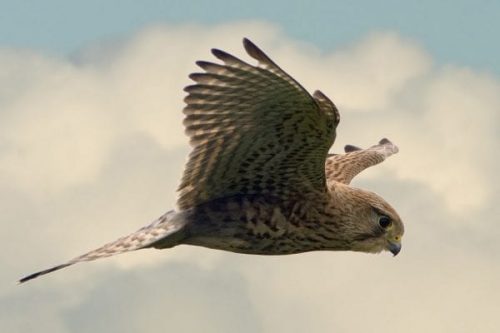 Negotiators on the CAP deal that is being agreed in Brussels are not listening to the science on environmental degradation caused by agriculture policy and are not acting with any urgency to address it.

Oonagh Duggan, Head of Advocacy said
“It is now up to Charlie McConalogue, Minister for Agriculture to use all levers, flexibilities and national exchequer funding to ensure that the Ireland’s CAP Strategic Plan goes beyond what’s been agreed in this deal and to ramp up environmental ambition. We are running out of time to address loss of habitat for birds and pollinators, poor water quality and rising greenhouse gas emissions. We know farmers want to do much more for nature and they must be supported to do so.”

Details of the CAP deal show significant weakening of the proposals put by the European Commission to agriculture ministers to make farming greener. Examples include the weakening of environmental conditions of the basic payment including ‘space for nature’ on farmland and protection for peatlands. Member states will also be allowed to delay full implementation of the important new ecoschemes in Pillar one.

A key opportunity has been missed to address the biodiversity and climate emergencies associated with agriculture and the EU Green Deal is now lacking all credibility.

A recent assessment published by BirdWatch Ireland and the RSPB in Northern Ireland shows that between 1998-2020 there’s been a 45% increase in the number of farmland bird species added to the Red List of birds of highest conservation concern in Ireland. With no evidence of recovery of species that have been suffering long term declines (e.g. Curlew, Corncrake), now even recently common and widespread bird species like the Kestrel are showing sharp declines indicating degradation of habitats in the wider countryside. An environmentally ambitious CAP is critical as a policy to reverse these declines which are a result of previous agriculture policies and to restore nature.

Full analysis of the key CAP deal elements will come at a later stage.