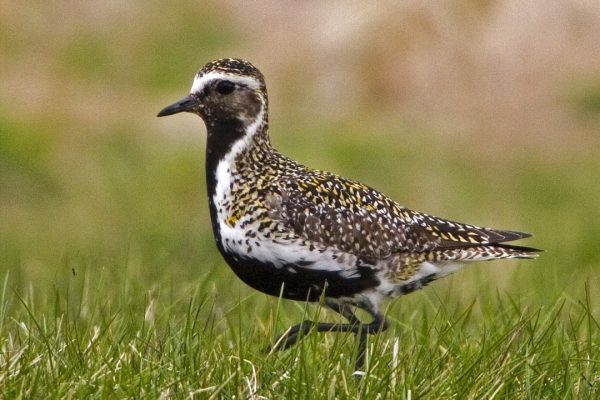 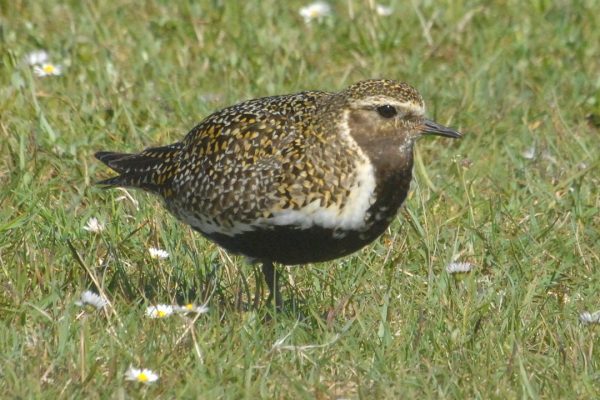 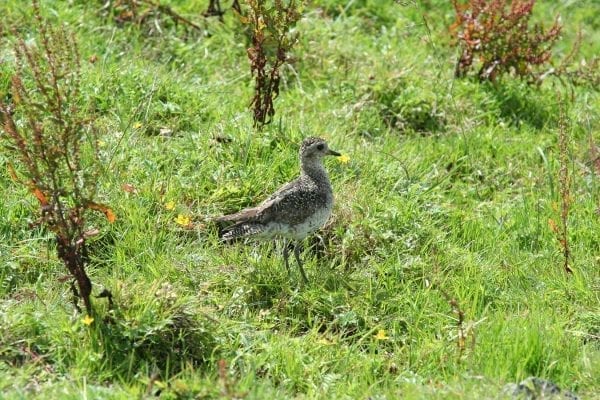 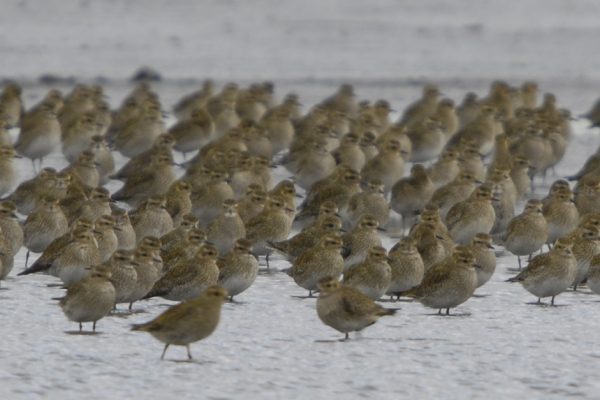 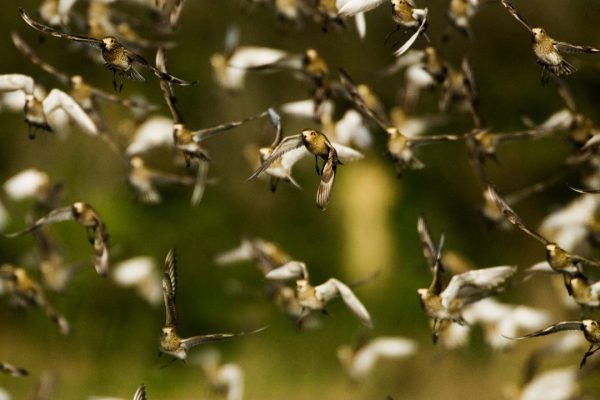 Smaller than Grey Plover, with narrower, more pointed wings. Golden brown upperparts, which look grey at close range. Males in summer have more black below than females - extends from throat, towards each eye, and ventrally under neck, chest and belly. In winter, males and females similar in appearence, with no black underparts.

Flat whistle 'puu' in flight or when alarmed. Rythmic song 'pu-pee-oo' repeated in display flight, often followed by a repeated 'perpurrlya' when alighting, or when on the ground.

Feed on a variety of soil and surface-living invertebrates, principally beetles and earthworms, but also on plant material such as berries, seeds and grasses. They regularly feed in association with Lapwing & Black-headed Gulls.

Throughout the winter, Golden Plovers are regularly found in large, densely-packed flocks, and in a variety of habitats, both coastal and inland. Their distribution is widespread in Ireland.

Breeding in upland blanket bogs in Ireland, predominantly of the West. 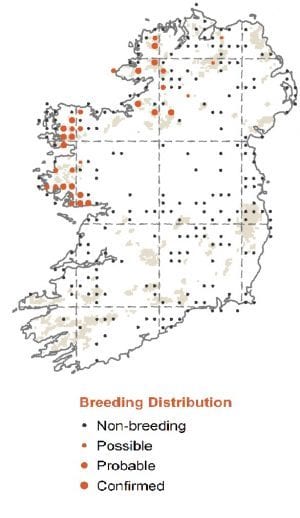 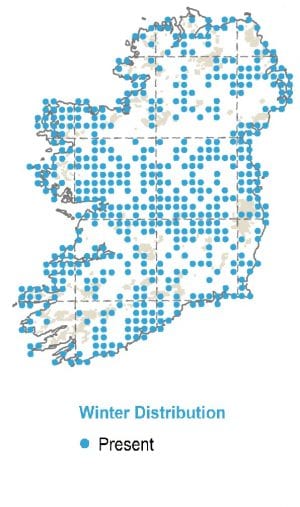 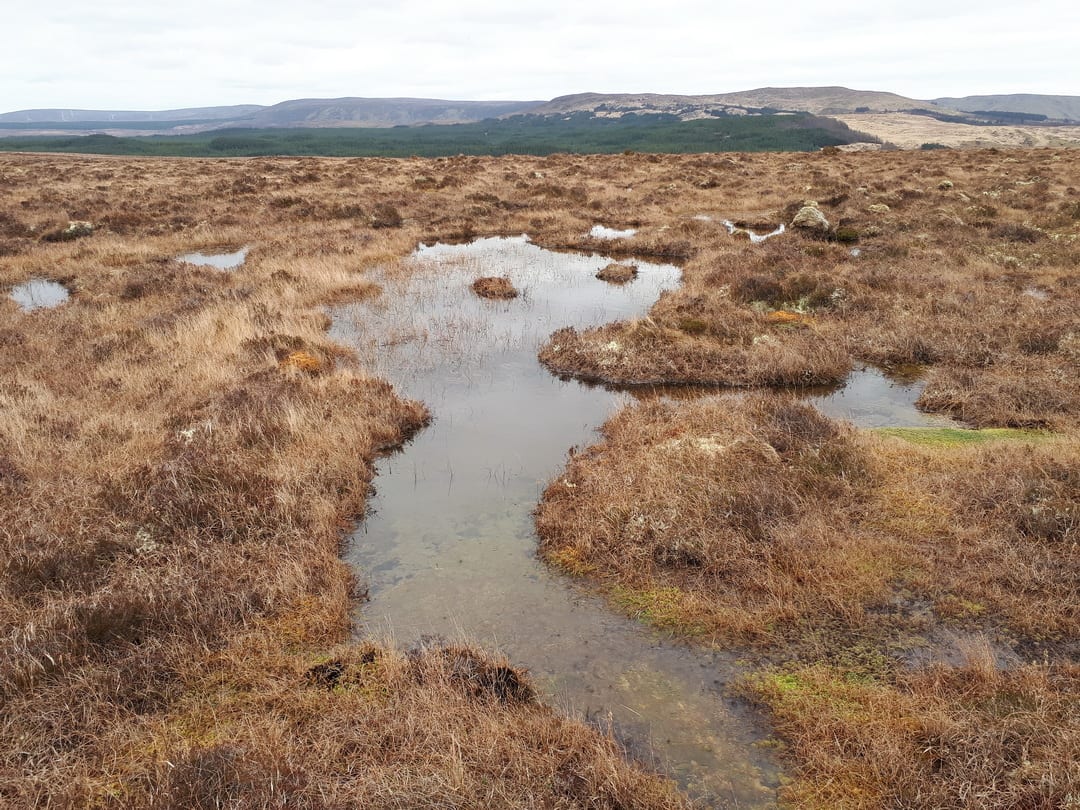 [vc_row type="in_container" full_screen_row_position="middle" scene_position="center" text_color="dark" text_align="left" overlay_strength="0.3" shape_divider_position="bottom"][vc_column column_padding="no-extra-padding" column_padding_position="all" background_color_opacity="1" background_hover_color_opacity="1" column_link_target="_self" column_shadow="none" column_border_radius="none" width="1/1" tablet_width_inherit="default" tablet_text_alignment="default" phone_text_alignment="default" column_border_width="none" column_border_style="solid"][vc_column_text]
The history of this unique habitat, like that of so many other Irish bogs, was a close call with environmental degradation.  Through a collaborative project to restore the bog, the future for the animals and plants of this special area is now more secure. In the wilds of western Sligo and north eastern Mayo, a vast area of upland habitat stretches some 10,500 hectares making up the Ox Mountains Bog Special Area of Conservation.  It is a unique ecosystem with an array of habitats and species specially adapted to life in a very wet and acidic environment.  There are large areas of active blanket bog, wet heath, quaking lawn and bog pool mosaics, as well as more heathery areas of dry heath.  The moss species Sphagnum beothuk, only recently discovered in Ireland, can be found in the wettest areas of the very nutrient poor bog pools.  Carnivorous plants with exotic sounding names out of an alchemists recipe book, such as Oblong-leaved Sundew and Lesser Bladderwort, extend their cunningly evolved traps for insects to supplement their nitrogen intake. Common Cottongrass, with its familiar bright white bobbing cotton heads, is another bog specialist found here and uses large air filled cells in its roots with tubes to the surface to function as snorkels, allowing the plant to survive the oxygen poor environment underground.  Some species of beetle are known to live in these tiny cells as subterranean homes.  The very rare and local Marsh Saxifrage can still be found opening its yellow flowers here in August, and a number of  red listed bird species declining nationally, such as Golden Plover and Greenland White Fronted Geese, still breed or forage in the upland habitats here.  Its a very special place. [gallery columns="2" link="none" size="large" ids="133022,10836"]
The habitats at the Ox Mountains Bog are significant both nationally and internationally.  Blanket Bog is rapidly shrinking globally and Ireland now contains 8% of the global amount of blanket bog, the most of any European country.  This is particularly relevant for Ireland as it attempts to hit its carbon targets and slow the effects of climate change. Peatlands are incredible carbon reservoirs and in Ireland they contain 53% of all of the total soil carbon stored in just 16% of the land area, showing the potential these landscapes have for both sequestering carbon as well as, if poorly managed, releasing it.  This ability peatland has, which far dwarfs the carbon storage potential of forests, is made possible by one of the most humble and widespread of bog inhabitants. Sphagnum mosses, which are widespread in bogs everywhere in Ireland, draw carbon down from the atmosphere and trap it underground.  The decay of these mosses is slowed due to the landscape being saturated with water, which produces an environment of low oxygen and temperature, hindering many decomposing organisms and enabling peat production.  This locks atmospheric carbon away for thousands of years and is an incredible feature of bogs with huge ramifications for global carbon sequestration in the face of climate change.

This means, however, that peat forming bogs are very vulnerable to activities which reduce the water table, such as afforestation or drainage for turf cutting.  Once that water table reduces, the peat dries and oxidation occurs, increasing the acidity above normal levels.  Plant and animal communities which are specialised for high water tables and specific nutrient levels will die off and be replaced by other, often more species poor, assemblages. The land at Fiddandarry, a townland situated in the western section of the SAC, was earmarked for afforestation and all that would entail for the hapless bog inhabitants.  A network of 43 km of drains was dug to prepare the land for plantations.  Those plans for the development of forestry thankfully never proceeded, however these drains still represented a serious environmental impact on the bog communities of the SAC and some of the deepest ones of over a metre depth needed intervention if the habitat was to recover.  Thankfully, it is possible to restore and rewet drained peatland habitats to states which allow active peat production by blocking those drains with peat dams, and allowing Sphagnum to recolonise the wetter space and start peat production once more.  This was where BirdWatch Ireland came in. [gallery columns="2" link="none" size="large" ids="133044,133025"]

Drain blocking works at Fiddandarry, an ideal view of before and after.

BirdWatch Ireland are key deliverers of the ‘Cooperation Across Borders for Biodiversity Project (CABB), which is a joint effort between no less than six partners to try to improve the quality of key peatland and wet grassland habitats for the plants and animals they support.  The project is supported by the European Union’s INTERREG VA programme, and is a €4.9 million 5-year project targeting Special Areas of Conservation across the Republic of Ireland, Northern Ireland, and Scotland.  The work in the project is varied and adaptable to the needs of each site, from works like putting up fencing excluding predators from vulnerable breeding bird sites, to producing longer term targeted strategic plans for improving conservation status of SAC’s.  At Fiddandarry, a scheme to block the network of forestry drains was undertaken, and an approach which would restore and rewet 450 ha of blanket bog habitat has recently been concluded.
This work, along with other efforts undertaken as a part of CABB, has increased the security of an invaluable part of our natural heritage, and made prospects more hopeful for some of our wildest coinhabitants of this island.  If we are to preserve our biodiversity and slow or reverse the effects of climate change, such efforts will remain of utmost importance long into the future.

CABB is supported by the European Union’s INTERREG VA programme, managed by the Special EU Programmes Body (SEUPB). Match-funding has been provided by the Department of Agriculture, Environment and Rural Affairs in Northern Ireland, the Department of Housing, Planning, Community and Local Government in Ireland, RSPB Scotland and Mines Restoration Ltd.
Learn more about CABB here: https://birdwatchireland.ie/our-work/species-habitat-conservation/countryside-wetlands/cooperation-across-borders-for-biodiversity-cabb/
[/vc_column_text][/vc_column][/vc_row] 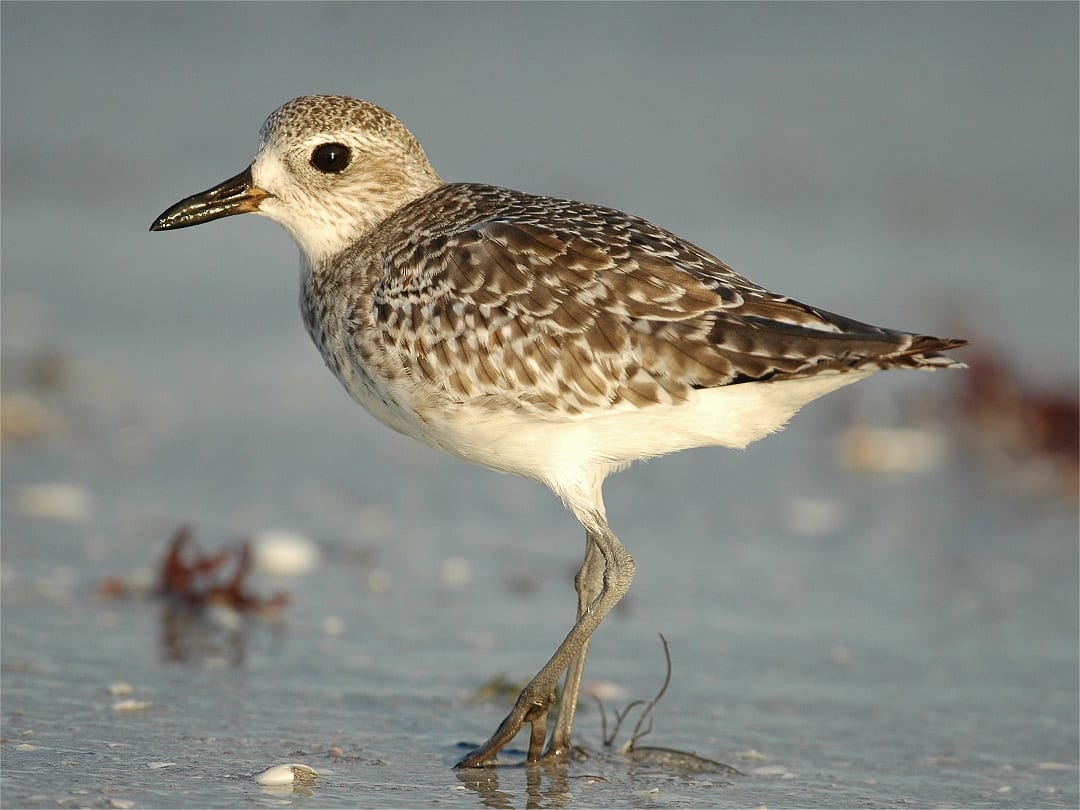